Poll: Majority of voters want Biden to make way for someone else in 2024

A majority of voters said President Biden should make way for someone else in 2024 instead of running for re-election, a new Hill-HarrisX poll finds.

Sixty-one percent of registered voters in the Nov. 9-10 survey said Biden should make way for another figure in 2024.

By contrast, 24 percent of respondents said he should run for president again and 15 percent they were unsure. 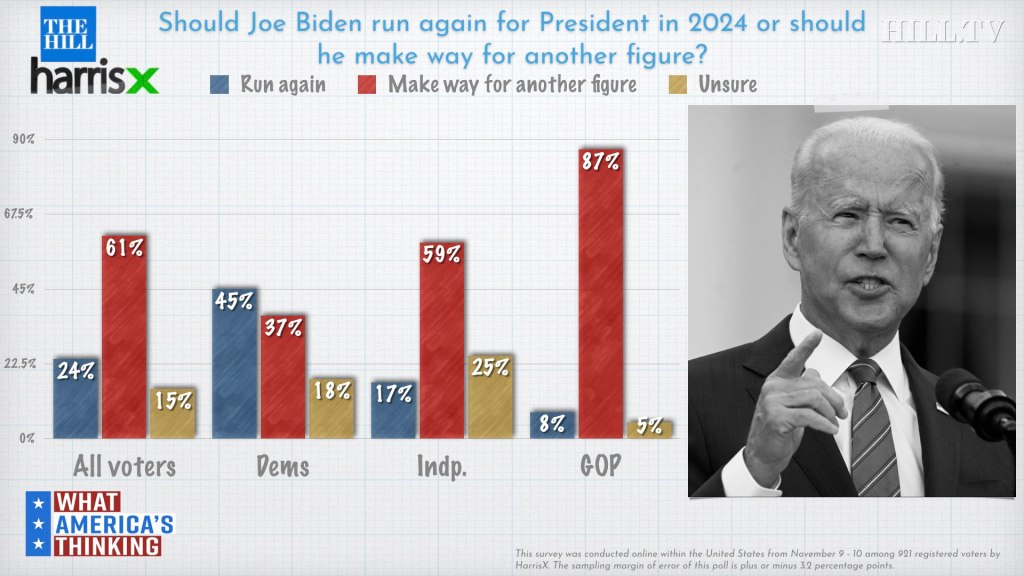 A plurality of Democrats, 45 percent, said they want Biden to run again while 37 percent said he should move aside for someone else and 18 percent are unsure.

Eighty-seven percent of Republicans and 59 percent of independents said Biden, who would be 81 in 2024, should make way for another presidential candidate in 2024.

The Hill-HarrisX poll was conducted online among 921 registered voters between Nov. 9-10. It has a margin of error of plus or minus 3.2 percentage points.

15 hours ago
Rising
2 days ago