A majority of voters say they plan to spend about the same amount of money on holiday shopping as last year, a new Hill-HarrisX poll finds.

Fifty-two percent of registered voters in the Dec. 6-7 survey said they plan to spend about the same as last year on holiday shopping. 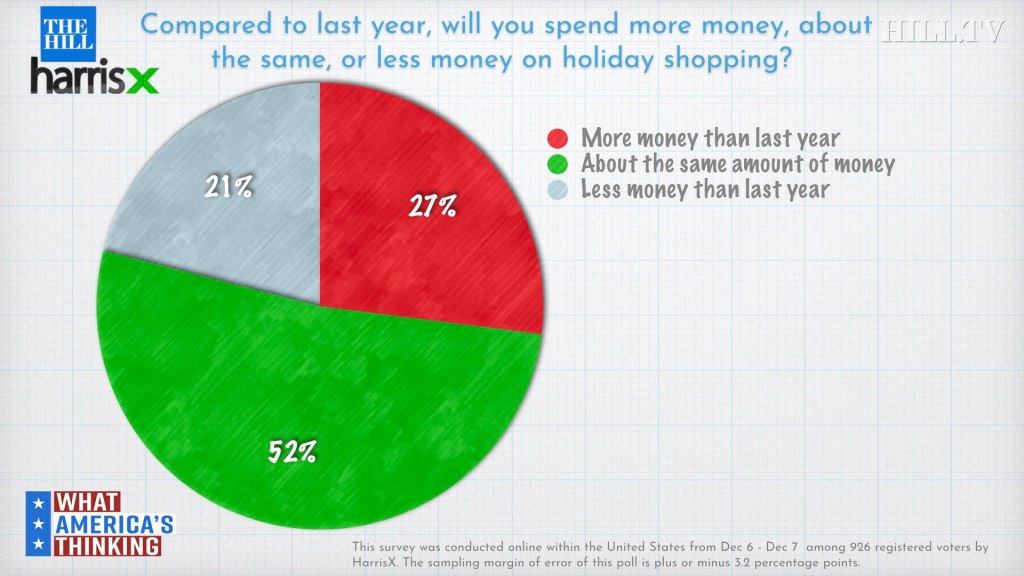 On Thursday, the Labor Department reported that new claims for unemployment insurance dropped to 184,000 last week, falling to their lowest level in more than 52 years.

Data released by the department of Friday, however, showed annual inflation reaching its highest mark since 1982, with consumer prices surging 6.8 percent in the 12-month period that ended in November.

The Hill-HarrisX poll was conducted online among registered voters between Oct. 18 and 19. It has a margin of error of plus or minus 2.96 percentage points.