The Hill’s 12:30 Report — Trump gets deal with Mexico to overhaul NAFTA

Feeling a little left out, Canada?: 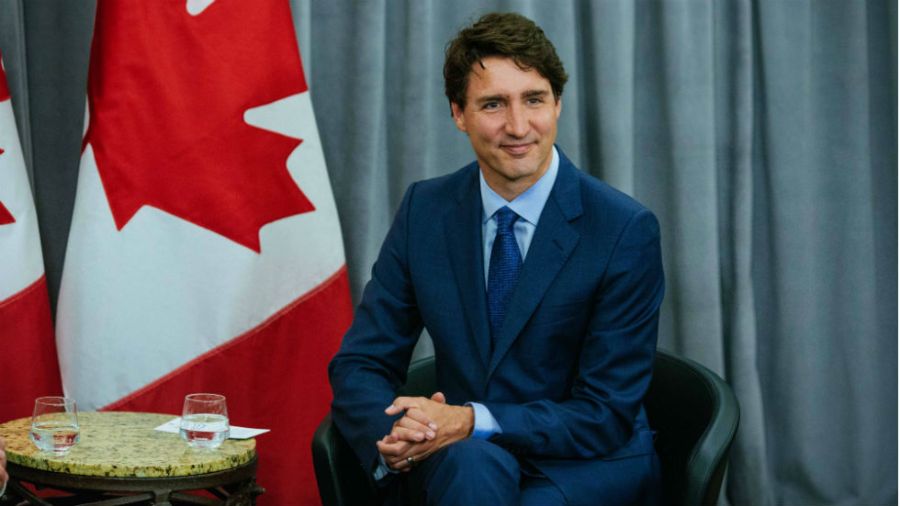 President Trump just announced that the United States and Mexico have reached a preliminary agreement to overhaul the North American Free Trade Agreement (NAFTA). Yeah, but: The NAFTA name will not be used for the new agreement. The next step: Bringing Canada on board. During the announcement, Trump said, “we’ll see if Canada can be part of deal.” http://bit.ly/2oegBTa

On the speakerphone announcement: “This is very likely a first in history: A White House pool spray where the president of the US puts a foreign leader on speakerphone.” (Tweet from NBC’s Josh Lederman) http://bit.ly/2wrw3ix

Trump on his diplomacy: Trump said, “I’ve had a lot of good meetings that some people weren’t sure if they were good or not.” http://bit.ly/2PHQMHW

How the stock market reacted: Via CNBC, stocks jumped after the news of a NAFTA deal. “The Nasdaq Composite climbed 0.6 percent to an all-time high, breaking above 8,000 for the first time.” https://cnb.cx/2Pd8zFP

It’s Monday — welcome back. I’m Cate Martel with a quick recap of the morning and what’s coming up. Send comments, story ideas and events for our radar to cmartel@thehill.com, @CateMartel and on Facebook.

Trending — flags at the White House:

The flags at the White House have returned to full staff after they were lowered Saturday evening to honor Sen. John McCain (R-Ariz.). Why this is worth mentioning: Several reporters and commentators noted that flags usually remain lowered for lawmakers until their funerals. Photos: http://bit.ly/2MAtu8Y

Photo comparison: “Camera shot facing south over the White House — you can see the flag at the WH at full staff while the flags surrounding the Washington Monument are lowered.” Photo: http://bit.ly/2BQz4Pj

The norm: “There was no official proclamation from President Trump (as he has done in the past for other notable figures passing).” http://bit.ly/2Nq85f7

OH AND REGARDING THE WHITE HOUSE AND MCCAIN: Via The Washington Post’s Josh Dawsey, President Trump rejected a drafted White House statement that praised Sen. John McCain (R-Ariz.) for his military and Senate service. What Trump changed it to: Just a condolence without any praise for the senator. “My deepest sympathies and respect go out to the family of Senator John McCain. Our hearts and prayers are with you!” Trump tweeted. https://wapo.st/2wnhooC

Why Paul Manafort didn’t get to manage the 2008 Republican National Convention:

Via The Atlantic’s Franklin Foer, “[Paul Manafort] saw managing the 2008 Republican Convention as almost a birthright. But [Sen. John McCain] denied him the job. He couldn’t abide Manafort’s pro-Russian clients–and told him so.” Full story: http://bit.ly/2wns9Hw

Statement from his wife, Cindy McCain: She tweeted, “My heart is broken. I am so lucky to have lived the adventure of loving this incredible man for 38 years. He passed the way he lived, on his own terms, surrounded by the people he loved, in the place he loved best.” http://bit.ly/2ocNsaZ

Statement from his daughter, Meghan McCain: She posted a statement on Twitter: http://bit.ly/2LtArTK

Wow, this is a spectacular photo: Here’s a photo of the Capitol shortly after McCain passed away. http://bit.ly/2PJ2oKP

Well this is in poor taste: On Friday, the McCain family released a statement that the senator would end his cancer treatment. Arizona GOP Senate candidate Kelli Ward questioned whether it was a “coincidence” that the statement was released on the same day she started her campaign bus tour, insinuating it was to hurt her campaign. Keep in mind: McCain passed away the following day. https://kare11.tv/2wqVaSO

Funeral details: A national memorial service for the late Sen. John McCain (R-Ariz.) will be held Saturday at Washington National Cathedral. McCain, a former naval aviator, will then be buried at the U.S. Naval Academy in Annapolis, Md., on Sunday. Details: http://bit.ly/2My1Md1

Giving eulogies: John McCain requested that former Presidents Obama and George W. Bush give the eulogies at his funeral. And according to The New York Times, “Mr. McCain quietly declared before his death that he did not want Mr. Trump to take part in his funeral.” https://cbsn.ws/2MQpWPa

Haha, this is one of my favorite McCain moments: Last year, John McCain photobombed the live shot of CNN reporter Manu Raju, giving him devil horns. Then when a CNN producer tweeted the video, McCain responded, “After all these years … revenge!” Watch — it’s incredible: https://washex.am/2PIktsi

This was quite the campaign moment: During the 2008 presidential race, McCain, then the Republican nominee, was asked about then-Sen. Barack Obama’s (D-Ill.) morals. McCain’s reaction is fascinating. Watch — oh how politics have changed in the past 10 years: http://bit.ly/2okJDRr

Tidbit from The Hill’s Melanie Zanona: “On my way to MSNBC, my driver just told me that he drove Sen. John McCain many times and he ‘always sat in the front seat.’ I know it sounds like a small gesture, but in a town ruled by egos, it was such a touching thing to hear — and speaks so much to McCain’s character.” http://bit.ly/2BPj6VE

Throwback to 1992: Here’s video from 1992 of McCain reflecting on his experiences in the Vietnam War. Watch: https://cs.pn/2obKJ1D

Tributes have poured in: Current and former lawmakers from both sides of the aisle have shown an outpouring of support for McCain. Tributes: http://bit.ly/2NiYaYu

Good read on what it was like to cover McCain for nearly two decades: From CNN’s Dana Bash: https://cnn.it/2No4FJN

From The New York Times’s Peter Baker: “What made McCain remarkable in American politics is not that he was perfect but that he knew he wasn’t.” http://bit.ly/2BRGths

The “year of the woman,” sorta:

Via The Hill’s Melanie Zanona and Juliegrace Brufke, “House Republicans had hoped an aggressive recruitment push during the ‘year of the woman’ would help boost the number of female lawmakers in their conference next year. But a little more than two months before Election Day, things haven’t gone as planned.” How so: http://bit.ly/2ws3UYO

Over the weekend — two killed at a video game tournament:

This week in Congress — lots of remembrances:

Via The Hill’s Jordain Carney, senators are returning to Washington just two days after the passing of Sen. John McCain (R-Ariz.). This week: “Senators will gather together late Monday afternoon, as well as the Tuesday caucus lunches, for the first time since Friday’s announcement that McCain had ended medical treatment and approximately 30 hours later had passed away. Senators are expected to continue to remember McCain throughout the week.”

What usually happens when a senator passes away: “Though it hasn’t been announced, customarily when a senator dies a black cloth is draped across their desk and flowers placed on top. Senators will also likely come to the floor to give speeches about McCain.”

What else is happening this week — nominations: Senators are working on 17 nominations this week. http://bit.ly/2wpr0PR

Trending — they see me rolling:

Keep in mind: Rep. Beto O’Rourke (D) is running for Senate in Texas.

September 17: The D.C. trial against President Trump’s former campaign chairman Paul Manafort. Wasn’t there just a trial?: Yes, that trial was in Virginia. This second trial will dive more into his lobbying work. https://wapo.st/2NlhyEh

After 116 years, Nabisco is redesigning the animal cracker box to remove the animals from their cages. https://wapo.st/2BPtVXP

And because you made it this far, here’s a patient dog who has figured out how to efficiently feed the rabbits and pigs: http://bit.ly/2BSuOz2