The Hill’s 12:30 Report — Presented by UANI — Pelosi looks to play hardball on timing of impeachment trial

WHAT HAPPENS NEXT IN THE IMPEACHMENT 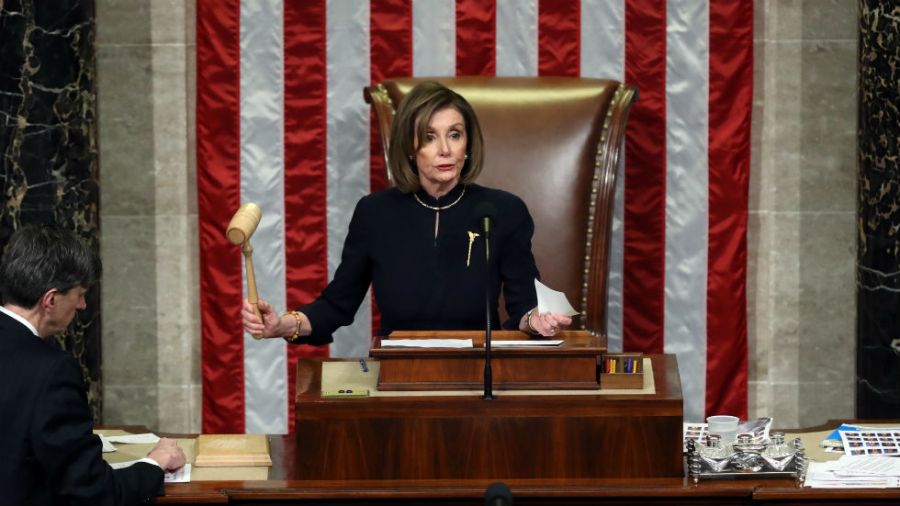 What’s next: The articles of impeachment would normally head straight to the Senate for a trial. But right after the House impeached Trump, Speaker Nancy Pelosi (D-Calif.) refused to say when — or even if (!) — Democrats will send the articles to the Senate. http://bit.ly/2PA84Zg

Why Pelosi might ~not~ immediately send the impeachment articles to the Senate: Democrats are worried that Senate Majority Leader Mitch McConnell (R-Ky.) won’t conduct a fair trial. Even McConnell said he will not be an impartial juror. “I’m not impartial about this at all,” McConnell told reporters a few days ago. http://bit.ly/34zDV0n

The sticking point in the Senate: Whether to call witnesses to testify.

What Pelosi will require before formally sending the articles over: She said she needs to “see what the process is on the Senate side” first. “So far we haven’t seen anything that looks fair to us,” Pelosi saidl http://bit.ly/2PA84Zg

What House Majority Leader Steny Hoyer (D-Md.) said earlier this week on a possible delay: “I don’t think that that’s the path we’ll follow. But that does not mean that we will immediately deliver. There are considerations related to other legislation. As I understand the rules of the Senate, once they receive the articles, they have to act. They have to go into trial. They can’t do any other work.”

What would happen if there was never a trial: President Trump would never formally be acquitted of the charges. But impeachment without having a trial could also look purely political and backfire on Democrats.

JUST NOW — PELOSI HAS MORE TO SAY ABOUT THE SENATE TRIAL:

On next steps: “The next thing for us will be when we see the process that is set forth in the Senate, then we’ll know the number of managers that we may have to go forward, and who we would choose,” Pelosi said. http://bit.ly/2tzPckK 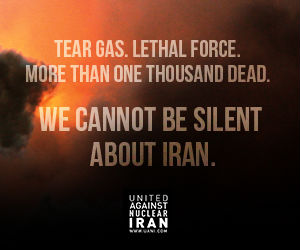 The 12:30 Report will be off starting for the holidays starting on Monday and will return in the new year! Merry Christmas, Happy Hanukkah and Happy New Year!!

KEEP IN MIND ABOUT CONGRESS TODAY:

Via The Associated Press’s Andrew Taylor, “The only thing you really need to know about Capitol Hill today is that everybody wants to go home. Therefore the things that have to happen (USMCA, Omni and a ton of Mitch McConnell’s judges) will happen, possibly by dusk. Anything on the Senate trial is not one of those things” http://bit.ly/34CsZ28

REACTIONS TO THE IMPEACHMENT

Pelosi held a press conference: “It seems like people have a spring in their step because the president has been held accountable for his reckless behavior. No one is above the law… I have a spring in my step because of the moral courage of our caucus.” Livestream of Pelosi’s remarks: https://cs.pn/2PBP1hm

What McConnell said from the Senate floor this morning: “Let’s be clear: the House’s vote yesterday was not some neutral judgment. … It was the predetermined end of a partisan crusade … Now, their slapdash process has concluded in the first purely partisan presidential impeachment since the wake of the civil war.” http://bit.ly/2Z3wQEc

Democrats think Trump could still win in November despite impeachment: The gist of why: A robust economy and strong support in swing states like Michigan and Wisconsin. Full reasoning, via The Hill’s Amie Parnes: http://bit.ly/35DZy0X

Here’s a full thread of local newspaper covers this morning: Via The Hill’s Reid Wilson: http://bit.ly/2Sff3bI

SIGHTS AND SOUNDS FROM THE HOUSE FLOOR:

Mama Nancy is not putting up with ANY nonsense: After Pelosi gaveled the first impeachment vote, she motioned to shut down any cheers from her caucus. Video — that LOOK on her face: http://bit.ly/2Sj895F

Pelosi chatting with Jerrold Nadler (D-N.Y.) after the vote: She is so expressive in this! Watch: http://bit.ly/2r6o8bP

Why voting took longer than usual: “LOTS of lawmakers are voting by hand — a way to preserve their vote in the House archives. This will take exponentially longer than voting by electronic device, which they are also permitted to do” (Via Politico’s Jake Sherman) http://bit.ly/2sKvm5C

Getting traction — staffers appeared to have a little wine party in a California Democrat’s office: Here’s a photo from Free Beacon’s Brent Scher: http://bit.ly/2sHrGlq

That was a beautiful sunset last night: Here’s a photo taken from the Capitol: http://bit.ly/2ED5v2d

Tidbit — some lawmakers usually wear red on Wednesdays: “Many female House Dems usually wear red on Wednesdays to show solidarity with issues like human trafficking. But Rep. Dingell (who’s wearing dark grey coat) explained, ‘We said, ‘We can’t do that today,’ so many of the women are in darker colors because it is a somber day.’” (Via The Hill’s Cristina Marcos) http://bit.ly/2sCSqUb

If you’re wondering about who was presiding over the House floor debate: It is Rep. Diana DeGette (D-Colo.) https://cnn.it/2MaxASL

Spotted in the Capitol: Michael Moore. Photo of Moore after the impeachment vote: http://bit.ly/2Q0OTqt

Also spotted on the House floor: “Steve CASTOR who is the omnipresent master of the GOP counterimpeachment strategy.” (Via Politico’s Kyle Cheney) http://bit.ly/35yRzSQ

Throwback: Check out the tickets for the last two presidential impeachments in the United States. Photos: http://bit.ly/2Q0ow4f

The next firestorm — telling a widow that her recently deceased husband may be in hell:

During President Trump’s campaign rally in Michigan last night, he went after the late Rep. John Dingell (D-Mich.), saying, “maybe he’s looking up” instead of looking down. http://bit.ly/38TE9D8

Keep in mind: Trump said this in Michigan. John Dingell, who died last February at 92 and was the longest-serving member of Congress, represented a district in Michigan.

Dingell tweeted, “Mr. President, let’s set politics aside. My husband earned all his accolades after a lifetime of service. I’m preparing for the first holiday season without the man I love. You brought me down in a way you can never imagine and your hurtful words just made my healing much harder.” http://bit.ly/2S9NAsi

From Rep. Haley Stevens (D-Mich.): “This is shameful Mr. President. Insinuating that John Dingell, a loving catholic, WWII hero, now rests in hell. How dare you? I have no words for the pain you are causing my dear friend Debbie Dingell and the people of Michigan right now.” http://bit.ly/2Q148Ql

From Cindy McCain, the wife of late Sen. John McCain (R-Ariz.): “I’m terribly sorry. Please know I am thinking about you.” http://bit.ly/2S5p2Ax

From Rep. Paul Mitchell (R-Mich.): “John Dingell was a well-respected man & I consider Debbie a close colleague and friend. To use his name in such a dishonorable manner at last night’s rally is unacceptable from anyone, let alone the President of the United States. An apology is due, Mr. President” http://bit.ly/2Z3TJrj

In an interview on ABC’s “Good Morning America,” White House press secretary Stephanie Grisham described the president as a “counter-puncher.”

Grisham on why Trump said what he said: “You’d have to talk to the president about that. He was at a political rally. He has been under attack and under impeachment attack for the last few months and then just under attack politically for the last two and a half years. We all know the president is a counter-puncher. It was a very, very supportive and wild crowd and he was just riffing on some of the things that had been happening the last few days.”

SIGHTS AND SOUNDS FROM THE TRUMP RALLY:

This is a pretty cool photo: Here is a photo captured by The New York Times’s Doug Mills of President Trump before he left for his rally. Photo: http://bit.ly/2SbIgV5

Wowza — check out this holiday sweater worn by a Trump supporter: http://bit.ly/2Z08cVa

Via The Hill’s Al Weaver, Trump ally Rep. Mark Meadows (R-N.C.) announced this morning that he is retiring from Congress at the end of this term. http://bit.ly/34xYFFW

Meadows said in a statement: “For everything there is a season. After prayerful consideration and discussion with family, today I’m announcing that my time serving Western North Carolina in Congress will come to a close at the end of this term. This was a decision I struggled with greatly.”

Thousands of civilians flooded the streets of Tehran to protest conditions under the regime’s leadership – and they were met with a massacre. The U.S. and Europe must condemn this human rights crisis. Learn more.

It’s getting festive in Thune’s office, bison and all pic.twitter.com/tYlPT2Id2q

The House and Senate are in. President Trump is at the White House. Vice President Pence has no public events on his schedule.

‘Washington Is the Most Exciting Food City in America’ — tell me more:

Via Bloomberg’s Kate Krader, “Despite the hype from such places as L.A., the nation’s capital is the town everyone should pay attention to.” Reasoning: https://bloom.bg/35MAEfy

And because this is pretty insane, here are two sea lions who have taken over a sailboat to have their own Yacht Week: http://bit.ly/2S7DHLu