ON THE GROUND IN NEW HAMPSHIRE 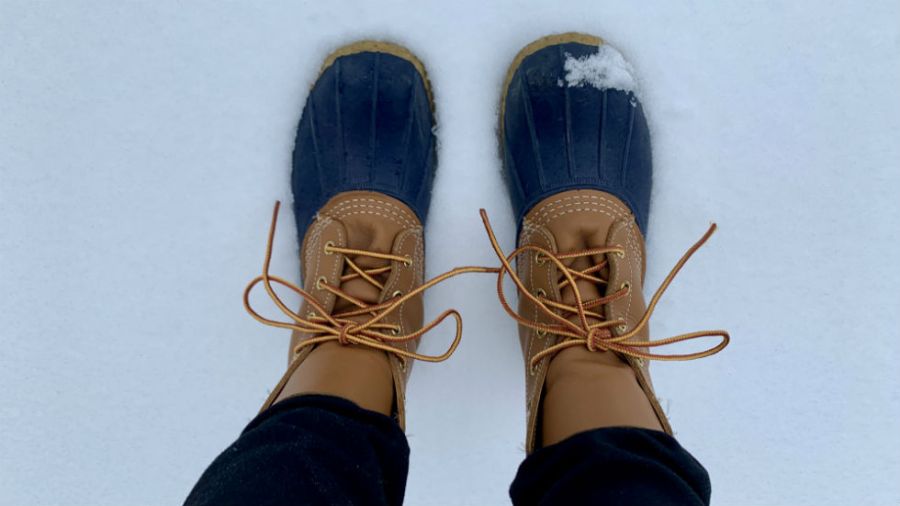 MANCHESTER, N.H. — It’s a snowy morning in southern New Hampshire, slowing down journalists, supporters and politicos who are trying to get to campaign stops in the final stretch. I’m filing from Sen. Amy Klobuchar‘s (D-Minn.) campaign stop in Manchester, where she is speaking at the World Affairs Council.

And when I say snow: It snowed overnight and has slowly shifted to a gross wintry mix this morning.

Photo of the media at the event: I’d say there are as many media members as there are attendees: http://bit.ly/2Utciom

And here’s a photo of Klobuchar as she begins her remarks: http://bit.ly/39c4uLP

Happy Thursday! Filing with my snow boots, hand warmers and a coffee, I’m Cate Martel  with a quick recap of the morning and what’s coming up. Send comments, story ideas and events for our radar to cmartel@thehill.com — and follow along on Twitter @CateMartel and Facebook.

The Warren campaign has this down to an exact science:

This is good campaign trail content: Here’s an antenna guy shouting at Biden. Do you have a better way to describe hm other than ‘antenna guy?’ Watch: http://bit.ly/2OxmBUN

Antenna guy got around: “This antenna guy followed @joebiden out of the venue and then tried to jump in [NBC’s Mike Memoli‘s] liveshot. Fun times in New Hampshire!” (Via The Daily Mail’s Nikki Schwab) Photo: http://bit.ly/3bf0wUE

What Biden had to say about Iowa: “I’m not going to sugar coat it, we took a gut punch in Iowa.” Watch his full comments: http://bit.ly/2Uv1m9L

Biden, who has struggled with stuttering, showed a 12-year-old how he marks up speeches: “Joe Biden invited 12-year-old Brayden Harrington backstage Tuesday in Concord to talk about his stutter, and showed him how he marks up speeches. ‘He was basically showing him a strategy. He normalized it,’ Brayden’s father Owen said.” (Via CNN’s Kate Sullivan and Eric Bradner) Photos: http://bit.ly/2vVJfQi

Finding the perfect pose: Biden posed for a photo with a group of attendees in AARP jackets. Photo of Biden crouched over: http://bit.ly/2ufVIxT

Sanders on why he wore a tie on Wednesday: “[Sen. Sanders (I-Vt.)] notes he’s wearing a tie today because he’s going to D.C. after this to vote to remove Trump for office. His comments about impeachment are going on longer than usual, he’s talking about he learned a lot about the constitution during the impeachment trial.” (Via The Wall Street Journal’s Eliza Collins) Photo: http://bit.ly/39aJpBB

The Airport Diner does have excellent omelets 😉

At the Airport Diner w/ Jane, Bernie is asked by a fan what he had for breakfast. “An omelet,” he answered, sans smile. “Excellent.” pic.twitter.com/A4wiMhUMKK

Here’s a photo of Yang speaking to climate activists in Concord: http://bit.ly/383Yg0F

One of Yang’s big applause lines: “when he said he doesn’t dislike Trump supporters. He loves them and wants to help improve their lives.” (Via WHDH’s Brandon Gunnoe)  http://bit.ly/2S4axN6

FROM TULSI GABBARD IN NEW HAMPSHIRE:

Gabbard’s campaign protested outside of Saint Anselm College: CNN is hosting eight Democratic presidential candidates for televised town halls this week, and Rep. Tulsi Gabbard (D-Hawaii) was notably missing from the lineup. So, a group of more than 100 supporters held signs and protested CNN. (Via Boston.com’s Nik DeCosta-Klipa) Watch: http://bit.ly/2S3cVDt

Aw, look at the dog who backs Gabbard!: http://bit.ly/2H1Hrre

A woman asking Gabbard a question was filming, so Gabbard grabbed her phone and recorded her: Here is video: http://bit.ly/2H5VQ5v

HOW IOWA HAS RAISED THE STAKES FOR PETE BUTTIGIEG IN NEW HAMPSHIRE:

Via The Hill’s Amie Parnes and Jonathan Easley: http://bit.ly/2tyGhQM

WHERE TO FIND THE CANDIDATES TODAY:

Five days from the New Hampshire primary — and one day from a high-stakes debate — Joe Biden has no events in the state. And a charter plane last night flew from Manchester, NH, to Wilmington, Delaware. pic.twitter.com/byoobThTpB

THE LATEST RESULTS IN IOWA

We are up to 97 percent of precincts reporting!

Democratic National Committee Chair Tom Perez just called for a recanvass in Iowa after the blunder with its caucus results. http://bit.ly/2S22iRw

Perez tweeted: “Enough is enough. In light of the problems that have emerged in the implementation of the delegate selection plan and in order to assure public confidence in the results, I am calling on the Iowa Democratic Party to immediately begin a recanvass.”

President Trump is holding a press conference in the White House to discuss his acquittal of the two impeachment articles. Here are a few highlights:

On the impeachment trial: “It was all bullshit,” Trump says. http://bit.ly/2OwBgzF

On whether he did anything wrong — Oh.: “‘I’ve done things wrong in my life I will admit …’ says Pres. Trump but he insists not in this matter.” http://bit.ly/2OxKoUy

On Russia: “We ended up winning on Russia, Russia, Russia. They kept it going forever because they wanted to inflict political pain on somebody who had just won an election to a lot of people who were surprised.” http://bit.ly/39bdYaj

Photo from the room: http://bit.ly/2vYPeUB

‘Acquitted and it feels so good!’:

The morning after his acquittal of impeachment articles, President Trump showed off newspaper headlines from USA Today and The Washington Post at the National Prayer Breakfast. http://bit.ly/36X7IS4

Video of Trump showing off the headlines: http://bit.ly/31CmTPt

In Trump’s words: “Weeks ago, and again yesterday, courageous Republican politicians and leaders had the wisdom, fortitude and strength to do what everyone knows was right,” Trump said. “I don’t like people who use their faith as justification for doing what they know is wrong. Nor do I like people who say ‘I pray for you’ when they know that’s not so.”

Trump said at the National Prayer Breakfast this morning — (you can’t make this up): President Trump took swipes at Pelosi and Romney this morning. “President Trump on Thursday swiped at Speaker Nancy Pelosi (D-Calif.) and Sen. Mitt Romney (R-Utah) for invoking religion during the impeachment proceedings while speaking at the National Prayer Breakfast.” http://bit.ly/375IcKu

Followed by Pelosi’s press conference: Pelosi accused President Trump of looking “a bit sedated” when she extended her hand at the State of the Union address for a handshake. In her words: “It was also an act of kindness, because he looked to me like he was a little bit sedated,” Pelosi said. “He looked that way last year too. But that was that. He didn’t want to shake hands? That meant nothing to me.” http://bit.ly/380DbEa

Pelosi was asked if tearing up Trump’s address stepped on her own message to take the high road: “I did not. I tore up a manifesto of mistruth,” Pelosi responded.

Pelosi on Romney’s vote to convict the president: “God bless him for his courage,” she said. http://bit.ly/31uM1I1

TIDBITS FROM THE CAPTIOL:

The Senate subway was a madhouse post-acquittal: Notice Sanders in the background! Photo: http://bit.ly/31CgqEb

Update: Ticket prices have been dropped as low at $50 and livestream as low as $29

The House is in. The Senate is out. President Trump and Vice President Pence are in Washington, D.C.

And because you made it this far, here’s a puppy who waited for Sen. Ted Cruz (R-Texas) to finish speaking before he walked past: http://bit.ly/2S1pMGr