The Hill’s 12:30 Report – Presented by Facebook – Election night could be a bit messy

Election night could be a bit messy: 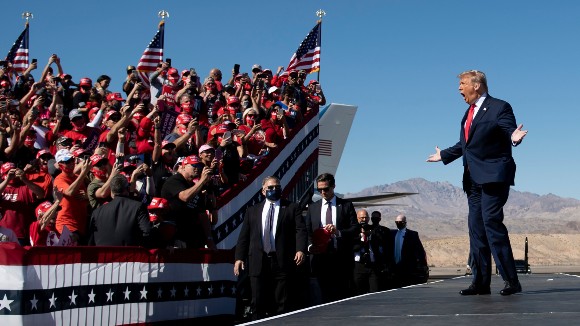 Via The Hill’s Reid Wilson, “President Trump’s hostility toward mail-in voting in the midst of a global pandemic and a new U.S. Supreme Court decision blocking extended ballot deadlines in a battleground state have election officials worried that two branches of government are undermining confidence in an election Trump is poised to lose.” https://bit.ly/31VTX6i

“Trump has increasingly demanded on Twitter that results be known on Election Night, a ploy apparently designed to exclude millions of people who vote by mail and whose ballots may not be counted immediately even if they arrive long before the polls close.”

WHY BIDEN COULD ACTUALLY WIN TEXAS:

Interesting read — 50 percent is no longer the magic number:

Via Politico’s David Siders and Zach Montellaro, “Donald Trump won the presidency with 46 percent of the popular vote. His approval rating, according to Gallup, has never hit 50 percent. He remains under 50 percent in national polling averages.” https://politi.co/3oNA8Iq

What this means: “The president’s inability to capture a majority of support sheds light on his extraordinary attempts to limit the number of votes cast across the battleground state map — a massive campaign-within-a-campaign to maximize Trump’s chances of winning a contest in which he’s all but certain to earn less than 50 percent of the vote.”

A few examples: “In Philadelphia, his campaign is videotaping voters as they return ballots. In Nevada, it’s suing to force elections officials in Nevada’s Democratic-heavy Clark County to more rigorously examine ballot signatures for discrepancies that could disqualify them.” There are similar examples in Ohio, New Hampshire and Arizona.

^And that’s just to name a few of the efforts.

From a rally yesterday: 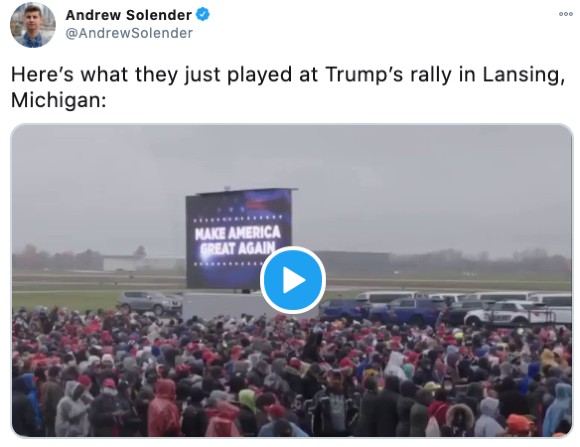 A vote counted is a voice heard 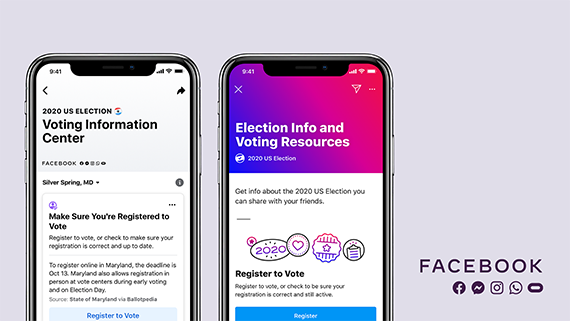 Check your registration status, explore voting options in your state and get access to the latest, official information from election authorities in our Voting Information Center on Facebook and Instagram.

Some good news for the economy:

Via The Hill’s Sylvan Lane, “The U.S. economy grew at a record 33.1 percent annualized rate in the third quarter, swiftly recovering some of the deep losses driven by the onset of the coronavirus pandemic, according to data released Thursday by the Commerce Department.” https://bit.ly/2TxjmPc

For context: “Economists had widely expected gross domestic product (GDP) to rebound at an unprecedented rate in the third quarter as the U.S. began to dig itself out of the coronavirus recession. The U.S. added 3.8 million jobs between July and September and saw sharp increases in consumer spending, particularly on personal goods household products.”

Nancy Pelosi has once again handed off the baton:

In Pelosi’s words: “Your responses are critical for our negotiations to continue. The President’s words that ‘after the election, we will get the best stimulus package you have ever seen’ only have meaning if he can get [Senate Majority Leader] Mitch McConnell to take his hand off the pause button and get Senate Republican Chairmen moving toward agreement with their House counterparts.”

House Dems are hoping the wave is blue:

Via The Hill’s Mike Lillis and Scott Wong, “Not too long ago, the notion that [House] Democrats would expand their majority in any significant fashion was virtually unthinkable. In January of 2019, at the start of the cycle, the party’s campaign arm was bracing to protect dozens of vulnerable lawmakers in red-leaning regions, 30 of whom represent districts won by President Trump in 2016.” https://bit.ly/3mAXq2m

Yes, but now: “Twenty-two months later they’re on the offensive, buoyed by a historic fundraising haul, a highly energized base and President Trump’s sinking approval numbers, which have combined to produce highly competitive races even deep into Trump country.”

Via The Hill’s Alexander Bolton, “Republicans see a path running through Michigan and Minnesota to hold a slim Senate majority in the next Congress. The odds are stacked against them and many see the GOP as the underdog in the fight for control of the Senate.” https://bit.ly/31PrmQ8

The scenario for the GOP: “But Republicans think that even if as many as four GOP incumbents go down in defeat next week, they can keep their majority by ousting Sen. Gary Peters (D) in Michigan or Sen. Tina Smith (D) in Minnesota.”

MIKE PENCE IS FOCUSING HIS CAMPAIGN TRAVEL ON STATES WITH CLOSE SENATE RACES:

Via The Hill’s Brett Samuels, “Vice President Pence is focusing his campaign travel this week on states where vulnerable Republican senators are up for reelection, seeking to bolster their prospects by highlighting their role in the confirmation of Supreme Court Justice Amy Coney Barrett.” https://bit.ly/31RzVdc

For example: “The vice president this week is campaigning with three GOP senators who sit on the Senate Judiciary Committee, including Sen. Lindsey Graham (S.C.), who chairs the committee, and Sens. Thom Tillis (N.C.) and Joni Ernst (Iowa).”

‘EUROPEAN HOSPITALS ARE FILLING AT AN ALARMING PACE:

Via The New York Times: https://nyti.ms/2TzXX83 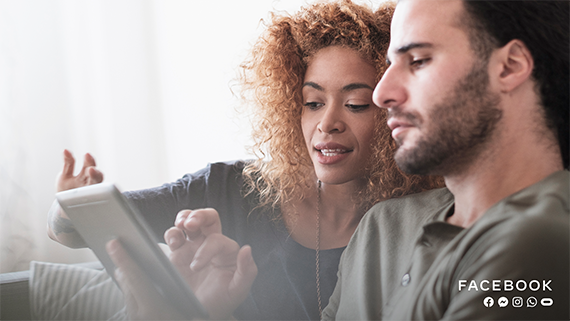 More than 39 million people have visited our Voting Information Center, which makes it easy to check your registration status, explore voting options in your state and prepare to vote safely.

It looks like a ‘how it started vs. how it ended’ meme: 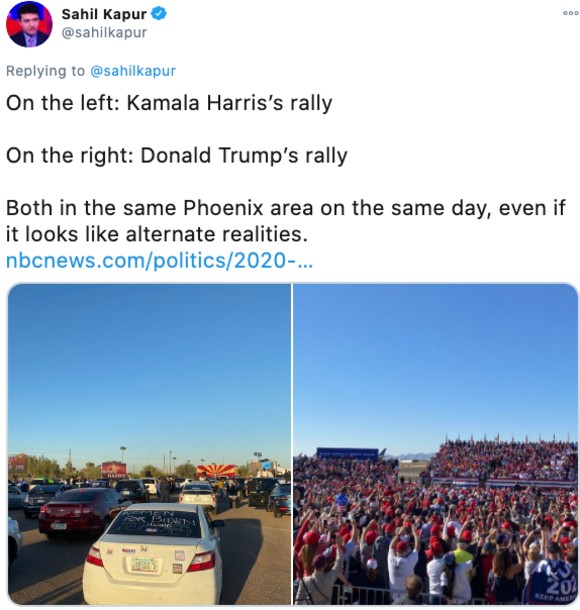 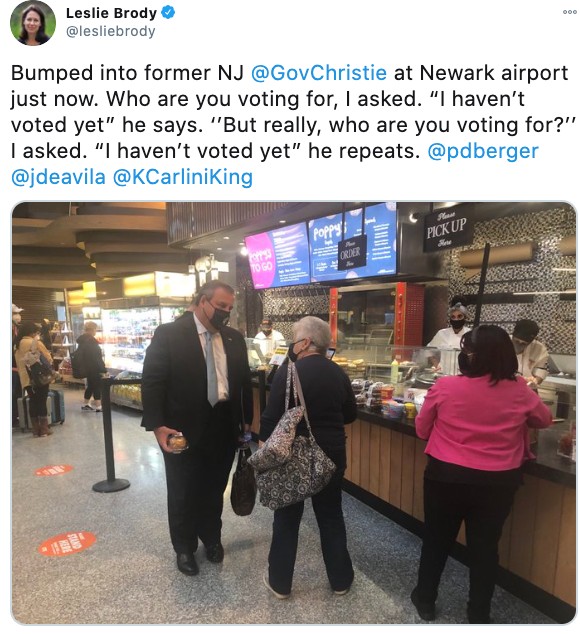 4:30 p.m. EDT: Vice President Pence leaves for Reno, Nev., where he will stay for the night.

Well, this was an entertaining part of my morning:

The New York Times’s John Keefe published a quiz, “can you tell a ‘Trump’ fridge from a ‘Biden’ fridge?” https://nyti.ms/2HB3Uzn

“We wondered if it was possible to identify Trump and Biden voters based on what’s inside their refrigerators, on the theory it might say something about our similarities and our assumptions about one another.”

And because you made it to Thursday afternoon (yay!), here are otters visiting the orangutans in a Belgian zoo: https://bit.ly/3kEfsjD