New vaccine data — Stepping up to the plate with a batting average of 0.660, welcome Johnson & Johnson!: 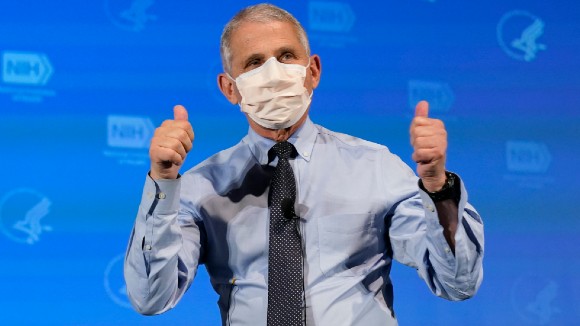 Johnson & Johnson announced this morning that its vaccine has proven to be 66 percent effective in preventing moderate or severe cases of the coronavirus. https://bit.ly/3iZddqV

A big advantage on dosing: It only requires one dose. The other two authorized vaccines require two, spaced-out doses.

Another advantage for this vaccine — it can more easily reach rural areas: “It can stay viable in a refrigerator for three months, while the two authorized vaccines have to be kept frozen.” https://nyti.ms/3pqSiPY

What’s next — here’s what we know about the timing: The vaccine will apply for emergency authorization from the FDA as soon as next week. If all goes well, it could be cleared by mid to late February.

Happy Friday! Next time we talk, it will be February! I’m Cate Martel with a quick recap of the morning and what’s coming up. Send comments, story ideas and events for our radar to cmartel@thehill.com — and follow along on Twitter @CateMartel and Facebook. 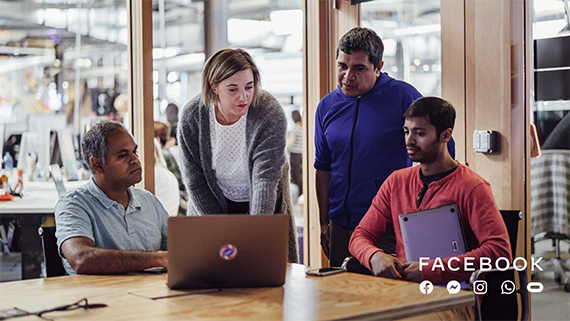 FOR CONTEXT — REACTIONS FROM THE EXPERTS:

Former Food and Drug Administration (FDA) commissioner Scott Gottlieb is thrilled: “The J&J vaccine turns in a fantastic result. We now have 3 highly effective vaccines. This vaccine showed sustained (and increasing!) immune protection over time … This one shot vaccine was highly effective at preventing severe disease, even with new variants. The milieu of disease now is more complex; even in U.S. – trials done today are running into more mutated cases. Make no mistake: this is an important and wonderful development.” His Twitter feed has been helpful — it’s worth checking: https://bit.ly/3ovffQS

The nation’s leading infectious diseases expert Anthony Fauci breaks it down: “Fauci urges people to look beyond the vaccine to vaccine efficacy comparisons. Points out J&J vaccine ‘is a single shot vaccine in which you start to see efficacy anywhere from 7-10 days.’ Easy to [store], inexpensive & able to be manufactured at large scale.” (Via CNN’s Jeremy Diamond) https://bit.ly/39tXb5i Watch Fauci’s full assessment: https://bit.ly/3iVst8k

From senior infectious diseases writer for STAT News, Helen Branswell: “The J&J vaccine showed an 85% efficacy at protecting against severe #Covid19 — in multiple settings around the world, including in South Africa.  It was 100% effective against hospitalization & deaths. This is important.” Branswell has a thread on the development — it’s worth reading: https://bit.ly/39rpa5I

ANOTHER VACCINE DOWN THE PIPELINE:

Via CBS News, “U.S. biotech firm Novavax said Thursday its two-shot COVID-19 vaccine showed an overall efficacy of 89.3% in a major Phase 3 clinical trial in Britain and remained highly effective against a variant first identified there. But the positive news was offset somewhat by other results that showed it offered less protection against a highly transmissible variant of the coronavirus first identified in South Africa.” https://cbsn.ws/3r3KOmp

Keep in mind — the Novavax vaccine works a little differently: “Unlike the Pfizer, Moderna and AstraZeneca vaccines, which deliver the genetic instructions that make human cells create a key protein of the virus, the Novavax shot injects the proteins directly into the body to evoke an immune response.”

Context to today’s updated death toll, from The Los Angeles Times’s Sarah D. Wire: “That is roughly equal to the entire population of Oakland, CA dying since March” https://bit.ly/3j5jwcz

Total number of vaccinations administered in the U.S.: 27.3 million shots have been given

Seven-day average of doses administered: An average of 1.26 million doses.

WHERE WE STAND — CASES ARE DROPPING, BUT VARIANTS ARE A BIT WORRISOME:

Via The Hill’s Reid Wilson, “The number of Americans testing positive for the coronavirus has dropped substantially from an early January zenith, easing the strain on hospitals across the nation that faced danger over the winter holidays.” https://bit.ly/3ow8PAM

Yes, but: “New and more transmissible strains of the coronavirus are circulating more widely across the world, and public health experts caution that, even with the beginnings of mass vaccination programs, the public must be more vigilant than ever in protecting themselves and reducing the spread.”

I just wouldn’t put all congressional Republicans in the same room for a long period of time right now, you know?:

Via The Hill’s Niall Stanage, “The Republican Party is riven by internal tensions, and moderate voices fear it is headed for disaster at the hands of the far right.” https://bit.ly/3t58ZTj

How so: “The centrists’ worry is that the party is branding itself as the party of insurrectionists and conspiracy theorists. This spells catastrophe for the GOP’s ability to appeal beyond a hardcore base, they say.”

How this could play out: https://bit.ly/3t58ZTj

Ready or not, here we come:

Via The Hill’s Jordain Carney, “Democrats are moving quickly to lay the groundwork for passing additional coronavirus relief, with or without help from Republicans.” https://bit.ly/39ty3vu

Why Democrats are on the clock: “The push comes as Democrats are under pressure to go big amid new data showing the economy shrank 3.5 percent last year with stubbornly high levels of unemployment persisting into 2021.”

Timing for passing the bill “Democrats can muscle through a budget resolution, the first step for a coronavirus relief bill, with a simple majority in the House and Senate. Under a plan crystallizing on Capitol Hill, they are hoping to pass it through both chambers next week.”

Playing puppeteer behind the scenes:

Via The Hill’s Alexander Bolton, “Senate Republican Leader Mitch McConnell (Ky.) on Jan. 13 announced to colleagues that he was open to voting to convict President Trump for inciting an insurrection, but since then he has taken steps behind the scenes to throttle the Democratic impeachment effort.” https://bit.ly/3j1klTU

On one hand: “McConnell was described by associates as ‘furious’ over the mob attack on the Capitol … it seems clear he is more than open to the party moving on from Trump, particularly after the former president was widely blamed for the GOP losing two runoff elections in Georgia that cost it the Senate majority.”

But on the other hand: “McConnell likely wanted to avoid an intense fight within the caucus over a Trump conviction. And he’d seen the blowback in the House, where Rep. Liz Cheney (Wyo.) and other Republicans who voted to impeach Trump have come under furious criticism from Trump supporters.”

MEANWHILE — TRUMP ALLY MATT GAETZ HELD A RALLY IN LIZ CHENEY’S HOME STATE, CALLING FOR HER TO BE OUSTED: 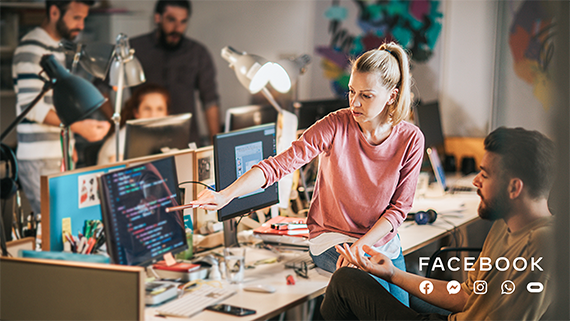 LATEST WITH THE GAMESTOP DEBACLE

Lawmakers are furious with Robinhood:

Via The Hill’s Chris Mills Rodrigo and Sylvan Lane, “Lawmakers on both sides of the aisle erupted in anger Thursday after online stock trading platforms barred users from buying skyrocketing shares of companies targeted by a Reddit forum.” https://bit.ly/3cmaiHz

THE SEC IS LOOKING INTO THIS:

“The Securities and Exchange Commission (SEC) said Friday that it will investigate why certain online trading platforms blocked users from purchasing highly volatile stocks and if illegal market manipulation spurred the recent surge in stocks such as GameStop.” https://bit.ly/2KYWCa7

“can’t wait to explain this week to my therapist”  https://bit.ly/2NBQOnV

A 10-year-old cashed out his GameStop stock:

Via My San Antonio’s Madalyn Mendoza, 10-year-old Jaydyn Carr was given 10 GameStop shares as a gift in 2019 — and just cashed them out for around $3,200 on Wednesday.

From his mother: “My phone was going off, because I have GameStop on my watch list … I was trying to explain to him that this was unusual, I asked him ‘Do you want to stay or sell?’ ”

This eagle clearly doesn’t respect borders — but actually, this is pretty incredible: 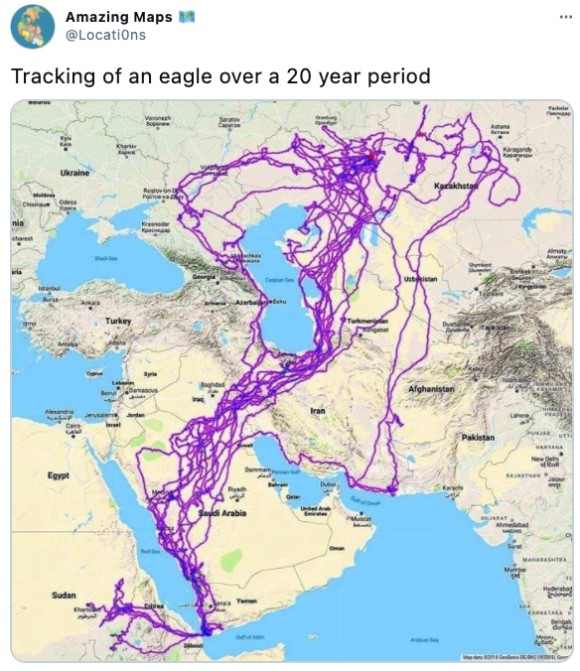 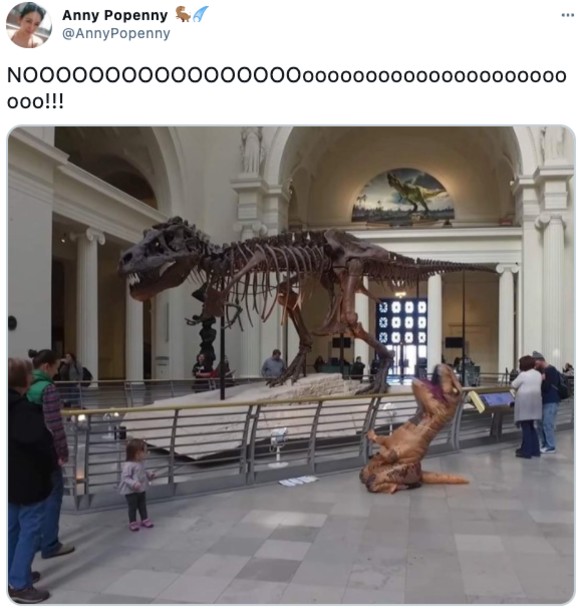 The House and Senate are out until Monday. President Biden and Vice President Harris are in Washington, D.C.

This has to be a prank. IT HAS TO BE. Just look at the photo:

For Valentine’s Day, Kraft has launched magenta pink mac and cheese that tastes like candy. Details and the horrific photo: https://on.today.com/3tadnQO

And to get your weekend off to a good start, here’s a cat with the best contraption: https://bit.ly/3cnPIqf 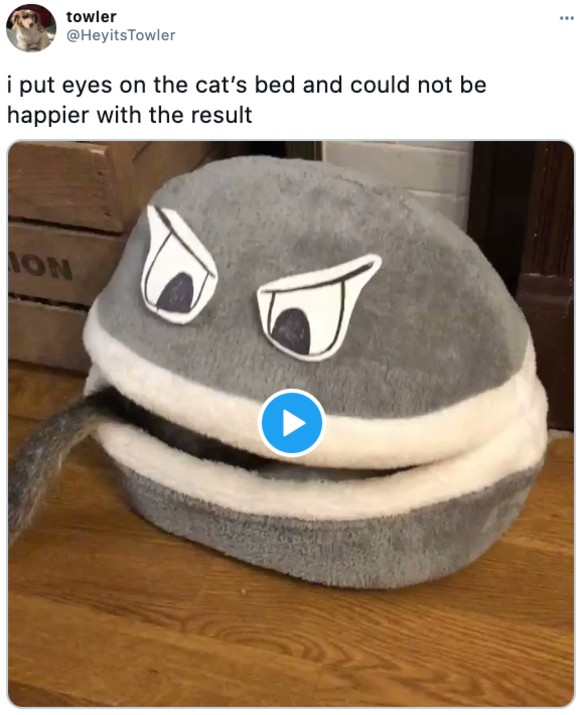