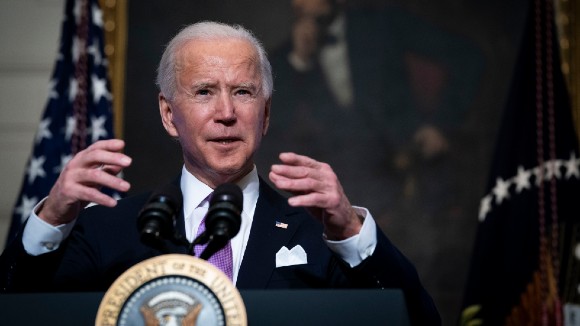 Including: Biden will create a task force to identify and reunite the hundreds of children who were separated from their parents or guardians.

When: Biden will sign the executive orders at 5 p.m. EST.

Who will lead the task force?: Alejandro Mayorkas, Biden’s pick for secretary of Homeland Security

Weren’t these executive orders scheduled for last Friday?: Yes, but it was delayed because of a delay on Mayorkas’s nomination.

TIDBIT — CHECK OUT THOSE DOGGY SOCKS ON BIDEN:

As many times as I’ve watched this, this will never seem normal to me:

Seriously, is this an SNL skit about ‘Parks and Rec?’ 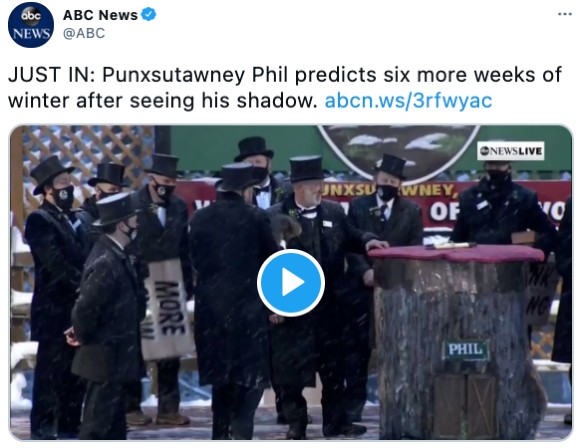 Getting traction — McConnell had some choice words for Marjorie Taylor Greene:

McConnell elaborated: “Somebody who’s suggested that perhaps no airplane hit the Pentagon on 9/11, that horrifying school shootings were pre-staged, and that the Clintons crashed JFK Jr.’s airplane is not living in reality. This has nothing to do with the challenges facing American families or the robust debates on substance that can strengthen our party.”

“The real cancer for the Republican Party is weak Republicans who only know how to lose gracefully,” the freshmen rep. tweeted. “This is why we are losing our country.” https://bit.ly/3jc2h9n

If you haven’t been following the Marjorie Taylor Greene story, here’s a quick catchup:

Via CNN’s Em Steck and Andrew Kaczynski, “Republican Rep. Marjorie Taylor Greene repeatedly indicated support for executing prominent Democratic politicians in 2018 and 2019 before being elected to Congress, a CNN KFile review of hundreds of posts and comments from Greene’s Facebook page shows.” https://cnn.it/2MPKYyN

“Greene, who represents Georgia’s 14th Congressional District, frequently posted far-right extremist and debunked conspiracy theories on her page, including the baseless QAnon conspiracy which casts former President Donald Trump in an imagined battle against a sinister cabal of Democrats and celebrities who abuse children.”

For example: “In one post, from January 2019, Greene liked a comment that said ‘a bullet to the head would be quicker’ to remove House Speaker Nancy Pelosi.”

WHAT HAPPENS NOW — MCCARTHY WILL MEET WITH HER:

“Democrats are threatening to force a floor vote this week to oust the controversial Georgia Republican from the Education and Labor Committee and the Budget Committee if House Minority Leader Kevin McCarthy (R-Calif.) does not remove her first. McCarthy is set to meet with her in Washington as early as Tuesday.”

Meanwhile — Kevin McCarthy is desperately trying to change the subject:

Via The Hill’s Scott Wong and Juliegrace Brufke, “House Minority Leader Kevin McCarthy (R-Calif.) is desperately looking to change the subject from his own party’s civil war to a common opponent: President Biden.” https://bit.ly/3oNyYLS

For example: “McCarthy and other GOP lawmakers will travel to Houston on Tuesday to rail against what they call Biden’s ‘job-killing’ energy policies. The GOP leader previously spent several days accusing Biden of dragging his feet in reopening schools and knocking his administration’s plan to give COVID-19 vaccinations to Guantánamo Bay prisoners.”

AOC recounts her experiences during the Capitol siege:

Via Politico’s Matthew Choi, “Rep. Alexandria Ocasio-Cortez on Monday offered a deeply personal account of the Capitol insurrection, denouncing Republican calls to move on from the event as akin to tactics used by abusers and opening up about her own history with sexual assault.” https://politi.co/3avDtFL

Watch her describe what happened to her that day — it has nearly 2.5 million views already: https://bit.ly/3tezAgV

LATEST WITH THE TRUMP IMPEACHMENT TRIAL

Released this a.m. — here’s their argument. Take it or leave it.:

Via The Hill’s Mike Lillis and Morgan Chalfant, “House Democrats on Tuesday unveiled a thorough outline of their legal case against former President Trump for his role in the Jan. 6 assault on the U.S. Capitol, arguing that he incited the mob attack and bears direct responsibility for the deadly violence that followed.” https://bit.ly/39EBgs1

Excerpt from the brief: “President Trump’s conduct must be declared unacceptable in the clearest and most unequivocal terms. This is not a partisan matter. His actions directly threatened the very foundation on which all other political debates and disagreements unfold. They also threatened the constitutional system that protects the fundamental freedoms we cherish.”

Total number of vaccinations administered in the U.S.: 32.8 million shots have been given

Seven-day average of doses administered: An average of 1.34 million doses.

Whooaa, if you know, you know:

You know that Wendy’s that is *literally* in the middle of a busy intersection in the DC neighborhood NoMa? Well, DC is filing an eminent domain case to take the property and give the owners $13.1 million. https://bit.ly/2Lf4u7G

Why — via Bisnow’s Jon Banister: “The intersection ranks in the city’s top 10 most hazardous for total number of crashes, and 80% of its crashes were sideswipe or rear-end crashes, indicating driver confusion with navigating the unusual intersection, lawyers for D.C.’s Office of the Attorney General said in the court filing.”

Full details and photo of the new concept: https://bit.ly/2Lf4u7G

This looks like a unicorn horn rising from the earth:

Via ARLnow’s Jo DeVoe, “Amazon has unveiled plans for the PenPlace site in the second phase of its $2.5 billion HQ2 in Pentagon City, including a lush office building shaped like a double helix.”  https://bit.ly/2YCrX5M

Photo — seriously, it looks like a screwdriver coming from underground: https://bit.ly/2YCrX5M

This is spot-on, Ryleigh & Zayden!: 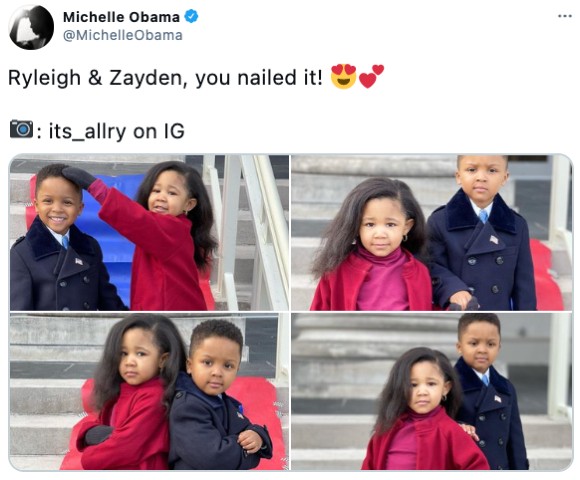 The full size photos — they are worth seeing: https://bit.ly/3pHv88c

The important news of the day: 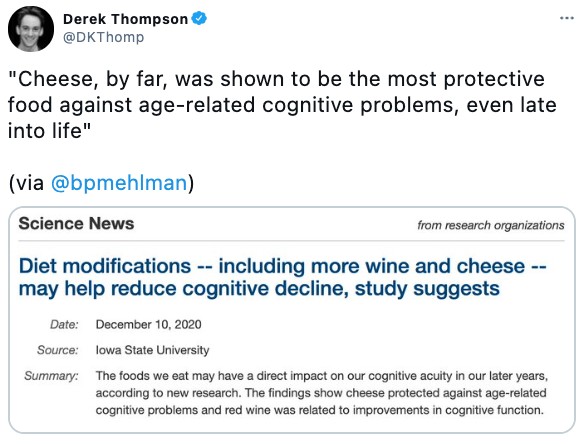 Noon: The Senate votes on Pete Buttigieg to be secretary of transportation. Fun fact: Did you know his full name is Peter Paul Montgomery Buttigieg?

2:30 p.m. EST: The Senate votes on Alejandro Mayorkas to be secretary of homeland security. The Senate’s full agenda today: https://bit.ly/3pIoYon

What an amazing troll:

Can you buy one in-store?: Unfortunately, no. Panera selected winners through a contest.

And because you made it this far, here’s a dog and his toddler friend hugging: https://bit.ly/39IrwNL