The U.S. economy added an impressive 916,000 jobs in March and the unemployment rate dropped to 6 percent. https://bit.ly/3cJChR8

To return to pre-COVID levels: “The the U.S. is still 8.4 million jobs short of pre-pandemic levels, and millions more have left the workforce without a clear path to return.”

Livestream of Biden’s full remarks on the jobs report: https://bit.ly/3dwWB7w

From Senate Majority Leader Charles Schumer (D-N.Y.): “If the American Rescue Plan could lead to these numbers, imagine what the even bigger, bolder American Jobs Plan will do for our recovery. Now is not the time to take our foot off the gas.” https://bit.ly/3wkrtkk

It’s Friday — happy almost Easter! I’m Cate Martel with a quick recap of the morning and what’s coming up. Send comments, story ideas and events for our radar to cmartel@thehill.com — and follow along on Twitter @CateMartel and Facebook.

It’s the resurrection of our social lives!:

Via CNN’s Dakin Andone, the U.S. Centers for Disease Control and Prevention just tweeted that fully vaccinated people can gather indoors and unmasked for Easter. https://cnn.it/3wofRwE 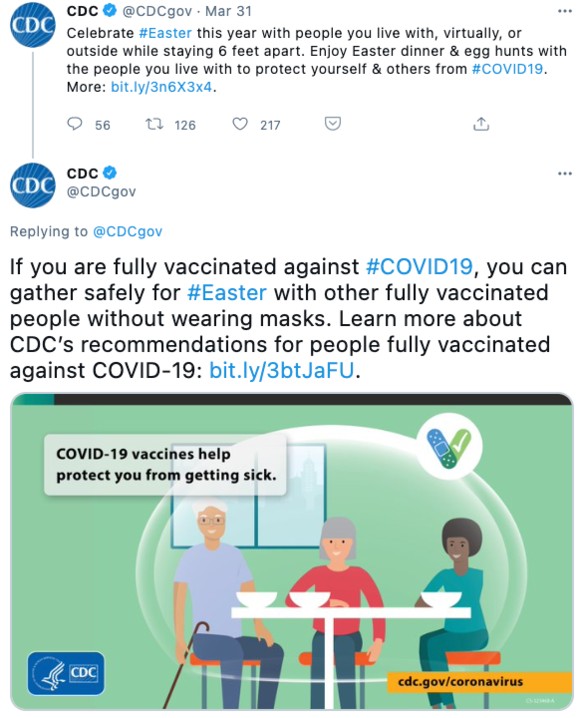 ‘Get a vax and you can be a little more lax!’ — CDC, I’m giving you a free tagline idea:

What to know: “The agency further said fully vaccinated people do not need to get tested before or after unless the destination requires it. People should still wear a mask while they travel, though, the agency said.”

What about unvaccinated people?: They’re still urged not to travel. 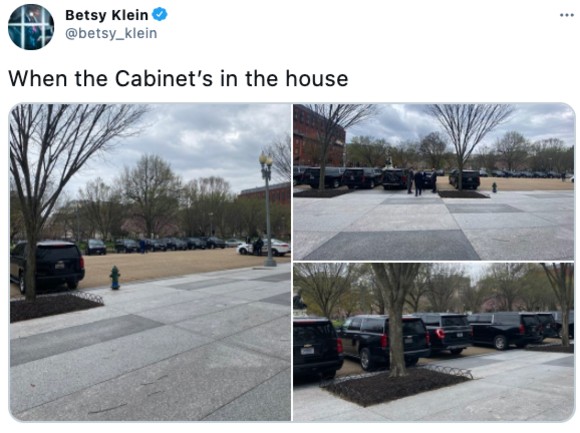 This is so on brand: 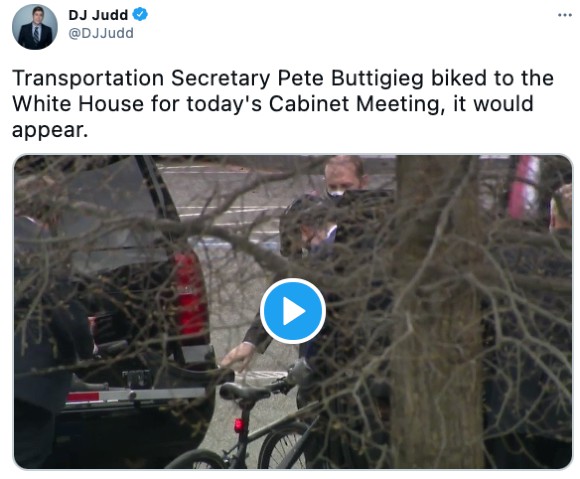 More from that meeting: https://nbcnews.to/3wnCQIo

It’s like running interference with a couple with significant communication issues:

Via The Hill’s Alexander Bolton and Morgan Chalfant, Republicans don’t think that President Biden really wants to work with them. https://bit.ly/3dxbIxO

Why Republicans feel that way: “The $2.25 trillion plan unveiled this week by Biden takes direct aim at former President Trump’s signature economic achievement by raising the corporate tax rate that Republicans lowered in their 2017 Tax Cuts and Jobs Act … Every single Republican who was in the Senate in 2017 voted for Trump’s tax plan, including the GOP lawmakers who are viewed as potentially working with Biden on infrastructure.” Which senators: https://bit.ly/3dxbIxO

‘WHAT YOU MIGHT HAVE MISSED IN BIDEN’S INFRASTRUCTURE PLAN’:

Via CNN’s Jeremy Herb, Lauren Fox and Ryan Nobles, Rep. Matt Gaetz (R-Fla.), who is being investigated for sex trafficking violations, “allegedly showed off to other lawmakers photos and videos of nude women he said he had slept with, the sources told CNN, including while on the House floor. The sources, including two people directly shown the material, said Gaetz displayed the images of women on his phone and talked about having sex with them. One of the videos showed a naked woman with a hula hoop, according to one source.” https://cnn.it/3dxMiQV

Keep in mind though: “There’s no indication these pictures are connected to the DOJ investigation.”

PLUS — ‘JUSTICE DEPT. INQUIRY INTO MATT GAETZ SAID TO BE FOCUSED ON CASH PAID TO WOMEN:

Via The New York Times’s Katie Benner and Michael S. Schmidt, “The congressman and a former official in Florida sent money to the women using cash apps, receipts showed.” The full story: https://nyti.ms/3dz3Agy

At least 99.6 million people in the U.S. have received at least one dose of the COVID-19 vaccines, according to the Washington Post. A stat to know: “This includes more than 52.7 million people who have been fully vaccinated.” https://wapo.st/39EyGlI

Fill ‘em up — and be generous with the pours:

Via Politico’s David Lim, “The Food and Drug Administration said late Thursday that Moderna can put up to 50 percent more doses of vaccine in each vial, a change that will likely allow the company to speed up the pace of its shipments.” https://politi.co/3wmb3be

Total number of vaccinations administered in the U.S.: 154 million shots have been given.

Seven-day average of doses administered: An average of 2.90 million doses

Vaccine passports could possibly be the biggest campaign issue of 2022:

Via The Hill’s Max Greenwood, “Partisan battle lines are being drawn around coronavirus vaccine passports in what could become one of the defining issues of the 2022 midterm elections.” https://bit.ly/3rQwJJe

How so: “A growing number of the Republican Party’s most conservative members have seized on the passport proposals and expected guidance from the White House, blasting them as an example of government overreach that would isolate Americans who choose not to get vaccinated and violate the privacy of those who do.”

That could backfire, though: “But that strategy carries some risks for the GOP, potentially giving Democrats a platform to tout their response to the coronavirus outbreak while simultaneously forcing Republicans to navigate the politics of the pandemic well into 2022.”

How this could play out: https://bit.ly/3rQwJJe

What an awesome photo: 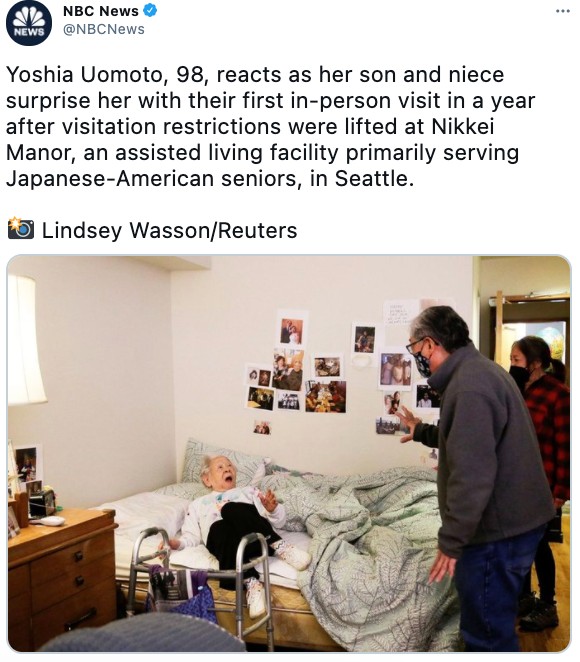 The House and Senate are out. President Biden is on his way to Camp David. Vice President Harris is in California.

Vice President Harris has no public events on her schedule.

And to get you excited for Easter, here’s a bunny looking for love and attention: 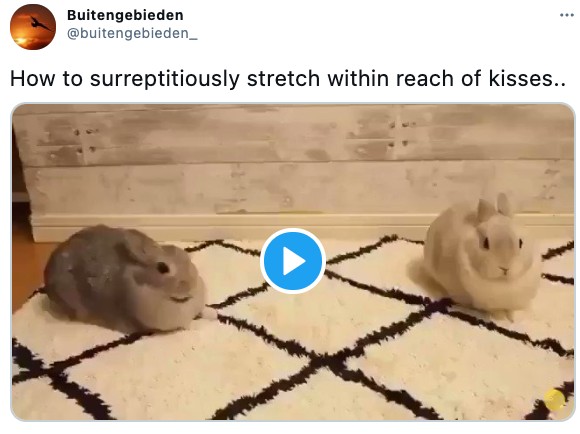