President Biden is planning to unveil a new $1.8 trillion plan that focuses on child care, health care and access to preschool and community college. https://bit.ly/3tW537o

Timing: Biden is rolling out this new plan less than a month after his $2.3 trillion infrastructure package.

Full breakdown of each area: https://cnn.it/3eDw1Kz

HOW IS BIDEN GOING TO PAY FOR THIS?:

Details: “Biden is calling for the top individual income tax rate to be raised from 37 percent to 39.6 percent, its level before the enactment of former President Trump‘s 2017 tax-cut law … The president’s plan also proposes raising the capital gains rate from 20 percent to 39.6 percent for taxpayers making over $1 million.”

It’s Wednesday! I’m Cate Martel with a quick recap of the morning and what’s coming up. Send comments, story ideas and events for our radar to cmartel@thehill.com — and follow along on Twitter @CateMartel and Facebook.

Specifically: “One of the people said the investigators had seized Mr. Giuliani’s electronic devices.”

Why this is huge: “Executing a search warrant is an extraordinary move for prosecutors to take against a lawyer, let alone a lawyer for a former president, and it marks a major turning point in the long-running investigation into Mr. Giuliani.”

Proposals that will make everyone happy: [ ]

“President Biden will deliver his first joint address to Congress on Wednesday, but his ultimate audience will be the American public — one that’s anxious about the future and eager for a return to normalcy after more than a year of pandemic turmoil.” https://bit.ly/3sUL1Jj

Context and details for each: https://bit.ly/3sUL1Jj

Via The Hill’s Alexander Bolton: https://bit.ly/3t1vSFQ

HOW BIDEN FAILED TO UNIFY THE COUNTRY AND REACH ACROSS PARTISAN LINES IN HIS FIRST 100 DAYS:

Via The Hill’s Amie Parnes and Alexander Bolton: https://bit.ly/3t0tBen

Hold up — we have something we’d like to say:

Why this is big for Scott: “Scott is being talked up in some circles as a potential 2024 presidential candidate. Whether or not he takes that leap — and some insiders in his home state doubt he has the requisite burning ambition — Wednesday evening will be his most high-profile moment since he addressed the Republican National Convention last year.”

More on what this means for Sen. Scott: https://bit.ly/3aKBkXF

Burning Man is still in ashes:

The annual Burning Man festival is canceled again this year due to COVID. https://bit.ly/32YZxFj

Is this expected?: Well, as of last week, organizers were still trying to host the festival.

From the announcement: “Although here in the United States we may be feeling the weight lifting and the light at the end of the tunnel brightening, we are still in the pandemic, and the uncertainties that need to be resolved are impossible to resolve in the time we have. We have decided to set our sights on Black Rock City 2022.” Read the full announcement: https://bit.ly/32XblaY

Pfizer and Moderna have some bragging rights:

Via The Hill’s Peter Sullivan, “The Pfizer and Moderna vaccines were 94 percent effective in preventing hospitalization for COVID-19 among people age 65 and older in a Centers for Disease Control and Prevention (CDC) study released Wednesday.” https://bit.ly/2PtBET0

Why this is newsy — additional data from Jan. to March: “The study provides new evidence on the benefits of vaccination, and builds on results from the clinical trials by adding real-world evidence from 417 hospitalized adults in 14 states from January to March.”

TIDBIT — OFFICIALS ARE WORRIED ABOUT VIRUS SPREAD AT THE BORDER AS MIGRANTS AREN’T TESTED:

Total number of vaccinations administered in the U.S.: 232 million shots have been given.

Seven-day average of doses administered: An average of 2.72 million doses

I picture a massive army of cicadas underground preparing for battle:

Via The Capital Weather Gang’s Jason Samenow and Kevin Ambrose, “As soon as soil temperatures reach about 64 degrees, the Brood X cicadas, last seen in our region in 2004, will be unleashed, scientists agree. We’ve analyzed soil temperatures and the weather projections and, in our first-ever cicada forecast, predict a noticeable emergence of cicadas next week, starting as soon as between May 3 and 6. Then they should arrive in large numbers by the beginning of the following week, between May 10 and 12.” https://wapo.st/3e3YhHr

Keep in mind: The Capital Weather Gang points out that they are attempting to forecast the cicadas for the first time and could be wrong.

Today’s special is prepared with a sticker and bragging rights: 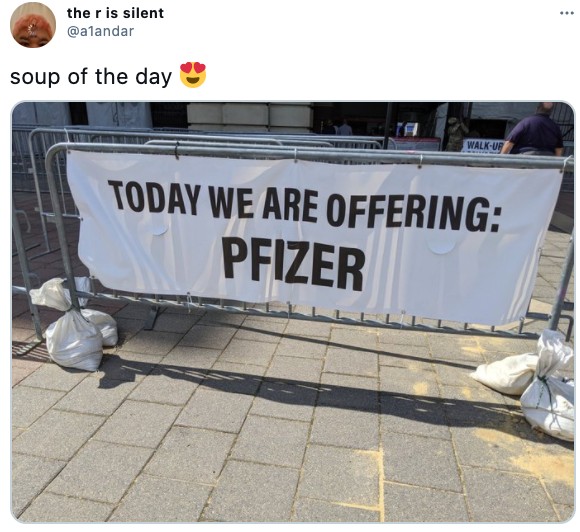 Okaaaaaay, moon! We’re picking up what you’re putting down!: 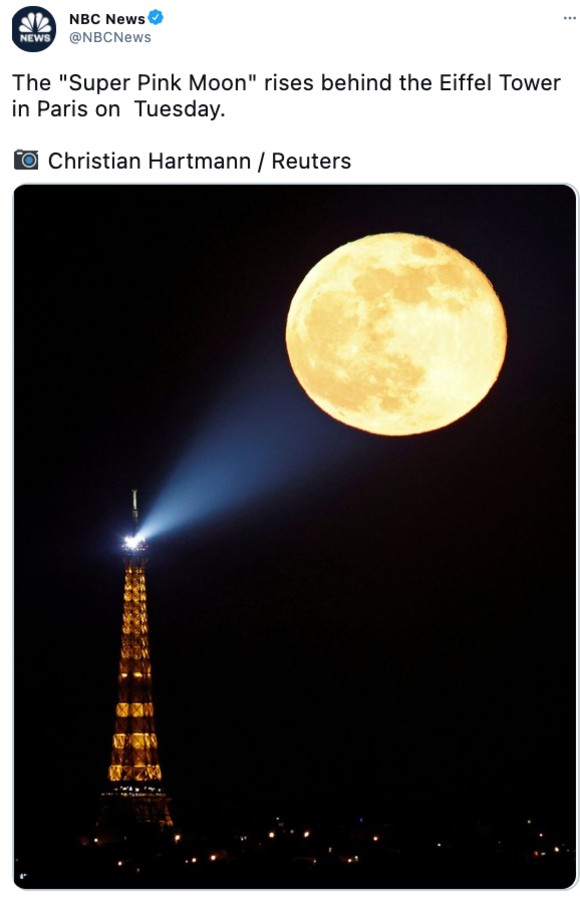 This afternoon: A confirmation vote is expected in the Senate. The Senate’s full agenda today: https://bit.ly/3nvBo2k

11 a.m. EDT: A House hearing on the lingering effects of COVID-19. Livestream: https://bit.ly/2R3HRWq 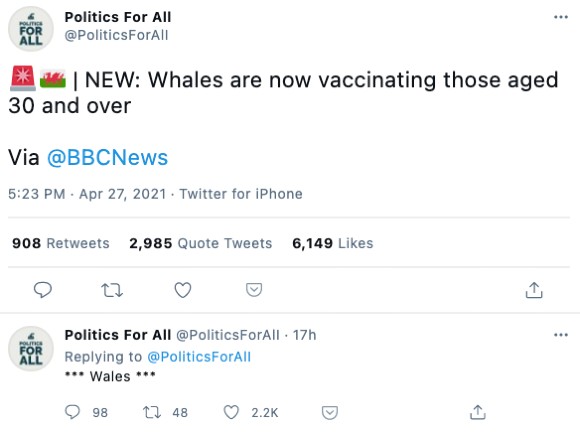 I had a human vaccinate me, but to each their own! 😉

And because this is one of the wildest videos I’ve seen in a while, here’s what happens when a woman drops her smartphone into the water: https://bit.ly/3e0JFIC