Just like my Instant Pot, the pressure is building:

Why Republicans may derail the bill: They want more votes on amendments.

Schumer insists the bill won’t be delayed though: “We are moving forward in the most bipartisan way that I can, and I’m confident we’re going to pass the bill this week,” Schumer said. 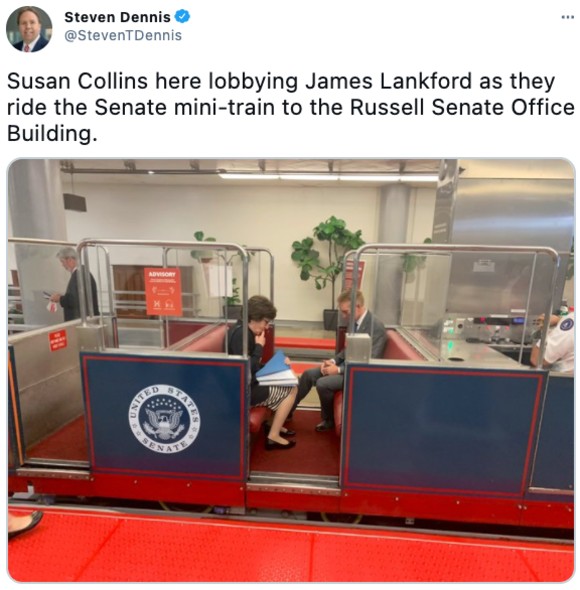 Happy Wednesday! I’m Cate Martel with a quick recap of the morning and what’s coming up. Send comments, story ideas and events for our radar to cmartel@thehill.com — and follow along on Twitter @CateMartel and Facebook.

Hey, guess what? Democrats and Republicans are getting sick of working with each other:

Via The Hill’s Jordain Carney, “Democrats are warning Republicans that they won’t keep waiting around for potential bipartisan deals, as congressional leaders face growing pressure to go-it-alone on their agenda.” https://bit.ly/3undiZy

Why Democrats are annoyed: “More than four months since President Biden took office, most of the party’s biggest priorities have been stuck in limbo in the Senate, forcing Democrats to focus instead on nominations and smaller bills that can garner enough support from both sides of the aisle.”

^But after Memorial Day passes and bipartisan negotiations are stalling, Democrats are vowing to just move ahead without Republicans involved.

What this could mean for the next few months in Congress: https://bit.ly/3undiZy

Is anyone else worried that Amazon may literally own us, but we have just never read the fine print…? Nope? Just me?:

Via CNN’s Frank Pallotta, “Amazon (AMZN) is investing even more heavily in growing its position in the entertainment world. The company announced Wednesday that it made a deal to acquire MGM, the home of James Bond and one of the most iconic movie studios in Hollywood.” https://cnn.it/2Tou7qt

The gist of what this means: It “gives Amazon an extensive library of film and TV shows that it can use to fill out its Prime Video content coffers. MGM has a catalog with more than 4,000 films and 17,000 TV shows, according to Mike Hopkins, who heads Prime Video and Amazon Studios.”

Via The Washington Post’s Donald P. Baker, former Republican Sen. John Warner (Va.), who played a big role in military matters, has died at the age of 94. https://wapo.st/2TooloN

What to know about Warner’s tenure: “Because of his willingness to buck his increasingly conservative party, Mr. Warner became the Republican whom many Virginia independents and Democrats respected and voted for. By the time he retired in 2009, he held the second-longest tenure of any Virginia senator.”

I had to do a double-take seeing a Trump story on ESPN: 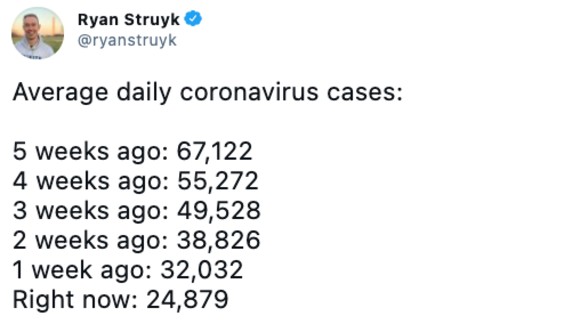 Turns out, everyone should take the Wuhan lab COVID-19 origins theory seriously:

Via The Hill’s Nathaniel Weixel, “Congressional Republicans are seizing on recent comments from health officials and top scientists about the origins of the coronavirus as vindication of their previous claims, and are demanding Democrats launch investigations.” https://bit.ly/3bV9SXv

Republicans have been talking about this theory for a while now: “Top Republicans, including former President Trump, blamed China for the emergence of the virus in 2020, but early reports about the possibility that the coronavirus originated in a Wuhan, China, lab were dismissed.”

But now some health officials, including Anthony Fauci, are saying it’s possible: “Many of us feel that it is more likely this is a natural occurrence, but we don’t know 100 percent the answer to that,” Fauci, the nation’s leading infectious diseases expert, said yesterday. “Because we don’t know 100 percent what the origin is, it’s imperative that we look and we do an investigation.”

THE MEDIA OVERSTEPPED BY NOT TAKING THOSE CLAIMS SERIOUSLY:

How so, via The Hill’s Niall Stanage: https://bit.ly/2RMeTuM

Total number of vaccinations administered in the U.S.: 288 million shots have been given.

Seven-day average of doses administered: An average of 1.75 million doses

THE TALK OF SOCIAL MEDIA

The sky was showing off:

Via CBS News’s Sophie Lewis, “Skywatchers around the world were treated to the most spectacular full moon of the year in the early morning hours on Wednesday. May 26 marked not just a supermoon, but also a lunar eclipse, or so-called ‘blood moon.’ ” https://cbsn.ws/3wxRSu

Lol, this caption is spot-on: 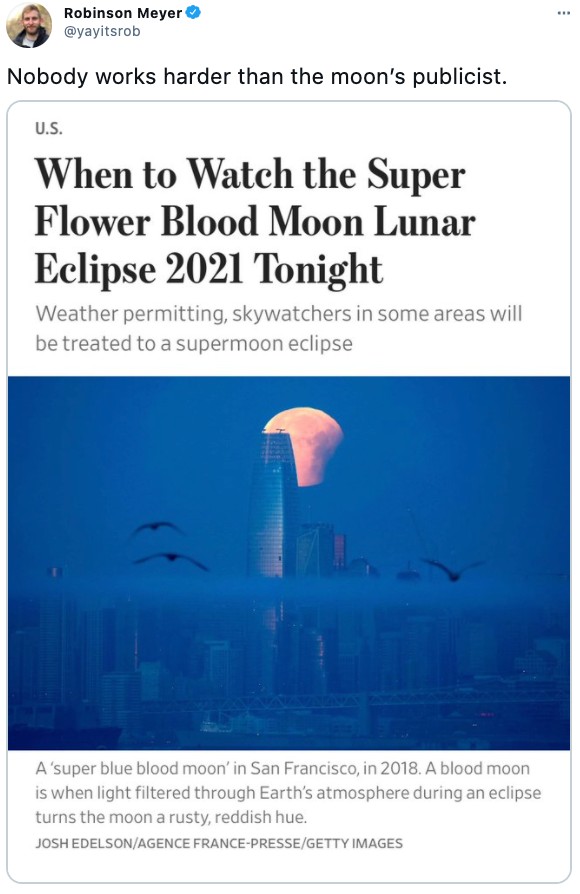 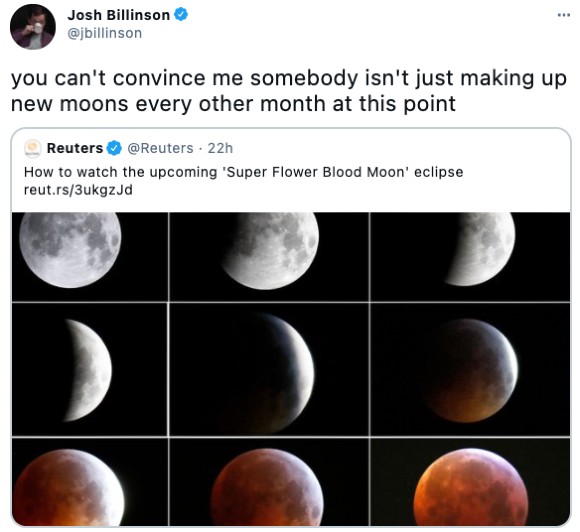 This is a pretty striking photo: 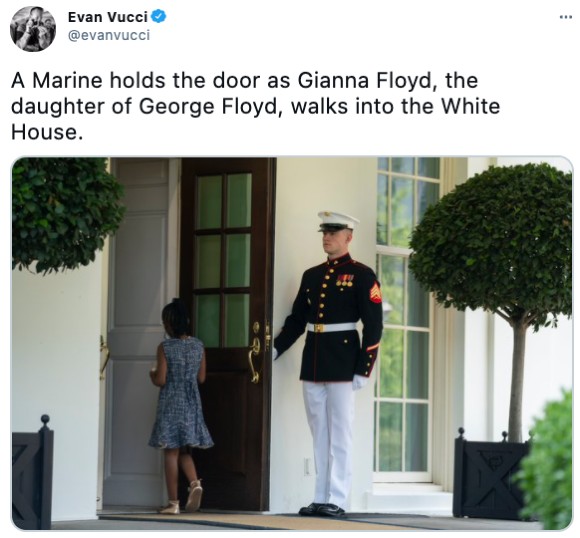 It has more than 178k likes already.

Noon: A roll-call vote in the Senate. The Senate’s full agenda today: https://bit.ly/3fnlCo3

Forget cable television — this is the content we need:

A new pizzeria in Austin, Texas, is livestreaming its pizza oven. Details: https://bit.ly/3i0wdah

And because you made it this far, here’s a dog who is preparing for its ‘Dancing with the Stars’ debut: https://bit.ly/3vuLEvi