How I would be preparing for the meeting if I were President Biden:

When President Biden travels to the United Kingdom in a few weeks, he will meet with Queen Elizabeth II at Windsor Castle. https://bit.ly/2Rj6fUh

Was this a surprise?: Eh, not really. The meeting has been in the works and the Queen “has met with a dozen American presidents in her 69 years on the throne.”

Keep in mind — this is not Biden’s first royal rodeo: “Biden has met with other members of the royal family, specifically Prince Harry in 2017 when he and then-President Obama traveled to the Invictus Games in Toronto.” 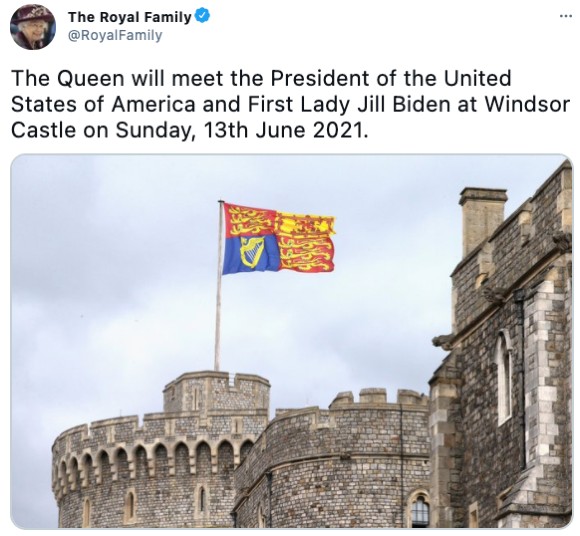 THE LATEST WITH BIDEN’S AGENDA

Plan A was positive reinforcements and attentively listening to concerns. Now onto Plan B…:

How Biden called out Manchin and Sinema — yes, he referred to himself in the third person: “Biden only has a majority of effectively four votes in the House, and a tie in the Senate — with two members of the Senate who voted more with my Republican friends.”

Specifically where Manchin disagrees with the Dem agenda: “Manchin has expressed opposition to core elements of Biden’s legislative priorities such as raising the federal minimum wage to $15 an hour, overhauling campaign finance and election law, enacting a House-passed bill to expand background checks, and raising the corporate tax rate from 21 percent to 28 percent.”

Keep in mind: It’s not actually true that the two senators vote with Republicans more than with Democrats. But Democratic senators seemed to like the new tone.

Sinema’s reasoning: “To those who say that we must make a choice between the filibuster and ‘X,’ I say, this is a false choice. The reality is that when you have a system that is not working effectively — and I would think that most would agree that the Senate is not a particularly well-oiled machine, right? The way to fix that is to fix your behavior, not to eliminate the rules or change the rules, but to change the behavior.”

Today in ‘you can’t blame the Republicans because this is our own fault’:

Via The Hill’s Jordain Carney, “Democrats are facing significant internal stumbling blocks to getting their voting rights legislation through the Senate, as President Biden calls on Congress to get the bill to his desk.” https://bit.ly/3fKt10D

The holdup? You guessed it!: Sen. Joe Manchin (D-W.V.) opposes the bill because he thinks it’s too broad.

What the bill would do: It would “[require] states to offer mail-in ballots and a minimum of 15 days of early voting, while calling for online and same-day voter registration and the creation of independent commissions to draw congressional districts in an effort to put an end to partisan gerrymandering.”

Where the bill goes from here: https://bit.ly/3fKt10D

New development in the infrastructure talks (!):

Via The Washington Post’s Seung Min Kim and Tony Romm, “[President Biden] offers major change to tax proposal in effort to secure infrastructure deal with Republicans: Instead of raising corporate tax rates to 28 percent, Biden has offered to create a new tax floor of 15 percent for businesses that pay very little.” https://wapo.st/3vSgluy

TIDBIT — BIDEN AND CAPITO WILL TALK AGAIN ON FRIDAY:

Via The Hill’s Morgan Chalfant, “President Biden and Sen. Shelley Moore Capito (W.Va.), the lead Republican negotiator on infrastructure talks, met for about an hour at the White House on Wednesday and made plans to speak later this week as the two sides discuss a potential bipartisan agreement.” https://bit.ly/3vSeEgG

This is great news — COVID deaths in nursing homes are significantly dropping:

Via The New York Times’s Brillian Bao and Yves De Jesus, “Nearly a year ago, more than 43 percent of coronavirus deaths in the United States were tied to long-term-care facilities. Now, the deaths of people connected to such facilities has dropped to 31 percent, according to a New York Times database, revealing an improving picture for the oldest Americans.” https://nyti.ms/2SUThfO

The numbers: “Nursing homes across the United States reported more than 5,000 deaths per week from early December through mid-January. Since late March, the homes have reported fewer than 300 deaths a week.”

Total number of vaccinations administered in the U.S.: 297 million shots have been given.

Interesting thread — oh the stories we will all have for years to come:

The full thread of tweets: https://bit.ly/2Rh5bAe 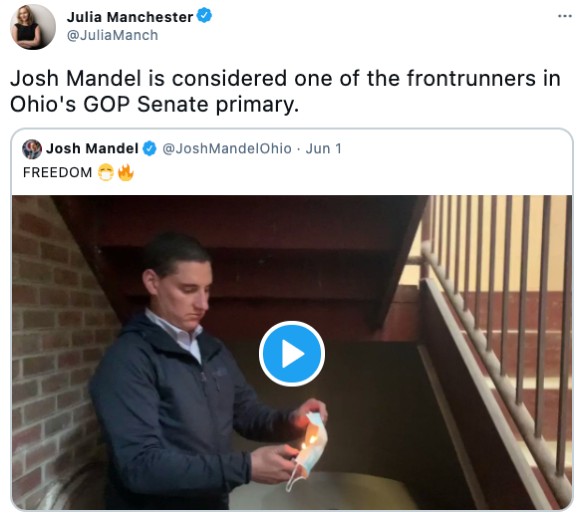 President Biden is in Rehoboth, Del., with no public events on his schedule. 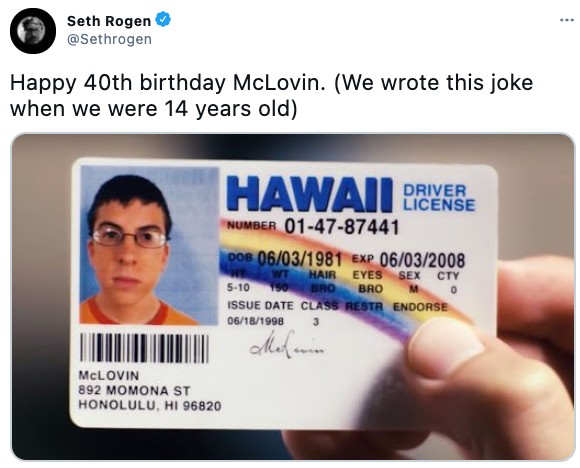 Just in case you’ve missed this strange development — Crocs are back in style:

Via The Washington Post’s Abha Bhattarai, “Crocs has unexpectedly turned its polarizing crayon-colored shoes into a hip, even glamorous, statement. Sales have skyrocketed during the pandemic — up more than 60 percent the past quarter — as the brand expands its reach to toddlers, trendy teens and their grandparents.” The full story: https://wapo.st/34MsFjQ

And to brighten your afternoon, here’s a pup with an adorable mustache: https://bit.ly/2Tv65Ka