The Food and Drug Administration’s (FDA) vaccine advisory committee is meeting today to discuss whether to recommend the Pfizer COVID-19 vaccine for children ages 5-11.

What we know: Pfizer released data last week showing that the vaccine is 91 percent effective at preventing symptomatic disease in kids ages 5-11. https://bit.ly/2Z9XqQ

Keep in mind — today’s decision isn’t binding but is very important: “The committee’s recommendations on whether to authorize vaccines are not binding, but the F.D.A. typically follows them in the days after the vote.” More from The New York Times: https://nyti.ms/3jCOhHn

Watch it live: The committee started at 8:30 a.m. Here’s the livestream: https://bit.ly/3mhAIyA

Stat News has a helpful liveblog of updates: https://bit.ly/2XPQbwG

Total number of vaccinations administered in the U.S.: 414 million shots have been given. 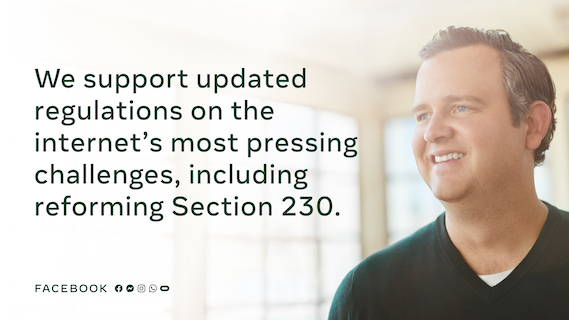 Via The Hill’s Jordain Carney, “Sen. Joe Manchin (D-W.Va.) said Democrats should use arcane budget rules to raise the debt ceiling if they can’t get a deal with Republicans.” https://bit.ly/3Cj6mBF

Manchin’s thinking: “Manchin, speaking at an Economic Club of Washington, D.C., event, first floated that the debt ceiling could be raised through the 14th Amendment …  But Manchin added that if Democrats can’t get GOP support for that idea, then Democrats should use arcane budget rules known as reconciliation to raise the debt ceiling.”

TIDBIT FROM THE MIDDLE — JOE MANCHIN IS HAVING A BIT OF AN IDENTITY CRISIS:

When recently asked about whether his life would be easier if he became a Republican, Sen. Joe Manchin (D-W.Va.) joked:

“I don’t think the R’s would be any more happier with me than the D’s right now… I don’t know where in the hell I belong.” https://bit.ly/3EcGtUo

Democrats appear to be close to a deal for their social spending bill, but a few outstanding disagreements are holding up its passage. https://bit.ly/3mfT9nC

A DEADLINE DEMS ARE HOPING TO HIT:

President Biden leaves for Rome, Italy, on Thursday and is hoping to reach a deal on his economic agenda before he leaves. https://bit.ly/3Gro883

This is putting Bernie Sanders in a really tough spot:

“Sen. Bernie Sanders (I-Vt.) is facing a gut-wrenching decision about whether to sign off on a whittled-down budget reconciliation package that is expected to fall short of his goal to expand Medicare and empower the federal government to negotiate lower prescription drug prices.” https://bit.ly/3pBHZeX

Why specifically Bernie Sanders?: Sanders is the chairman of the Senate Budget Committee. If he’s on board, other progressives are likely to follow. He’s been very vocal about dramatically expanding the size of the federal government and this bill is pretty watered down.

^ Not to mention that Democrats can’t afford a single defection for the bill to pass. We’ve had our attention on Sens. Joe Manchin (D-W.Va.) and Kyrsten Sinema (D-Ariz.), but the bill could tank just as easily with opposition from the left.

How this could play out, via The Hill’s Alexander Bolton: https://bit.ly/3pBHZeX

‘What if I told you there’s another way to pay for the bill but doesn’t necessarily mean raising tax rates?’:

Why this is being floated: Sen. Kyrsten Sinema (D-Ariz.) is opposed to raising tax rates.

How many taxpayers would this policy apply?: “…about 700 taxpayers with more than $1 billion in assets or $100 million in income for three years in a row.”

Why some Democrats are wary of this proposal: It could be tricky to craft.

Everything we know about the proposal, via The Hill’s Naomi Jagoda: https://bit.ly/2XKwczh

AN EXPLAINER ON HOW THIS PROPOSAL WOULD WORK:

The group may be small but they are loud:

Via The Hill’s Tal Axelrod, “A small but vocal group of Republican midterm candidates with ties to the Jan. 6 insurrection is threatening to upend the GOP’s effort to make the 2022 cycle a referendum on President Biden, sparking a brewing headache for a party that’s been boasting of a wave next year.” https://bit.ly/3bahp4f

How the GOP is trying to frame themselves: “The GOP has pounced on issues like stubbornly high coronavirus infection rates, a sluggish economy and the ugly Afghanistan withdrawal to train voters’ attention on Biden.”

^ But the fringe campaigns may mess that up: “some Republicans say their messaging efforts could be disrupted by candidates who are running fringe campaigns but could force more mainstream contenders to spend time answering for their connections to the riot and former President Trump’s spurious election fraud claims.”

These fringe candidates could very well lose, but here’s the problem: “Many of the candidates with some connection to the insurrection are not expected to win the GOP primary in almost every race. But their campaigns still threaten to derail those of more conventional contenders.”

“Liberty University threatened to punish students who came forward with reports of being raped for violating the school’s code of conduct, according to a new report published Monday by ProPublica.” 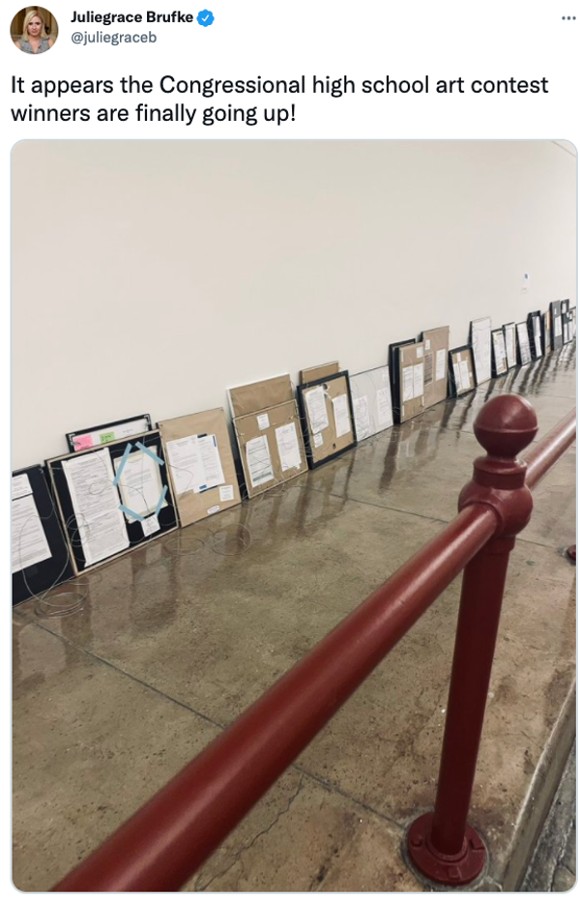 Hahaha — this is incredible: 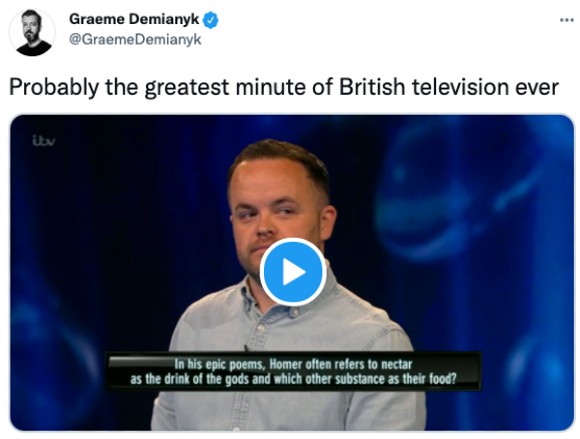 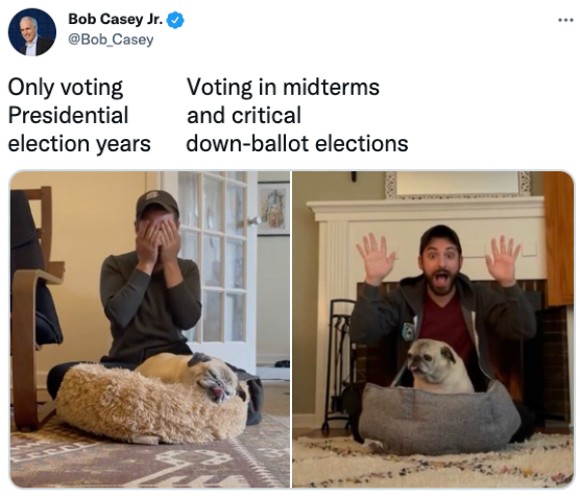 ^ If you don’t understand this reference: It’s a reference to the 13-year-old pug who decides which days he wants to stay in bed. The full story: https://wbur.fm/3jAMFOs

And to brighten your Tuesday, here’s a baby koala having a great afternoon: 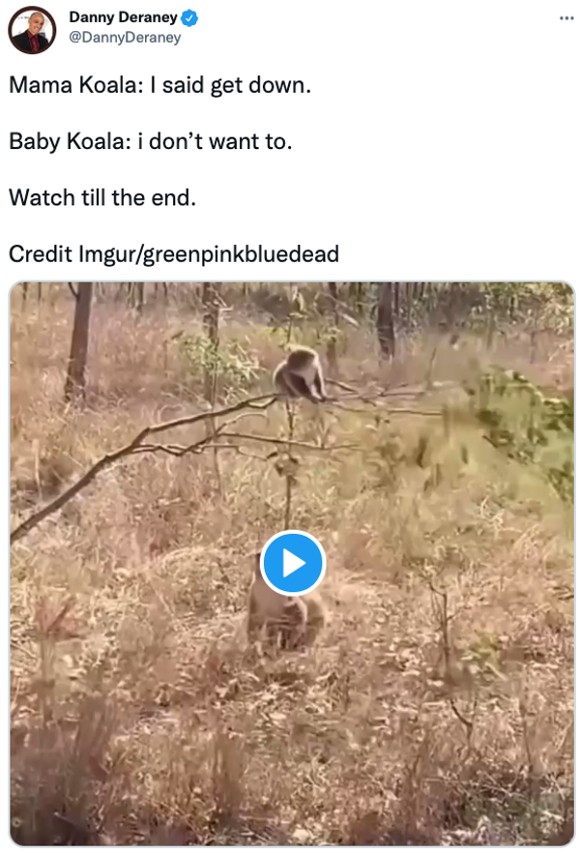