Maybe they should start reciting positive affirmations for the bill — ‘I am loved. I am supported. I will pass. Pass with flying colors.’:

Via The Hill’s Aris Folley, Naomi Jagoda and Mike Lillis, “House Democrats are increasingly bullish that they will pass their social spending and climate package this week, saying they’ll rally the support of wary moderates who want more information on the measure’s cost before voting for it.” https://bit.ly/3wZ4BHN

The plan — debate starts today: “House Majority Leader Steny Hoyer (D-Md.) said Tuesday that the bill will hit the floor Wednesday for debate, and receive a vote as soon as Thursday, though the timeline could slip to Friday or Saturday.”

What centrist Democrats are waiting for: More information from the Congressional Budget Office on the bill’s cost

How this could play out: https://bit.ly/3wZ4BHN

BECAUSE WE CAN’T MENTION RECONCILIATION WITHOUT MENTIONING THE BIG CHEESE, THE HEAD HONCHO, JOEY M.:

Politico’s Burgess Everett tweeted, “Manchin signals he’s OK doing reconciliation this year. ‘I’m not in charge of the timing. Whatever they want to do is fine with me,’ he says. ‘If we’re gonna vote, vote.’” https://bit.ly/3cmKPfY 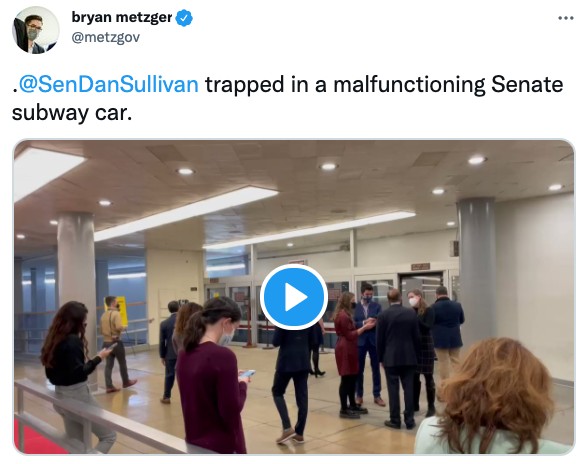 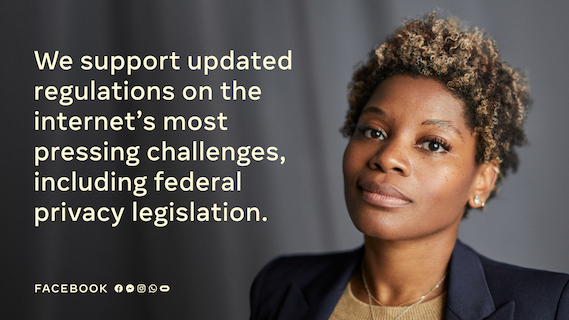 It’s Wednesday! I’m Cate Martel with a quick recap of the morning and what’s coming up. Send comments, story ideas and events for our radar to cmartel@thehill.com  — and follow along on Twitter @CateMartel  and  Facebook.

Just in case you want to name a venue after yourself: “Crypto.com paid more than $700 million for the naming rights, according to sources familiar with the terms, making it one of the biggest naming deals in sports history.”

When the change will officially happen: “The arena’s new logo will debut Dec. 25, when the Lakers host the Brooklyn Nets, and all of Staples Center signage will be replaced with the new name by June 2022.”

A very sad milestone to hit:

For the first time ever, more than 100,000 Americans died from drug overdoses in a one-year period.https://bit.ly/3qMOwEe

That’s a 29 percent increase from the year before.

The full story from The Hill’s Nathaniel Weixel: https://bit.ly/3qMOwEe

THE PANDEMIC IS LIKELY TO BLAME:

“The financial, mental health, housing and other difficulties of the covid-19 pandemic are widely blamed for much of the increase,” according to The Washington Post’s Dan Keating and Lenny Bernstein: https://wapo.st/3oGcQF5

Via The Hill’s Jordain Carney, “Democrats are trying to lock down their strategy for a looming government shutdown fight, as they debate punting into early 2022 or setting up another deadline closer to Christmas.” https://bit.ly/3oDizvh

A few options Dems are mulling: Passing another short-term funding bill through either Dec. 3 or through February or March

A reason some Dems support a shorter funding bill — pressure!: “Democrats who favor the shorter stopgap that would set up another funding cliff closer to Christmas say they want to keep pressure on Republicans to cut a deal on fiscal 2022 funding.”

The debt limit is that bumblebee that keeps buzzing around your head even if you try to ignore it:

Democrats’ plan: “Senate Democrats are ruling out the possibility of using the special budget reconciliation process to raise the debt ceiling with only Democratic votes. But that means they’ll need some help from Senate Republicans, setting up another standoff over government spending next month.”

Keep in mind: Republicans blinked once and passed a short-term debt-limit increase to give Democrats more time. The big question now — will they do that again?

When the debt limit is expected to be reached: Dec. 15, according to Treasury Secretary Janet Yellen

Well, when you put it that way…:

“House Republicans are pushing to retaliate against 13 of their GOP colleagues who voted for a bill to fix roads and bridges.” https://bit.ly/3oDjN9R

Minority Leader Kevin McCarthy’s (R-Calif.) message during a Capitol basement meeting: “They need to stick together and stay unified — not attack each other — as they focus on defeating Democrats, sources in the room said. That message was primarily aimed at Trump allies who have demanded that the 13 Republicans be stripped of their committee assignments for handing Biden a big bipartisan victory on the $1.2 trillion infrastructure package.”

More on the dynamic from The Hill’s Scott Wong: https://bit.ly/3oDjN9R

‘DEMOCRATS MAY RUE PURSUIT OF BANNON’:

Via The Hill’s Niall Stanage: https://bit.ly/3qJHpwf

Fire up the production to full-speed:

Via The New York Times’s Sheryl Gay Stolberg, “The White House, under pressure from activists to increase the supply of coronavirus vaccines to poor nations, plans to invest billions of dollars to expand U.S. manufacturing capacity, with the goal of producing at least one billion doses a year beginning in the second half of 2022, two top advisers to President Biden said in an interview on Tuesday.” https://nyti.ms/3FppC1r

Total number of vaccinations administered in the U.S.: 441 million shots have been given.

One of the best tweets I’ve seen in some time:

Warwick then added: “It does not belong to you. Box it up and I will pay the cost of postage, Jake.” https://bit.ly/2YVO5f7

Taylor Swift recently released a rerecording of her 2012 album “Red,” that included a song that is rumored to be about her brief relationship with Jake Gyllenhaal.

The lyric in the song “All Too Well”: “And I left my scarf there at your sister’s house. And you’ve still got it in your drawer even now”

So, now, the scarf has been the subject of *many* social media posts. Gyllenhaal’s Instagram has been flooded with comments about the scarf.

More on why you may keep hearing references to the scarf: https://cnn.it/3wT13XL

LOL, CHECK OUT THIS LIBRARY DISPLAY IN HONOR OF TAYLOR SWIFT:

And let’s just say, it’s *not* in honor of Jake Gyllenhaal: https://bit.ly/3FqCy7m 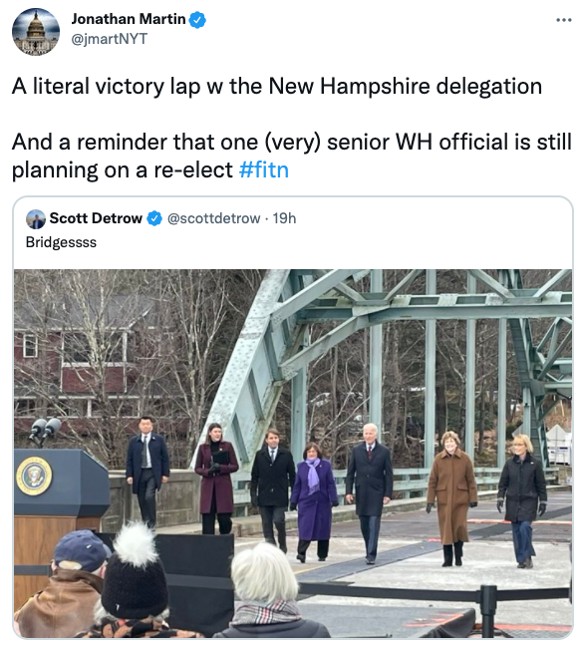 The House and Senate are in. President Biden is in Michigan this afternoon. Vice President Harris is in Washington, D.C.

Catching up over a cold, frothy glass of butterbeer!:

Via The Washington Post’s Adela Sulliman, “Stars of the Harry Potter movies will reunite two decades after the release of the first film — ‘Harry Potter and the Sorcerer’s Stone’ — for an anniversary television special, set to air in January 2022, movie studio Warner Bros said Tuesday.” What we know: https://wapo.st/3Fk2kd6

Getting traction — for OBVIOUS reasons:

Photo of the enormous Reese’s — to prove I’m not making this up: https://cnn.it/30BVgdi

Ugh, I have some sad news to report: The giant Reese’s cups are already sold out. Reese’s, make more!! https://fxn.ws/30vfXrr

And to brighten your Wednesday, here’s a dog who is simply waiting for the game to begin: https://bit.ly/3H3TiD0

^ Make sure your sound is on 😉

Women lean into the fight over abortion rights