The Hill’s 12:30 Report: Dems barrel towards voting rights vote with no outcome

Ready or not, here we come!:

Senate Democrats are beginning debate on the voting rights legislation that has no clear plan for passage.

WHY THIS IS A STICKY SITUATION:

Via The New York Times’s Catie Edmondson, “The push to proceed even in the face of almost certain failure reflects the party’s conundrum, facing two key defections in its ranks and a wall of Republican opposition.”

And assuming the bills fail: It would be President Biden’s second failed priority in the past month — in a Congress that his party controls. https://nyti.ms/3GFbylB

If (and when) Plan A fails:

Senate Democrats are looking into alternative plans for passing the voting rights bills as two moderate Democratic senators refuse to give their party enough votes to alter the filibuster rules. https://bit.ly/3rMuGYH

Another plan that’s gaining traction among Dems: “[Some] Democrats are discussing a novel approach to circumventing a Republican filibuster that may allow voting rights legislation to pass with 51 votes without changing the Senate’s rules … They hope that the Republican opposition may tire itself out after a few days or weeks…” Then a final vote could happen.

The flaw with this plan: “The problem with this approach, according to Democrats familiar with the discussion, is that it hasn’t been attempted in decades and no one is quite sure how it would play out procedurally.”

How this could play out, via The Hill’s Alexander Bolton: https://bit.ly/3rMuGYH

OK, but have they tried putting glasses, a fake nose and a mustache on the bill?:

Reuters’ Andrea Shalal and Jarrett Renshaw are reporting that the White House is preparing another social spending package that includes elements of the failed Build Back Better Act. https://reut.rs/3rMHi1Z

The gist of the new proposal: The bill would “keep climate change measures but pare down or cut items like the child tax credit and paid family leave.”

^ HOLD UP — THE WHITE HOUSE IS DENYING THIS REPORT:

White House spokesman Andrew Bates said in a statement: “Reuters is wrong. We are always in touch with members about this, and the substance and details of this report are off-base.”

Prepare for a battle royale:

Via The Hill’s Max Greenwood, “The long-simmering tensions between former President Donald Trump and Florida Gov. Ron DeSantis (R) are reaching a boiling point ahead of a potential 2024 primary clash.” https://bit.ly/3A9TJZb

Trump’s big complaint with DeSantis: “Trump has griped behind the scenes for months about DeSantis’s rapid political rise, including chatter about a future White House bid.”

Another shot at DeSantis: “[Just] last week, Trump appeared to take a thinly veiled shot at DeSantis for refusing to say publicly whether he has received his COVID-19 booster shot. In an interview with the conservative One America News Network, the former president slammed ‘gutless’ politicians who won’t reveal their booster status, a comment that was widely viewed as aimed at [DeSantis].”

How this could play out in the GOP: https://bit.ly/3A9TJZb

A vaccine cocktail, if you will:

The CEO of Moderna said that his company is working on a combined vaccine for COVID-19, the flu and RSV.

In what context did Moderna CEO Stéphane Bancel make these comments?: Speaking on a panel at the World Economic Forum

In Bancel’s words: “Our goal is to be able to have a single annual booster so that we don’t have compliance issues where people don’t want to get two to three shots a winter. The best-case scenario would be the fall of 2023.”

WOW — LOOK AT THE BREAKDOWN OF OMICRON CASES VS. OTHER VARIANTS:

WHAT PERCENTAGE OF AMERICANS HAVE HAD COVID-19?:

At least 20 percent, according to data from Johns Hopkins University: https://bit.ly/33NdlWR

BEGINNING TOMORROW — HOW TO GET FREE COVID-19 TESTS FROM THE GOVERNMENT:

The gist: Go to https://www.covidtests.gov/ to order tests.

Total number of vaccinations administered in the U.S.: 527 million shots have been given.

Seven-day average of doses administered: An average of 1.37 million doses

Did you know that outgoing Virginia governors play pranks on their successors?: 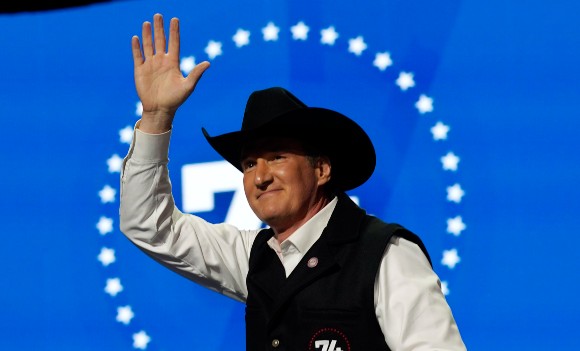 Via The Washington Post’s Laura Vozzella, “Democrat Ralph Northam held up his end of the deal over the weekend, when he handed a practical joke-riddled Executive Mansion over to Republican Glenn Youngkin.” https://wapo.st/33OgXb6

One of the pranks: “In the governor’s office, Northam left a life-size cutout of former president Donald Trump, holding two thumbs up. The cardboard Trump had been kicking around Capitol Square since 2018, when outgoing Democrat Terry McAuliffe planted it in the office as a prank on the newly inaugurated Northam…”

That’s not all — here’s another prank Northam played on Youngkin: https://wapo.st/33OgXb6

This kid is going places: 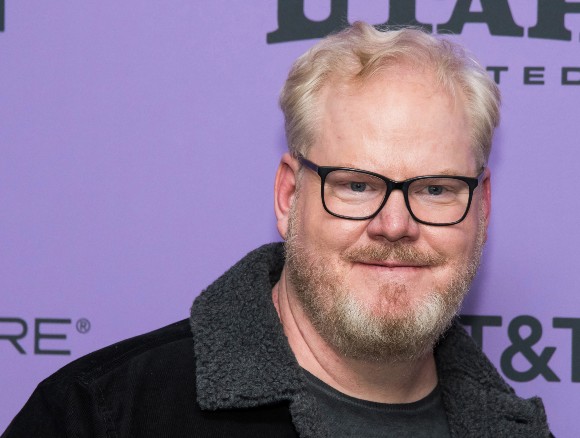 Comedian Jim Gaffigan has a wild idea: “They should bundle all the streaming services together and call it cable.” https://bit.ly/33Nw7h6

The House and Senate are in. President Biden and Vice President Harris are at the White House.

The Senate has no roll call votes scheduled.

And because you made it this far, here’s a wobbly baby learning to sit: https://bit.ly/3FF2iw8