The Hill’s 12:30 Report: Inside the US’s delicate mission to kill ISIS leader

It sounded like a tense few hours, but the leader of ISIS has been killed:

Why didn’t U.S. forces conduct an airstrike from a distance?: Special forces considered using an airstrike, but because al-Qurayshi surrounded himself with family, they opted for a riskier raid “to minimize civilian casualties.”

What happened?: As U.S. forces moved in, the ISIS leader set off a bomb on the third floor of the building, killing himself and members of his family. Thirteen civilians, including six children, were killed, according to NPR. https://n.pr/3rnRbns

Were any Americans hurt in the operation?: No, all Americans involved have returned safely.

Tidbit: According to CNN’s Kaitlan Collins, the terrorist leader was on the third floor of the building. U.S. military knew it was possible he would detonate himself and calculated whether a detonation would collapse the entire building, therefore increasing possible civilian casualties.

“Military engineers figured out ahead of time that if Haji Abdullah set off a detonation (which he did) the blast would not cause the building to collapse, which was of concern given civilians were inside. ‘I doubt he knew that when he set off that detonation,’ an official says.” https://bit.ly/3IVnS1u

Video footage of the destroyed building after the operation: From CNN: https://cnn.it/3IY4y3V

WATCH BIDEN’S REMARKS AND DESCRIPTION OF THE OPERATION:

Here’s the livestream from this morning: https://bit.ly/34vtSiS

QUICK PRIMER ON WHAT WE KNOW ABOUT THE ISIS LEADER — AND WHERE WE STAND WITH THE FIGHT AGAINST ISIS:

Via The Washington Post’s Ellen Francis and Adela Suliman: https://wapo.st/3sdMUCz

It’s Thursday — the 2022 Winter Olympics officially kick off tomorrow! I’m Cate Martel with a quick recap of the morning and what’s coming up. Send comments, story ideas and events for our radar to cmartel@thehill.com — and follow along on Twitter @CateMartel and Facebook.

During the prayer breakfast this morning, President Biden called out Senate Minority Leader Mitch McConnell (R-Ky.) as his friend. https://bit.ly/3sbaGPn

“Mitch, I don’t want to hurt your reputation, but we really are friends and that is not an epiphany we are having here at the moment. You’ve always done exactly what you’ve said. You’re a man of your word and you’re a man of honor. Thank you for being my friend.”

Watch Biden talk about his friendship with McConnell: https://bit.ly/3sbaGPn 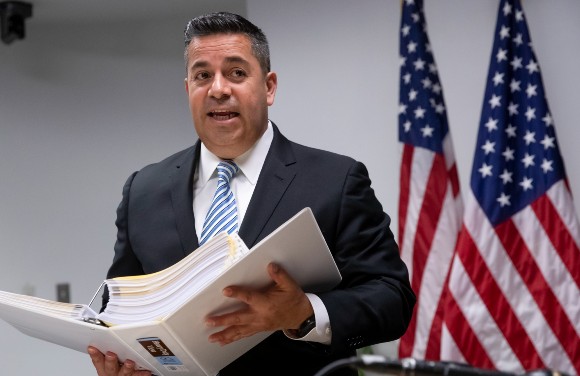 Via The Hill’s Jordain Carney, “Sen. Ben Ray Luján’s (D-N.M.) stroke is forcing Democrats to recalibrate as they hit the limits of their 50-50 majority.”

What happened?: “Luján, 49, checked himself into the hospital Thursday, his office announced Tuesday, and was ‘found to have suffered a stroke in the cerebellum, affecting his balance’ and ‘subsequently underwent decompressive surgery to ease swelling.’”

Is he OK?!: Aides say Luján should be back in four to six weeks unless there are complications.

What this means for the Senate: It leaves a tricky situation for Democrats who already had a slim majority. “They’ll have 49 senators to the GOP’s 50 if every senator but Luján is present for the next month.”

More on what this means for the Senate: https://bit.ly/3ombeB7

Via The Hill’s Mike Lillis, “House Democrats of all stripes are pressing for quick action on the climate, health and education package at the heart of President Biden’s domestic agenda, warning that a long delay in revisiting the Build Back Better Act is the surest way to kill it.” https://bit.ly/34yxdxl

Where things stand for Dems: “[Democratic] lawmakers are citing a host of reasons for their pleas of urgency, including the fast-approaching midterm elections, the desperate desire to give an unpopular president a big boost and the party’s fragile Senate majority that’s just one tragedy away from flipping to GOP control — a dynamic highlighted this week when Sen. Ben Ray Luján (D-N.M.) announced that he’s recovering from a stroke.”

The theme: “Time, they say, is not on their side.”

Where things stand on Capitol Hill with Biden’s agenda: https://bit.ly/34yxdxl 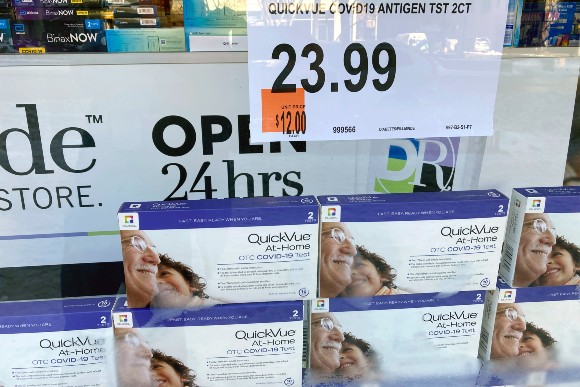 Via The Hill’s Nathaniel Weixel, “Medicare will soon start to pay for at-home COVID-19 tests, allowing beneficiaries to have the same access to free over-the-counter tests as people with private insurance.” https://bit.ly/3L72AA5

When this will start: “In the early spring,” The Centers for Medicare and Medicaid Services announced.

Total number of vaccinations administered in the U.S.: 541 million shots have been given.

Well, well, look who it is:

The Washington Post’s David Weigel tweeted, “Ran into a congressman tonight who was still annoyed over a dumb tweet I sent last year. Let this be a lesson: Don’t talk to congressmen.” https://bit.ly/34gaSVJ

The House and Senate are in. President Biden is in New York today. Vice President Harris is in Washington, D.C. 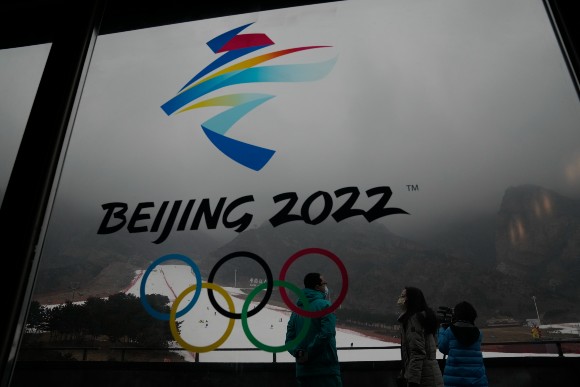 –> https://bit.ly/3scfi81 I recommend listening to a few seconds of it to get pumped up for the afternoon. 😉

The 2022 Winter Olympic opening ceremonies are tomorrow, but a few of events have already started competing. Curling, freestyle skiing and hockey are happening today.

Here’s the list of events and the schedule: https://bit.ly/3rmvXXk

And because you read this far, here’s a peacock who dramatically shows off for a woman: https://bit.ly/3sb2vmo