Via The New York Times’s Lisa Lerer, Luis Ferré-Sadurní and Astead W. Herndon, “Gov. Kathy Hochul will drop New York’s stringent indoor mask mandate on Wednesday, ending a requirement that businesses ask customers for proof of full vaccination or require mask wearing at all times, and marking a turning point in the state’s coronavirus response, according to three people briefed on her decision.” https://nyti.ms/3BnwiMV

Massachusetts is jumping in on the fun:

Via WCVB News Boston, Massachusetts is lifting its mask mandate for schools at the end of the month. https://bit.ly/3rEQjeE 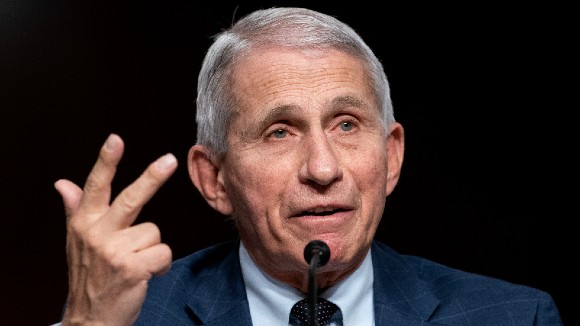 In Fauci’s words: “As we get out of the full-blown pandemic phase of COVID-19. Which we are certainly heading out of, these decisions will increasingly be made on a local level rather than centrally decided or mandated. There will also be more people making their own decisions on how they want to deal with the virus.”

Total number of vaccinations administered in the U.S.: 544 million shots have been given.

It’s a beautiful, sunny Wednesday in Washington, D.C. I’m Cate Martel with a quick recap of the morning and what’s coming up. Send comments, story ideas and events for our radar to cmartel@thehill.com — and follow along on Twitter @CateMartel and Facebook.

Three words that worked as a fire starter:

Via The Washington Post’s Josh Dawsey and Felicia Sonmez, when the Republican National Committee (RNC) censured two Republicans for serving on the committee to investigate the Jan. 6 Capitol siege, its members justified the insurrection as “legitimate political discourse.” https://wapo.st/3GKwIhq

“Those three words have since sparked a massive backlash among GOP senators who fear the resolution could jeopardize the party’s fortunes in the midterm elections. The move has also led to days of attempted political cleanup by the Republican National Committee over the language and the accompanying censures.”

Clean-up crew on aisle 6: “While RNC Chairwoman Ronna McDaniel and party officials say they did not intend to defend violent insurrectionists in the resolution — which passed the committee of grass-roots members overwhelmingly — the words have been widely criticized by Republicans and Democrats alike.”

^ Yes, they’re related, if you didn’t know that.

OK, so what’s the tea?: Romney wouldn’t give details of the conversation, but said:

“We’ve exchanged some texts. … I expressed my point of view …  I think she’s a wonderful person and doing her very best.”

Mitch is sharing his boundaries:

In McConnell’s words: “It was a violent insurrection with the purpose of trying to prevent a peaceful transfer of power after a legitimately certified election. … That’s what it was.” 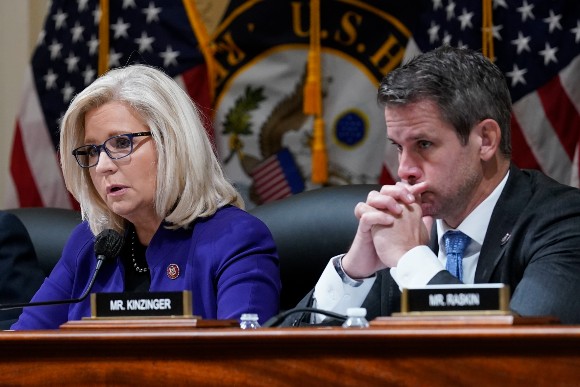 The RNC censured Reps. Adam Kinzinger (R-Ill.) and Liz Cheney (R-Wyo.) for serving on the House select committee to investigate the attack on Jan. 6, 2021. The RNC has received a lot of criticism for the move. https://bit.ly/3rF0zn7

DOES MCCONNELL’S SENTIMENT CARRY OVER INTO THE HOUSE?:

Via The Hill’s Amie Parnes and Hanna Trudo: https://bit.ly/3oCjOvp

IN THE DEMOCRATIC PARTY

‘OH BABY, why don’t you just meet me in the middle?’ … We’re losing our minds ~just a little~:

If you want a little distraction from work–> https://bit.ly/33ebquQ

Via The Hill’s Alexander Bolton, “Senate Democratic moderates are urging their leadership to tack to the center by moving bills to the floor that can pass with strong Republican support, but it’s creating tension with liberals who don’t want to abandon the core components of Build Back Better, voting rights legislation and other progressive priorities.” https://bit.ly/3HDaMGc

Has the message been received?: “Senate Majority Leader Charles Schumer (D-N.Y.) appears to have heard the message from moderates in his caucus loud and clear.”

So, now what?: “This week, Schumer is stressing plans to vote on legislation that has bipartisan support, such as ending the use of forced arbitration clauses to avoid sexual harassment and assault lawsuits, a bill to strengthen the nation’s cybersecurity infrastructure and a measure to improve U.S. competitiveness with China.”

LATEST WITH THE SUPREME COURT NOMINATION

Republicans are salty with Biden’s qualifiers:

Republicans are criticizing President Biden for vowing to select the first Black woman to serve on the Supreme Court, arguing it promotes racial quotas. https://bit.ly/3B8HQTS

A few examples of Republicans slamming Biden’s promise: “Sen. Roger Wicker (R-Miss.) characterized Biden’s promise as a case of ‘affirmative racial discrimination,’ suggesting the eventual nominee would be cast under a shadow as ‘the beneficiary of this sort of quota.’ Sen. Josh Hawley (R-Mo.) accused the administration of being ‘race-obsessed.’”

How this is playing out, via The Hill’s Mike Lillis: https://bit.ly/3B8HQTS

WHAT BIDEN SAID DURING THE RETIREMENT ANNOUNCEMENT OF JUSTICE STEPHEN BREYER: 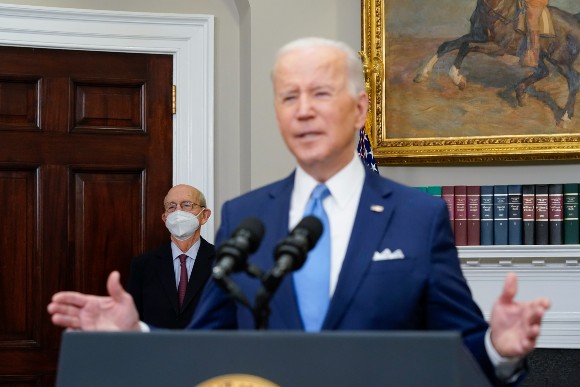 “The person I will nominate will be someone with extraordinary qualifications, character, experience and integrity. And that person will be the first Black woman ever nominated to the United States Supreme Court. It’s long overdue, in my view.” More from Biden’s comments that day: https://cbsn.ws/3GCoRT0

Wait, I love this:

The Huffington Post’s Igor Bobic posted a video yesterday, “There’s a brass band rockin out outside the Capitol right now. This needs to be a daily thing” Video — they’re really talented!: https://bit.ly/35UrW3T

The Chicago Tribune tweeted, “Whether it’s beer, wine or liquor, alcohol can be a great way to relax with friends and family, enhance a meal, celebrate a special occasion and more.” https://bit.ly/33c5BOs

Journalist Taylor Lorenz added, “Cool, will check it out” https://bit.ly/3oEfFan

The House and Senate are in. President Biden is in Washington, D.C.

2:15 p.m. EST: Another confirmation vote in the Senate. 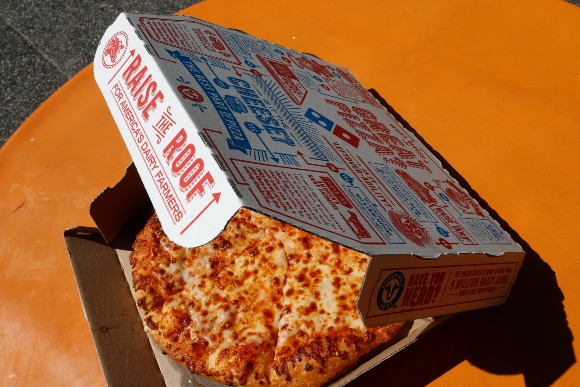 To celebrate, here’s a list of pizza deals today: https://bit.ly/3gvEe53

And to further distract you from your work, here’s a dog who sees himself on TV. “I’m a star! I’m a star!”: https://bit.ly/3gxB2Wj

White House’s Bedingfield to step down as communications director