The Hill’s 12:30 Report: Signs of de-escalation in Ukraine

This situation is more delicate than walking through the fine China department with a toddler:

^ I channeled my inner Ted Lasso with that metaphor.

Russia is reportedly pulling back some of its troops from the Ukraine border, a small but hopeful sign of de-escalation in the region.

Oh and: Russian President Vladimir Putin said he is ready to negotiate with the U.S. and NATO.

Specifically what Putin wants to discuss with the U.S. and NATO: “Putin said Russia is ready to engage in talks on limiting the deployment of intermediate range missiles in Europe, transparency of drills and other confidence-building measures. But emphasized the need for the West to heed Russia’s main demands.”

What we know, from The Associated Press’s Dasha Litvinova and Yuras Karmanau: https://bit.ly/3oPyCXG

DOES THIS MEAN AN INVASION PROBABLY WON’T HAPPEN?:

This is the biggest sign of de-escalation that we’ve seen, but the threat of Russian invasion in Ukraine is still very high.

HOW THE HEAD OF NATO DESCRIBES THE CURRENT SITUATION:

NATO Secretary General Jens Stoltenberg told reporters: “There are signs from Moscow that diplomacy should continue. There are grounds for cautious optimism. So far, we have not seen any sign of de-escalation on the ground.” More context from The Washington Post: https://wapo.st/3JlqDcS 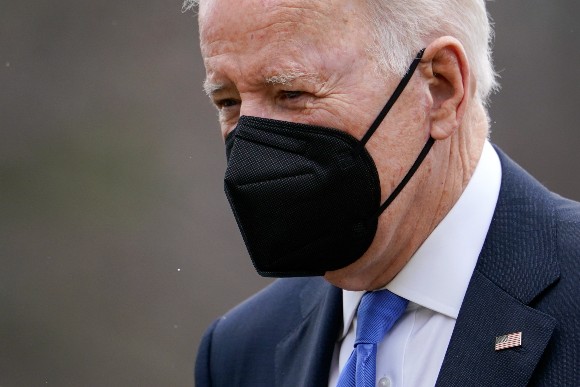 The Hill’s Niall Stanage examines President Biden’s options — and the military and political realities boxing him in: https://bit.ly/3Bp4ck0

It’s Tuesday and the halfway point of February! I’m Cate Martel with a quick recap of the morning and what’s coming up. Send comments, story ideas and events for our radar to cmartel@thehill.com — and follow along on Twitter @CateMartel and Facebook.

Russia is hogging all the headlines today, huh?:

Russian figure skater Kamila Valieva, 15, is allowed to skate in the remaining Olympic events despite having recently failed a doping test. https://bit.ly/3Bl0UP0

Has she been cleared?: No, there will still be a full investigation.

Then why can she skate?: “The court gave her a favorable decision in part because she is a minor, known in Olympic jargon as a ‘protected person,’ and is subject to different rules from an adult athlete.”

Why are we just hearing about this now?: She took the drug test on Dec. 25, but the results weren’t finalized until last week (?) when she had already won gold.

More on the decision to let her skate, via The Associated Press’s James Ellingworth and Graham Dunbar: https://bit.ly/3Bl0UP0

HOW TEAM VALIEVA IS RESPONDING TO THE ALLEGATIONS:

Valieva argues it was a mix-up with her grandfather’s heart medication, according to Reuters. https://reut.rs/3oPsD5a

HOW THE SKATING WORLD IS REACTING TO THE DECISION TO LET HER SKATE:

Former Olympic skater Adam Rippon told The New York Times: “It’s all just so unfair. And now it’s also so unfair to all of these ladies because their whole Olympic experience is now wrapped up in the controversy because a country doesn’t want to play by the damn rules.”

More on the frustration and anger in the skating world from the decision: https://nyti.ms/3rRly6j

Hint: Neither agree with the decision. Watch: https://bit.ly/3LuKLv3

^ Speak of the devil — Kamila Valieva competed this morning:

I don’t want to give any spoilers, so if you want to know how it went, click here: https://bit.ly/3JoK30g

Via The Hill’s Sylvan Lane, “Prices charged by producers rose 1 percent in January, according to data released Tuesday by the Labor Department, twice the jump projected by economists.” https://bit.ly/33lx8gi

Via The Hill’s Jenna Romaine: https://bit.ly/3Jz7bJP

News you can use — here’s what to do if you’ve lost your vaccine card: 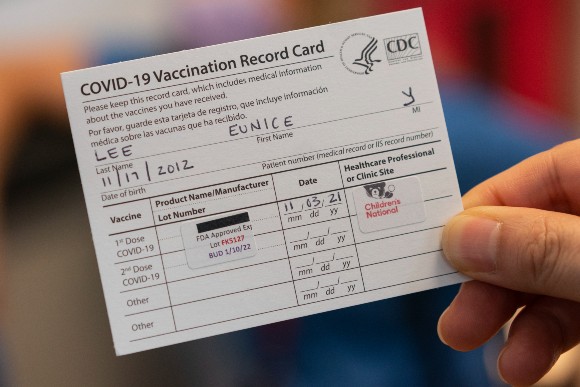 CNN’s Megan Marples walks through the options of how to recover your COVID-19 vaccination card: https://cnn.it/3LxubKW

Total number of vaccinations administered in the U.S.: 547 million shots have been given. 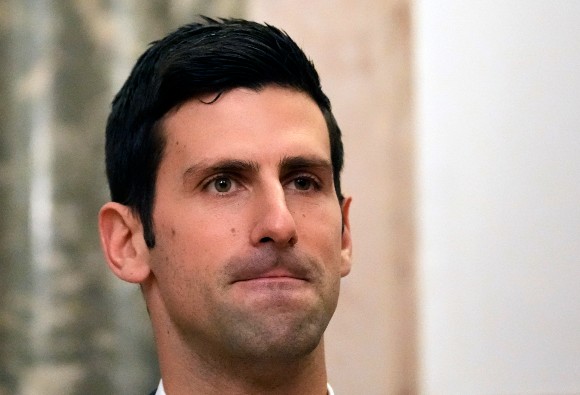 Tennis star Novak Djokovic told BBC’s Amol Rajan that he would rather not compete in tournaments, such as the French Open and Wimbledon, if they require the COVID-19 vaccine. https://bbc.in/3sKTVe8

Keep in mind: Djokovic was recently deported from Australia and was not allowed to play in the country’s Grand Slam tournament over the COVID-19 vaccine.

Djokovic told BBC: ” ‘I was never against vaccination,’ he told the BBC, confirming that he’d had vaccines as a child, ‘but I’ve always supported the freedom to choose what you put in your body.’ ”

This is not wrong:

Twitter user @ShadowTodd tweeted, “The ‘I only watch it for the ads’ attitude towards the Super Bowl is an artifact of twenty years ago when Super Bowl ads were very funny. Now it’s more like ‘we reunited the cast of The Office so Jim and Pam can sell you Doritos’ ” https://bit.ly/3rPfXgA

Yes, well he’s now selling that photo on a mug, The New York Times’s Shane Goldmacher pointed out. Screenshot of his post selling the mug: https://bit.ly/34BpL5f

The Senate is in. The House is out. President Biden is in Washington, D.C.

Noon: A confirmation vote in the Senate. The Senate’s full agenda today: https://bit.ly/350o4hy

Bloomberg Businessweek tweeted the headline, “Here’s one thing Covid can never take away from us: snacking” https://bit.ly/3GPIvek

Here’s the full article: It involves an interview with the maker of Oreos: https://bloom.bg/3JvWDuM

And because you read to the end, here’s a clever way to find a stud in the wall: https://bit.ly/3LBCB3V

^ Make sure you have your sound on for this one.