If we’re rating sanctions, these are toddler sanctions. … More than baby sanctions, but less than full-fledged adult sanctions:

Via Reuters’s Dmitry Antonov and Polina Nikolskaya, “The United States and its allies unveiled more sanctions against Russia on Wednesday over its recognition of two separatist areas in eastern Ukraine, while making clear they were keeping tougher measures in reserve in case of a full-scale invasion.” https://reut.rs/3BK9pTL

Why I described these sanctions as ‘toddler sanctions’: “None of the measures announced so far directly targets [President Vladimir] Putin himself, or is expected to have severe medium-term consequences for Moscow, which is sitting on more than $630 billion in international reserves.”

OK, so what are the sanctions?: Via The Hill’s Laura Kelly and Morgan Chalfant, “The president announced full-blocking sanctions on a Russian development corporation, VEB bank, and Russian state lender Promsvyazbank, as well as targeting Russian sovereign debt to cut Moscow off from Western financing. The Biden administration also announced sanctions on five prominent Russians with links to the Kremlin and their family members.” https://bit.ly/3IgiJ4o

Via The Hill’s Niall Stanage: https://bit.ly/3BHjT6x

^ But don’t get too comfy, Russia. The sanctions can and probably will get much worse:

In an interview on CNN’s “New Day,” a White House national security officials said more sanctions could come “at any moment.” https://bit.ly/3IklMIL

From White House deputy national security adviser Daleep Singh: “These costs are going to escalate from here. The two largest banks in the Russian economy are $750 billion in assets under management, that’s 10 times larger,” Singh said. “Our export controls, which can deny all of the critical technology inputs to Russia, have yet to be unveiled. We can unveil those at any moment.”

More on what to expect: https://bit.ly/3IklMIL 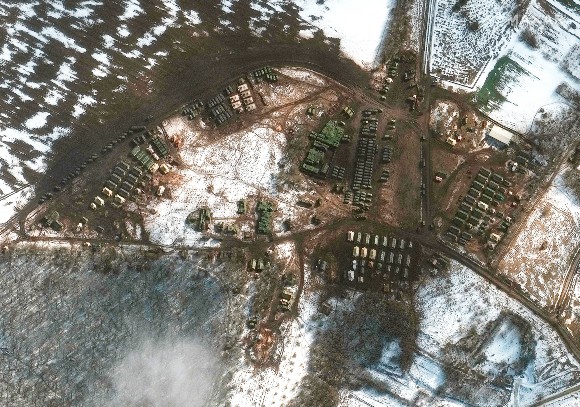 Here are photos and videos from Ukraine, via The Washington Post: https://wapo.st/3pd89Ub

IF YOU FEEL HELPLESS IN THIS SITUATION AND WANT TO DO SOMETHING:

The Shorenstein Center’s Jane Lytvynenko tweeted, “Ukrainians put together a list of resources on how foreigners can help. There are all reputable organizations doing good work. Spread far and wide:” Here’s the list of organizations helping Ukrainians: https://bit.ly/3h7A7MG

‘PUTIN HAS MADE AN ELABORATE SET OF CALCULATIONS. BUT HE HASN’T PLANNED FOR THIS.’:

From The New York Times’s editorial board: https://nyti.ms/3t4Kqqv

It’s a beautiful Wednesday in DC. I’m Cate Martel with a quick recap of the morning and what’s coming up. Send comments, story ideas and events for our radar to cmartel@thehill.com  — and follow along on Twitter @CateMartel and Facebook. 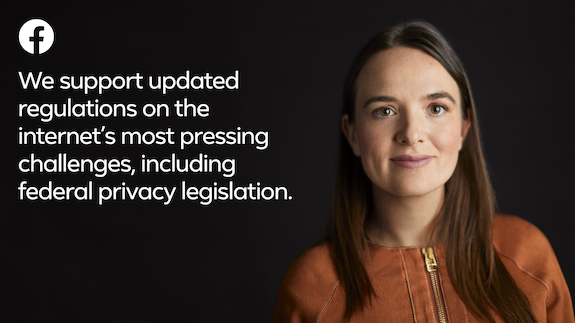 Paige is one of many experts working on privacy at Facebook—to give you more control over your information.

Hear more from Paige on why Facebook supports updating regulations on the internet’s most pressing challenges, including federal privacy legislation.

Trucker convoys are expected to arrive in Washington, D.C., in the coming days to protest COVID-19 restrictions.

When are the trucker convoys arriving?: The first are expected to arrive today, just before the evening rush hour. More on their arrival plans: https://bit.ly/3sbH7ym

WHAT DO WE KNOW ABOUT PROTESTERS’ PLANS?:

The trucker convoys are trying to shut down access around the beltway.

One truck convoy organizer, Bob Bolus, told Fox 5 DC: “I’ll give you an analogy of that of a giant boa constrictor,” explaining his goal to shut down the city of Washington, D.C. “That basically squeezes you, chokes you and it swallows you, and that’s what we’re going to do [to] D.C.”

^ A Fox 5 reporter asked him about inhibiting first responders or people from getting to their jobs: “There will be a lane open for emergency vehicles, they’ll be able to get in and out and all that. We will not compromise anybody’s safety or health, one way or the other. As far as if they can’t get to work, geez that’s too bad.”

HOW SERIOUSLY TO TAKE THIS THREAT — THIS CAN DEFINITELY CHANGE, BUT SO FAR … :

Reuters’s Julio-César Chávez tweeted, “Bob Bolus is on the highway headed down to DC.  We have driven up and down the line, His 18 wheeler is the only one in the convoy followed by four or five pick up trucks and SUVs (that we can tell). All other 18ws passing him. His claim of having 25 trucks driving down is false.” Video: https://bit.ly/3IhgwWe

HOW IS THE CITY PREPARING?:

Defense Secretary Lloyd Austin has approved 700 National Guard troops. What to know about the National Guard’s presence, via The Associated Press: https://n.pr/3vj4oQO

NBC’s Garrett Haake tweeted, “Basic security/traffic control measures starting to go up around the Capitol, ahead of next week’s State of the Union address and possible trucker protests in the DC area.” Photo: https://bit.ly/3HfA4Js

Paige is one of many experts working on privacy at Facebook—to give you more control over your information.

Hear more from Paige on why Facebook supports updating regulations on the internet’s most pressing challenges, including federal privacy legislation.

*Most people look around* — welp, too late:

Via The Hill’s Joseph Choi, “The Centers for Disease Control and Prevention (CDC) on Tuesday issued new COVID-19 mRNA vaccine guidance, expanding the recommended time between the initial two vaccine doses to eight weeks for some people over the age of 12, particularly young men.” https://bit.ly/3vhde1P

Compared to: “The prior recommended interval between initial doses was three weeks for the Pfizer-BioNTech vaccine and four weeks for the Moderna vaccine. This timeline is still recommended by the CDC for individuals who are immunocompromised, over 65 years old or in need of rapid protection against the coronavirus.”

Why: “According to the CDC, however, leaving more time between the first two doses of mRNA COVID-19 vaccines may reduce the risk for severe side effects such as myocarditis, or inflammation of the heart wall.”

The airline mask mandate is supposed to expire soon, but it may not: 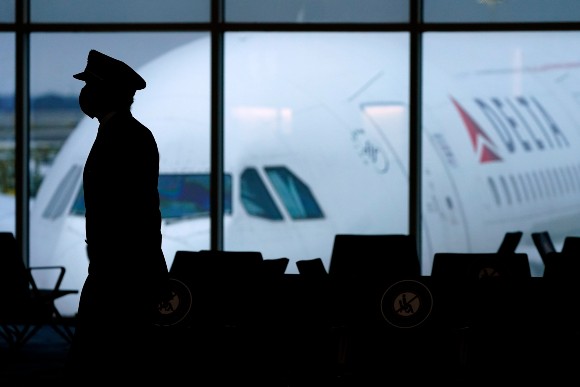 Via Bloomberg’s Mary Schlangenstein, “The largest union representing U.S. flight attendants expects a federal order mandating face masks for air passengers and other travelers will be extended again, even as a growing number of states and businesses lift restrictions.” https://bloom.bg/3BM6Z72

When the mandate officially ends: March 18

Keep in mind: The end date has been pushed three times so far.

Total number of vaccinations administered in the U.S.: 551 million shots have been given.

Introducing NotedDC: The Hill’s curated commentary on the beat of the Beltway. Click here to subscribe to our latest newsletter.

Overheard District tweeted a conversation between a congressman and a DCA gate agent, discussing a flight to Cleveland, Ohio:

“My scheduler promised you had 1st class open to upgrade.”

“We did but we had last minute changes, I’m really sorry.”

“You can get me up there, I really need it.”

“OK Congressman, which one of your constituents should I downgrade.” https://bit.ly/3BHQ1XI

This made me a little too excited:

^ A reader emailed me yesterday to let me know that every day until 3/1/22 is a palindrome. Pretty cool! 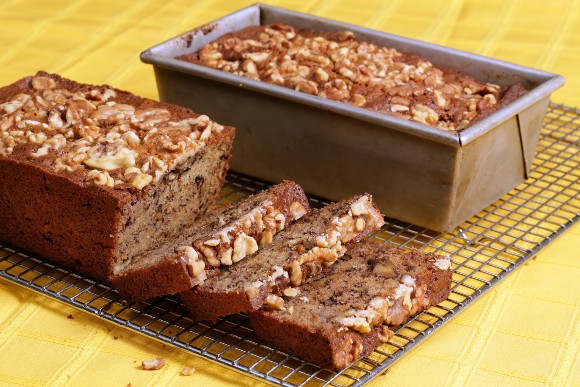 And all the doggos out there would like for me to let you know that today is also National Dog Biscuit Day. They also want me to pass along the message that they didn’t make the rule, but they would like it enforced.

And because you read this far, here’s a dog who can likely hear you from a mile away: https://bit.ly/3BIfVdI