What Democrats are happy about: “The legislation includes what Democrats have lauded as the biggest increase to nondefense discretionary spending in four years.”

What Republicans are happy about: “The GOP has … touted a $42 billion increase for defense spending in the package, saying the deal achieves dollar-for-dollar parity for defense and nondefense increases.”

What about Ukraine?: The bill includes $14 billion in aid to Ukraine.

What else is in the bill: https://bit.ly/3Kt0JUV

Punchbowl News’ John Bresnahan tweeted, “The $1.5 trillion omnibus is 2741 pages long. The House will vote on it later today (meaning there’s zero chance members will have a chance to read it.)” https://bit.ly/3CvoxVn

HERE’S THE FULL TEXT OF THE BILL:

HAPPENING TODAY AND FRIDAY — HEARING FROM THE BOSS:

THE LATEST IN UKRAINE

How much progress has Russia made? And how successful has Ukraine been in fending them off?:

CNN’s Jim Sciutto has a helpful explainer on where the situation stands. https://bit.ly/3pOLBt6

The gist: “Nearly two weeks into the invasion, the war in Ukraine has become a slow grinding conflict. Not the blitzkrieg advance the Russian military had planned and hoped for.”

UKRAINE’S GOAL, ACCORDING TO A SENIOR OFFICIAL — KEEP CONTROL OF ITS MAJOR CITIES FOR ANOTHER 7-10 DAYS: 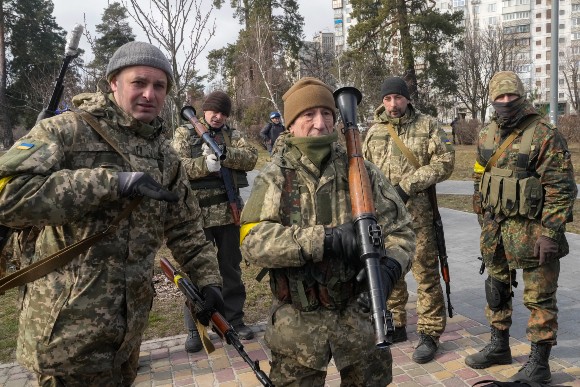 Via Reuters, here’s the reasoning: https://reut.rs/375CL3I

“Vadym Denysenko, adviser to Ukraine’s interior minister, said Russia was desperate for at least some kind of victory, citing the cities of Mariupol or the capital Kyiv as the most likely targets. ‘They need at least some victory before they are forced into the final negotiations,’ Denysenko wrote on Facebook. ‘Therefore our task is to stand for the next 7-10 days.’ ” https://reut.rs/375CL3I

Via The New York Times’s Clifford Krauss, “Oil prices were already rising fast as the world economy emerged from Covid-19 shutdowns and producers stretched to meet growing demand. International oil companies had cut back investment over the last two years … With the announcement of the American embargo on Tuesday, prices will probably climb higher, energy analysts say.” https://nyti.ms/3HVZDiU

What percentage of global energy supply comes from Russia?: Roughly 1 out of every 10 barrels of oil.

What countries could fill that gap in supply? It gets tricky: “Only Saudi Arabia, the United Arab Emirates and Kuwait have spare capacity, together a little more than 2.5 million barrels a day. Venezuela and Iran could contribute about 1.5 million barrels a day to the market, but that would require lifting American sanctions against those countries.”

Does the U.S. have extra oil?: “[T]he United States could increase output by more than a million barrels a day — but doing so would take a year to achieve, and require oil companies to harness more manpower and equipment.”

More on what this means: https://nyti.ms/3HVZDiU

HELPFUL READ — ‘WHAT DOES A US BAN ON RUSSIAN OIL ACCOMPLISH?’:

Via The Associated Press’s Cathy Bussewitz and Matthew Daly: https://abcn.ws/3vRdMvq

Via The Hill’s Jordain Carney, “Democrats are looking for ways to lower gas prices, which have skyrocketed in the wake of Russia’s invasion of Ukraine and could rise further as the U.S. and other countries move to ban Russian imports.” https://bit.ly/3IRFRq9

WHAT TO EXPECT WITH GAS PRICES: 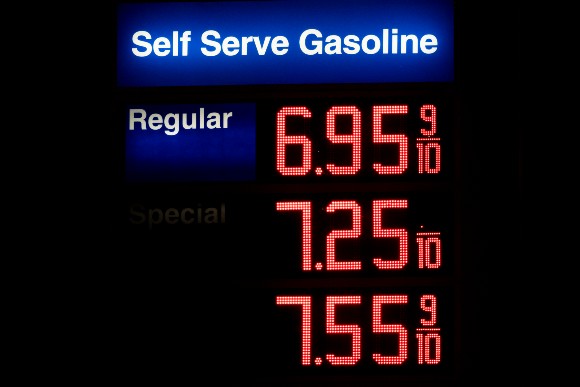 The Hill’s Niall Stanage tweeted a photo of gas prices at the closest gas station to him in Washington, D.C. Photo: https://bit.ly/3pR0AD1

Total number of vaccinations administered in the U.S.: 556 million shots have been given.

The longer version isn’t any better: “An invasive species of spider the size of a child’s hand is expected to ‘colonize’ the entire East Coast this spring by parachuting down from the sky, researchers at the University of Georgia announced last week.”

Come on. We just had the influx of cicadas last year! 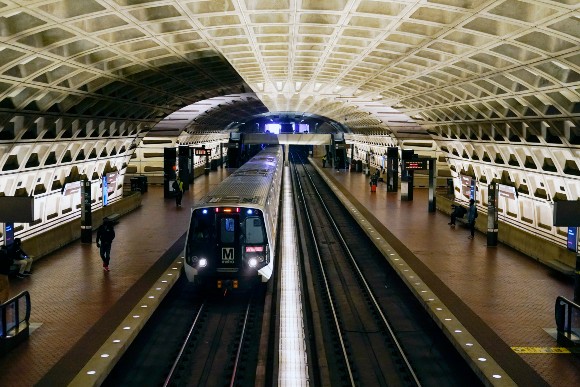 Soooo, what will happen?: WMATA says it will announce alternative travel options before the closure begins.

YOU CAN’T MAKE THIS UP:

WJLA-TV’s Tom Roussey pointed out: “And as if that’s not enough, Metro says getting the future Potomac Yard station ready will require shutting down all rail service south of Reagan National Airport from Sept 10 to Oct 22. So riders who experienced a summer shutdown in 2019 will have to do it all over again.” https://bit.ly/3CtAURR

What timing: “So basically, Potomac Yard Metro station is expected to open in the fall, and riders at the new station on day one will be on trains that can’t cross the Potomac unless they take the Blue Line route through Arlington Cemetery.” https://bit.ly/3HXtWWH

This photo gives me so much anxiety:

CNN’s Kristin Wilson tweeted a photo of quite the ladder setup. Photo: https://bit.ly/3MyEQ8L

LOL — my favorite reaction: Politico’s Sarah Ferris captioned the photo, “Me, painting my house when my husband isn’t watching” https://bit.ly/3pLN3N5

We are in a new era:

For The Win’s Alex McDaniel tweeted, “tried to give my son cash for the book fair and he looked at me like i was a martian and said ‘just put some money in my e-wallet account.’ ” https://bit.ly/3HT7Wfn

McDaniel then added: “you know how 8-year-olds are always like ‘paper money is such a hassle, just put it on the card’ ” https://bit.ly/3hQNcua

The House is in. The Senate is out. President Biden is in Washington, D.C. Vice President Harris is on her way to Poland.

6:15 p.m. EST: President Biden delivers remarks at the Democratic Senators Issues Conference at Howard University. This is closed to press.

And because you read this far, here’s a pup with a pretty odd sleeping spot: https://bit.ly/3CwX8CO