That was a heavy start to the day:

Ukrainian President Volodymyr Zelensky pleaded with U.S. leaders in an emotional address this morning to “close the sky over Ukraine,” invoking Pearl Harbor and the 9/11 terrorist attacks.

In Zelensky’s words: “Remember Pearl Harbor … Remember September 11 … when evil tried to turn your cities, independent territories in battlefields. When innocent people were attacked, attacked from air …  Russia has turned Ukrainian skies into a source of death for thousands of people.”

^ Lawmakers had a hard time watching the footage: “Lawmakers inside the room are wiping away tears while watching this video of Ukrainian cities and citizens getting obliterated. Heart-wrenching stuff.” (Via Politico’s Andrew Desiderio). https://bit.ly/3tdpBdJ

Or, if you don’t have time to watch the full speech, here’s a 90-second excerpt that is worth watching: https://bit.ly/34KV6SS

It’s Wednesday. Make sure to finish your March Madness brackets — tipoff is tomorrow at 12:15 p.m. EDT! I’m Cate Martel with a quick recap of the morning and what’s coming up. Send comments, story ideas and events for our radar to cmartel@thehill.com — and follow along on Twitter @CateMartel and Facebook.

A Capitol staffer gave out pins to lawmakers: Via CNN’s Daniella Diaz, the pins show the U.S. and Ukrainian flags intertwined. Photo: https://cnn.it/3Iiat35 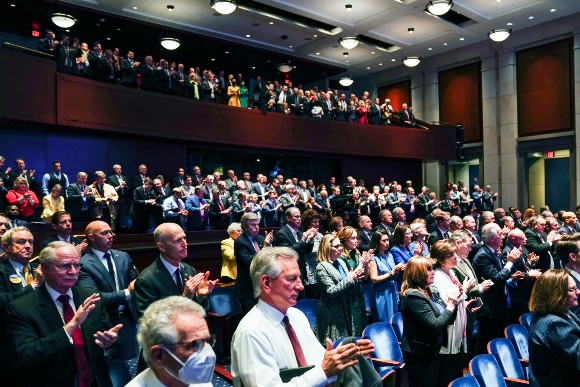 CNN apologized to viewers for showing the footage on-air without a warning: “CNN apologizing to viewers for not being able to warn them that the video compilation played by Zelensky to Congress would be so graphic. I think this was Zelensky’s point: Americans need to see what war looks like, without the comfort blanket.” (From AFP’s Sebastian Smith) https://bit.ly/3wbtemh

What Senate Minority Leader Mitch McConnell (R-Ky.) thought of the remarks: CNN’s Manu Raju tweeted, “As he left the Zelensky address, McConnell called it an ‘incredibly effective speech’ and said ‘the message to President Biden is that he needs to step up his game,’ per [CNN’s Ted Barrett].” https://bit.ly/3KOHlSF

Yep — and I think this applies to anyone watching: Commentary Magazine’s Noah Rothman reacted: “No one who has young children can watch this [that video] without breaking.” https://bit.ly/3KMJQol

This is where interest rates are going:

The Federal Reserve is expected to raise interest rates today in an effort to slow inflation.

Raising rates by how much?: A quarter of a point, according to CNBC. https://cnb.cx/3u5zBos

A refresher: “When the pandemic broke out, the Fed quickly took its fed funds target rate range to zero to 0.25% in early 2020. It also began a number of programs to add liquidity, including the quantitative easing program to buy Treasurys and mortgage bonds that it is just winding down this month.”  More from CNBC’s Patti Domm: https://cnb.cx/3u5zBos

‘HERE’S THE FEDERAL RESERVE’S RATIONALE, AND HOW IT MIGHT TRICKLE THROUGH THE ECONOMY TO AFFECT YOU.’:

You can stay a bit longer:

Via The Hill’s Rebecca Beitsch, “The Biden administration will offer temporary protected status (TPS) to Afghans, a move that will aide those who escaped the country in the U.S.-led evacuation but who otherwise could face deportation as soon as August.” https://bit.ly/3qbr4PM

Details “The designation allows Afghans in the U.S. by March 15 to remain for another 18 months.”

Via Politico’s Rachael Levy, “One woman said she was told her mask could be carrying Covid on its surface. A Chicago facility, Northwestern Medicine, said it asks visitors to replace or cover their masks with a surgical mask provided by the hospital for quality control. And inside many hospitals, doctors and nurses often don surgical masks when treating patients, all in line with CDC recommendations.”

Total number of vaccinations administered in the U.S.: 557 million shots have been given.

Imagine not having to change your clocks twice a year:

Wait, so this could actually happen?: It’s possible. The House would need to pass the bill and President Biden would then have to sign it.

WHAT WOULD A PERMANENT DAYLIGHT SAVING TIME LOOK LIKE?:

Here’s a short explainer video from The Hill: https://bit.ly/3IftP8X

Read the full story in the Los Angeles Times: https://lat.ms/3Ifo2jJ

But what about the adorable holiday cups?: 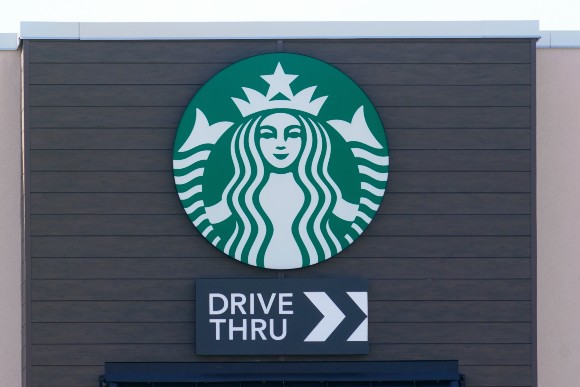 Via CNN Business’s Danielle Wiener-Bronner, Starbucks is phasing out single-use cups by 2025. Instead, customers can either bring a coffee cup or borrow one from Starbucks. What we know about the new plan: https://cnn.it/3thDTdu

And because you’ve read this far, here’s a hamster enjoying a bowl of spaghetti: https://bit.ly/3Jhmjvr