The curfew only affects the immediate area surrounding the downtown BOK Center, where Trump's rally will take place.

The curfew was ordered by Tulsa Mayor G.T. Bynum (R) and is in effect from 10 p.m. to 6 a.m. for Friday and Saturday.

In a tweet, the Tulsa Police Department said that it was "working on making the area secure for everyone’s safety," calling the president's rally an "unprecedented event for the City of Tulsa."

CURFEW IN EFFECT FOR DOWNTOWN

As part of our preparations for President Trump’s Rally this Saturday, we are working on making the area secure for everyone’s safety.

As posted earlier, the area illustrated in this map will need to be free of vehicles and pedestrian traffic. pic.twitter.com/uT76N0IWRc

The department also tweeted out a picture of the area where the curfew would be enforced. 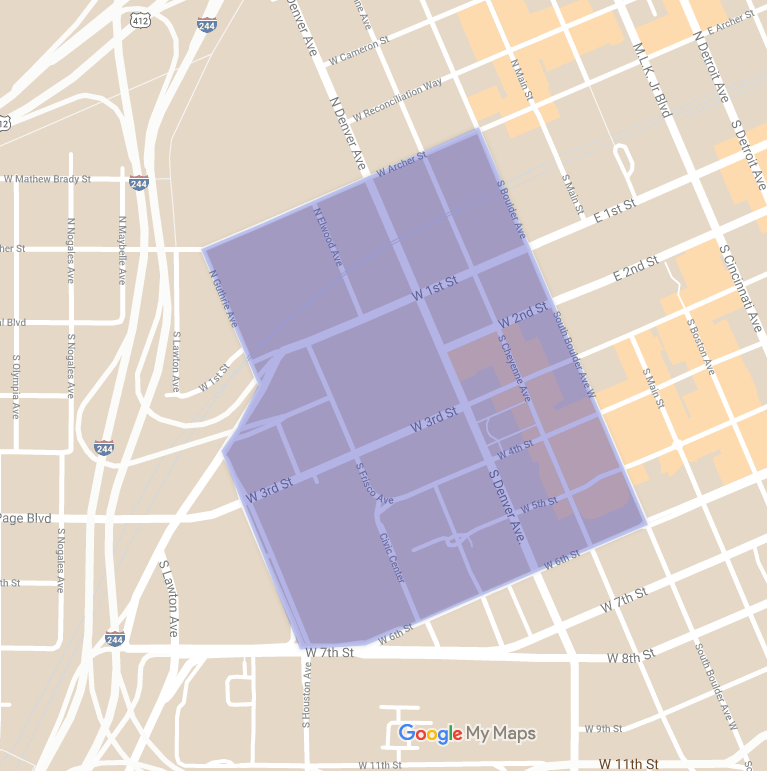 The rally was originally scheduled for Friday night, but the Trump campaign moved it to Saturday after receiving widespread backlash for holding the rally on Juneteenth, the anniversary of the unofficial end of slavery in the country.

Tulsa was the site of one of the deadliest race riots in U.S. history in 1921. During the riots, the city's thriving black community — the Greenwood District — was set ablaze and looted by white rioters, resulting in most of the city's black population being interned.

The president has also received criticism for deciding to hold the rally as the nation continues to see coronavirus cases spike in a number of areas.

To help curb the potential spread of COVID-19, the campaign has said that it will supply rallygoers with masks and hand sanitizers but won't force people to stand six feet apart, according to The Washington Post.

The campaign is also requiring all attendees to sign coronavirus waivers.

The BOK Center holds 19,000 people, but the Trump campaign reported that it received more than 1 million requests for tickets to the event.

More From The Web

Don't miss a brief. Sign up for our daily email.