Rep. Kyrsten Sinema is making the jump to the Senate after defeating GOP Rep. Martha McSally for the Arizona seat being vacated by GOP Sen. Jeff Flake’s retirement.

Sinema is the first woman elected to the Senate from Arizona. She is also the first Democrat to win a Senate election in the state since the mid-1990s.

She’s been a member of the House of Representatives since 2013, where she represented the state’s 9th District. Her election to the House made her the first openly bisexual member of Congress.

Before coming to Washington, she was a member of the Arizona Senate and Arizona House of Representatives.

She worked on Ralph Nader’s 2000 campaign and initially ran for a state House seat in 2002 as an independent candidate affiliated with the Green Party but lost.

Sinema has spoken openly about how she was homeless for part of her childhood. She grew up in a Mormon family, but says she left the church after graduating from Brigham Young University. 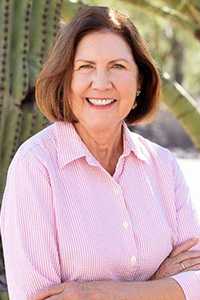 Ann Kirkpatrick is making a comeback in Congress with her victory in Arizona’s 2nd Congressional District.

Kirkpatrick, a native of rural Arizona, began her career as an attorney in the state. She was a law clerk for the Pima County Attorney’s Office in the 1970s and became deputy Pima County attorney years later, before transitioning to private practice.

Kirkpatrick showed her political chops in Arizona’s state House of Representatives in the early 2000s before heading to Washington to represent the state’s 1st District.

Kirkpatrick faced a fierce battle in the August Democratic primary, defeating six opponents in her bid to revive her congressional career. She ultimately prevailed against Republican Lea Marquez Peterson in November. 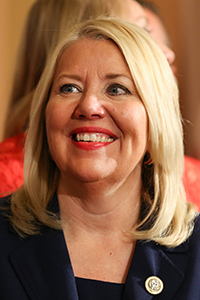 The April special election garnered national attention as one of many districts where Democrats outperformed in traditionally GOP strongholds. Lesko won by about 5 points in April in a district President Trump had carried by 21 points in 2016.

The seat became vacant when reports surfaced that Franks allegedly discussed paying a staffer to carry his child. Franks resigned from Congress in December. 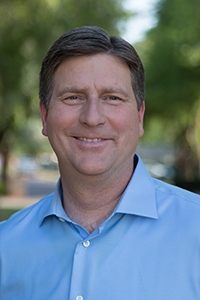 • After nearly six years as Phoenix mayor, Greg Stanton was searching for his next political move. He found it when Rep. Kyrsten Sinema, another Phoenix Democrat, launched her Senate bid.

Stanton won election in 2000 to the Phoenix City Council, where he served for nine years. He later was appointed as a deputy attorney general for Arizona, then won election as mayor of America’s sixth largest city in 2011.

Stanton was reelected in 2015. During his tenure, he pushed for the expansion of light rail, an anti-discrimination measure protecting LGBT residents and trade with Mexico. He’s been a vocal critic of President Trump’s immigration policies but opposed an effort to make Phoenix a “sanctuary city.”

Facing term limits, Stanton resigned as mayor in May 2018 to run for Arizona’s 9th District, which includes parts of Phoenix and surrounding suburbs.

Battle over Big Tech bills goes down to the wire