After a long career of military service, Michael Waltz will now be serving his country in Congress, replacing former Rep. Ron DeSantis (R), who ran for governor, in Florida’s 6th Congressional District.

Waltz was born and raised in Florida. He attended the Virginia Military Institute and then joined the U.S. Army, serving for 21 years. While in the military, he rose to the rank of lieutenant colonel and was a special forces officer in the Green Berets.

After leaving the Army, he worked in the Pentagon in the George W. Bush administration as policy director for former Defense Secretaries Donald Rumsfeld and Robert Gates. He also was a counterterrorism adviser to former Vice President Dick Cheney.

A business owner and an author, Waltz is also a former Fox News contributor. 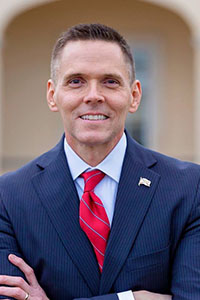 Ross Spano is keeping Florida’s 15th Congressional District red as he replaces incumbent Rep.Dennis Ross (R). Spano originally had plans to seek the Florida attorney general’s office but dropped out of that race for a seat in the House. In the general election, he defeated attorney Kristen Carlson.

Spano suffered a “mild” cardiac event during the race, but he quickly returned to the campaign trail.

It’s been a meteoric rise for Spano, who first won elected office in 2012 to the Florida House of Representatives. In the state House, one of his prominent issues was cracking down on human trafficking in Florida and improving victims’ rights.

A Florida native, Spano attended college at the University of South Florida before getting his law degree in Tallahassee at Florida State University. Before holding elected office, he practiced law for nearly two decades. 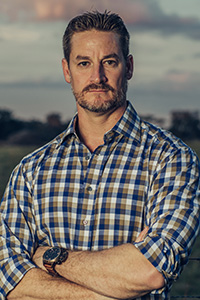 Greg Steube will be heading to Washington for the first time after winning Florida’s 17th Congressional District in the south-central part of the state.

Steube will be replacing retiring Rep. Tom Rooney (R), who had served in the House since 2009.

A veteran, Steube enlisted in the United States Army after the 9/11 terror attacks. He did stints as both an airborne infantry officer and in the Army JAG Corps. He was a captain in the 25th Infantry Division during Operation Iraqi Freedom.

After his service, he went on to elected office in both the Florida state House and Senate.

A fifth-generation Floridian, Steube grew up working on a farm in Florida, before earning his undergraduate and law degrees at the University of Florida. 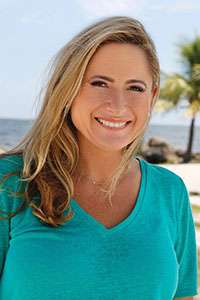 In one of the biggest upsets of the year, Debbie Mucarsel-Powell ousted Rep. Carlos Curbelo (R-Fla.). Curbelo, a centrist, represented the South Florida 26th District for two terms. Despite being a vocal critic of President Trump, he found himself facing an uphill fight in a district that backed Democratic presidential nominee Hillary Clinton in 2016. The district stretches from suburban Miami to Key West and is the third most Hispanic in the country.

Mucarsel-Powell was born in Ecuador and immigrated to the U.S. with her three sisters and mother.

Mucarsel-Powell worked for a number of nonprofits in her community, including the Coral Restoration Foundation, Zoo Miami Foundation and the Hope Center. She also worked to establish and grow the Green Family Foundation NeighborhoodHELP program at Florida International University, which works to improve health services in underserved communities. She was also an associate dean at Florida International University’s College of Medicine. 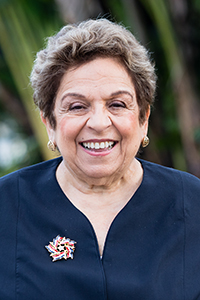 Donna Shalala is no stranger to public service, perhaps best known for serving as former President Clinton’s secretary of Health and Human Services between 1993 and 2001. Prior to that, she served in the Carter administration, working at the Department of Housing and Urban Development, where she focused on women’s issues and anti-discrimination efforts.

Now Shalala is returning to Washington to represent Florida’s 27th District. The retirement of Rep. Ileana Ros-Lehtinen (R), who held the South Florida seat for 29 years, made it a top Democratic target. The 77-year-old Shalala defeated Republican Maria Elvira Salazar.

Outside of government, Shalala has been a longtime educator, serving as president of Hunter College and then as chancellor of the University of Wisconsin, Madison.

When she left the Clinton administration she became president of the University of Miami, where she stayed until 2015.

She is the recipient of a Presidential Medal of Freedom, awarded to her by former President George W. Bush in 2008.

Arizona will certify election results Monday. What happens next?