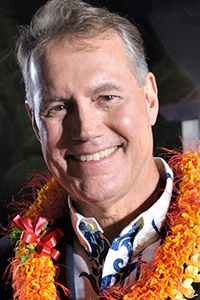 Ed Case is back in Congress. Case represented Hawaii for two terms until 2007, replacing the late Rep. Patsy Mink (D) in the state’s 2nd Congressional District.

Now he’ll be representing the 1st District, taking the seat held by Rep. Colleen Hanabusa (D). Hanabusa decided to run for governor but lost in the primary to incumbent Gov. David Ige (D).

Case first worked for former Hawaii Sen. Spark Matsunaga (D) as a legislative assistant. He later got a legal degree from the University of California Hastings College of Law before entering the ring himself and winning his first elected office in 1994. He served eight years in the state House before an unsuccessful bid for governor in 2002.

Case won a hard-fought primary against a number of high-profile Democrats before cruising to victory in the general election.

Born in Hawaii, Case’s family has a long connection to the Aloha State. His great-grandparents moved to the state in 1896.