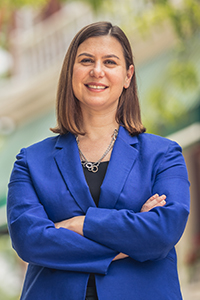 Slotkin grew up on a farm in Holly, Mich., and is from a family with deep ties to the state. Her great-grandfather created the Ballpark Franks first sold at Tiger Stadium in Detroit.

While in graduate school at Columbia University, Slotkin was witness to the 9/11 attacks. After finishing school, she joined the CIA as a Middle East analyst and ended up completing three tours in Iraq.

She would go on to serve in a number of defense and intelligence roles for former Presidents George W. Bush and Obama, including stints at the White House, Office of the Director of National Intelligence, State Department and Pentagon. She left the Pentagon in 2017 and started a consulting business.

Slotkin met her husband,  a retired colonel who served 30 years in the military, while serving in Baghdad. 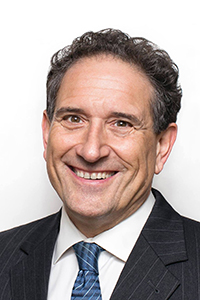 He deflected a fierce progressive challenge in the primary from former state Rep. Ellen Lipton before defeating Republican Candius Stearns in the general.

Levin has worked in the labor movement, including 11 years as the national AFL-CIO’s assistant director of organizing.

He also has government experience,  as a director of the Michigan Department of Energy, Labor & Economic Growth and Michigan’s first chief workforce officer for four years. He created a massive effort to retrain Michigan workers to better compete in the workforce.

Levin then left state government and founded Levin Energy Partners, which he still runs. The firm works to build public-private partnerships, such as Lean & Green Michigan, and market-based approaches for governments and companies that deal in renewable energy. 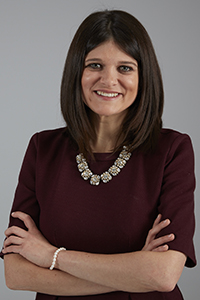 Stevens, a former Obama administration official, beat Republican Lena Epstein. The district, in suburban Detroit, has routinely leaned Republican in the past, with President Trump beating Hillary Clinton there in 2016 by 4 points.

Stevens made a name for herself as chief of staff to former President Obama’s auto task force, where she helped facilitate the financial bailout of General Motors and Chrysler in 2009. Later, she took a position at the U.S. Commerce Department.

Until early 2017, Stevens worked for Digital Manufacturing and Design Innovation Institute in Chicago before moving back to Michigan to run for office.

She made her work on the auto bailout a centerpiece of her campaign, and said she had “inarguably one of the most profound backgrounds in manufacturing of anyone running for Congress in the country.” 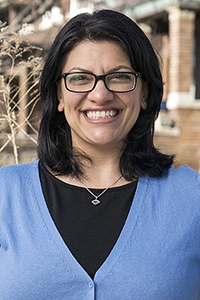 Rashida Tlaib is making history as the first Palestinian-American woman elected to Congress.

Tlaib ran unopposed in the race to replace former Rep. John Conyers Jr. (D-Mich.). Conyers, who was the longest-serving House member, resigned in December amid sexual harassment allegations, which he has denied.

Tlaib, a member of the Democratic Socialists of America, previously made history in Michigan when she became the first Muslim woman elected to the state legislature in 2009. She served until 2014.

Since leaving the state legislature, Tlaib has worked as an attorney to help immigrants and low-income workers.

She’s also a fierce critic of President Trump, calling for his impeachment. Tlaib was one of a dozen protesters escorted out of the Detroit Economic Club in August 2016 after she interrupted then-candidateTrump’s speech and told him to read the Constitution.

Michigan’s 13th District covers parts of Detroit and its suburbs.

Sanders will give 2024 ‘a hard look’ if Biden doesn’t run: adviser