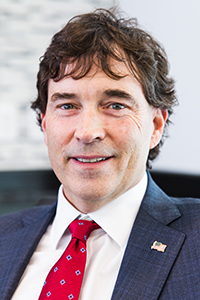 Rep. Troy Balderson (R-Ohio) is returning to Congress after winning his rematch against Democratic opponent Danny O’Connor. Balderson first defeated O’Connor by fewer than 2,000 votes in August in a race that attracted national attention. President Trump had won the district by 11 points in 2016 and Republicans had held the seat for more than three decades, but Balderson found himself in a hotly contested special election fight to replace former Rep. Pat Tiberi, who resigned in January to head the Ohio Business Roundtable.

Balderson has long been involved in local politics prior to his House election. He served one term in the Ohio House of Representatives before being elected to the state Senate in 2011.

Before running for public office, the southeast Ohio native owned a farm in Adamsville, Ohio, and worked for his family’s car dealership. 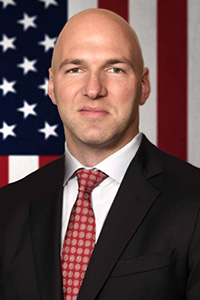 Anthony Gonzalez was a star on the gridiron, rising to fame as a wide receiver for the Ohio State Buckeyes before going on to play for five years on the NFL’s Indianapolis Colts. Now he’s heading to Washington after winning the open-seat race for Ohio’s 16th Congressional District. Gonzalez defeated Democrat Susan Moran Palmer to replace Rep. Jim Renacci (R), who held the seat since 2011. Renacci ran instead for Senate.

In his campaign, Gonzalez focused on ways to improve the economy in the manufacturing-heavy northeast Ohio district. He defeated two other candidates in the GOP primary before going on to victory in the general.

The son of Cuban exiles, Gonzalez retired from the NFL in 2012 and got a business degree from Stanford University. He went on to work as an executive at education technology company Chalk Schools.

by Rafael Bernal 1 day ago
Latino  /  1 day ago
Campaign