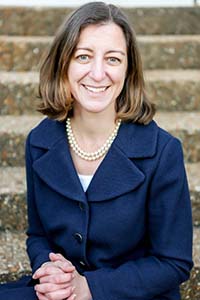 The congressional newcomer turned Virginia’s 2nd District blue, defeating incumbent GOP Rep. Scott Taylor. The general election would have been a three-way race, but a court ordered independent candidate Shaun Brown removed from the ballot after ineligible signatures were found on her petitions.

Luria touted her military background in the race against Taylor, a former Navy SEAL. The district is home to the largest naval base in the world, Naval Station Norfolk.

Luria headed to the Naval Academy at Annapolis, Md., after high school. Her 20 years of service saw her deployed six times, including to the Middle East, Mediterranean and Western Pacific.

While serving, she earned a master’s degree in engineering management from Old Dominion University. 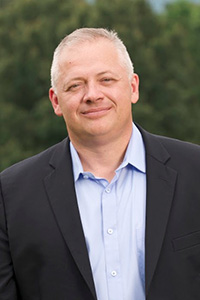 In the general election, he defeated Democrat Leslie Cockburn, a journalist, and, like Riggleman, a first-time candidate. Democrats had hopes of picking up the red district, which President Trump won in 2016.

Riggleman is the co-founder of Silverback Distillery in Afton, Va., where his wife, Christine, serves as the CEO and master distiller and all three of their daughters hold positions. The family-run business opened in 2014.

Before going into business, Riggleman served as an Air Force intelligence officer and co-founded the intelligence consulting firm Analyst Warehouse, which works with the National Security Agency and other government agencies.

Riggleman was born and raised in Virginia. 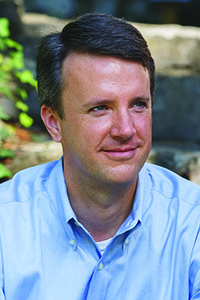 Ben Cline coasted to victory in his bid to succeed retiring Rep. Bob Goodlatte (R) and inherit his former boss’s congressional seat. Goodlatte, the House Judiciary Committee chairman, had represented the mammoth, right-leaning district covering much of the Shenandoah Valley since 1993. He announced his retirement last year.

Cline, a member of the Virginia House of Delegates since 2002 and Goodlatte’s former chief of staff, emerged as the clear Republican heir to the district. He fended off a hard-right challenger for the GOP nomination and beat his Democratic opponent Jennifer Lewis by a comfortable margin.

Cline touted his support for President Trump and his conservative credentials throughout the campaign. He led the Conservative Caucus in the Virginia House and described himself as “at the center of the resistance against the push for bigger and unaccountable government.”

Raised in Lexington, Va., Cline has spent most of his life and career in the district he was elected to represent. 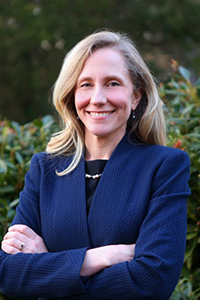 The tight race seesawed for months and was deemed “a toss-up.” Spanberger pulled support from the Richmond suburbs, an area Democratic presidential nominee Hillary Clinton won in 2016, to overcome Brat’s edge in the district’s rural areas, which backed Trump two years ago.

Through her victory, Democrats flipped a historically red district that Trump won in 2016 and take down a conservative star.

Spanberger, a political newcomer who served in the CIA, touted her national security background on the trail.

She first worked in public service as a law enforcement officer with the U.S. Postal Inspection Service. She later joined the CIA as an operations officer, a job which took her overseas. 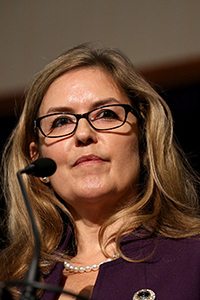 Jennifer Wexton defeated two-term Rep. Barbara Comstock (R-Va.) in Virginia’s 10th Congressional District in one of the most competitive races of the 2018 midterm elections.

Comstock was first elected in 2014, but with the Northern Virginia district going big for Democratic presidential nominee Hillary Clinton in 2016, she faced an uphill fight against Wexton. Comstock was considered one of the most vulnerable Republicans up for reelection in 2018.

Wexton, who won a crowded, six-candidate Democratic primary, has served in the state legislature since 2014. Her state Senate district represents Loudoun County, which is where a significant portion of 10th District voters reside.

Prior to her election, Wexton worked as an attorney for Laurel Brigade Law Group and as an assistant commonwealth’s attorney from 2001 to 2005.

Newsom says he won’t run for president in 2024, even if Biden doesn’t seek reelection