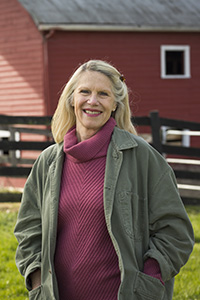 Carol Miller coasted to victory in West Virginia’s 3rd Congressional District and will now be filling the open seat vacated by former Rep. Evan Jenkins (R). Jenkins left Congress for a seat on the West Virginia Supreme Court of Appeals.

For Miller, serving in Congress is a family affair. She is the daughter of the late Rep. Samuel Devine (R-Ohio), who served for more than two decades in the House.

Miller has served in the West Virginia House of Delegates since 2007 and is currently the majority whip.

Outside of politics she is also a bison farmer and the owner of Swann Ridge Bison Farm.

by Caroline Vakil, Max Greenwood and Julia Manchester 1 day ago
Campaign  /  1 day ago
See All