WHAT YOU NEED TO KNOW TODAY

> Fauci: With vaccine, ‘we could start talking about real normality again’ in 2021

> Wave of evictions could be coming for nation’s renters 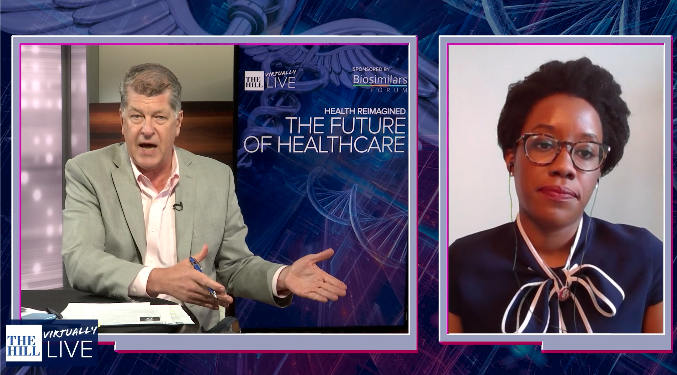 The president has canceled GOP festivities around the Republican convention that was slated for Jacksonville, Fla. And now, with some of the formalities of party platforms and delegate vote-counting remaining anchored in Charlotte, N.C., we see that COVID-19 has indeed, finally, made a dent in the consciousness of those assembling the leadership of the Republican Party for this every-four-year political ritual.

But what about schools? If conventions shouldn’t fly into the COVID-19 storm in August, should children, teachers, administrators, janitors and attendants at our nation’s K-12 public and private school institutions fly into that storm? Particularly without financial support to bolster the safety of those environments and to deal with class size?

There is no vaccine. Until there are therapies and vaccines available that neutralize the deadliest impacts of the coronavirus on those most vulnerable, then doing things by standard operating procedure — and just opening institutions with dense human attendance and ignoring public health guidance — is something you imagine in a bad movie with badly misguided leadership. That’s not supposed to happen in this country.

Your Coronavirus Report team includes Steve Clemons, editor-at-large of The Hill, and researcher Andrew Wargofchik. Follow us on Twitter at @SCClemons and @a_wargofchik.

Small businesses are fundamental to the idea of America. What steps should be taken to ensure that businesses that really need the help are receiving aid, particularly minority-owned businesses that are often overlooked?  On Thursday, July 30, The Hill Virtually Live hosts a discussion on public and private efforts to support America’s entrepreneurs featuring Sen. Jeanne Shaheen (D-N.H.)  and Rep. Steve Chabot (R-Ohio).

REGISTER HERE! Have a question for our speakers? Tweet us @TheHillEvents using #TheHillSmallBiz for a chance to have your questions featured in the program.

CORONAVIRUS NUMBERS AT A GLANCE

Elsewhere throughout the world:

> Brazilian President Jair Bolsonaro has tested positive for the coronavirus at least three times this month, but was photographed Thursday talking to staff outside the Alvorada Palace in Brasilia while not wearing a face covering.

> President Cyril Ramaphosa of South Africa announced Thursday that the country’s public schools would shut down for the next four weeks.

> France reported a sharp uptick in new virus cases on Thursday, with more than 1,000 new infections recorded in 24 hours.

> Almost three months since New York was at the peak of its outbreak, when it saw more than 500 single-day deaths, the United States is seeing the situation repeat itself as cases surge in Florida, Texas and California.

> Four states — Hawaii, Indiana, Missouri and New Mexico — also hit their single-day peak for new cases, while Florida and Tennessee had more virus-related deaths than on any other day.

> Alabama set a daily record for cases on Thursday with 2,390.

> Major League Baseball began its pandemic-shortened season Thursday night, devoid of fans, governed by a detailed list of safety protocols and without one of its top stars, Juan Soto, who tested positive for the coronavirus.

CDC releases updated guidelines in favor of reopening schools. The Centers for Disease Control and Prevention (CDC) late Thursday released new guidelines with a heavy focus on reopening schools in the fall, saying children are less likely to experience severe symptoms or spread the virus in schools. Under the new guidelines, the CDC recommends that schools follow a certain level of precautions based on the amount of community transmission in their area. The CDC advises that unless there is substantial, uncontrolled community transmission in an area, schools should reopen to some extent. (The Hill)

@SenSchumer This weekend, millions of Americans will lose their Unemployment Insurance, will be at risk of being evicted from their homes, and could be laid off by state and local government. There is only one reason: Republicans have been dithering for months while America’s crisis deepens.

@SenatorLankford Rural hospitals are vital to communities across OK & the nation. We’ve seen too many hospital closures in the past decade. Financially-vulnerable hospitals provide life-saving services for their communities & giving them flexibility is one step we can take in supporting them.

@DWSTweets How can the @GOP say it’s not safe for adults to gather at a FLA political convention while ALSO saying it’s safe for our children and teachers to return to school? The cognitive dissonance is baffling.

Coronavirus surges show worst is yet to come. After wrestling the virus down to as few as 17,000 new cases a day in the first days of June, the daily case count has surged to heights even greater than those reached in the worst days of March, April and May. The United States has averaged 66,000 cases a day in the last week, its highest seven-day average and twice as high as the average in late June. Across the nation, more than 59,000 people are in hospitals being treated for COVID-19, the disease caused by the coronavirus. More than 1,000 Americans have died on each of the last two days, a threshold not reached since late May. (The Hill)

Birx warns of disturbing rise of coronavirus cases in a dozen cities. White House coronavirus task force coordinator Deborah Birx said in a private meeting with local and state health officials that the task force is tracking increases in the virus in 12 U.S. cities. “There are cities that are lagging behind and we have new increases in Miami, New Orleans, Las Vegas, San Jose, [Calif.]; St. Louis, Indianapolis, Minneapolis, Cleveland, Nashville, [Tenn]; Pittsburgh, Columbus, [Ohio]; and Baltimore, so we’re tracking this very closely,” Birx said in the audio, first obtained by the nonprofit Center for Public Integrity. (The Hill)

South Korea to allow fans back into baseball, football games. The South Korean government announced on Friday it will begin allowing a limited number of fans back into baseball and football stadiums as soon as Sunday, under new rules aimed at preventing the spread of the coronavirus. Fans will be allowed to attend Korea Baseball Organization games starting on Sunday, and Korea Professional Football League matches starting Aug. 1, Prime Minister Chung Sye-kyun said at a government meeting. (Reuters)

U.S. military personnel in Japan will be double-tested after Tokyo complains they are spreading virus. U.S. Forces Japan announced Friday that all U.S. military personnel would need to be tested not only upon or before arrival but also at the end of a mandatory 14-day quarantine in the country, amid concerns that Americans are spreading the virus there. (Washington Post)

What has helped New Zealand successfully fight the virus? Trust. One of New Zealand’s secrets to its successful virus response may be a simple one: trust. In a national survey of more than 1,000 people, researchers found that nearly all New Zealanders have adopted hygiene practices known to deter the virus, and their belief in the authorities was at nearly 100 percent. (New York Times)

Fauci: With vaccine, “we could start talking about real normality again” in 2021. The completion of a coronavirus vaccine could allow the U.S. to return to “real normality” in 2021, Anthony Fauci, the nation’s top infectious diseases expert, said Thursday. “The timetable … of getting into 2021, well into the year, then I can think with a successful vaccine — if we could vaccinate the overwhelming majority of the population — we could start talking about real normality again,” Fauci said Thursday on CNN contributor David Axelrod’s podcast “The Axe Files.” “But it is going to be a gradual process.” (The Hill)

Wave of evictions could be coming for nation’s renters. The federal moratorium on evictions signed into law in March as part of the CARES Act is set to expire Friday night at midnight, setting up the potential for a wave of evictions in the middle of a pandemic that President Trump acknowledged this week will get worse before it gets better. It’s possible that the moratorium will be extended as part of a new relief bill, but Congress is mired in negotiations and is not expected to finalize legislation until early August. (The Hill)

If you won’t wear a mask, some airlines say you can’t fly. U.S. airlines this week unveiled stricter rules for face coverings, with at least two, American and Southwest, saying they will no longer carry passengers who refuse to wear masks. (Washington Post)

WTO says trade impact expected to be “substantial.” Global trade has been hit by new and accumulated import restrictions just as economies need to rebuild in the COVID-19 crisis, the World Trade Organization (WTO) said in a mid-year report issued on Friday. (Reuters)

New poll shows half of Americans think jobs are lost forever. Nearly half of Americans whose families experienced layoffs during the coronavirus pandemic now believe those jobs will not come back, a poll from The Associated Press-NORC Center for Public Affairs Research found. Forty-seven percent think that lost job is definitely or probably not coming back, down from 78 percent in April. This comes out to approximately 10 million workers who will need a new employer. (CNBC)

Incentivize innovations that make telemedicine indispensable amid COVID. With the COVID-19 pandemic continuing to attack America and patients avoiding potentially infected emergency rooms and physicians’ offices, the demand for telemedicine services has surged. Federal programs, private insurers and medical professionals are embracing this innovation, and, at long last, public policies are clearing longstanding obstacles to its growth. ( Leslie V. Norwalk and Richard Wade for The Hill)

A federal COVID-19 vaccine mandate: Dubious legality, faulty policy. Though scientists are working tirelessly to create a COVID-19 vaccine, there is growing concern that many people may refuse to get it once one becomes available. According to recent polls, only half of Americans said they would get a vaccine, and another quarter were on the fence. Some of the communities most at risk from COVID-19 are also the most resistant: Black people account for nearly one-quarter of U.S. COVID-19 deaths, yet 40 percent surveyed said they would refuse a vaccine. Twenty-three percent of Hispanics surveyed said they don’t plan to get vaccinated. (Y. Tony Yang and Dorit Rubinstein Reiss for The Hill)

6 simple ways to spend summer outside with your kids. Contrary to popular belief, getting outside with your kids is easier than it may seem. I’ve never been the most planned-out mother with organized toys and snacks in tow, ready to hit the beach with my kids. In fact, I’ve been quite the opposite — always leaving something behind — and yet, it all still works. Leave your anxiety and anxiousness behind and get ready to make some lasting memories with your kids. (Good Morning America)

YOUR WORLD, YOUR STORIES

SEND US YOUR OWN PICS – from your own walks or adventures – during this time of physical distancing but social connection. And SEND US YOUR STORIES of how teleworking is going, what you have learned from homeschooling, new ways to exercise, and special moments or standout heroism you want to share. What’s working for you? What’s comic in these dark days?

Send to YourStories@TheHill.com. Our thoughts are with you, our readers, and we hope and trust that no matter the weight of burdens on you now — and it’s not a good story for everyone we know — that we all stand together, resilient and confident, on the other side of this. There will be another side.