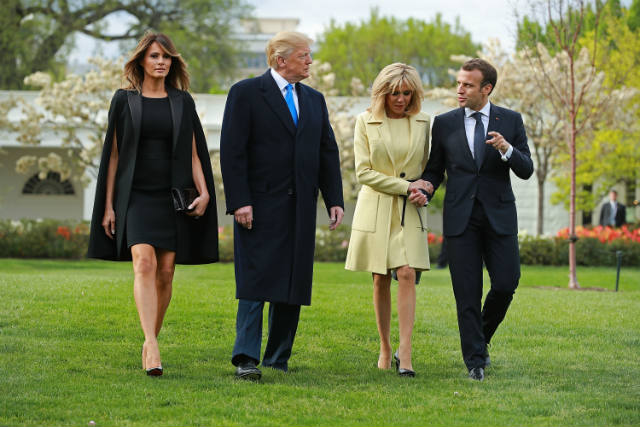 Welcome to The Hill’s Morning Report, and happy Tuesday! This daily email, a successor to The Hill’s Tipsheet, is reported by Jonathan Easley and Alexis Simendinger to get you up to speed on the most important developments in politics and policy, plus trends to watch.  (CLICK HERE to subscribe!)

The network of groups affiliated with billionaire conservative donors Charles and David Koch are taking a new look at which Republican candidates to support this year.

The groups still plan to spend up to $400 million on politics and policies this election cycle, but they’re deeply frustrated by what they view as the GOP’s refusal to take up major legislation ahead of the midterm election.

Americans for Prosperity president Tim Phillips, a senior Koch network political strategist, tells us they’ve made their misgivings known to the White House and GOP leaders in Congress, including Speaker Paul Ryan (R-Wis.).

“We’ve been disappointed so far this year and it’s going to cause us to closely evaluate the involvement we may or may not have in individual races,” Phillips says.

The Koch network isn’t only exasperated with Republicans for passing the $1.3 trillion spending package or frustrated by President Trump’s threatened tariffs.

They also want to see Congress act on:

“The best opportunity they have to hold the House for their majority is to accomplish big things on policies that will improve the lives of Americans,” Phillips adds.

Some of the network’s donors privately tell us that the House majority looks like a lost cause, potentially accelerating the movement of money toward protecting the Senate majority.

Republicans up for reelection in this difficult midterm election cycle know how beneficial support from the Koch Network can be, both for media ad buys and in activating their network of door-knockers and phone-bankers.

The network spent millions to help elect former Sen. Kelly Ayotte (R-N.H.) in 2010. They pulled their support from her in 2016, and she lost by about 1,000 votes. Also that year, the network actively campaigned against former Rep. Renee Ellmers (R-N.C.), who lost in a primary to Rep. George Holding (R-N.C).

There are no plans at this point for the Koch Network to target Republicans in primaries or support Democrats in general elections. But GOP incumbents are on notice to get things done if they want Koch support.

TRUMP AND PRESIDENT EMMANUEL MACRON, following tree planting and grace notes about centuries of admiration between America and France, get down to global business today (with some pomp tonight).

But chasms exist between Trump and Macron, The Hill’s Jordan Fabian reports. The French president wants to nudge Trump on:

The Hill: White House won’t rule out a presidential pardon for Michael Cohen.
The Hill: GOP House committee chairmen strike a deal with Justice Department re: documents for investigation into FBI in 2016.
The Hill: “We have no intention of firing the special counsel,” the White House said Monday.

The Hill: Pompeo is expected be confirmed by the full Senate later this week with help from red-state Democrats, and he could be sworn in by Vice President Pence almost immediately.

The president’s reaction when asked about Paul’s flip: “I said he’d never let us down. He’s a good man.”

Scott Pruitt, administrator of the Environmental Protection Agency, hits choppier waters. Is his support waning at the White House?

Must-watch TV Pruitt to testify Thursday about his agency’s budget (and juggle lots of other questions) before the House Subcommittee on the Environment.

The president’s pick to lead the Department of Veterans Affairs, Rear Adm. Dr. Ronny Jackson, in trouble, too.

The Senate abruptly postponed Jackson’s confirmation hearing last night — it had been scheduled for Thursday — as lawmakers said they need to better understand unconfirmed complaints of workplace misconduct against Jackson (Washington Post).

Grousing is now intense about the lack of process to replace fired VA Secretary David Shulkin: Trump conducted no interviews, there was no vetting and no customary consultations with Capitol Hill before announcing Jackson, who has scant federal management experience.

Meanwhile, Gina Haspel, nominated to be CIA director, continues to contend with forceful critics as well as bipartisan supporters in advance of a May 9 confirmation hearing (The Hill).

Voters head to the polls in Arizona today for the special election to replace Rep. Trent Franks (R-Ariz.) (The Hill).

It’s the latest test for Republicans ahead of a midterm election that has prognosticators forecasting big gains for Democrats in the House. Trump won Arizona’s 8th District by more than 20 points in 2016 but Tuesday’s election between Republican Debbie Lasko and Democrat Hiral Tipirneni figures to be much closer.

The most recent Emerson College survey found Lasko with a 6 point lead. The same poll from two weeks ago had Tipirneni up by 1. Republicans expect to win, but the margins here will be important in determining their level of panic going forward.

Also in politics, the Supreme Court on Tuesday will hear oral arguments in a case about redrawing congressional districts in Texas. The plaintiffs say Hispanics are underrepresented in the current maps (The Hill).

The Hill: Colorado Supreme Court rules GOP lawmaker should be kept off ballot.

House Minority Leader Nancy Pelosi (D-Calif.) has steered Democrats since 2003 and gives no indication she intends to step aside. But if Pelosi aspires to be the next Speaker of the House, she might need to see an overwhelming rout among Democrats in November. Democrats need to pick up at least 23 seats to tip the partisan balance.

The Hill: Pelosi’s future a question of math.

Pelosi could be challenged from within her ranks, and a growing number of Democrats running for election have promised not to support her — a byproduct of GOP efforts to tie Democratic candidates to their liberal House leader. That means Pelosi might need Democrats to pick up 30 or more seats to give her the cushion she needs to make her case to regain the gavel she wielded at the outset of former President Obama’s first term.

“She has to probably get to 34 seats to guarantee she can still be Speaker,” a Democratic lawmaker, who wants Pelosi replaced, told The Hill’s Mike Lillis. “It’d be great — we’d love to have that. But it’s a big number.”

Meanwhile, on the Republican side, K Street is bracing for the uncertainty that comes with aligning with a lame-duck Speaker, which is what Ryan has become in the view of many Republicans after he announced his retirement.

Congress was not expected to do much this year ahead of the midterm elections even before Ryan announced his exit. Now lobbyists are complaining that Ryan’s departure will make passing legislation that much more difficult.

Senate convenes at 10 a.m. Agriculture Secretary Sonny Perdue discusses the state of rural America with the Committee on Agriculture, Nutrition and Forestry.

President Trump and first lady Melania Trump officially welcome French President Emmanuel Macron and Brigitte Macron to the White House. The presidents have back-to-back bilateral meetings on the schedule before a joint press conference at 11:45 a.m. Trump and Defense Secretary James Mattis will meet over lunch. Later, Trump and the first lady host the administration’s first state dinner, honoring France and its president.

> People voted for Trump because they were anxious, not poor, according to a deep-dive of 2012 and 2016 elections, by Olga Khazan (The Atlantic)

> Theories abound about how Democrats could win the White House in 2020, by Amy Walter (Cook Political Report) 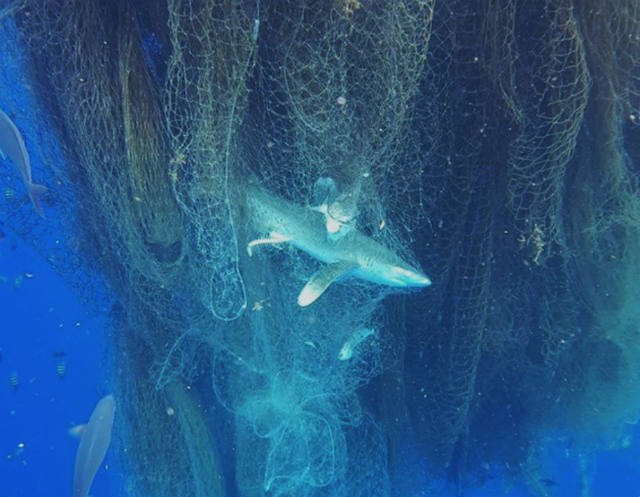