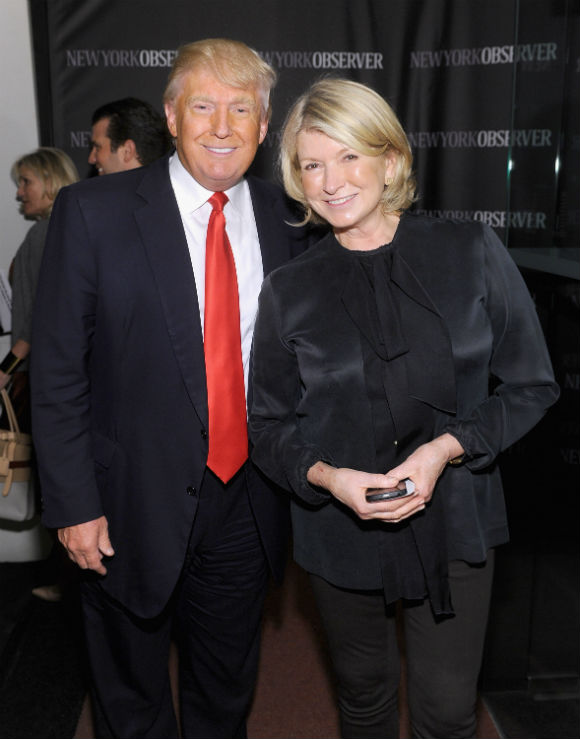 Welcome to The Hill’s Morning Report, TGIF and it’s June already! This daily email, a successor to The Hill’s Tipsheet, is reported by Jonathan Easley and Alexis Simendinger to get you up to speed on the most important developments in politics and policy, plus trends to watch. (CLICK HERE to subscribe!)

Washington, D.C., will host its first Stanley Cup finals game in 20 years on Saturday night. The Washington Capitals return home with the series tied 1-1 against the Las Vegas Golden Knights. The teams will square off at 8 p.m. tomorrow night at Capital One Arena. It’s going to be crazy downtown …

The surprise pardon for D’Souza came one day after the president met with reality television star Kim Kardashian, who visited the White House to discuss prison reform and to advocate for pardoning Alice Marie Johnson, a 65-year-old woman who has served 20 years of a life sentence for a nonviolent drug offense.

The Memo: Trump flexes power of the pardon.

What do they have in common?

The takeaway: Several of Trump’s allies – Michael Flynn, Michael Cohen and Paul Manafort, among them — are facing serious federal charges or ongoing investigations. Democrats are already accusing Trump of sending signals that if those men remain loyal to him, presidential mercy could be their reward.

Those interested in presidential pardons can read up here. Trump has not used the Justice Department’s formal pardon-review process, sparking criticism that he’s exercising his constitutional powers to serve personal political motives.

TARIFFS: The U.S. decision Thursday to impose tariffs on steel and aluminum from Canada, Mexico and the European Union sparked swift rebukes from trading partners, lawmakers, businesses and economists who predicted “trade wars” and rising consumer costs for thousands of products, according to The Hill’s Vicki Needham and Niv Elis.

The president, however, has been telling his advisers and everyone else for months that “reciprocal” trade is fair trade, believing that U.S. tariffs could force concessions and rebalance the equation where gaps with the United States exist.

Following a crescendo of global criticism, the president late Thursday dispatched this statement, aimed at Canada:

“The United States has been taken advantage of for many decades on trade. Those days are over. Earlier today, this message was conveyed to Prime Minister Justin Trudeau of Canada: The United State will agree to a fair deal, or there will be no deal at all.”

The arguments in a nutshell:

“Tariffs on steel and aluminum imports are a tax hike on Americans and will have damaging consequences for consumers, manufacturers and workers.” — Senate Finance Committee Chairman Orrin Hatch (R-Utah), in a statement.

Speaker Paul Ryan (R-Wis.) joined Hatch and other leading Republicans in assailing the administration’s decision as wrong for jobs and for consumers. “Instead of addressing the real problems in the international trade of these products, [the] action targets American allies [instead of] the unfair trading practices of countries like China,” he said in a statement.

U.S. trading partners pledged immediate retaliation and complained about mistreatment by the Trump administration after months spent in negotiations to try to avert a clash.

The Hill: The European Union’s reaction? Equivalent retaliatory tariffs on goods to the United States.

It’s a bad day for world trade. US leaves us no choice but to proceed with a WTO dispute settlement case and the imposition of additional duties on a number of US imports. We will defend the EU’s interests, in full compliance with international trade law. https://t.co/J3wPW5Ew7K pic.twitter.com/aDlOWcSgRv

The Globe and Mail: Canada is the largest supplier of steel and aluminum to the United States; its retaliation plan will slap tariffs on $16.6 billion worth of the two metals, as well as other products going to the U.S. market. The confrontation heightens tensions ahead of this month’s summit of the Group of Seven industrialized nations, to take place in Charlevoix, Quebec, Canada, in a week.

American tariffs on Canadian aluminum & steel are unacceptable. As we have said, we will always stand up for our workers, and today we’re announcing retaliatory measures to this attack on our industry.

Bloomberg: Any optimism investors might have had about the economic outlook was quickly dashed when the Trump administration announced it was imposing tariffs on steel and aluminum imported from the European Union, Canada and Mexico.

Trump’s tariffs decision hit the headlines as he swung through Texas during a series of political fundraisers in Houston and Dallas. The Dallas Morning News reported that Texas would feel the brunt of the steel and aluminum tariffs more than any other state.

INTERNATIONAL: North Korea: Diplomacy is not easy or swift, and Trump and Secretary of State Mike Pompeo conceded as much while talking about North Korea on Thursday. The focus since March on one summit between two leaders has become a series of meetings, a flurry of envoys and a letter of reply from Kim Jong Un to the president, to be delivered today at the White House.

The Hill: Trump awaits a letter from the North Korean leader as an on-again, off-again June 12 summit remains in limbo. “I look forward to seeing what’s in the letter,” Trump told reporters.

The Hill: Still hopeful for a historic summit, the president also downplayed expectations. “It doesn’t mean it gets all done at one meeting. Maybe you have to have a second or a third. And maybe we’ll have none,” the president said.

Pompeo, who spent two days with North Korean senior official Kim Yong Chol in New York, described “real progress,” and told reporters, “This is going to be a process that will take days and weeks to work our way through.”

North Korea’s visit to the White House today is the first by a high-level official from that country since 2000, when Jo Myong Rok, then a senior official, met former President Bill Clinton, according to Reuters.

➔ White House & Administration: Trump on Thursday tweeted that he didn’t fire Comey over the Russia investigation — a tweet that is at odds with the president’s prior statements.

Not that it matters but I never fired James Comey because of Russia! The Corrupt Mainstream Media loves to keep pushing that narrative, but they know it is not true!

From The Hill’s Jordan Fabian:

“Comey’s firing is a focal point of Mueller’s probe into whether Trump obstructed the investigation into ties between his campaign and Russia’s interference in the 2016 presidential election. Trump and his allies have offered a series of changing explanations for his decision to fire Comey, which has complicated investigators’ effort to determine his intent.”

At Axios, Jonathan Swan reports that the president pressured Sessions on at least four occasions to retake control of the Russia investigation after the attorney general recused himself.

The Washington Post: Prosecutors interviewed Comey as part of the investigation into his former deputy, Andrew McCabe.

➔ Campaigns: Can Sen. Elizabeth Warren (D-Mass.) bridge the divide between establishment Democrats and the grass roots? The Hill’s Amie Parnes reports that some supporters of Hillary Clinton view Warren as the alternative to Sen. Bernie Sanders (I-Vt.). There is still deep bitterness between the Clinton and Sanders camps, so the 2020 Democratic primary is shaping up to be a fascinating ride (The Hill).

Speaking of 2020, former Attorney General Eric Holder will speak at the Politics & Eggs breakfast at Saint Anselm College in New Hampshire today. That’s a popular forum for aspiring presidential candidates, and Holder has not ruled out a bid for the Democratic nomination.

Quotes of the day:

“There is no Republican Party. There’s a Trump party. Republican Party is kinda taking a nap somewhere.” — former Speaker John Boehner (R-Ohio), at a policy conference in Michigan on Thursday.

Roundup from the campaign trail and the hill… House Dems launch 2018 anti-poverty tour (The Hill) …  Sen. Dianne Feinstein (D-Calif.) plans to introduce legislation to prevent the separation of immigrant children from their parents at the U.S. Mexico border (The Hill) …The White House is demanding House Minority Leader Nancy Pelosi (D-Calif.) condemn a Democratic candidate who compared Trump to Osama bin Laden (The Hill) … Florida Gov. Rick Scott (R), who is running for Senate, is visiting Puerto Rico for the sixth time since Hurricane Maria struck last year (The Tampa Bay Times).

Save the International Space Station, by Art Harman, opinion contributor to The Hill. https://bit.ly/2L7wvID

Congress is in recess until next week.

The president today participates in the U.S. Coast Guard change-of-command ceremony. In the afternoon, Trump will meet with Secretary Pompeo and expects to receive a letter from Kim Jong Un. In the afternoon, he’ll depart the White House for Camp David.

The Bureau of Labor Statistics at 8:30 a.m. reports key employment data for May. Some analysts are projecting the economy added 205,000 jobs last month.

> Battle takes shape over the future of sports betting, by Megan R. Wilson, The Hill.

> Google has ignored warnings about pro-ISIS content on Google Plus, its social media platform, by Ali Breland, The Hill.

> The number of opioid prescriptions issued in the United States falls for the fifth straight year, according to a new report from the American Medical Association. The organization also issued proposals to help curb the epidemic, by Peter Sullivan, The Hill.

> A federal assessment identified shortfalls preventing the energy sector from improving its responses to any major cyber attack to the nation’s power grid, by Morgan Chalfant, The Hill.

It’s already June, and the season for leisurely beach reading has arrived. Suddenly, political selections are stacking up:

Brower reports that Joe Biden and Mike Pence talk at least once a month, and her book, which includes insights from interviews with every living former vice president, unpacks Biden’s unease in 2016 with Hillary Clinton’s retelling of her advice to President Obama leading up to the raid on Osama bin Laden’s compound in Pakistan.

Also out next week is Ben Rhodes’s “The World as It Is: A Memoir of the Obama White House.” A former speechwriter and national security adviser to former President Obama for eight years, Rhodes writes with the kind of inside-the-Oval-Office storytelling that prompted The New York Times to dissect his former boss’s musings about Trump’s election.

Bill Clinton was a notorious inhaler of mystery novels while he was president, so the notion that he partnered with James Patterson to co-create “The President is Missing,” which will be in bookstores Monday, should come as no surprise. The duo will appear together at a book convention in New York City on Sunday, and will sit down Tuesday on “The Late Show with Stephen Colbert” (The Hill).

Appearances and television interviews designed to sell books, however, open doors to all manner of unscripted questions. During a CBS “Sunday Morning” interview to air this weekend, Clinton talks about sexual harassment in its 2018 context and defends his decision as president to challenge impeachment following his untruthful statements about a sexual relationship with former White House intern Monica Lewinsky (The Hill). “It was a fight I was glad to undertake,” he says.

And finally … The Hill’s Morning Report will miss Jonathan next week (he’s taking a much-needed vacation break from Washington!), but we’ll see everyone else on Monday morning!

The Hill’s Morning Report — US, allies vow to back Ukraine ‘as long as it takes’