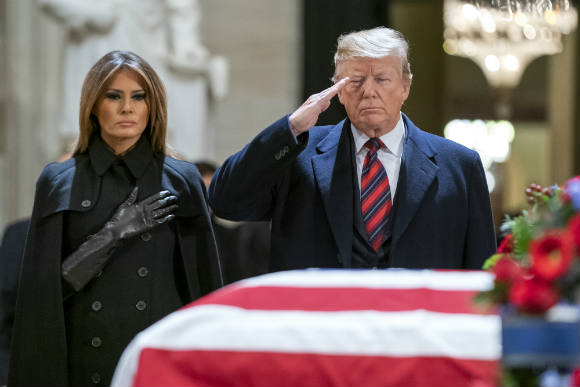 Welcome to The Hill’s Morning Report and happy Tuesday! Our newsletter gets you up to speed on the most important developments in politics and policy, plus trends to watch, co-created by Jonathan Easley and Alexis Simendinger. (CLICK HERE to subscribe!) On Twitter, find us at @joneasley and @asimendinger.

Former President George H.W. Bush’s body continues to lie in state in the Capitol Rotunda today for the public to say farewell. A memorial service at the National Cathedral will take place Wednesday morning and Bush will be laid to rest Thursday in Texas.

****
Congress will delay a spending fight over funding for President Trump’s border wall until closer to the Christmas holiday, averting a partial government shutdown, at least for now.

Congressional leaders on Monday unveiled a temporary spending resolution that will keep the government operating for two weeks beyond Friday’s deadline.

Trump has threatened to veto any spending bill that doesn’t allocate $5 billion for a wall along the Southern border, but has said he’s open to a temporary fix as Washington pauses this week to honor the life of former President George H.W. Bush.

There was no appetite in Washington to squeeze a nasty spending fight in between ceremonies honoring Bush, whose reputation as a pragmatic dealmaker stands in stark contrast to the current polarized environment.

If the stop-gap measure passes, it will give lawmakers until Dec. 21 to reach a spending deal. Democrats and Republicans are billions of dollars apart on how much to allocate toward a border wall.

The Hill: Clock ticks down on GOP Congress.

The Hill: Agreement to pass a two-week temporary measure through Dec. 21 gives lawmakers more time to “work around where we are,” a GOP senator explains.

This week, lawmakers and the White House will focus almost exclusively on the life of the 41st president in ceremonies leading up to Bush’s memorial service at the National Cathedral in Washington on Wednesday.

Former President George W. Bush will eulogize his father tomorrow. Trump, who will not speak, and the three other living former U.S. presidents, Barack Obama, Bill Clinton and Jimmy Carter, are expected to attend.

Still, some legislative business is occurring out of the spotlight. CIA Director Gina Haspel will brief Senate leaders today on the death of Saudi journalist Jamal Khashoggi, after senators criticized her absence from a briefing last week (The Hill).

The Hill: Bush is hailed for principles as lawmakers pay respects.

The Hill: House postponed votes in deference to Bush’s passing. 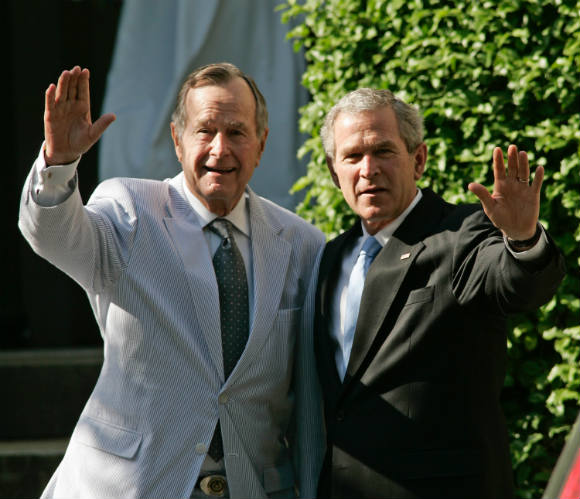 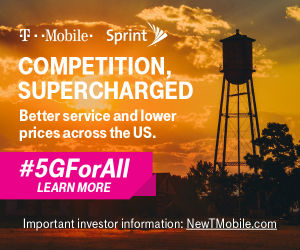 ADMINISTRATION: Auto subsidies: White House economic adviser Larry Kudlow said the administration intends to end federal subsidies for electric cars and other items, including renewable energy sources. On Monday, Trump’s adviser said he expected subsidies for buying electric cars to end in 2020 or 2021 (Reuters). … It’s unclear what, exactly, the administration can do without Congress (Bloomberg).

General Motors: The rollout of the company’s plans for layoffs and plant closures are the start of substantial public relations and lobbying challenges ahead, judging from reactions to the company’s restructuring announcement last week on Capitol Hill and in the Oval Office (The Hill).

Auto tariffs: China has made no specific, detailed agreement with the United States, but the administration believes China will lower tariffs on imported automobiles as a result of a discussion between Trump and President Xi Jinping on Saturday, Kudlow said.

“That is President Trump’s understanding. And hopefully we’ll see some `immediate’ action there,” he said on Monday. “We expect those tariffs to go to zero” (The Hill).

Reuters: Market optimism about U.S.-China relations and a trade truce sagged on Tuesday under the weight of growing fears the U.S economy could be headed for recession sooner than expected.

Trade: As Niall Stanage reports, it’s unclear whether Trump and his trade team wrung significant concessions from the Chinese or whether the president needed a way out as the negative consequences of the trade war began to bite (The Hill). … Trump’s truce with China initially calmed markets, but observers note he selected a hard-liner, U.S. Trade Representative Robert Lighthizer, to lead U.S. discussions with Beijing (The New York Times).

Interior Department: Secretary Ryan Zinke set a harsh tone Friday for a confrontational relationship with the House Democrat who will oversee his department next year, accusing Rep. Raúl Grijalva (D-Ariz.) in a tweet of “hostile and drunken behavior” and calling on him to resign. Democrats will have the power to subpoena the secretary and compel him to testify at the House Natural Resources Committee beginning in January. The Twitter exchange foreshadowed what’s ahead (The Hill). … Grijalva is going to make Zinke’s life hell in the next Congress (Mother Jones).

Media merger: Monday’s announcement of the Nexstar-Tribune merger poses a new test for regulators in the Trump administration who oversee a rapidly consolidating media market. It shows that dealmakers aren’t dissuaded by a decision by the Federal Communications Commission to torpedo the Sinclair-Tribune merger earlier this year or the Justice Department’s ongoing battle against the AT&T-Time Warner merger (The Hill).

Health care: Presenting a wish list for the future, the Trump administration released a report on Monday with more than 50 recommendations that three federal departments said would increase competition in health care. Some actions could be taken by the administration, while others would require Congress to act. The report’s bottom line: health spending is on the rise, and the administration asserted that government regulations are getting in the way of consumer freedoms (The Hill).

CAMPAIGNS & POLITICS: Exclusive polling shared with The Hill finds Rep. Beto O’Rourke (D-Texas) is a top contender in the 2020 Democratic presidential field, even as he goes up against better-known potential White House hopefuls (The Hill).

That will be news to Sen. Bernie Sanders (I-Vt.), who captured the imagination of grass-roots liberals during his unlikely ascension in the 2016 Democratic primaries. Sanders is meeting with advisers and laying the groundwork for a massive presidential launch, according to The Associated Press.

Sen. Kamala Harris (D-Calif.), another potential contender, summed it up nicely in an interview with MSNBC’s Mika Brzezinski:

More from campaigns and politics … Whip List: Where Pelosi stands in her quest to be Speaker (The Hill) …  Incoming House GOP campaign chairman sketches out plans for 2020 comeback (The Hill) … GOP legislatures seek to cement Republican power (The Hill) … Democratic governors say their victories in purple and red states this year show the “blue brick path back to the White House” (The Hill) … Update: North Carolina’s ongoing election turmoil could conceivably end with a new election (The New York Times).

INVESTIGATIONS: In a series of tweets on Monday, Trump praised one former associate for refusing to work with Robert Mueller, while blasting another for cooperating with the special counsel.

The president said his former attorney Michael Cohen, who last week pleaded guilty to lying to Congress about his contacts with Russians and is working closely with Mueller’s team as he seeks a reduced sentence, should not be granted leniency for cooperating with prosecutors. 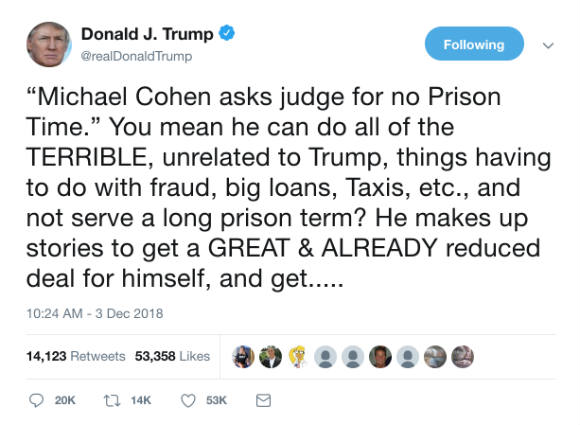 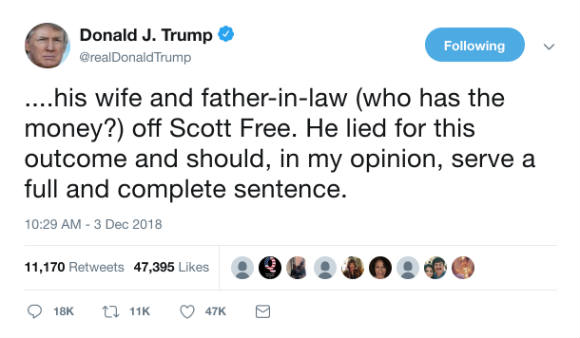 And Trump praised his former confidant Roger Stone, who has said he won’t cooperate with Mueller, even as prosecutors increasingly appear to have him in their crosshairs. 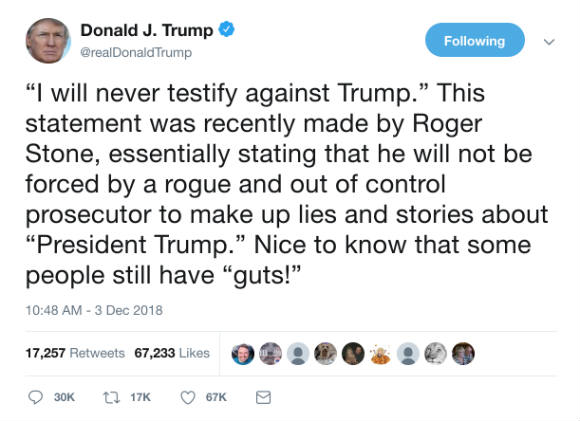 Trump made clear that he is closely watching those who turn on him in the special counsel’s probe. So far, five people in Trump’s orbit have pleaded guilty to federal charges. His tweets set off a legal debate about whether his messages amount to instructions to federal witnesses or are expressions of personal views and preferences (The Associated Press).

George Conway, a prominent Washington attorney and husband of White House adviser Kellyanne Conway, responded with a tweet implying the president’s remarks could fall within the scope of witness tampering. 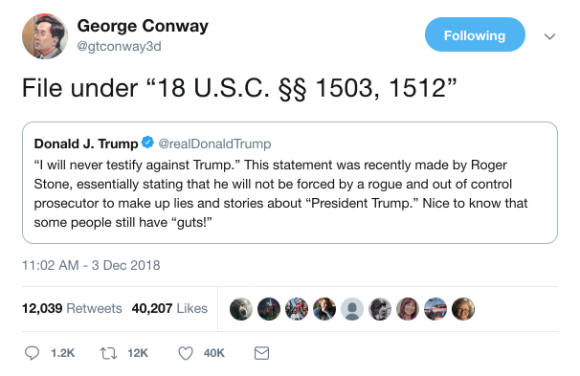 Russia’s attack on Ukraine is an act of war, by Stephen Blank, opinion contributor, The Hill. http://bit.ly/2BOaUmK

The House is out until noon on Dec. 6 in honor of Bush’s funerals in Washington and Houston, and the former president’s burial in College Station, Texas.

The president signs the “Frank LoBiondo Coast Guard Authorization Act of 2018” at 3:30 p.m. in the Oval Office.

Vice President Pence participates in the Senate Republican policy lunch at 12:45 p.m. This evening, Pence speaks to the “United in Purpose: Ziklag Group Dinner” at the Mandarin Oriental Hotel in Washington.

Secretary of State Mike Pompeo is in Brussels, Belgium, through Dec. 5 to participate in the semi-annual meeting of NATO foreign ministers. He delivered a speech this morning asserting that Trump is constructing “a new liberal order that prevents war and achieves greater prosperity” (Reuters). On his schedule this afternoon: the North Atlantic Council meeting with Georgia and Ukraine, during which the subject of Russia looms large. 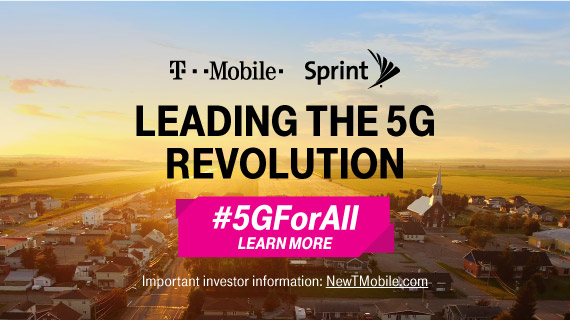 > Immigration: Members of the migrant caravan breached the border fence on Monday, passing into the U.S. in the hopes that a confrontation with law enforcement would allow them to apply for asylum (Reuters).

> Defense: A deep dive into the U.S. military’s use of cutting edge science, from genetically engineering microorganisms that can detect enemy submarines to living camouflage and self-healing paint (Defense One).

> France: Conceding to days of violent citizen revolts aimed at rising prices and economic duress, French Prime Minister Edouard Philippe will announce the government is delaying its policy of fuel tax hikes, according to Le Monde and France Info radio reports today. The government is also expected to announce other measures aimed at easing tensions, just three weeks after asserting it would not change course (The Associated Press). French President Emmanuel Macron met with opposition leaders on Monday (Reuters).

> Health: Children are increasingly susceptible to life-threatening food allergies, a trend that has alarmed parents and provoked debate among scientists struggling to explain the phenomenon (BBC).

And finally … A photo shared by Bush’s spokesman Jim McGrath of Sully, the 41st president’s service dog, went viral on Monday, showing the intense bond that can form between humans and animals over even a short period of time.

The photo, which George W. Bush later shared on his Instagram, shows Sully resting in front of the casket at a memorial in Texas. Sully had been serving the former president since June, shortly after Barbara Bush passed away. 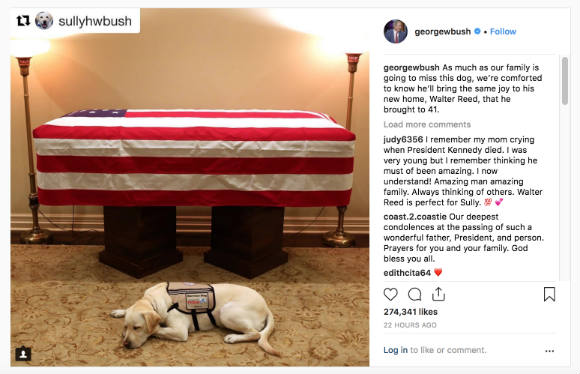 Sully, named after the famed pilot who landed a damaged commercial airliner on the Hudson River in 2009, was by Bush’s side at most of his public events over the past six months, including at the ballot box, when the former president voted in November.

Like the former president he assisted, the service dog has many fans. 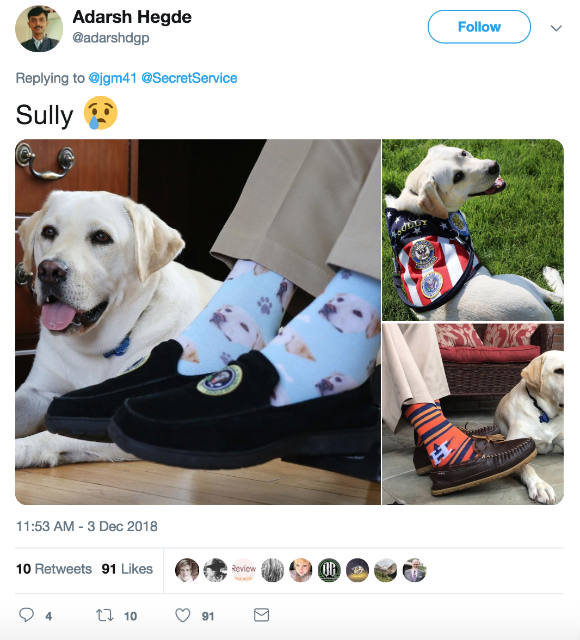 Sully’s next mission? He will return to Walter Reed National Military Medical Center’s Facility Dog Program, where a wounded veteran awaits his companionship.

The Hill’s Morning Report — Under microscopes, CDC and IRS to get overhauls