The Hill’s Morning Report — Where the shutdown fight stands 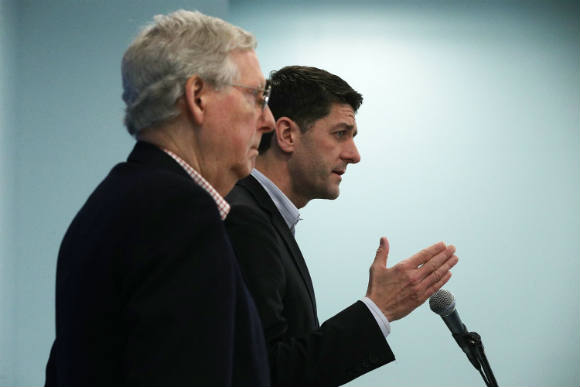 Welcome to The Hill’s Morning Report and happy Thursday! Our newsletter gets you up to speed on the most important developments in politics and policy, plus trends to watch, co-created by Jonathan Easley and Alexis Simendinger. (CLICK HERE to subscribe!) On Twitter, find us at @joneasley and @asimendinger.

*** The Hill’s must-read list of Top Lobbyists is out this morning. Check out the annual rundown of who is rising on K Street: http://bit.ly/2LgoQce ***

Washington faces a partial government shutdown in eight days and lawmakers don’t appear any closer to resolving the spending fight over how much money to give President Trump for a border wall.

The pressure is very much on Republican leaders to solve this puzzle, after Trump declared in an Oval Office meeting with top Democrats that he’d be happy to take credit for a government shutdown unless Congress allocates $5 billion for a border wall. Democrats are capping their offer at $1.6 billion.

With the Dec. 21 deadline looming, lawmakers are increasingly pessimistic that a deal can be reached.

“I think we’re going to have a shutdown for two reasons. No. 1, President Trump does not look to me like he was bluffing or is bluffing, and No. 2, I don’t think [Rep. Nancy] Pelosi is going to agree to anything because she’s worried about her Speakership.” – Sen. John Kennedy (R-La.).

Trump has left Speaker Paul Ryan (R-Wis.) with a tight knot to untie before he leaves office at the end of the month.

The president boasted that House Republicans could easily pass a bill allocating $5 billion to the wall. GOP leaders are unsure and haven’t settled on a vehicle for it yet. Democrats would be happy to pass a stopgap measure that prolongs the fight into the new year, when they’ll be in the majority.

One major GOP hurdle for the wall? Republicans were conducting “bed checks” on Wednesday to figure out how many of them were in Washington.

The House is only scheduled to work four days between now and Dec. 21, and 17 Republicans missed Wednesday’s farm bill vote. Many of them are not returning to the House next year and remember that Trump mocked a handful of House Republicans who lost their races. Don’t count on their votes.

Trump shocked Senate Republicans when he said he’d take responsibility for any shutdown over the holidays.

The Hill’s Alexander Bolton has this crushing anecdote: Senate Republicans were putting the final touches on talking points blaming the shutdown on Senate Minority Leader Charles Schumer (D-N.Y.), as any bill that gets out of the Senate will need Democratic support to reach 60 votes. That’s out the window now. It’s a “Trump shutdown” if it happens.

One possibility? The House passes a stopgap measure known as a continuing resolution with $5 billion for the wall. If Republicans can get that through the House, it would likely come back from the Senate with the $5 billion whittled to $1.6 billion.

Would Trump accept that? Or will he follow through on his shutdown threat? 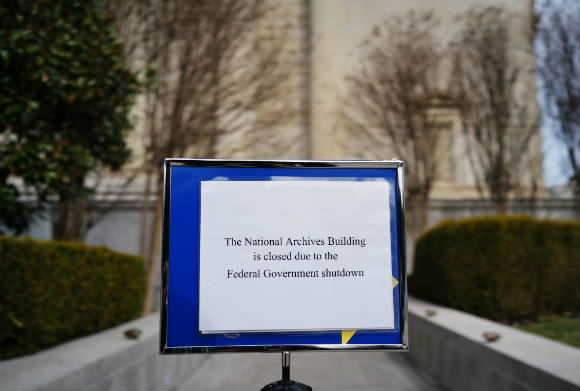 INVESTIGATIONS: Trump’s former attorney Michael Cohen, 52, was sentenced to three years in prison on Wednesday. He’s been ordered to surrender to authorities in early March (The Hill).

Cohen had pleaded guilty to nine federal charges, most of them relating to his personal businesses and finances.

But it’s the campaign finance charge that will drive endless discussion in the coming months, as it implicates the president.

In 2016, Cohen arranged payments to bury stories from adult-film actress Stormy Daniels and former Playboy model Karen McDougal, both of whom claimed to have had extramarital affairs with the president more than a decade ago.

Cohen has testified that Trump told him to make the payments. Prosecutors in New York argued that the payments were made to help Trump get elected president, and therefore constitute felony campaign finance violations.

Cohen chose not to fight the charge. Trump will fight it vigorously, if prosecutors continue down that path. The president has said the payments were a private matter and unrelated to the election.

In court on Tuesday, Cohen wept next to his daughter and expressed remorse for being Trump’s “fixer.”

“Recently the president tweeted a statement calling me weak, and it was correct but for a much different reason than he was implying. It was because time and time again I felt it was my duty to cover up his dirty deeds.” — Cohen

He has been cooperating with special counsel Robert Mueller’s probe and says he’s willing to talk to Congress or investigators in an effort to expose the president’s secrets.

There was more bad news for the president and his legal team on Tuesday. The National Enquirer, which sold the rights to McDougal’s story to Cohen, has struck a deal with federal prosecutors looking into the campaign finance allegations (Reuters). 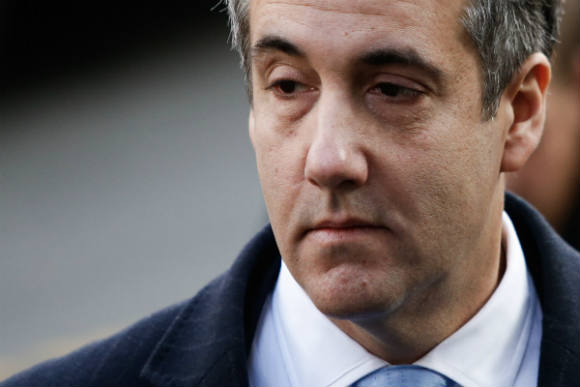 CONGRESS: Pelosi locked up sufficient support among mavericks to become House Speaker in January following a deal she cut for term limits for Democratic leaders (The Hill).

House – Meadows: Trump continues to cast about for candidates to become his third chief of staff, but one decision emerged on Wednesday: John Kelly’s successor will not be North Carolina GOP Rep. Mark Meadows, who had expressed interest in the position. The president said he needed his conservative ally to remain in Congress to defend the administration (The Hill).

House – farm bill: After passing an $867 billion farm bill on Wednesday, the House sent the behemoth to Trump for his signature (The Hill).

Yemen resolution: Heeding opposition in the White House and State Department, Republicans in the House blocked lawmakers from forcing votes for the rest of the year dealing with Yemen and war powers (The Hill). The blockade in the House dilutes some of the potency of a Senate resolution that would end U.S. support for the Saudi-led campaign in Yemen, now moving toward a vote (The Hill).

Congress – sexual harassment: Lawmakers from the House and Senate reached a compromise on how to handle sexual harassment cases in the legislative branch. The Senate expects to take a measure up this week and send it to the House if it passes (The Hill).

House – health care: Taxes included in the Affordable Care Act are the focus of some health care companies that would like to delay them, using a year-end spending bill as the means to push the taxes into the future. The companies are seeking quick action on Capitol Hill, anticipating the landscape will shift dramatically when Democrats control the House in a few weeks (The Hill).

House – office life: Lawmakers could decide to support a ban on overnighting in their congressional offices, a practice of rent-free accommodations that is not new, and remains controversial. Among complaints House Democrats face as they prepare to take control in 2019: questionable sanitation while using offices as sleeping quarters, and awkward encounters between slumbering lawmakers and office cleaning crews of the opposite gender — an issue that carries additional significance in the “Me Too” era (The Hill).

Mania at 1600 Pennsylvania Ave., by Steve Israel, opinion contributor to The Hill. http://bit.ly/2Ef3nPr

Is the Senate still the nation’s conscience? by Jeremi Suri, University of Texas at Austin, opinion contributor to The Hill. http://bit.ly/2rAWfp3

The Senate convenes at 9:30 a.m. and resumes consideration of a joint resolution to direct the removal of U.S. military from hostilities in Yemen that have not been authorized by Congress.

The House gets to work at 10:30 a.m., with any votes expected before noon.

The president meets with Secretary of State Mike Pompeo at 11:45 a.m. Trump meets with a group of governors-elect at 2 p.m., joined by Vice President Pence. The president and first lady Melania Trump host two evening Christmas receptions at the White House.

Treasury Department Under Secretary Sigal Mandelker speaks at noon about “Coping with U.S. Export Controls and Sanctions” at the Practicing Law Institute Conference held at the Four Seasons Hotel in Washington.

White House national security adviser John Bolton speaks at 9:30 a.m. at the Heritage Foundation about “The Trump Administration’s New Africa Strategy.” The event will be livestreamed and Bolton will take questions.

The Congressional Budget Office releases a report on “Options for Reducing the Deficit: 2019 to 2028.”

> United Kingdom: A politically weakened Prime Minister Theresa May is set to ask European leaders for help today after a mutiny by more than a third of her Conservative Party colleagues failed to unseat her but left parliament heading for deadlock over Brexit. May survived an attempt to oust her with a no-confidence vote Wednesday night. However, EU leaders have been united in saying they have no intention of changing the divorce agreement now in limbo in Great Britain with a looming deadline of March 29 (Reuters).

> Opioids and mortality: The synthetic opioid fentanyl is the deadliest drug in America, according to a study based on death certificates (CNN).

> Boy Scouts and bankruptcy: The Boy Scouts of America is considering filing for bankruptcy protection as it faces dwindling membership and escalating legal costs related to sexual abuse lawsuits (The Wall Street Journal).

> Tech: Apple will build a wave of new sites across the country, including a $1 billion campus in Austin, Texas. The tech giant will also open new offices in Seattle, San Diego and Culver City, Calif. (The Wall Street Journal).

> First lady: Melania Trump entered White House history books on Wednesday by flying in a V-22 Osprey aircraft and onto the deck of an aircraft carrier. She visited service members in Virginia (The Washington Post).

Email your responses to jeasley@thehill.com or asimendinger@thehill.com, and please add “Quiz” to subject lines. Winners who submit correct answers will enjoy some richly deserved newsletter fame on Friday.

Who was the youngest person to ever become White House chief of staff?

Which former president had the most chiefs of staff?

Who was the chief of staff on 9/11, who whispered into the ear of former President George W. Bush, “America is under attack”?

Who was chief of staff during the assassination attempt on former President Ronald Reagan? 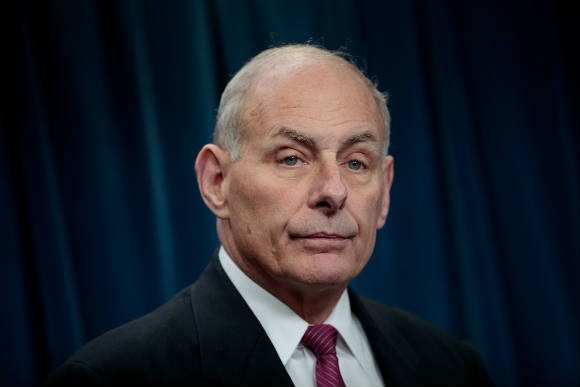 These counties will decide who wins the Georgia Senate runoff