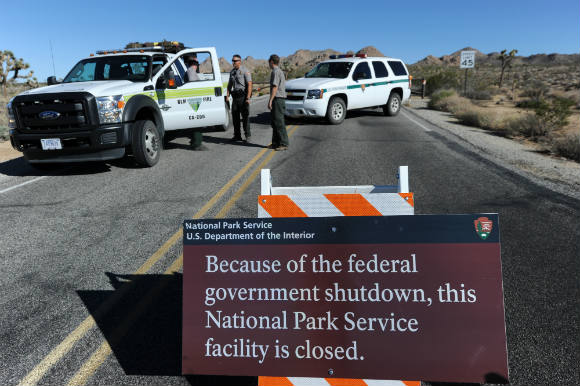 Welcome to The Hill’s Morning Report, and happy Monday! Our newsletter gets you up to speed on the most important developments in politics and policy, plus trends to watch, co-created by Jonathan Easley and Alexis Simendinger. (CLICK HERE to subscribe!) On Twitter, you can find us at @joneasley and @asimendinger.

The partial shutdown that has impacted a quarter of the government and some 800,000 federal employees is now 17 days old, with no end in sight.

Vice President Pence spent the weekend negotiating with staffers for congressional Democratic leaders, but there was no breakthrough.

President Trump is refusing to budge from his demand that Congress include $5.7 billion for a border wall in any spending package it sends him. The president and his team seem focused on finding a way around Congress by using emergency powers to redirect money for the wall, which would be challenged in court immediately. Trump has made conflicting remarks over the course of the negotiations, sowing confusion about whether he’d be willing to compromise.

The New York Times: Trump offers a “steel barrier,” but Democrats are unmoved.

House Speaker Nancy Pelosi (D-Calif.), meanwhile, is planning a new round of spending votes for later this week. Those bills won’t include any additional money for a wall and seem destined to be dead on arrival.

A few pressure points to watch that could potentially pave the way for a deal:

Senate Majority Leader Mitch McConnell (R-Ky.) refused to bring a spending bill passed by House Democrats last week up for a vote. Will anxious Republicans in his caucus force his hand at some point?

There are a handful of GOP senators facing competitive reelection bids in 2020 who are eager to get past the shutdown drama.

Sen. Cory Gardner (R-Colo.) has called on Congress to pass a clean continuing resolution that would reopen the government and Sen. Susan Collins (R-Maine) sounds like she’s leaning that way as well.

Sens. Martha McSally (R-Ariz.), Joni Ernst (R-Iowa) and Thom Tillis (R-N.C.) might also start to view the shutdown through the prism of their reelection bids soon.

Trump and congressional Democrats both want to find a solution that would allow those protected under former President Obama’s Deferred Action for Childhood Arrivals (DACA) policy to remain in the United States.

Could Trump trade with Democrats on immigration policy in exchange for additional border wall money? The president said Sunday he’s not considering it, at least while DACA is being challenged in the courts.

Stories in the national media and at local news outlets about the negative impacts of a government shutdown are stacking up, adding pressure for a deal.

In about a week, members of the U.S. Coast Guard and other vital agencies will begin to miss paychecks for work they’ve performed. And there will be plenty of angry Americans if tax refunds from the IRS are delayed.

So far, the biggest stories to gain traction pertain to longer lines at airports due to the absence of unpaid Transportation Security Administration employees and heaps of disgusting garbage now fouling national parks and monuments. 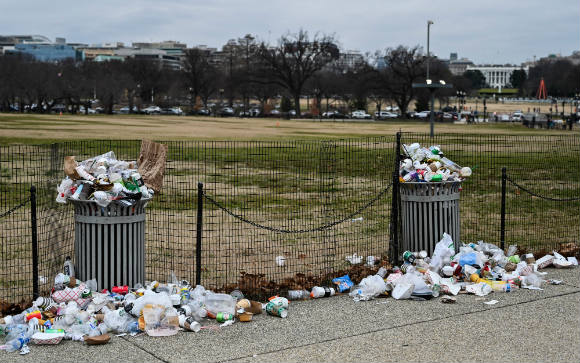 WHITE HOUSE: Trump administration officials are due in Beijing today for U.S.-China trade talks aimed at easing a tariffs battle that threatens to hobble global economic growth. The two governments have expressed interest in a settlement but have given no indication that their stances have shifted (The Associated Press). European markets’ message this morning: All eyes on Beijing (The Associated Press).

“I never said we’re doing it that quickly,” Trump told reporters on Sunday. “We’re pulling out of Syria, but we’re doing it and we won’t be finally pullout out until ISIS [the Islamic State in Iraq and Syria] is gone.”

> Meanwhile on Capitol Hill, the Senate is poised today to consider legislation that pushes back against Trump’s initial announcement that he would pull U.S. forces out of Syria within a month (The Hill).

> Separately, two Americans said to have joined ISIS were captured on the Syrian front lines and their arrests announced on Sunday (The New York Times).

Nominations: Trump told reporters on Sunday that he believes he gains leeway with acting secretaries and agency heads rather than moving swiftly to seek new Senate-confirmed secretaries to fill top federal vacancies. The president is weighing potential candidates to succeed James Mattis, and continues to work with numerous acting managers across the government. His White House chief of staff, Mick Mulvaney, also serves in an acting capacity in the West Wing at the same time he directs the Office of Management and Budget (The Hill).

“I’m in no hurry, I have acting, and my actings are doing really great,” the president. “I sort of like acting. It gives me more flexibility.”

Among departments and agencies without permanent chiefs in charge: Interior, Defense and the Environmental Protection Agency. At the Justice Department, William Barr, nominee to be attorney general, faces a Senate confirmation hearing later this month while Matthew Whitaker, a former staff member, directs the department (The Washington Post).

Meanwhile, the Senate returned to the White House more than 270 nominations left pending at the conclusion of the previous session of Congress, which means Trump must decide if he will renominate each one (The Hill).

POLITICS: The dynamics in the Senate are going to be fascinating to watch for the next 18 months, with so many Democrats running for president and Republicans in the majority, but facing a tough electoral map in 2020.

Sen. Elizabeth Warren (D-Mass.) has gotten a head start on the Democratic field, launching into her presidential campaign over weekend with stops across Iowa.

The early entrance will give Warren a brief advantage in hiring campaign staff, raising money and in earned media. Still, the field is going to get crowded in a hurry, so some of those advantages may dry up.

Back to the Senate — Sen. Pat Roberts’s (R-Kan.) retirement has set off speculation around who will run for his seat in 2020.

More from campaigns and politics … Former Vice President Joe Biden to make 2020 decision in two weeks, sees himself as Dems’ best hope (The New York Times) … California Democrats are under pressure to deliver after big gains in 2018 (The Hill) … U.S. Supreme Court to take up critical gerrymandering cases (The Hill) … Fight over House seat in North Carolina’s 9th Congressional District could drag on for months with no one seated (Charlotte Observer).

Senate must do its job on judicial nominees in 2019, by Derrick Johnson, president and CEO of the NAACP and opinion contributor, The Hill. http://bit.ly/2AxwjPM

The House returns at noon on Tuesday and begins legislative business at 2 p.m.

The Senate convenes at 3 p.m. on Tuesday and resumes consideration of the Strengthening America’s Security in the Middle East Act.

> Taxes: As large retailers — many of them brick-and-mortar stores such as Walmart, Home Depot, Target, Kohl’s and Walgreens — seek to slash their tax bills, towns bear the brunt and accuse big merchants of shirking their fair share (The New York Times).

> Entertainment: The Golden Globes ceremony offered surprises Sunday night, according to television and movie critics. Biopic “Bohemian Rhapsody” won as best motion picture (drama), and the heavily favored Lady Gaga and artists behind the latest remake of “A Star is Born” were nearly shut out (Variety). 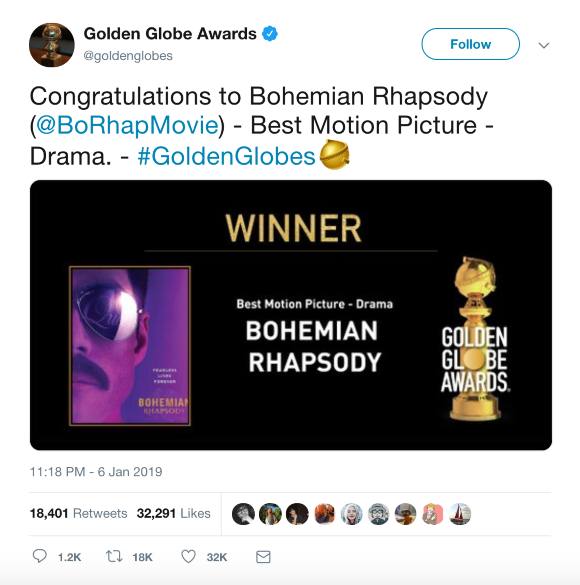 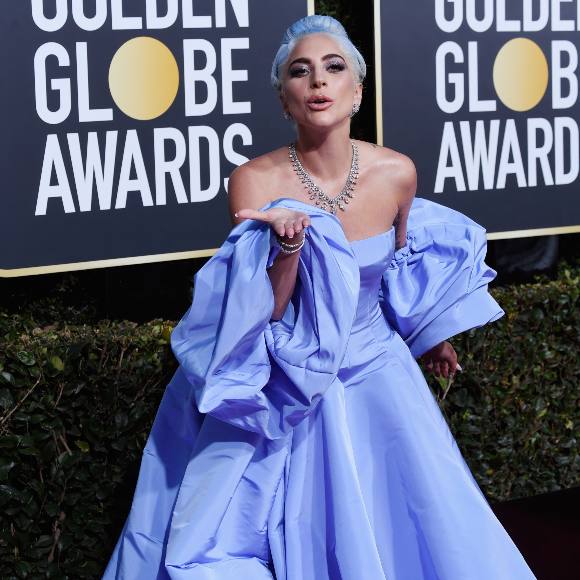 And finally … Last week, a freshman House Democrat and a viral video with a profanity-laced swipe at Trump revived debate about whether the opposing party will steam ahead to try to remove the president from office (The Washington Post).

Democrats got an early taste of the drawbacks of impeachment discussions at the outset of the 116th Congress, following a profane remark lobbed by Rep. Rashida Tlaib (D-Mich) (The Associated Press).

Chuck Todd, moderator of NBC News’s “Meet the Press,” asked House Majority Leader Steny Hoyer (D-Md.) on Sunday if an impeachment process within his party is even in doubt.

“I don’t think an impeachment process is inevitable,” Hoyer said, hinting at friction between Democratic leaders and progressives in the House conference. “I think impeachment talks right now are a distraction. We’ll have to see what the [special counsel] report says. Nancy and I have both said that.”

Coincidentally, on this day in 1999 — Jan. 7 — the Senate’s impeachment trial of former President Clinton began. Little more than a month later, the president was acquitted of House charges and walked from the Oval Office into the Rose Garden to apologize to Americans for the actions that led to the prolonged national drama.

It’s worth remembering that on Dec. 19, 1998, when the GOP-led House approved articles of impeachment against the 42nd president, his job approval shot to 73 percent, the highest measured during his presidency, according to the Gallup Organization. On the day the Senate narrowly acquitted Clinton, his job approval was 68 percent. And he finished his term with overwhelming majority support around the country. 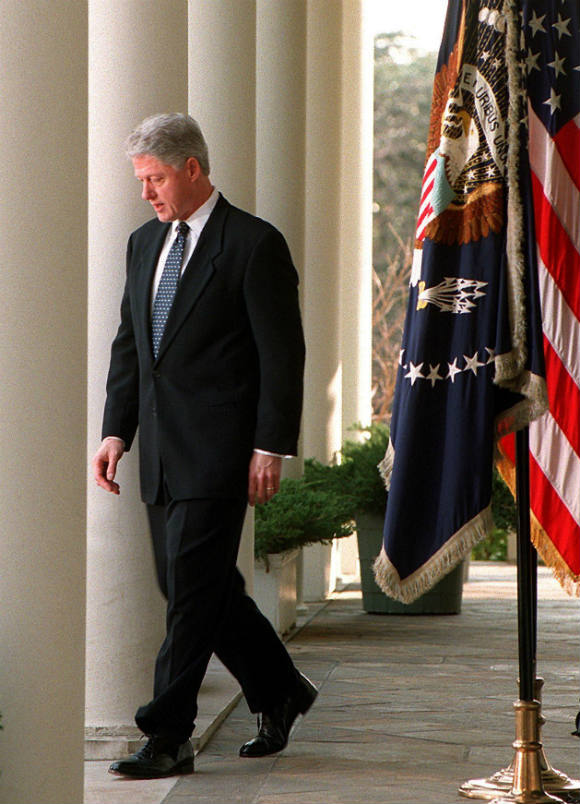