Welcome to The Hill’s Morning Report. This newsletter will take a day off for the Martin Luther King Jr. holiday, but returns on Tuesday to get you up to speed on the most important developments in politics and policy, plus trends to watch. Co-creators are Jonathan Easley and Alexis Simendinger (CLICK HERE to subscribe!). On Twitter, you can find us at @joneasley and @asimendinger.

Tensions are boiling over in Washington as the partial government shutdown hits 28 days.

There are no signs of a breakthrough for the funding lapse impacting hundreds of thousands of federal workers and cutting into U.S. economic growth.

{mosads}On Thursday, lawmakers erupted in anger at one another on the House floor while President Trump retaliated against Speaker Nancy Pelosi (D-Calif.) for threatening to rescind his invitation to give the State of the Union address on Jan. 29.

Minutes before Pelosi’s aircraft was scheduled to depart for Belgium and then Afghanistan, where the Speaker planned to meet with NATO commanders and members of the military, Trump released a letter saying he would not allow her to fly on military aircraft during the shutdown.

“We will reschedule this seven-day excursion when the Shutdown is over. … during this period, it would be better if you were in Washington negotiating with me and joining the Strong Border Security movement to end the Shutdown. Obviously, if you would like to make your journey by flying commercial, that would certainly be your prerogative.” 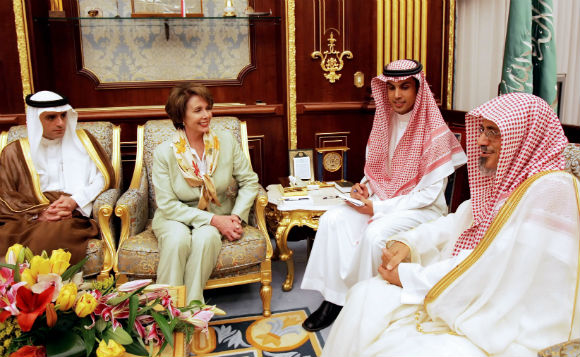 Pelosi’s spokesman Drew Hammill fired back over Twitter, noting that Trump traveled to Iraq during the shutdown with GOP members of the House. 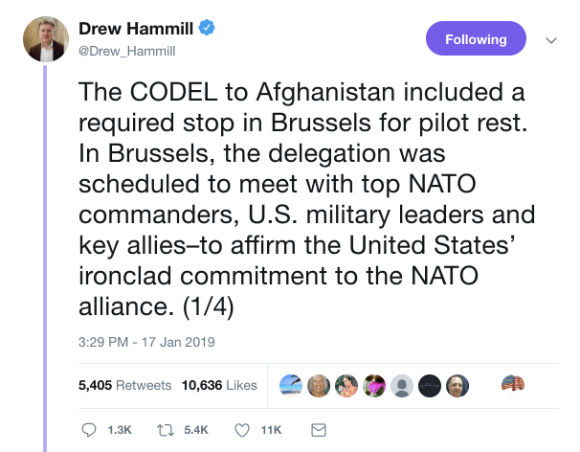 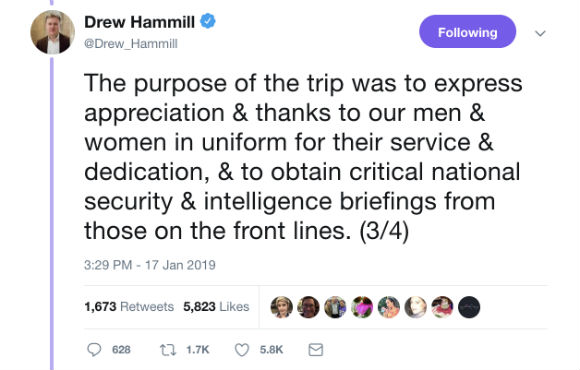 Even some of president’s staunchest allies were at their wits’ end over the back and forth.

“One sophomoric response does not deserve another. Speaker Pelosi’s threat to cancel the State of the Union is very irresponsible and blatantly political. President Trump denying Speaker Pelosi military travel to visit our troops in Afghanistan, our allies in Egypt and NATO is also inappropriate.” – Sen. Lindsey Graham (R-S.C.)

The Hill: Trump fires back at Pelosi, cancels her foreign travel.

Trump, Pelosi and Senate Minority Leader Charles Schumer (D-N.Y.) last met to negotiate a way out of the spending impasse on Jan. 9. That meeting disintegrated immediately, with Trump saying “bye bye” as he walked out of the meeting.

Things weren’t much better on the House floor.

A GOP proposal to pay federal workers but not reopen the government went down in flames. Then chaos erupted after Republicans accused Democrats of skirting the rules to pass a stopgap spending bill by voice vote.

Lawmakers shouted at one another, trading blame for the shutdown. It got ugly when Rep. Jason Smith (R-Mo.) told Rep. Tony Cárdenas (D-Calif.) to “go back to Puerto Rico,” apparently in reference to a retreat some Democrats attended recently.

{mossecondads}Smith said he wasn’t targeting anyone in particular and was only referring to the “Democrats who were down vacationing in Puerto Rico last weekend during the shutdown.” Smith later apologized but the incident underscored the bad blood flowing on both sides.

In the Senate, Majority Leader Mitch McConnell (R-Ky.) once again blocked a spending bill to reopen the government because it didn’t have additional wall money. This was the third time he’s done this.

The Hill: Rep. Tom Marino (R-Penn.), Trump ally, resigns from Congress to take a job in the private sector.

Washington will have a long weekend to think it all over with a federal holiday on Monday in honor of Martin Luther King Jr.

The streets here will be packed with conservative and liberal activists from all over the country.

The March for Life, the country’s largest annual march against abortion, takes place today on the National Mall.

And the third annual Women’s March will take place on Saturday.

The Washington Post: Can the Women’s March overcome a year of controversy and division?

INVESTIGATIONS: Buzzfeed News is out with a story that is shaking up Washington today. Jason Leopold and Anthony Cormier report that Trump directed his former attorney Michael Cohen to lie to Congress about a Trump Tower project in Moscow. Cohen pleaded guilty to lying to Congress.

The story also says that Trump asked Cohen to set up a meeting with Russian President Vladimir Putin to kickstart the project, even as he claimed to not have any business dealings in the country.

The Buzzfeed report cites “two federal law enforcement officials” as sources. It has not been independently corroborated by other news outlets or by special counsel Robert Mueller. Cohen’s attorney declined to comment to reporters Thursday night. Trump attorney Rudy Giuliani did not directly address the report’s details about his client.

“If you believe Cohen I can get you a great deal on the Brooklyn Bridge.” — Giuliani

If the reporting is accurate, Democrats say it’s a clear example of Trump instructing a subordinate to commit a crime. Cohen has already implicated Trump in a scheme to pay off two women to stay quiet about alleged affairs with the president.

Democrats are demanding answers and will undoubtedly launch their own investigations. 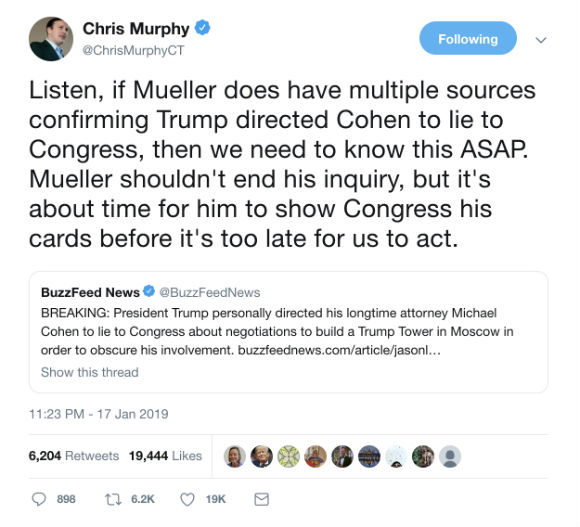 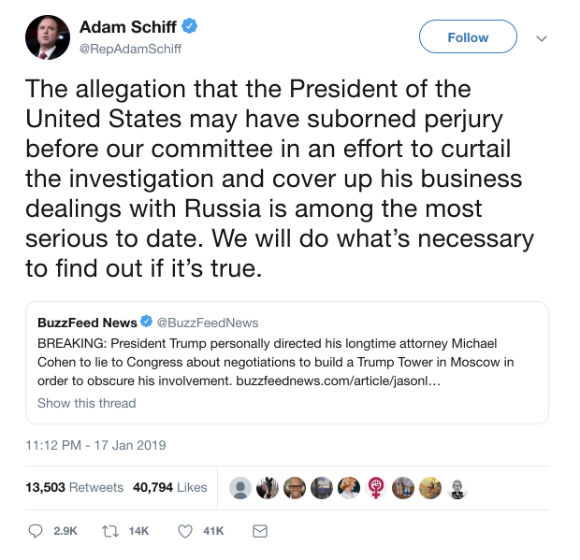 > The Wall Street Journal also has a bizarre new story out about Cohen, who will begin a three-year prison sentence in March.

The Journal reports that Cohen paid a small polling firm to rig two online polls in favor of Trump, including one survey conducted by the influential conservative news aggregator Matt Drudge.

Cohen allegedly paid John Gauger, the director of RedFinch Solutions LLC, with a Walmart shopping bag that contained at least $12,000 in cash and a boxing glove he said once belonged to a Brazilian mixed martial arts fighter.

Cohen tweeted on Thursday that everything he did came under instructions from the president. 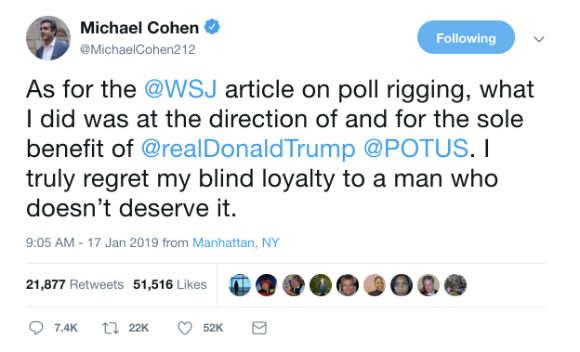 The Drudge Report splashed the headline “Did Trump bribe Drudge poll?” at the top of its site for most of Thursday. Back in 2014, Trump appeared to tweet his disgust with the other survey Cohen attempted to rig, a list of the top 25 business influencers compiled by CNBC. 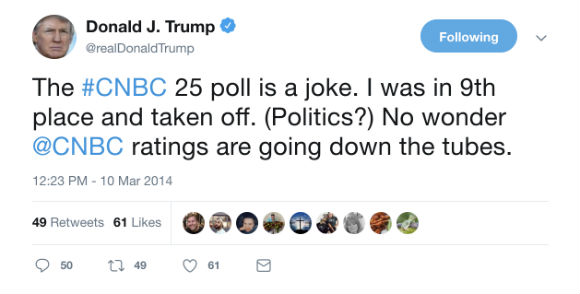 Cohen’s public testimony before the House Oversight and Reform Committee next month should be lively.

> Meanwhile, Giuliani was doing some yuge cleanup early Thursday after he said on CNN this week that some members of the Trump campaign may have colluded with Russians.

Giuliani clarified those remarks in a statement Thursday to The New York Times:

“There was no collusion by President Trump in any way, shape or form. Likewise, I have no knowledge of any collusion by any of the thousands of people who worked on the campaign.”

That settlement is the result of work the law firm did for Trump’s former campaign manager Paul Manafort on behalf of the Ukrainian government (Bloomberg).

ADMINISTRATION: Trump traveled to the Pentagon on Thursday to unveil his administration’s U.S. missile defense strategy (The Hill). The document envisions destroying small numbers of missiles launched by regional powers, more than overwhelming strikes from Russia or China (The New York Times).

The review identifies North Korea as an ongoing and “extraordinary threat” just seven months after the president boasted that U.S. diplomacy all but eliminated the threat posed by Pyongyang (Reuters).

The Trump administration and North Korea could disclose details within days of an upcoming second summit between the president and Kim Jong Un. Vietnam is reported to be one possible location because of Kim’s expected state visit to Hanoi early this year (Reuters). 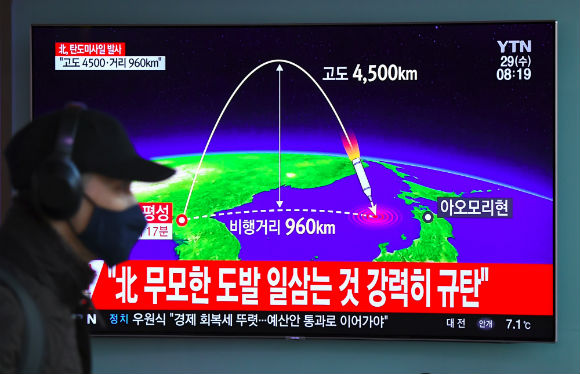 Syria: During his Pentagon remarks, Trump extended his “deepest condolences” following the deaths of four U.S. troops killed in Syria. ISIS claimed responsibility for the blast (The Washington Post).

There is no sign Trump will heed calls, including from members of his own party, to rethink his order to gradually bring troops home from Syria (The Hill).

Russia: Trump sustained a setback in the House on Thursday as lawmakers from both parties supported a resolution that rebukes the president for lifting sanctions on companies owned by Oleg Deripaska, an ally of Putin (The Hill). A tougher measure that would have blocked the easing of those sanctions failed in the Senate this week after intense administration lobbying. 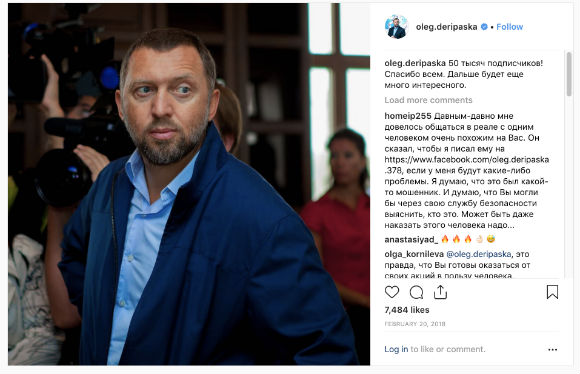 China: News that the Trump administration is trying to decide whether to ratchet back tariffs on China in order to create more conducive conditions for a long-term trade deal calmed financial markets on Thursday (The Wall Street Journal).

Trump scratches Davos: The White House announced late Thursday that the administration won’t attend the World Economic Forum in Davos, Switzerland, because of the ongoing shutdown. Although Trump earlier canceled his plans to attend the annual global gathering in the Alps, the U.S. delegation led by Treasury Secretary Steven Mnuchin had been set to be there Jan. 22-25 (The Hill).

State Department: Most employees of the State Department are being asked to return to work next week despite the shutdown. The administration said on Thursday it is “taking steps to make additional funds available” so employees can get paid (The New York Times).

Congress must act to save NATO from Trump, by former U.S. Ambassador James W. Pardew, opinion contributor, The Hill. https://bit.ly/2AR9Ey9

The president meets with Secretary Mnuchin in the Oval Office at 12:45 p.m. Trump may meet at the White House with Kim Yong Chol, who is representing North Korean leader Kim Jong Un during discussions about a potential second summit between Trump and Kim (Politico)

Vice President Pence speaks at a dinner for the 37th annual March for Life at 7:15 p.m. at a Washington hotel.

Secretary of State Mike Pompeo is expected to meet with North Korean spy chief Kim at a Washington hotel.

> Immigration: Thousands more migrant children may have been separated from their families than the Trump administration has acknowledged, according to government investigators. Upshot: The administration reported to a federal judge that 2,700 children were split from their relatives at the U.S. border, but the number is now assessed to be larger. Children not reported to the court are in legal limbo because their welfare is outside the reunification order (The Associated Press).

> Tech: Facebook shut down hundreds of Russia-linked pages and accounts linked to two large disinformation campaigns. The company said one network operated in countries in Central and Eastern Europe, the Baltics, Central Asia and the Caucasus. The other focused on Ukraine (The Associated Press).

> Chicago police: In an unexpected decision, a Cook County judge on Thursday acquitted three Chicago police officers of all charges alleging they lied in police reports and conspired to cover up the controversial fatal 2014 police shooting of 17-year-old Laquan McDonald (Chicago Tribune). Former officer Jason Van Dyke, who was convicted last year for McDonald’s death, is to be sentenced today (Chicago Tribune). 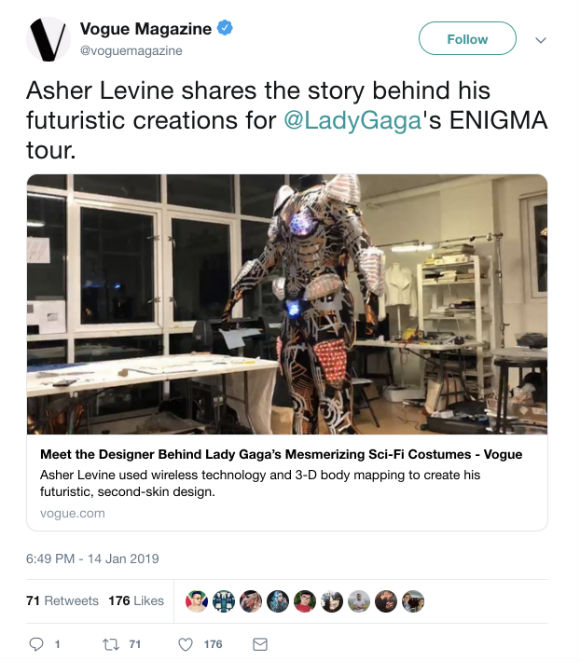 They knew that Thomas Jefferson (among the multiple-choice options) did not sign the Constitution (he was away in France at the time), and that Thomas Paine is not considered a key Founding Father.

Winners this week answered correctly that Franklin invented a lightning rod, bifocals and swim fins, but not the light bulb.

That famous 1804 duel between Alexander Hamilton and Aaron Burr? It stemmed from political attacks.

And John Jay was the Founding Father who became the first chief justice of the Supreme Court. 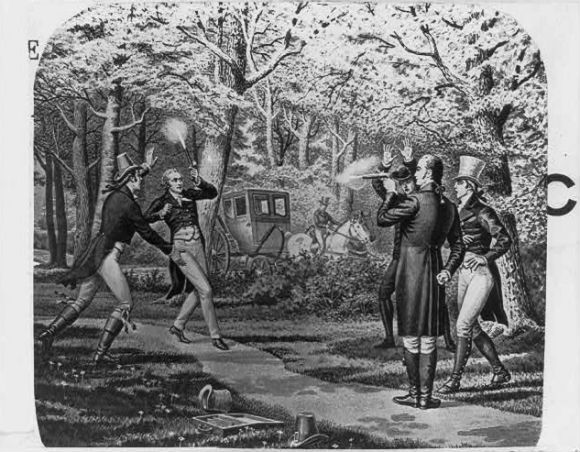 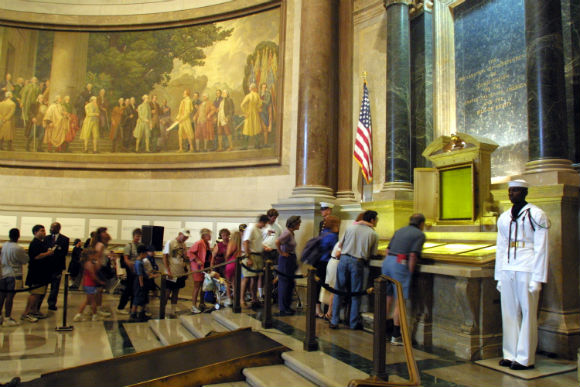 The Hill’s Morning Report — US, allies vow to back Ukraine ‘as long as it takes’