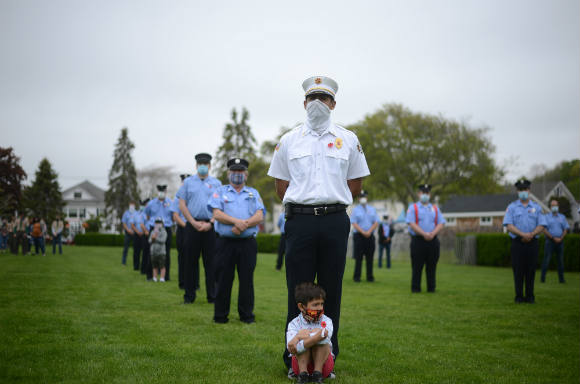 Welcome to The Hill’s Morning Report. It is Tuesday. We get you up to speed on the most important developments in politics and policy, plus trends to watch. Alexis Simendinger and Al Weaver are the daily co-creators, so find us @asimendinger and @alweaver22 on Twitter and recommend the Morning Report to your friends. CLICK HERE to subscribe!

As U.S. fatalities from COVID-19 approach 100,000 this week, the focus has shifted from how Americans are dying from the contagion to how they live with a virus in the absence of an effective vaccine and amid fear and defiance.

Attention over the long weekend focused on how Americans say they want to engage with one another, despite coronavirus risks: 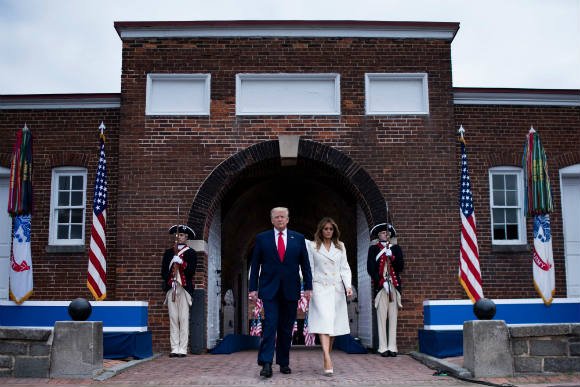 State of Small Business Report: Insights from 86,000 businesses and employees 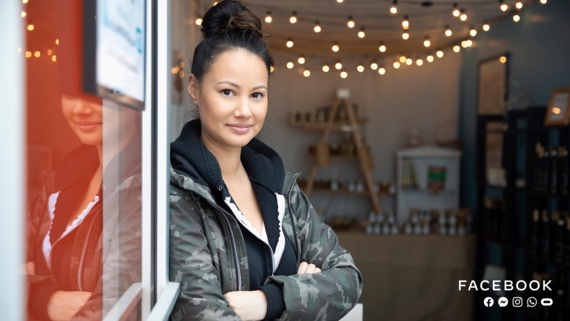 A new report from Facebook and the Small Business Roundtable looks at how small and medium-sized businesses are dealing with the impact of COVID-19  — and what they need on the road to recovery.

CONGRESS: In an interesting bit of intrigue in the Senate, Alexander Bolton reports that Majority Leader Mitch McConnell (R-Ky.) may feel he should do a favor for Sen. Susan Collins (R-Maine), a four-term incumbent who is in the reelection race of her career. McConnell has taken a hard line against more federal assistance to states in the next installment of coronavirus relief legislation the two parties may negotiate. But Collins last week made an impassioned plea on the Senate floor for more help for state budgets. Will McConnell bend? GOP colleagues say “don’t count on it,” but suggest other action could be considered, such as increasing the federal share of transportation funding formulas. 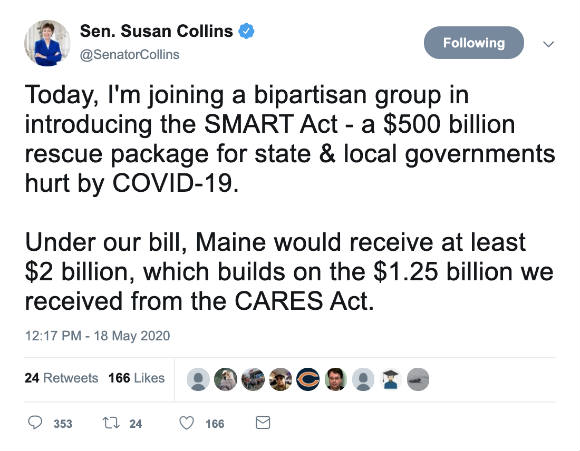 And as The Hill’s Maggie Miller reports, state and local governments experiencing budget shortfalls during the pandemic are begging Congress for funding to shore up network security as hackers exploit the crisis to target overwhelmed government offices.

The Associated Press: Months before the November elections, Congress is at a crossroads: “Go big” on more virus aid or “pause.” House Democrats passed a $3 trillion assistance measure; Republicans want to wean Americans off unemployment benefits to nudge people back to work and provide liability protections for businesses.

POLITICS & CAMPAIGNS: Five senators are reckoning with serious political danger ahead of their November elections. Democrats are particularly focused on four seats – in Arizona, Colorado, Maine and North Carolina – while Republicans are largely playing defense but see an easy pickup opportunity in Alabama. The Hill’s Max Greenwood and Julia Manchester analyze the Senate seats most likely to flip after November.

In the presidential race, former Vice President Joe Biden caused a stir on Monday simply by venturing out of his house for the first time since mid-March to lay a wreath on Memorial Day at the Delaware Memorial Bridge Veterans Memorial Park (The Washington Post). It’s not just the mask he wore with his aviator glasses that set him apart from the president. As Amie Parnes reports, Biden wants to make a bold argument to voters that he is best equipped to lead the nation to recovery from an economic crisis that Trump’s own advisers predict will be measured by unprecedented 20 percent or higher unemployment by June.

The Associated Press: Can Biden be a progressive and a centrist for the next five and a half months? The former vice president is trying to move left without abandoning his centrist roots.

The Washington Post: In battleground Florida, senior voters say they are moving toward Biden. Whether the shift seen in polling since Trump’s election continues through Election Day is as unpredictable as the course of the virus — and may depend on it. 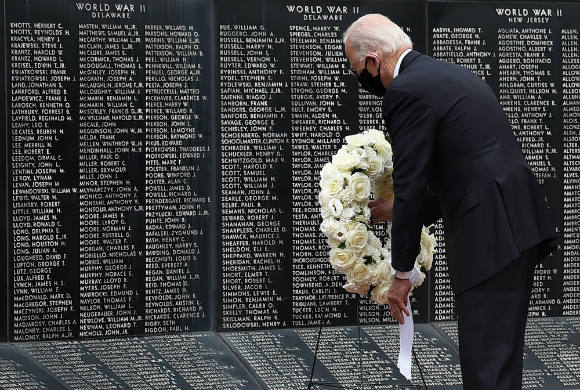 The Morning Report is created by journalists Alexis Simendinger and Al Weaver. We want to hear from you! Email: asimendinger@thehill.com and aweaver@thehill.com. We invite you to share The Hill’s reporting and newsletters, and encourage others to SUBSCRIBE!

Stop expelling and separating immigrant children and parents during the COVID-19 crisis, by Suzan Song, opinion contributor, The Hill. https://bit.ly/3gm5aTg

Resources and tools to help you and your small business 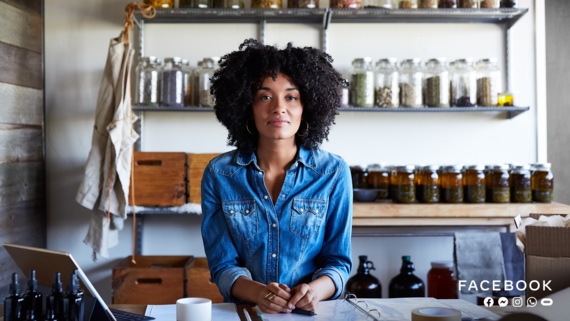 We know it’s a challenging time for small businesses. Facebook’s Business Resource Hub offers resources to help you manage your business and support your customers and employees through the COVID-19 crisis.

The president participates in a ceremonial swearing-in of John Ratcliffe as director of the national intelligence. The acting director, Richard Grenell, says he will turn over the spy reins he held temporarily to Ratcliffe, while also resigning his position as U.S. ambassador to Germany (The Wall Street Journal). Trump will meet with Secretary of State Mike Pompeo at 3 p.m. An hour later, the president will speak about protecting Americans who suffer from diabetes and the “senior savings model.”

The Hill’s Coronavirus Report has updates and exclusive video interviews with policymakers emailed each day. Sign up HERE!

Hill.TV’s “Rising” program features news and interviews at http://thehill.com/hilltv or on YouTube at 10:30 a.m. ET at Rising on YouTube.

➔ International: Venezuelan ally Iran is supplying the South American country with gasoline and refining components in defiance of U.S. and European sanctions. At least two of five Iranian tankers carrying fuel moored on Monday at a port that serves a major Venezuelan refinery, the oil minister said on Monday (Reuters). … Export markets have collapsed in Mexico, which posted its largest trade deficit on record on Monday (Reuters). … Syrian President Bashar al-Assad is facing rare Russian criticism, an imploding economy and stirrings of new rebellion inside Syria — a combination not seen during nine years of war (The Washington Post).

➔ Medical research: The World Health Organization on Monday suspended its testing of hydroxychloroquine in COVID-19 patients due to safety concerns, even as its trials with other potential treatments continue. Mike Ryan, head of the WHO emergencies program, said the decision to suspend trials of hydroxychloroquine had been taken out of “an abundance of caution” (Reuters). Trump has touted the effectiveness of the anti-malaria drug and told reporters he began taking it this month with the assent of his White House physician as a preventative therapy. Hydroxychloroquine is linked to higher mortality in patients hospitalized with COVID-19, according to a study published by the medical journal, The Lancet.

➔ Crime: The Justice Department is investigating the shooting death in Georgia of Ahmaud Arbery as a possible hate crime, CBS News reported on Monday. Two suspects arrested early this month are white. The family’s attorney said the office of the U.S. attorney for the Southern District of Georgia will also investigate why arrests were made on May 9, two months after the Feb. 23 shooting. … In the United States, cars are parked and unattended during the pandemic, which means vehicle thefts are up, while violent crime is down. Many law enforcement agencies around the country are reporting an increase in stolen cars and vehicle burglaries (The Associated Press). The virus has created a “perfect storm,” explains Austin police Sgt. Chris Vetrano, a supervisor in the 11-detective auto theft unit that investigates stolen vehicle cases. Conditions behind the storm: Drivers are at home and not using or checking their cars regularly; schools are out, so teenagers are trying their luck; and criminals are out of work and have more time on their hands or need fast money to support drug habits.

➔ Roundup litigation: Bayer AG, the German chemical company, made verbal agreements to resolve a large portion of the roughly 125,000 U.S. cancer lawsuits connected to use of its Roundup weedkiller. The potential deals would cover an estimated 50,000 to 85,000 suits and are part of a $10 billion plan to end the legal battle surrounding the weedkiller product, Bloomberg reported. Shares rose on Monday (MarketWatch). 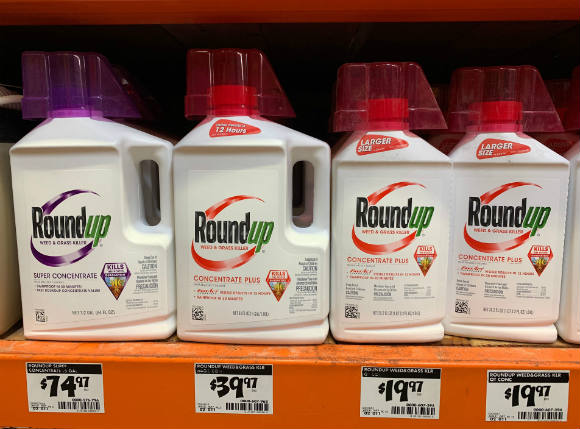 And finally … Plenty of intrepid people greeted the sunrise in Arizona on Monday with a particular vista that catches one’s breath (for some, because of or in spite of the risks).

The Grand Canyon reopened with a limited visitor capacity over the weekend, but not without controversy that the welcome mat may have come out too soon (USA Today).

Meanwhile, jobs at resorts, amusement parks and camps, which immigrants in the past could hold, may be out of reach for them this summer if Trump opts to impose new limitations on immigrants’ access to those and other temporary positions. The administration also is mulling whether to cut visas for skilled immigrant workers in specialty occupations and seasonal workers in landscaping, housekeeping and construction (Politico). 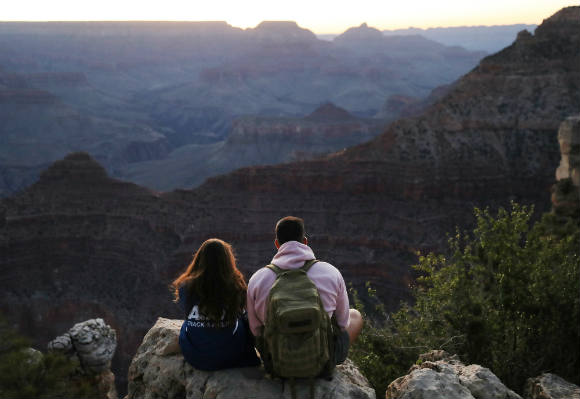 The Hill’s Morning Report — With a spring in his step, Biden heads for vacation

The Hill’s Morning Report — What did FBI find at Mar-a-Lago?