On Jan. 20, the power of the presidency will shift from President Trump to President-elect Joe Biden. It also marks the day that a monumental moving effort will be carried out to prepare the home formerly occupied by the Trump family for the incoming Biden family — a feat that must be accomplished in a span of only a few hours.

“Over the last few decades this has become the standard operating procedure,” Matthew Costello, a senior historian at the White House Historical Association, told The Hill of the tight turnaround. “It is chaotic, but it’s very coordinated.”

The hyper-organized effort is orchestrated by the White House chief usher, a position currently occupied by Timothy Harleth, a Trump appointee and the tenth person to hold the title since the turn of the 20th century.

With this year’s unique factors of the coronavirus pandemic, security threats in the wake of the Jan. 6 riot and Trump’s early departure from Washington, the timeline and traditions typically associated with the moving process will alter.

Leading up to the inauguration

Usually, the moving plans begin as soon as the outgoing president concedes to the newly-elected president.

“These last few months have been the exception to the rule,” Costello said, noting that Trump’s refusal to concede and the election challenges have altered that timeline.

Everything from the incoming first family’s choice of furniture and room layout to minute details including their ideal room temperature, favorite snacks and preferred bath soap are obtained ahead of time by the chief usher, who works with the incoming first lady on readying the home.

The incoming family is often brought out to review the White House’s permanent collection, a small portion of which is kept onsite but is primarily housed offsite in Maryland. There, they are able to select furniture and artwork to utilize in their new residence.

“Most presidents and first ladies rely on that collection quite a bit,” Costello said.

As the inauguration approaches, the president-elect and his family typically relocate to D.C.

For more than 40 years, the president-elect and his family have stayed at Blair House, the president’s guest house located at 1651 Pennsylvania Ave. NW, in the days leading up to the inauguration. Biden is following suit.

Usually, the day begins for the about 90-100 permanent White House residence staffers early as 4 a.m. on Jan. 20. At this time, cosmetic changes or repairs that require extra time begin.

The day’s official scheduling begins around 8:30 a.m., when the staff gathers to wish the incumbent presidential family goodbye.

During the ceremony, staffers typically give the outgoing president a gift: A box constructed from historic White House wood, which contains the flags that flew over the White House on the president’s Inauguration Day and final morning in office — a tradition started by White House Chief Usher Gary Walters, a Reagan appointee who served under four administrations.

Meanwhile, the president-elect and his family traditionally start the morning of Jan. 20 with a prayer at St. John’s Church. This year, Biden, a devout Catholic, has elected to worship at Washington’s Cathedral of St. Matthew the Apostle. He has invited Senate Majority Leader Mitch McConnell (R-Ky.), Senate Minority Leader Charles Schumer (D-N.Y.), Speaker Nancy Pelosi (D-Calif.) and House Minority Leader Kevin McCarthy (R-Calif.) to join him, an invitation they have all reportedly accepted.

Following mass, the incoming president and first lady head to the White House, where the incumbent first family typically welcomes them with a formal tea. This traditional event will not be taking place this year, as Trump will leave Washington Wednesday morning, opting out of any inaugural events. 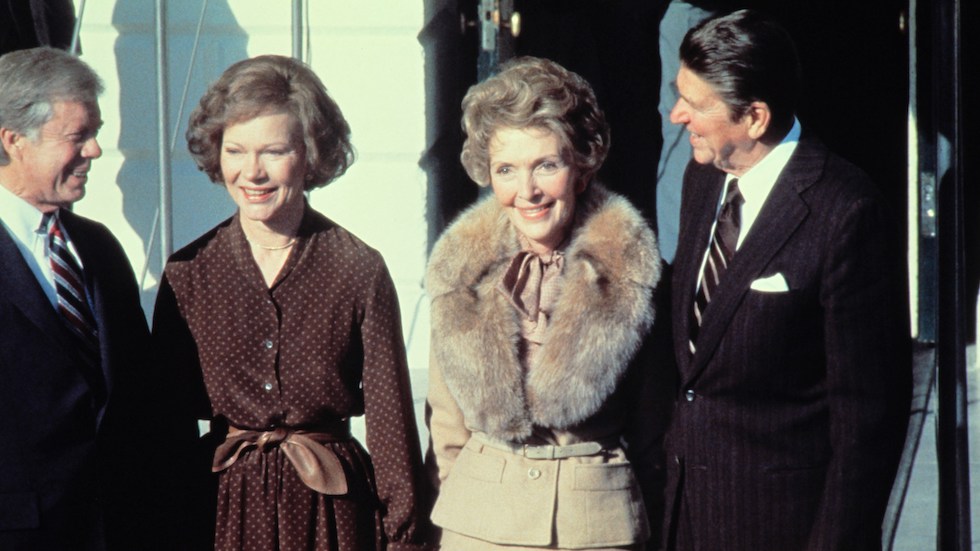 Moving trucks are positioned nearby, as movers wait for the signal to advance onto White House property.

Around 10:30 a.m., both families typically leave the North Portico together and head toward the Capitol. This year, Biden and incoming first lady Jill Biden will travel alone.

At this point, the actual moving process begins.

“When first families leave around 10:30 a.m. or 11 a.m., they have that five-hour period where the staff work furiously,” Costello said.

If the outgoing president received gifts from a foreign dignitary during his term, those items tend to be obtained by the National Archives. If a president is particularly fond of a gift, he is sometimes able to purchase it for the determined market value, Costello explained.

Reports have circulated as of late showing members of the Trump administration carrying various items out of the executive residence ahead of Inauguration Day, including a bust of Abraham Lincoln. Costello notes that these likely were personal items, or pieces belonging to outside museums.

“The chief usher assured us that the protocols are being followed,” he said. 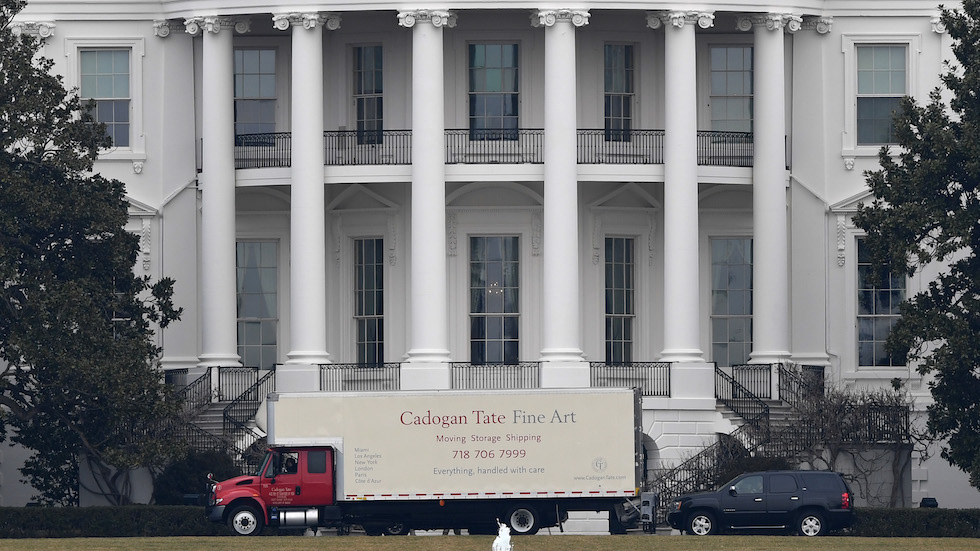 The extent that the White House has been packed up ahead of time varies by administration, however. Costello notes that most outgoing first families have their belongings ready to go by the time the moving trucks arrive.

When the move-out process is complete, the incoming president’s items are moved into the executive residence. The team of outside movers tends to be rather small — usually only a handful of people — as the White House’s permanent residence staff handles the majority of the work.

Due to security issues and the historic nature of many of the items, it’s necessary for insiders to be the ones to bring furnishings into and out of the White House.

“They know the house the best,” Costello noted. “And they’ve all been approved with the proper security clearances.”

In between the move-in, move-out process, minor repairs are done, from small paint touch-ups to mechanical fixes. A thorough cleaning process is also carried out.

Rooms are re-arranged according to the incoming first family’s preference: everything from wall colors to room layouts. If a president and first lady want a room changed into a private study or gym, those changes are implemented at this time.

The Oval Office is one area of the residence given particular attention.

“The president basically wants to be able to use their workspace on Jan. 20, so it needs to be suitable to their preferences,” Costello said.

Typically, the majority of the changes are made to the White House’s private residence.

“Presidents and first ladies have generally left the State Floor alone since it is the public floor, and those spaces have stayed fairly consistent since the Kennedy administration,” Costello explained.

Typically, the entire process is carried out in a matter of fewer than five hours, with multiple teams in place to handle every specific aspect of the coordinated effort.

Following the swearing-in ceremony and congressional luncheon, the new first family returns to the White House, usually between 3 p.m. and 5:30 p.m. By that time, the move must be fully complete.

The first family is welcomed into their new home by staff and shown upstairs to their living corridors.

The family then moves to the residence’s viewing platform, from which they take in the inaugural parade with their guests.

Following the parade, the first family returns inside to begin preparing for that evening’s inaugural ball, Costello explained. 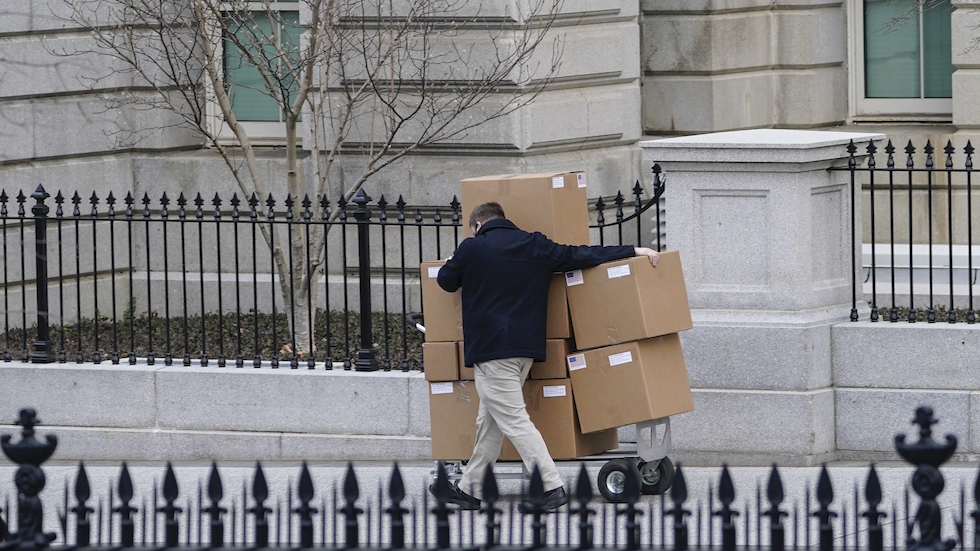 What’s going to be unique to the Trump-Biden transition

With the coronavirus pandemic, additional threats of inaugural violence and Trump’s absence, this year’s process brings about its own unique set of challenges that could shift the moving timeline up or down.

“This is going to look unlike any inauguration we’ve ever seen before,” Costello said.

The main factor is that Trump will not be in attendance for any inaugural events.

Since 1869, every sitting president has attended his successor’s swearing-in ceremony, according to Costello. This means the Trump and Biden families will not participate in some classic traditions, including having a welcome tea or traveling together to the Capitol.

“It’s a very visual, symbolic display of the transfer of power,” Costello said. “To not have that is one of the big things that will be different this year.” 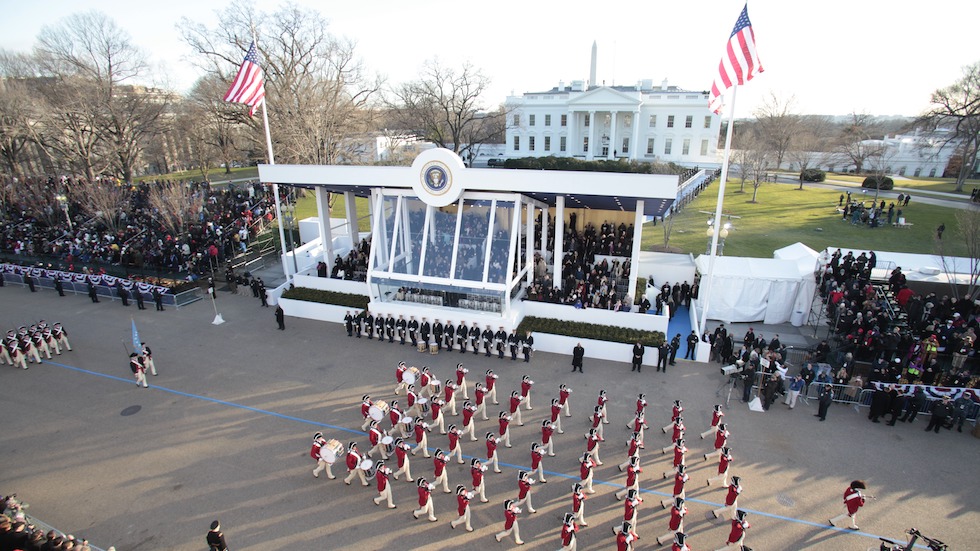 Vice President Pence is expected to attend the swearing-in ceremony instead, and it’s been reported that Harleth will set a new precedent by being the one to greet the Bidens on the North Portico steps Wednesday morning and welcome them to their new home.

Additionally, the need to social distance, as well for extra-attentive sanitation efforts, could alter the moving day process.

“My guess is this year there will additional disinfectant procedures done,” Costello said. “And people will try to adhere as much as possible to social distancing guidelines.”

In a statement to The Hill, White House spokesperson Judd Deere said, “All First Family spaces are cleaned and sanitized at all times, including on January 20th.” He declined to go into further detail over the efforts due to security and privacy concerns.

There will also be fewer events surrounding the inauguration than usual due to the coronavirus pandemic — the inaugural parade will be virtual, and the inaugural ball will not take place.