TikTok users have been warning others to be careful on Saturday after videos declaring the day “National Rape Day” circulated on the platform.

The theory posits that a group of men were caught on video encouraging others to follow their lead and engage in sexual assaults on the designated day, according to USA Today. However, TikTok told USA Today it could not find evidence of an original video behind the trend.

Talk of the video went viral on TikTok, causing panic among users who urged others to stay home on Saturday and avoid risking their personal safety.

The warnings spread across other social media platforms as well, such as Facebook, where many posts were flagged as false information. 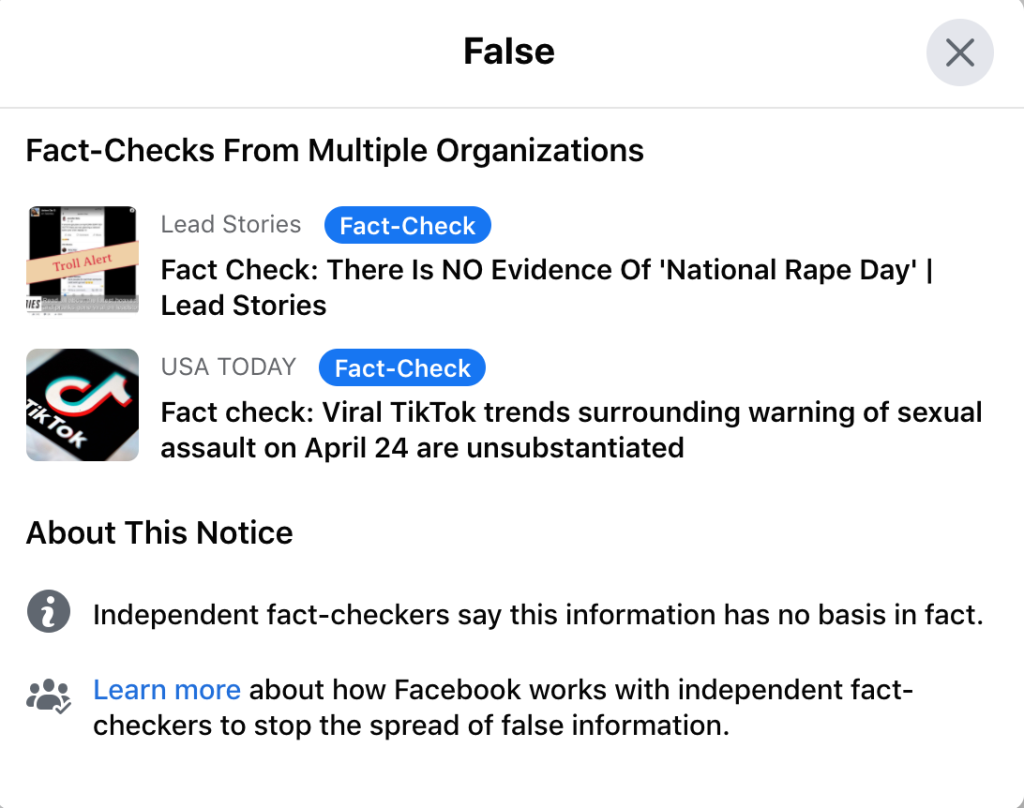 TikTok is also working to dispel rumors of “National Rape Day,” reporting none of the threats have been deemed credible.

“The supposed ‘National Rape Day’ trend being reported upon is abhorrent and would be a direct violation of our Community Guidelines, and while we haven’t seen evidence of this trending on our platform, our safety team remains vigilant and would remove any such content,” a TikTok spokesperson told The Hill.

Snopes, a site known for evaluating the accuracy of trends and claims, has also declared “National Rape Day” a hoax.

“This ‘joke’ or ‘prank’ or ‘hoax’ campaign has been around for several years,” the site’s disclaimer reads.

Five progressives who could be the next Sanders or Warren

Five progressives who could be the next Sanders or Warren

President caught on hot mic: ‘No one f—- with a Biden’