A Republican state lawmaker from Minnesota compared the March For Our Lives organizers to Hitler Youth in a series of now-deleted Facebook posts.

Rep. Mary Franson made three posts on the “Representative Mary Franson” Facebook page on Saturday, the same day that more than a million people marched nationwide to call for gun control.

The page has since been deleted, but Minneapolis’s City Pages shared screenshots of the posts taken by the Douglas County Democratic-Farmer-Labor (DFL) Party.

Franson first shared another user’s post criticizing Florida shooting survivor David Hogg and referring to him as “Supreme Leader Hogg,” adding a raised-eyebrow emoji and the comment, “He’s the leader of the movement though.” 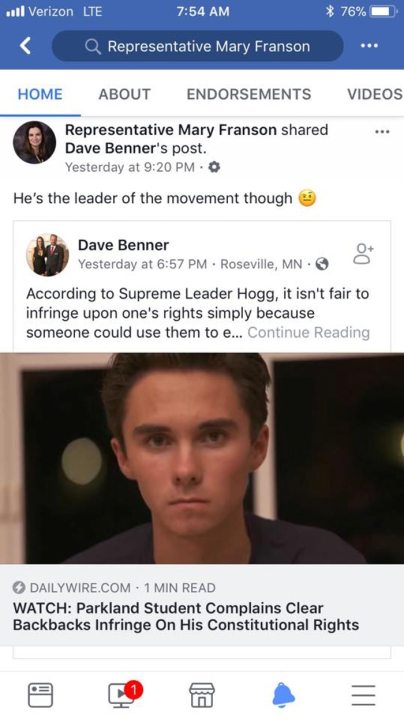 Shortly afterward, she posted again, criticizing the students over their calls for gun control.

“And there you have it friends,” she wrote. “The anti gunners, the high school students who speak for all, aren’t interested in an ‘inch.’ They want the mile. They want your guns. Gone.” 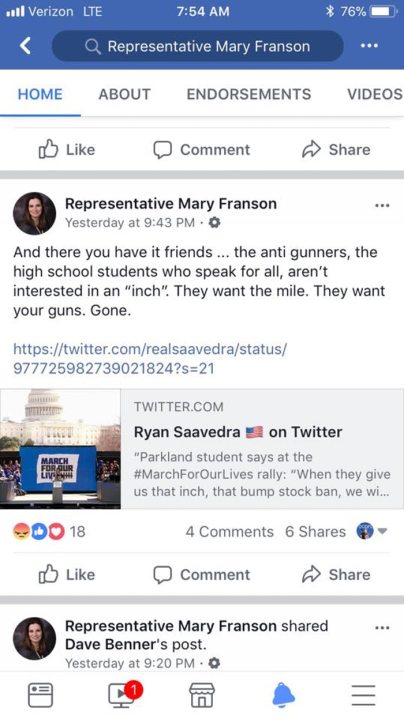 In a third post, Franson shares a photo of Hitler Youth wearing swastikas, and posted an Adolf Hilter quote.

Though she does not specifically reference the March For Our Lives in the post about Hitler Youth, the Douglas County DFL drew the connection to the other two posts when sharing them with activists.

The Hill has reached out to Franson for comment.