WARDENSVILLE, W.Va. — When Paul Yandura opened a cafe and antique shop with his husband almost 10 years ago, he waffled on how to attract customers before simply writing “Best Coffee” on a chalkboard and plopping it down in front of their new business on Main Street.

A short while later, the Lost River Trading Post’s first customer walked in saying, “I’ve got to try the best coffee.”

It was the first indication that residents in this town of fewer than 300 in deep red West Virginia were willing to take a chance on a pair of outsiders who walked away from careers in Democratic politics about 100 miles east in Washington, D.C., to open up a small business in the foothills of the Appalachian Mountains.

Nearly a decade later, the coffee sign is now affixed to the exterior of a store that has become a popular destination for tourists as well as remote workers who are helping revitalize a town that could otherwise be a pass-through. 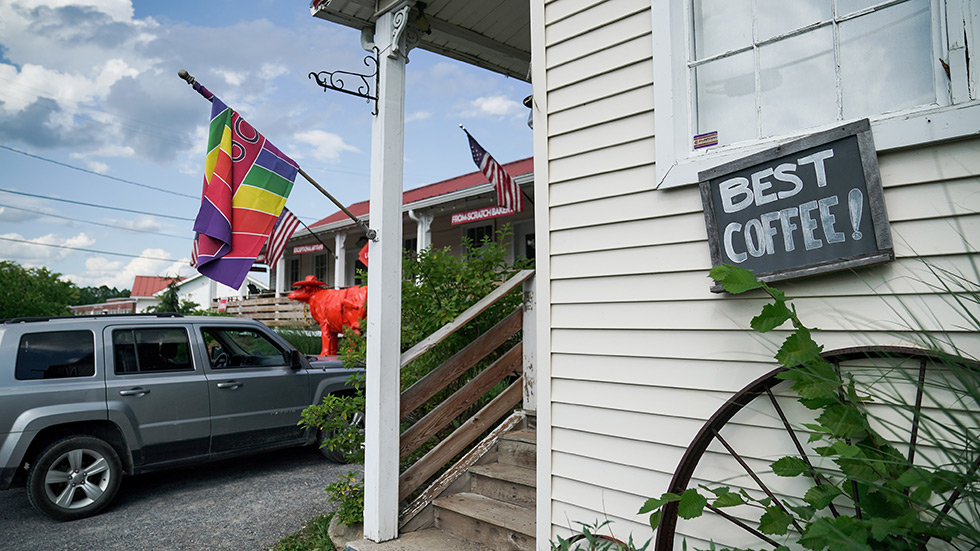 It’s a trend seen in other parts of the country as city dwellers who are able to work remotely, and have the financial means, have turned to rural areas for extra space during the pandemic. West Virginia was one of several states that looked to attract such residents by rewriting its state income tax code to benefit remote workers, in addition to offering state park passes and even cash to entice more people to move.

Wardensville, which is adjacent to the George Washington and Jefferson National Forests, serves as a gateway of sorts to the town of Lost River, just 20 minutes and several steep inclines deeper into West Virginia. The area has long been a draw for state residents during hunting season, but since the 1980s it has also attracted out-of-town LGBT vacationers.

Over the past 18 months, COVID-19 accelerated a steady trend of weekenders buying property where they could work remotely during the pandemic.

“I think a lot of people now are feeling what we did nine years ago,” Yandura said, counting himself among the many former D.C.-area residents who initially visited for a weekend but left with a determination to relocate. “We felt like we were decompressing for the first time ever.”

As idyllic as the landscape is, the area at first glance may not seem like an obvious draw for left-leaning city dwellers. Amid the blue-tinted mountains dotted with farms are a collection of Trump flags and churches with signs like “Thank you God for America.”

But those who have bought a permanent or second home here say many of the state’s residents embody a “live and let live” philosophy.

“In the ’80s and ’90s when it was much, much harder for LGBTQ folks to find places where they were comfortable, word spread by mouth that here in these hills of West Virginia there were folks who were comfortable and were finding kind of friendship and community in these wide open spaces,” said Jesse Halpern-Robinson, who runs the Guesthouse at Lost River with his husband Gary Halpern-Robinson. 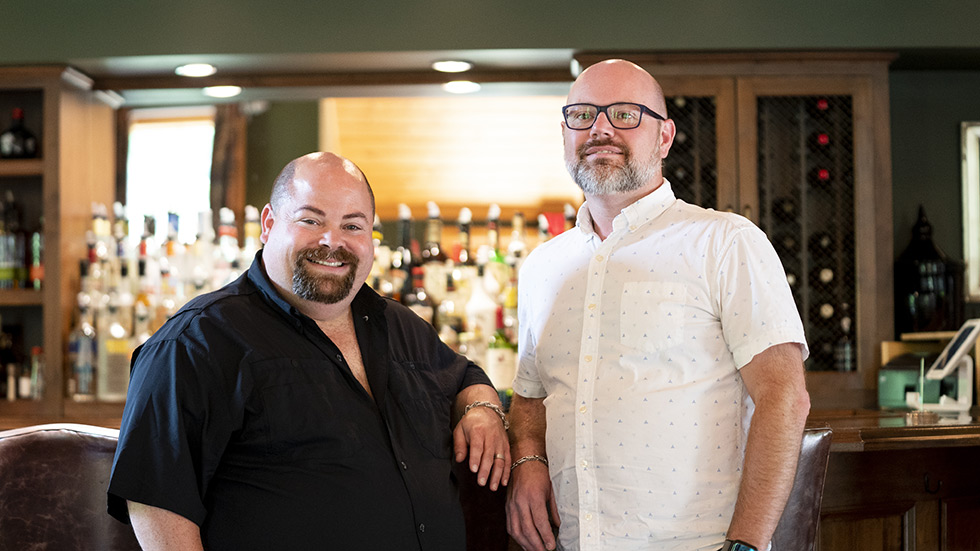 Like Yandura and his husband, Don Hitchcock, the Halpern-Robinsons also settled in the area after spending time there on the weekends, with Gary Halpern-Robinson giving up his federal job to help run the hotel.

While their hotel serves as a getaway, its weekend-only restaurant has solidified itself as a meeting place for transplants and newcomers alike.

Yandura and Hitchcock have also sought to balance a business of catering to locals, newcomers and travelers.

The Lost River Trading Post is filled with taxidermy and antiques alongside quirky art and craft beer from West Virginia and other nearby states — an inventory store manager Kelsey Kneeland-Gray describes as, “We don’t sell anything that you need; we only sell things that you want.

In the years since opening, Yandura and Hitchcock have expanded to include a real estate company and a youth-driven nonprofit farm selling veggies and baked goods, with a restaurant and glass-blowing studio in the works. Between the store and the nonprofit, the two now have more than 70 employees.

It’s momentum that has drawn other businesses to Wardensville.

Marlene England and her husband, Tom England, credited the Trading Post as a factor in their decision to open Word Play, a book and toy store, last year after opening similar stores in Frederick, Md. 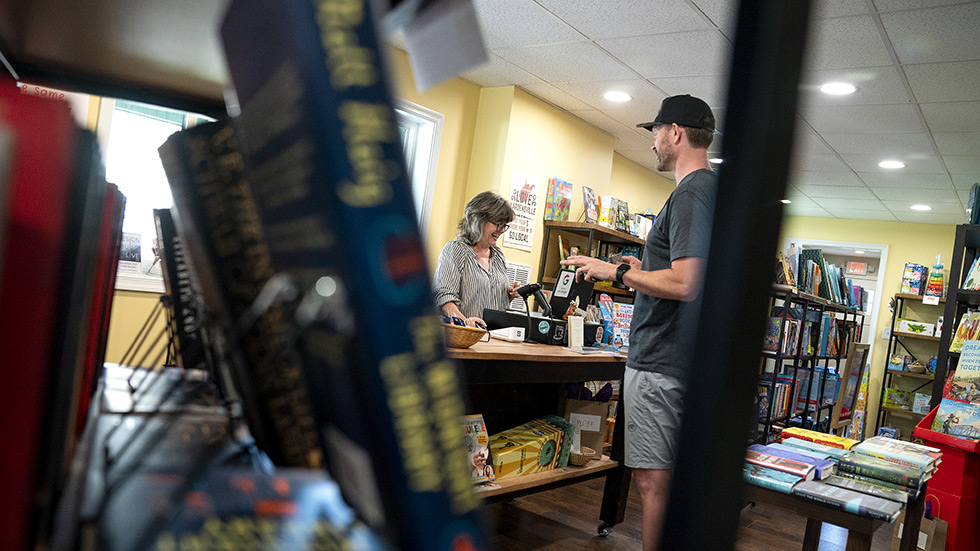 Some of their best sellers have been books about Appalachia or books written by West Virginia authors — a sign she says of people excited about a growing town while showing an interest in preserving its way of life.

“I think it’s just a matter of getting to know folks and figuring out what that balance is,” Marlene said of the town’s development. “Because you certainly don’t want Wardensville to become something that takes away the reason people wanted to move here in the first place.”

Mayor Betsy Orndoff-Sayers, who owns a restaurant named Star Mercantile, said some in town have been resistant to change — including painting the back of a baseball dugout that faces visitors as they drive in, a sort of welcome to Wardensville postcard with flowers in the shape of a butterfly.

But she sees a burgeoning Main Street as necessary to bolster the town as the state moves ahead with plans for a highway bypass that will shift traffic away from Wardensville, giving it just a few more years to establish itself as a worthy off-ramp destination. 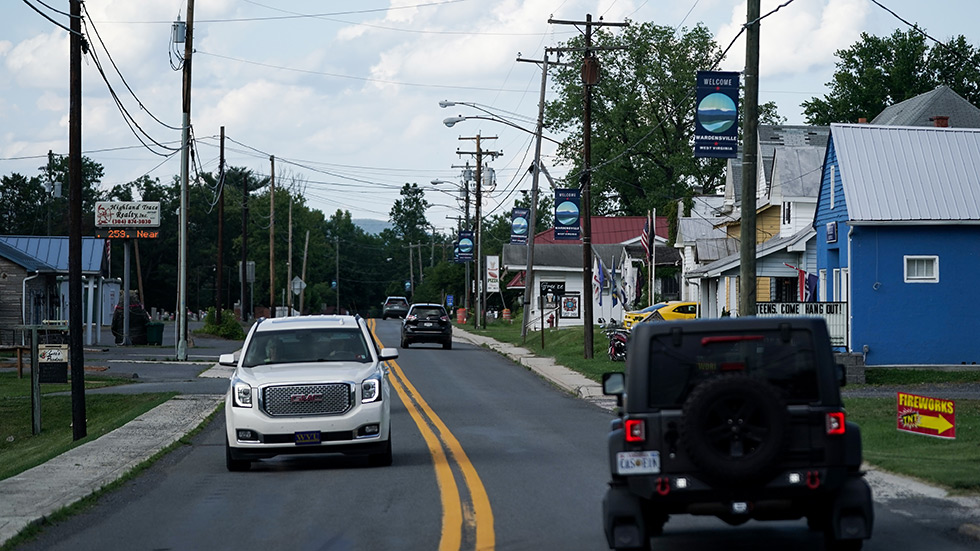 “The fear for the road is if you go to, I would say, most West Virginia towns that you have a highway that spun around the town or bypassing the town, the town loses revenue or businesses die off,” she said. “If you drive around the state, I think that will kind of bear witness.”

Justin “Twinkie” Tharp, whose family has lived in Wardensville for four generations, said while some locals grumble, the influx of newcomers has been great for both his construction business and the town overall.

“Some like it and some don’t, but I like that the businesses are bringing in revenue,” he said.

Besides, he said, “The great part of the Trading Post is they’ve got a hell of a selection of beer.”

Calls grow to investigate DeSantis over misinformation given to migrants