New Hampshire Republicans who won control of the state legislature in the 2020 elections are debating the most significant and consequential revision to the Granite State’s congressional district maps in nearly 150 years.

The state House of Representatives began hearing testimony this week on a proposed revision to New Hampshire’s twin congressional districts that would give the GOP a much stronger chance to win one seat, after voters in recent elections have sent two Democrats to the U.S. House. 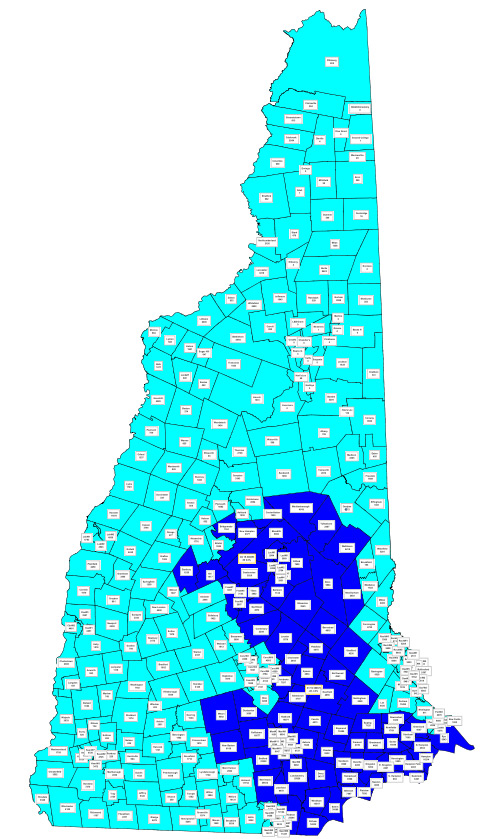 It is a move that Democrats and anti-gerrymandering organizations oppose — but one they have little power to stop, after Republicans won total control of state government in the 2020 elections.

The boundaries between New Hampshire’s two congressional districts have changed little over the last century — in fact, for 80 years, until the U.S. Supreme Court ruled in the 1960s that districts had to have roughly equal populations, the district lines did not change at all.

But even after that ruling, the general outlines of the two seats have remained virtually identical: The 1st district, along the state’s eastern border with Maine, includes Manchester, the state’s largest city, extending north to Conway. The 2nd district takes in the western section of the state, anchored in Nashua and Concord and running north along the border with Vermont to the White Mountains and the Canadian border.

Reps. Chris Pappas (D) and Ann McLane Koster (D) won reelection in 2020, when President Biden carried both districts with 52 percent and 53 percent of the vote, respectively.

This year, after New Hampshire Republicans won back control of the state legislature, the GOP has considered a more significant change to the current boundaries. Proposed maps released earlier this week would bring some conservative towns north of Concord into the 1st district, while moving Conway, Rochester and Portsmouth into the 2nd district.

The result is a map that is far less competitive, one that would virtually guarantee Kuster a decade of easy reelection bids — and one that would endanger Pappas by putting him into a district that backed Trump by a 50 percent to 48 percent margin.

“The committee is committed to adopting fair maps that will represent the people of New Hampshire over the next ten years, and we’re on the right track,” said state Rep. Barbara Griffin (R), who heads the House Redistricting Committee.

State Democrats proposed a map that would make only cosmetic changes, to bring the two districts in line with equal population requirements.

Under the Democratic proposals, the new districts would have performed almost identically in the 2020 election, giving Biden wins of 53 percent and 52 percent. 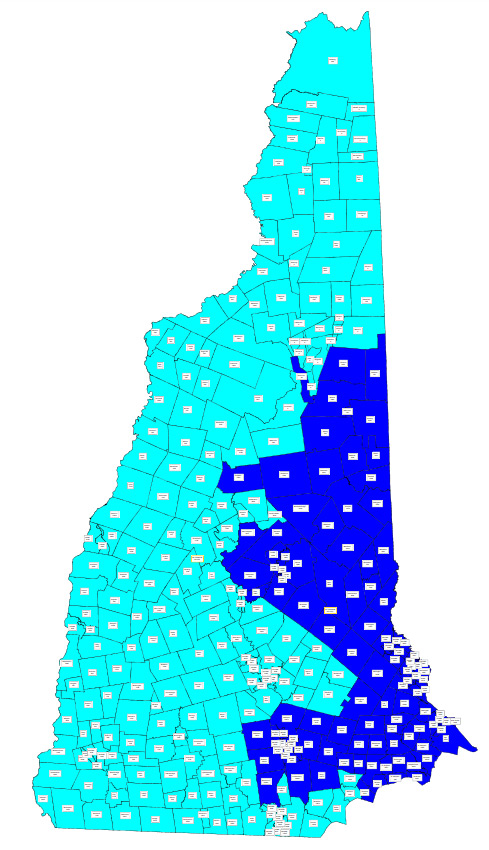 “Republicans are making it crystal clear that they fully intend to draw maps that prioritize their power and ignore the will of Granite State voters,” state Democratic Party chairman Ray Buckley said in a statement. “Instead of working behind closed doors to manipulate our maps for their own corrupt political purposes, Republicans should focus instead on protecting and preserving our democracy.”

The state House will take public testimony on the new maps beginning next week. They face a November 18 deadline to finalize their proposal before it goes to the state Senate.

Groups that say they favor fair maps objected to the Republican proposal, which they say would limit competition in future elections.

“Make no mistake: This map is a blatant gerrymander,” Devon Chaffee, the executive director of New Hampshire’s branch of the American Civil Liberties Union, said in a statement. “The people of New Hampshire should choose their elected officials, not the other way around. Every Granite State voice should be heard and valued equally when they cast their ballot. This map aims to prevent that.”

New Hampshire is narrowly divided between partisans. Though it has voted for every Democratic presidential candidate since 2004, there are almost as many registered Republicans, 267,526, as registered Democrats, 277,720; voters who do not align with a party, 324,802, outnumber them both.

Gov. Chris Sununu (R) has held the state’s top job since 2016; four of the five members of the state’s Executive Council, a relic of colonial-era government that persists in New Hampshire, are Republicans. Republicans hold 14 of 24 seats in the state Senate and 205 of 400 seats in the state House, the only two legislative chambers in America that flipped from Democratic to Republican control in the 2020 elections.

But in a fraught political environment, and during the inherently political redistricting process, everyone has their own definition of what constitutes a fair map.

“A fair district is one that meets the constitutional requirements that we have established, and I think beyond that it will be impossible to define with unanimity what a fair district would be,” Griffin said.

Redistricting processes in other states have been opportunities through the decades to discriminate against racial and ethnic minorities, packing or cracking those populations to deny them representation. In New Hampshire, the discriminatory intent targeted Catholic voters — mapmakers in the 1880s intentionally split Manchester and Nashua to deny Catholics the ability to elect one of their own to Congress.

Anti-Catholic bias is less of a concern today — the last Republican to hold Pappas’s seat, former Rep. Frank Guinta (R), is Roman Catholic — but Manchester and Nashua remain divided. Neither the Republican nor the Democratic proposals unite the two cities, which combine to make up about one-seventh of the state’s population.

“Having been a transplant to this state some 30-plus years ago, close to 40, Manchester and Nashua do not particularly view themselves as the same community,” Griffin said. “When you have a state with the population that we do of 1.3 million and you’re only talking about two districts, when you start putting the highest-population city in one district, balancing becomes a factor.”