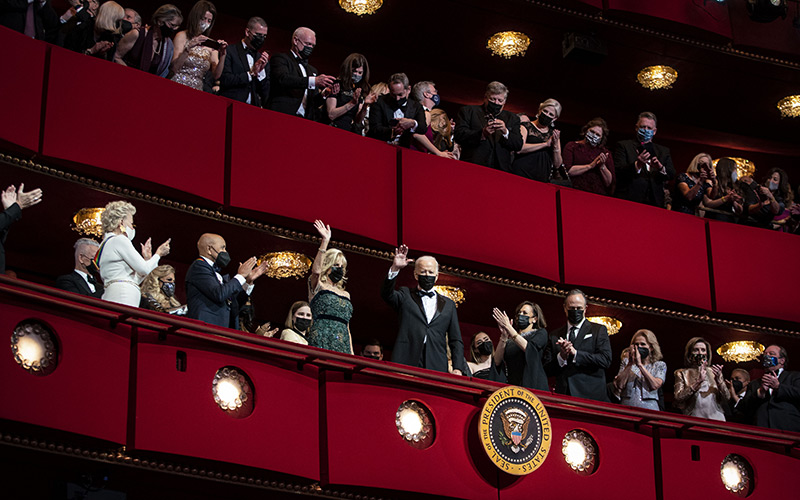 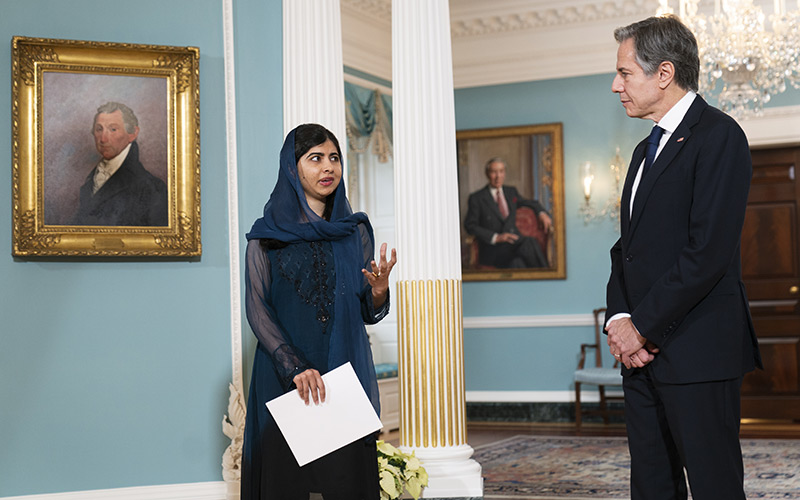 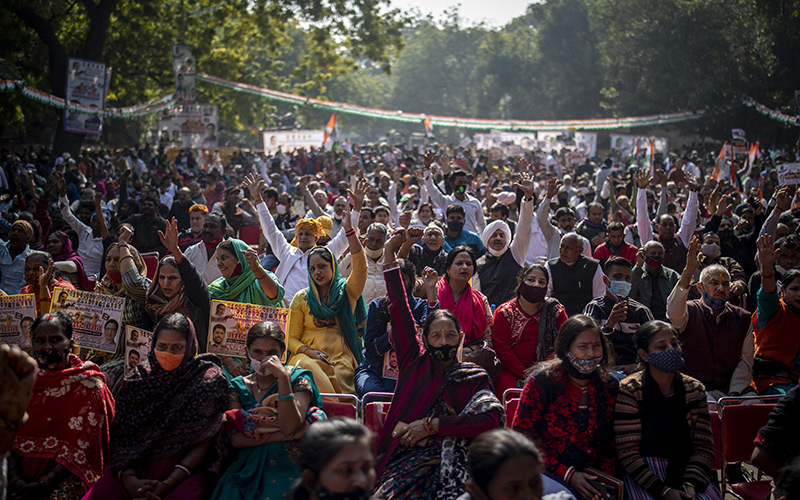 Opposition Congress party supporters shout slogans during a protest against rising inflation at Jantar Mantar, an area near the Indian Parliament where citizens from across the country assemble for demonstrations, in New Delhi, India, on Dec. 7. Associated Press/Altaf Qadri 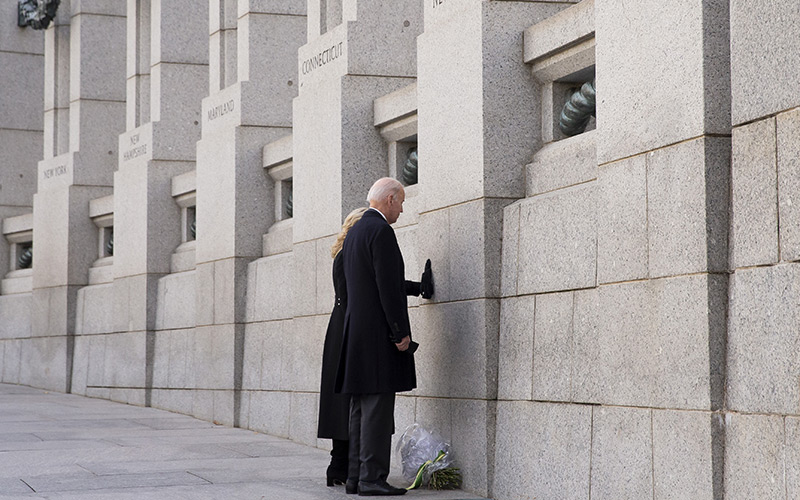 President Biden and first lady Jill Biden pay their respects while visiting the World War II Memorial on the 80th anniversary of the attack on Pearl Harbor on Dec. 7. Michael Reynolds/UPI Photo 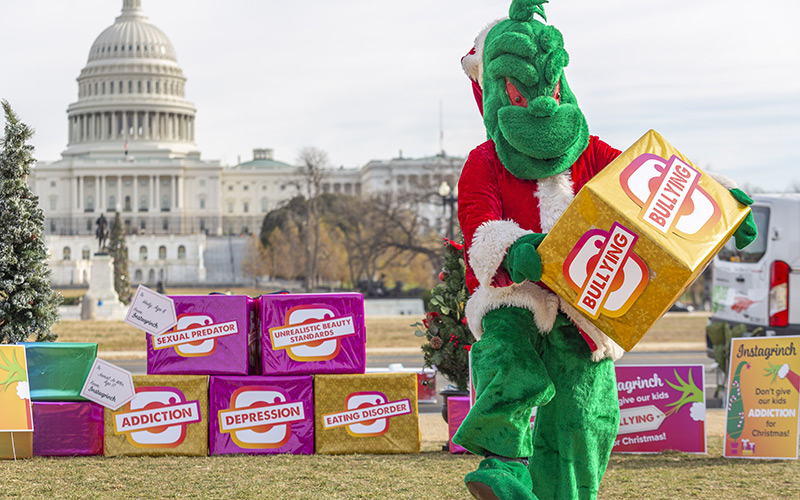 ParentsTogether hold a photo op with an ‘Instagrinch’ near the Capitol on Dec. 7 prior to Instagram CEO Adam Mosseri testifying before the Senate Commerce subcommittee on consumer protection. Eric Kayne/AP Images for ParentsTogether 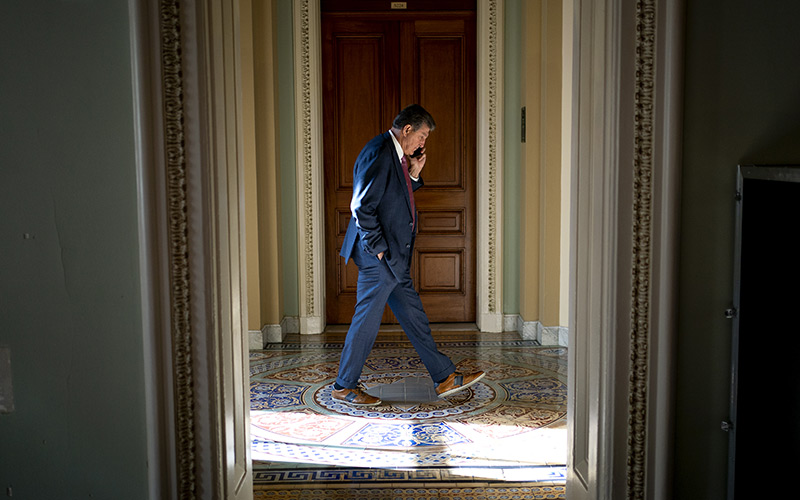 Sen. Joe Manchin (D-W.Va.) is seen on the phone prior to the weekly Senate Democratic policy luncheon on Dec. 7. Greg Nash 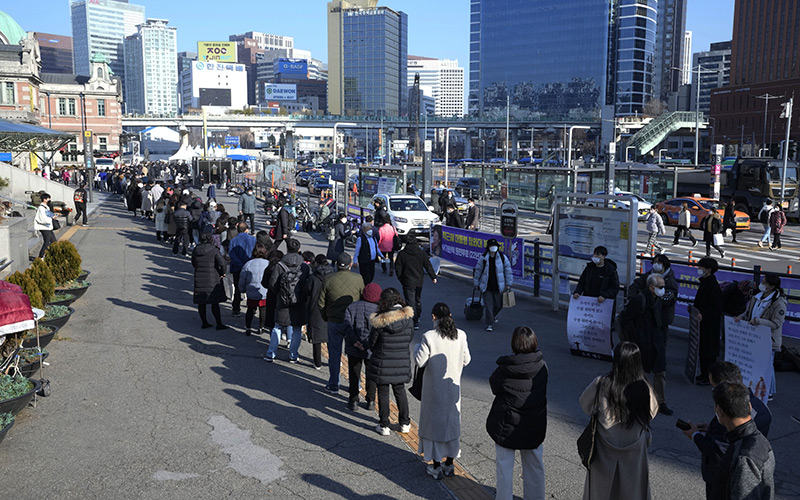 People queue in line to wait for the coronavirus testing at a makeshift testing site in Seoul, South Korea, on Dec. 8. New coronavirus infections in South Korea exceeded 7,000 for the first time since the start of the pandemic on Wednesday. Hours-long lines snaked around testing stations in the capital amid a worsening virus crisis. Associated Press/Ahn Young-joon 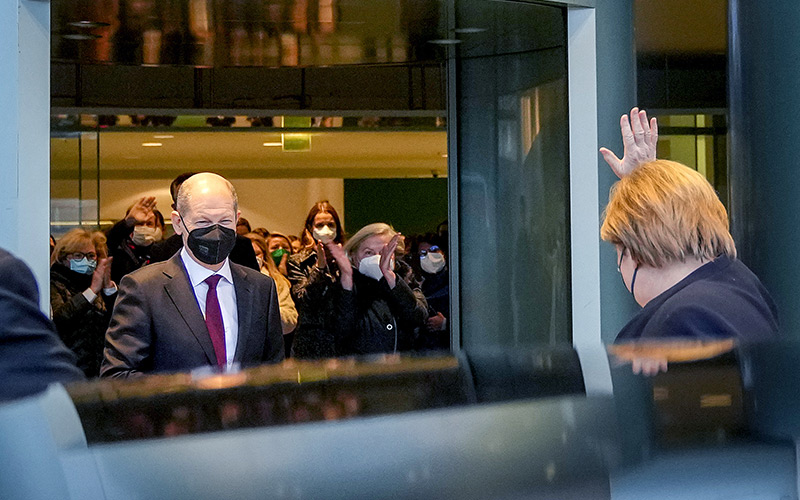 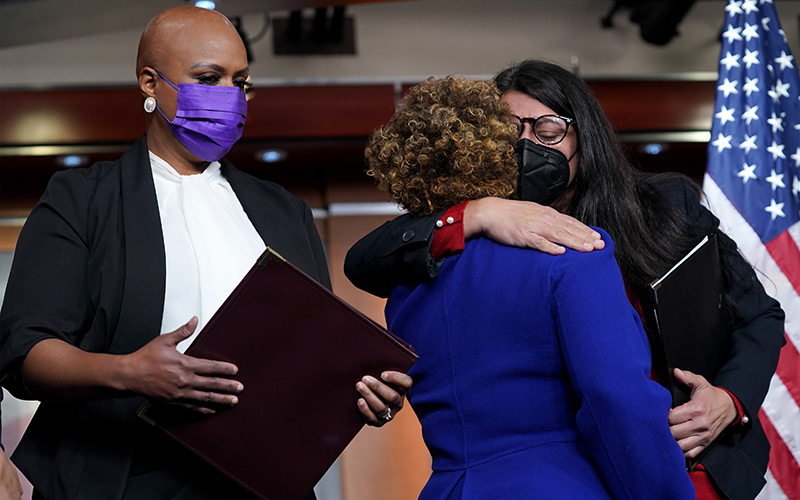 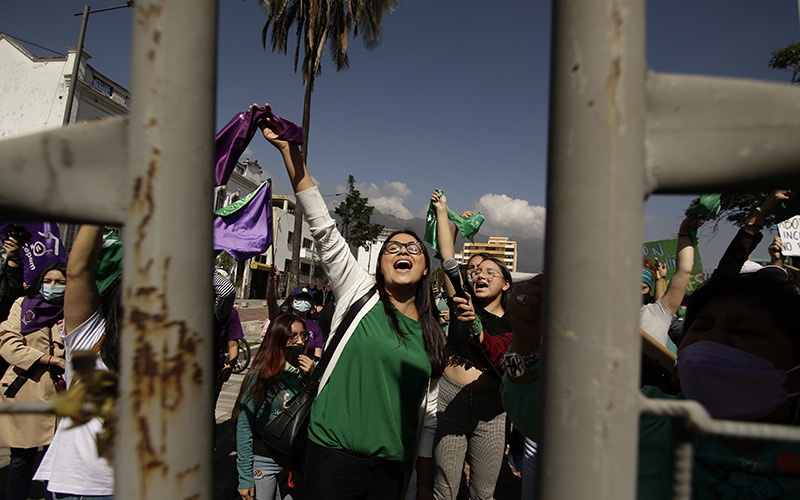 Abortion rights activists protest outside the National Assembly in Quito, Ecuador, on Dec. 9. Lawmakers began debating a proposed bill to guarantee the right to abortion in cases of rape. Associated Press/Carlos Noriega 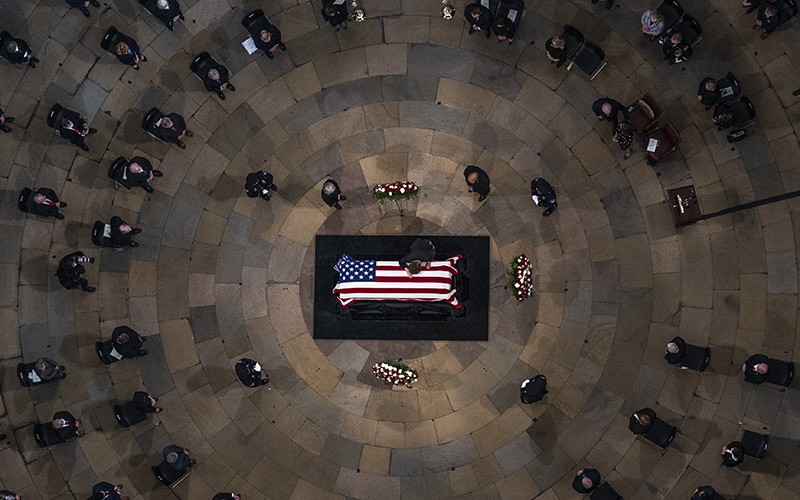 Elizabeth Dole kneels at the casket of her husband, former Sen. Bob Dole (R-Kan.), as he lies in state at the Capitol Rotunda on Dec. 9. Associated Press/Andrew Harnik 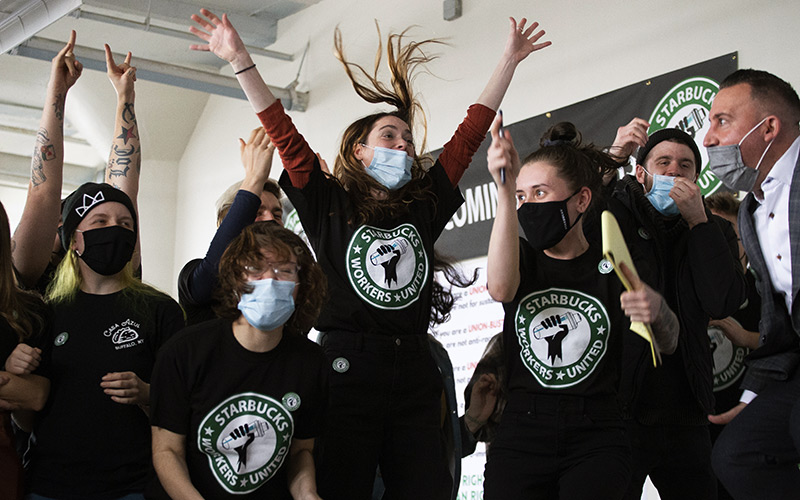 Starbucks employees and supporters react as votes are read during a viewing of their union election on Dec. 9 in Buffalo, N.Y. Starbucks workers have voted to unionize over the company’s objections, pointing the way to a new labor model for the 50-year-old coffee giant. Associated Press/Joshua Bessex 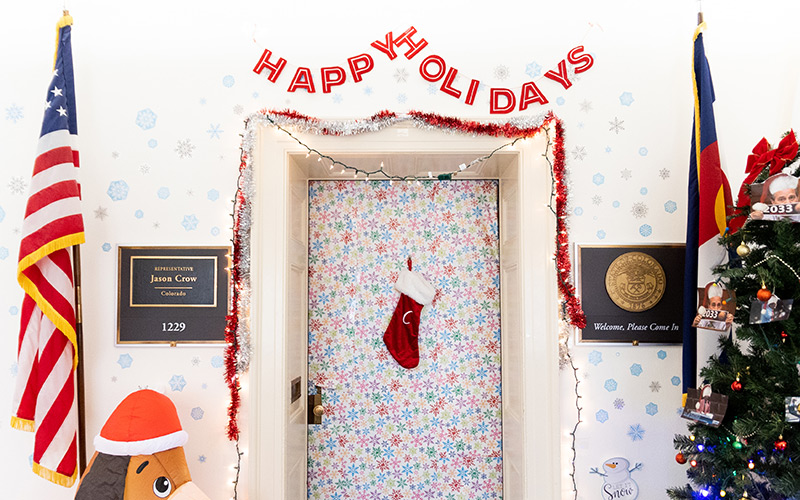 Holiday decorations outside of Rep. Jason Crow’s (D-Colo.) office of Longworth House Office Building are seen on Dec. 9. Rep. Ed Perlmutter (D-Colo.) has spurred on his office neighbors to decorate for the holidays. Julia Nikhinson 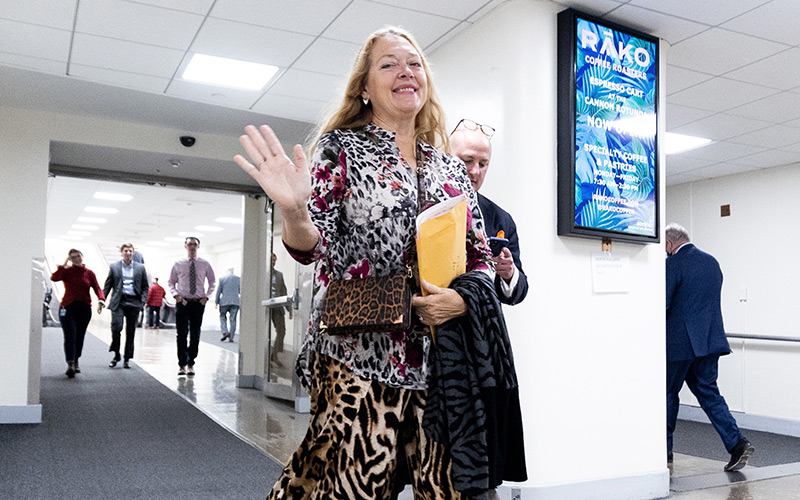 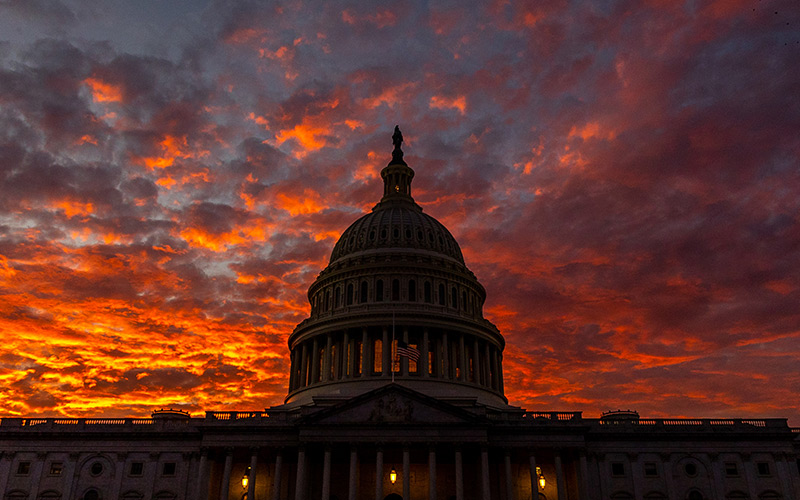 The sun sets behind the U.S. Capitol on Dec. 9. Julia Nikhinson 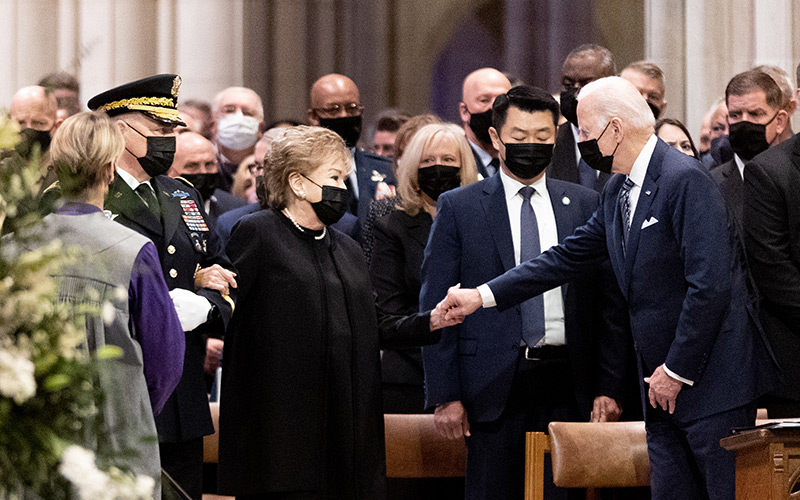