Photos of the Week: MLK memorial, voting rights and a cockapoo 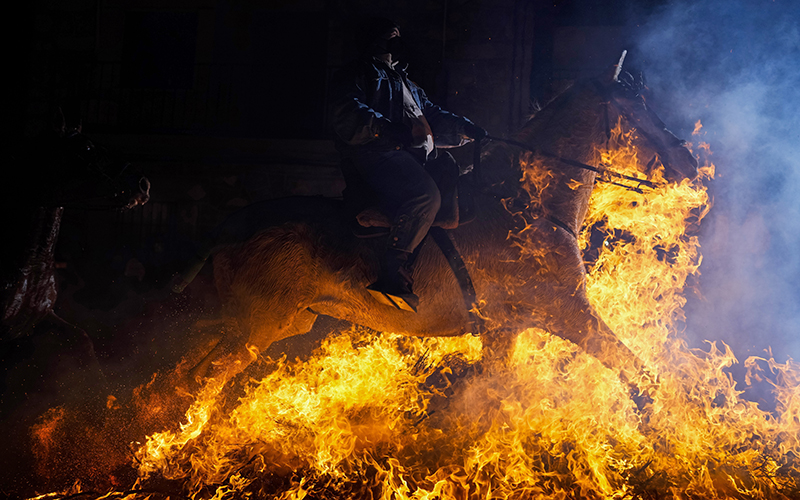 A man rides a horse through a bonfire as part of a ritual in honor of Saint Anthony the Abbot, the patron saint of domestic animals, in San Bartolome de Pinares, Spain, on Jan. 16. On the eve of Saint Anthony’s Day, dozens ride their horses through the narrow cobblestone streets of the small village of San Bartolome during the “Luminarias,” a tradition that dates back 500 years and is meant to purify the animals with the smoke of the bonfires and protect them for the year to come. Associated Press/Manu Fernandez 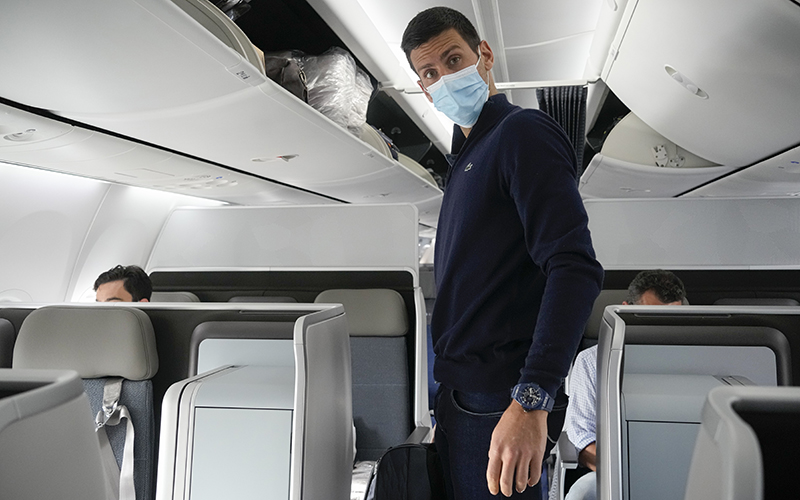 Novak Djokovic in Dubai prepares to take his seat on a plane to Belgrade on Jan. 17. Djokovic was deported from Australia on Sunday after losing a bid to stay in the country to defend his Australian Open title despite not being vaccinated against COVID-19. Associated Press/Darko Bandic 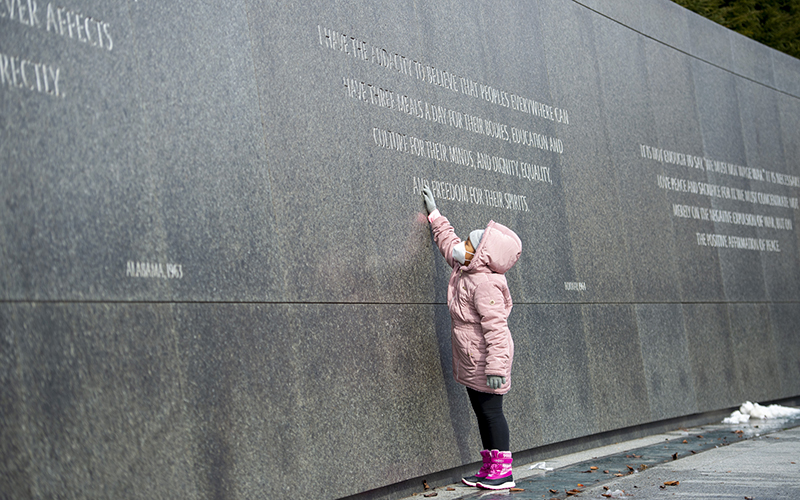 A girl touches a quote from Martin Luther King Jr. at his memorial in Washington, D.C., on Jan. 17. Bonnie Cash/UPI Photo 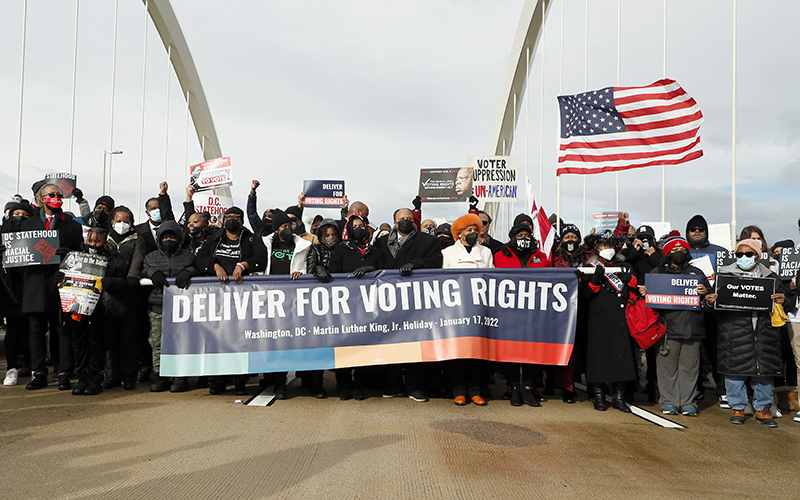 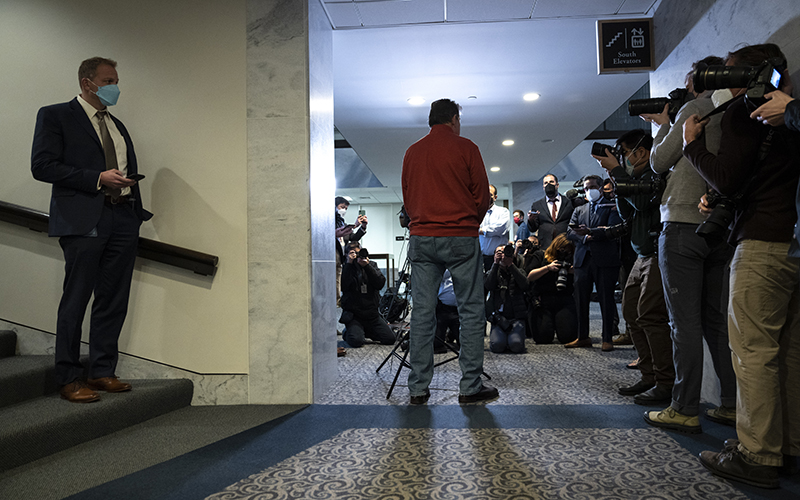 Sen. Joe Manchin (D-W.Va.) speaks to reporters on Jan. 18 before a caucus meeting with fellow Senate Democrats, with whom he is still in disagreement over the Build Back Better legislation and eradicating the legislative filibuster. Drew Angerer/Getty Images

Timed exposure of a SpaceX Falcon 9 rocket as it launches another 49 of its Starlink satellites at 9:02 p.m. from Complex 39A at the Kennedy Space Center, in Cape Canaveral, Fla., on Jan. 18. This is the third launch of a Falcon rocket in 2022, with two more launches scheduled this month. Joe Marino/UPI Photo 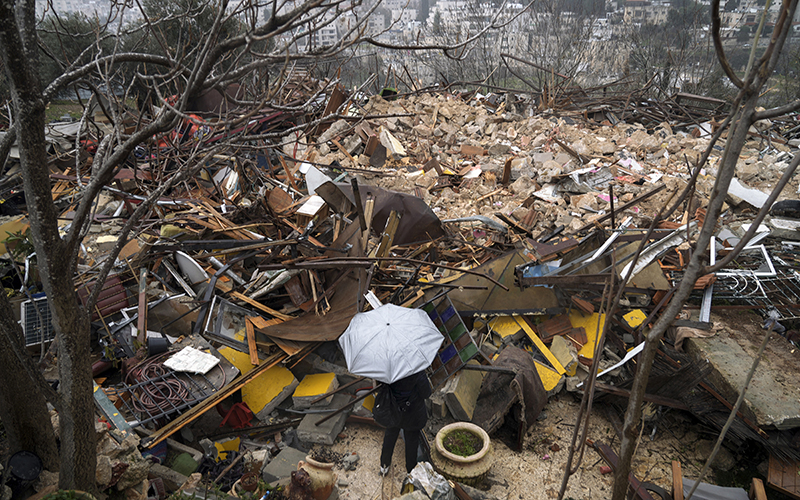 A woman looks at the ruins of a Palestinian house demolished by the Jerusalem municipality in the flashpoint east Jerusalem neighborhood of Sheikh Jarrah on Jan. 19. Israeli police on Wednesday evicted Palestinian residents from the disputed property and demolished the building, days after a tense standoff. Associated Press/Mahmoud Illean 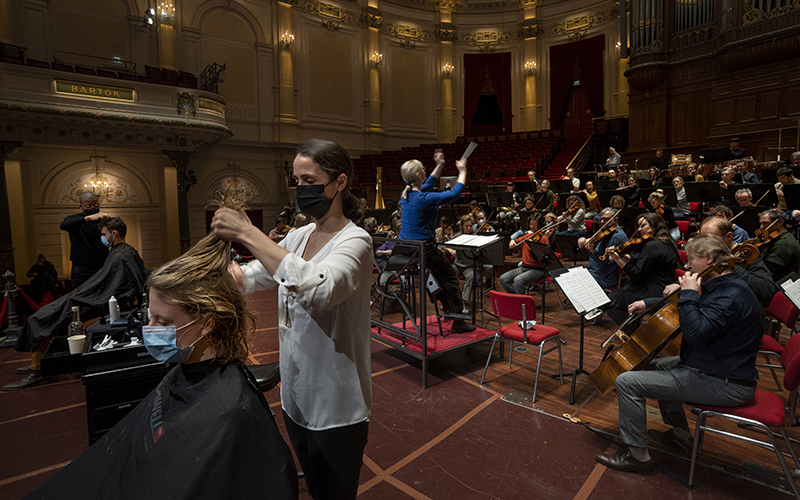 People get a haircut during a rehearsal at the Concertgebouw in Amsterdam on Jan. 19 as Dutch museums, theaters and concert halls played host to businesses that are allowed to open to customers as a protest against their own continuing lockdown closure. Associated Press/Peter Dejong 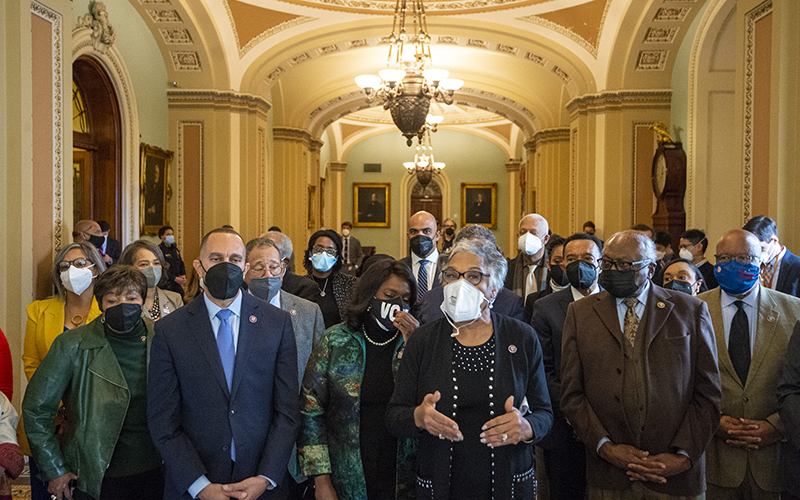 Rep. Joyce Beatty (D-Ohio) and other members of the Congressional Black Caucus speak to reporters outside the Senate chamber to show their support of the Freedom to Vote: John R. Lewis Act prior to its vote in the Senate on Jan. 19. Bonnie Cash/UPI Photo 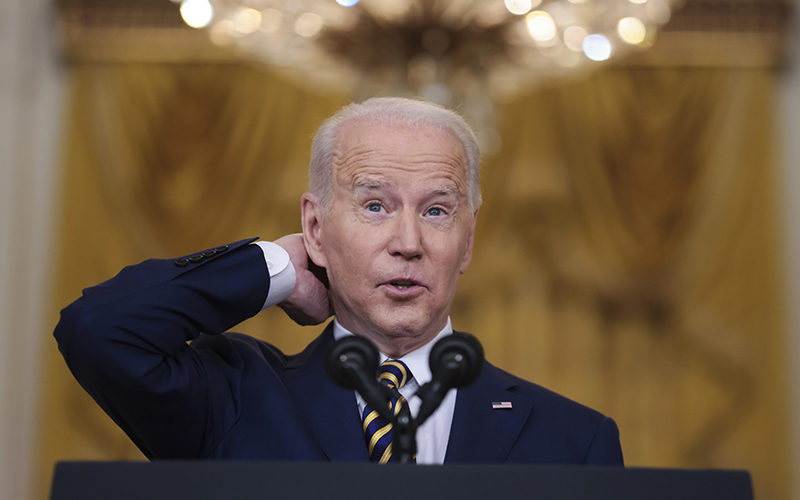 President Biden holds a formal press conference in the East Room of the White House on Jan. 19. Oliver Contreras/UPI Photo 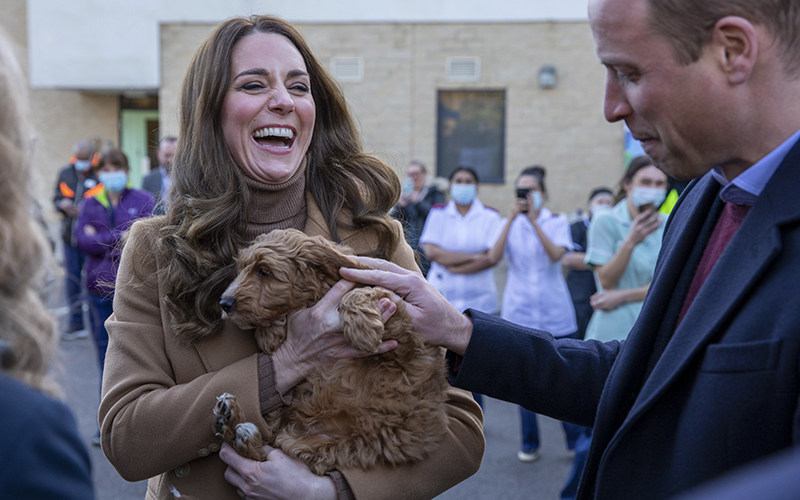 Britain’s Prince William and Kate, Duchess of Cambridge, meet a new “therapy puppy” Alfie, an apricot cockapoo, during a visit to the Clitheroe Community Hospital, in Lancashire, England, on Jan. 20 to learn about the challenges faced by rural health providers in the face of the coronavirus pandemic and to understand how NHS Charities Together is supporting the mental health of the front-line workforce. James Glossop/Pool Photo via AP 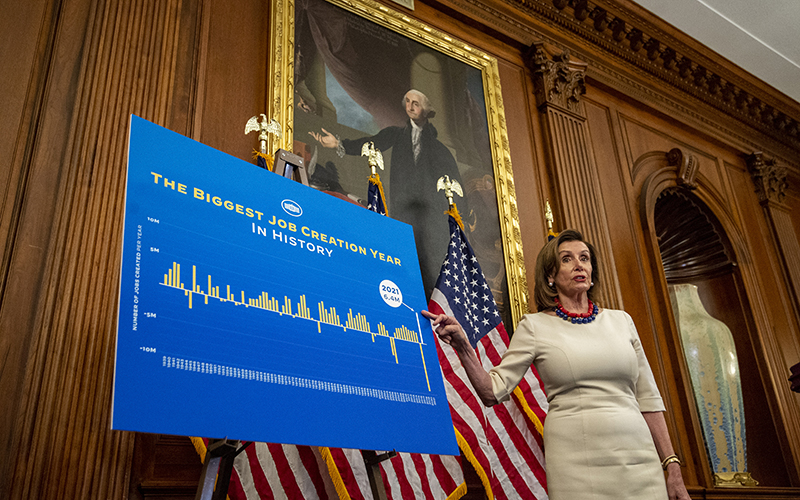 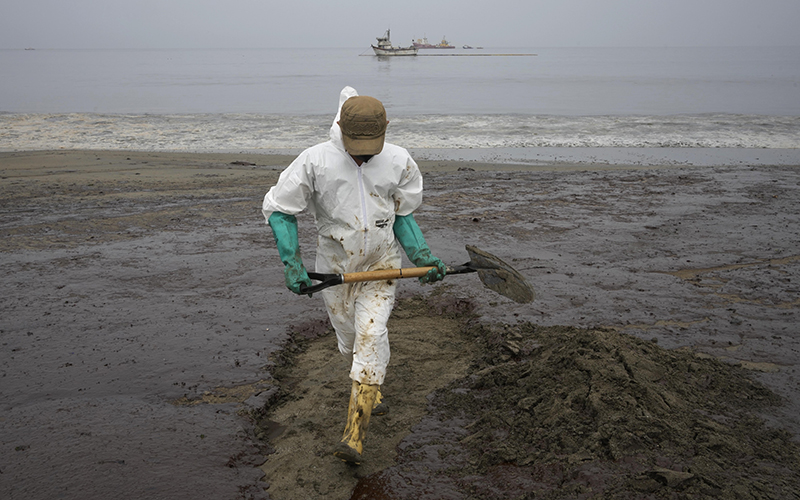 A worker, dressed in a protective suit, cleans Conchitas Beach contaminated by an oil spill in Ancon, Peru, on Jan 20. The oil spill on the Peruvian coast was caused by the waves from an eruption of an undersea volcano in the South Pacific nation of Tonga. Associated Press/Martin Mejia