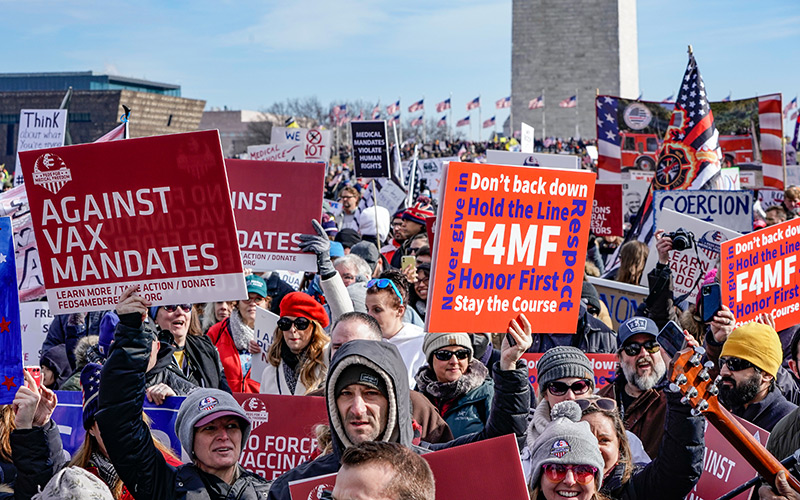 Marchers make their way to the Lincoln Memorial during a march and protest against vaccine mandates on the National Mall in Washington, D.C., on Jan. 23. Jemal Countess/UPI Photo 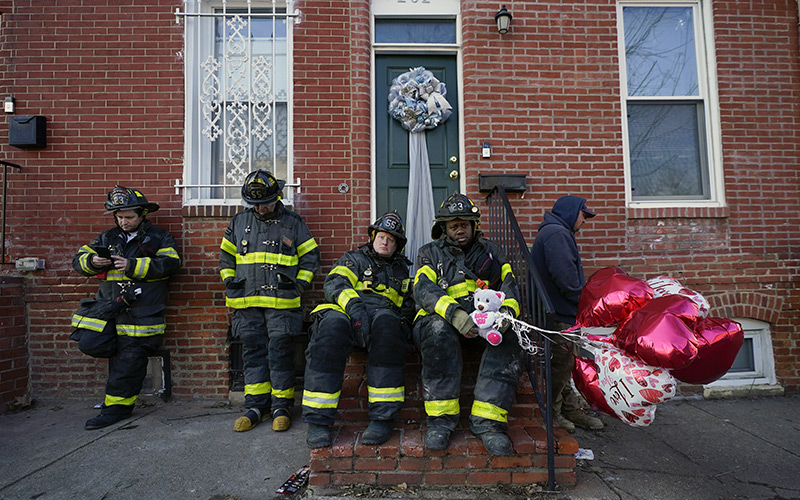 A Baltimore firefighter holds balloons given to him by neighbor Darlene Cucina as a group of firefighters sit on a stoop across the street from where several firefighters died in a building collapse while battling a blaze in a vacant row home on Jan. 24. Associated Press/Julio Cortez 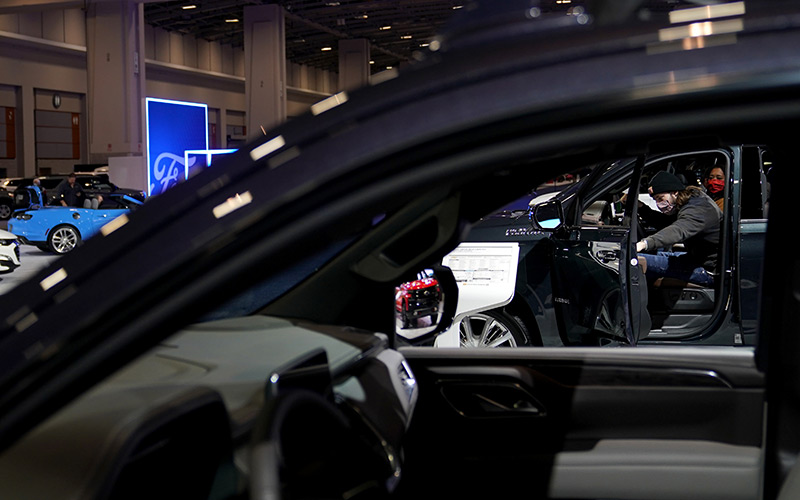 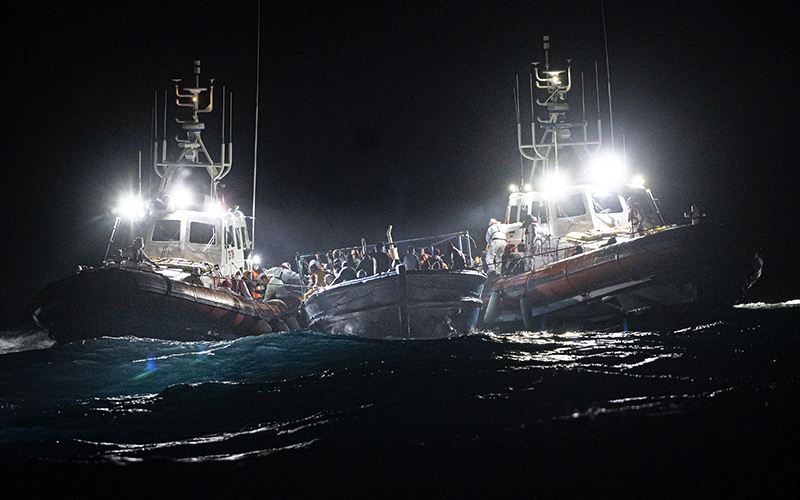 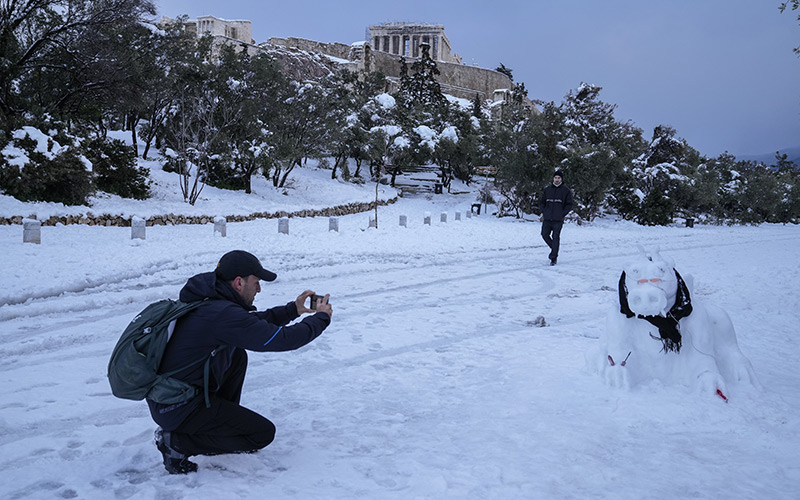 A man takes a photo in front of the ancient Acropolis hill after a snowstorm on Jan. 25. A snowstorm of rare severity disrupted road and air traffic Monday in the Greek capital of Athens and neighboring Turkey’s largest city of Istanbul, while most of Greece, including — unusually — several Aegean islands, and much of Turkey were blanketed by snow. Associated Press/Thanassis Stavrakis 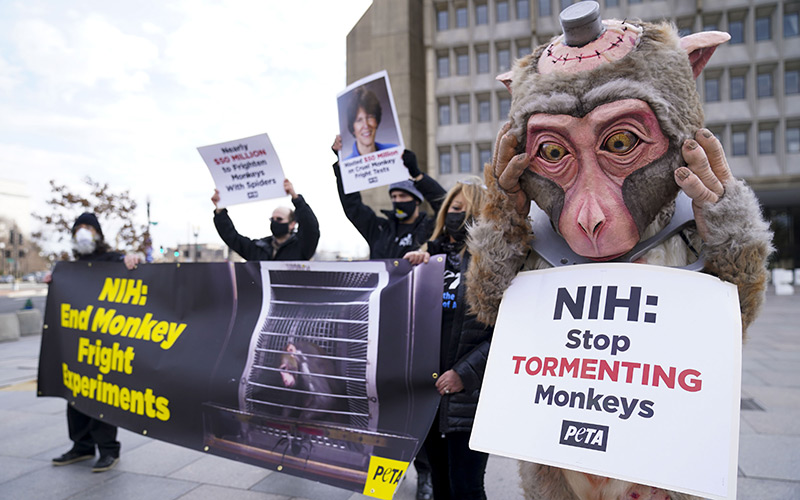 PETA demonstrators hold signs urging the National Institutes of Health to stop using monkeys and spiders in experiments during a protest at the Department of Health and Human Services headquarters in Washington, D.C., on Jan. 25. Leigh Vogel/UPI Photo 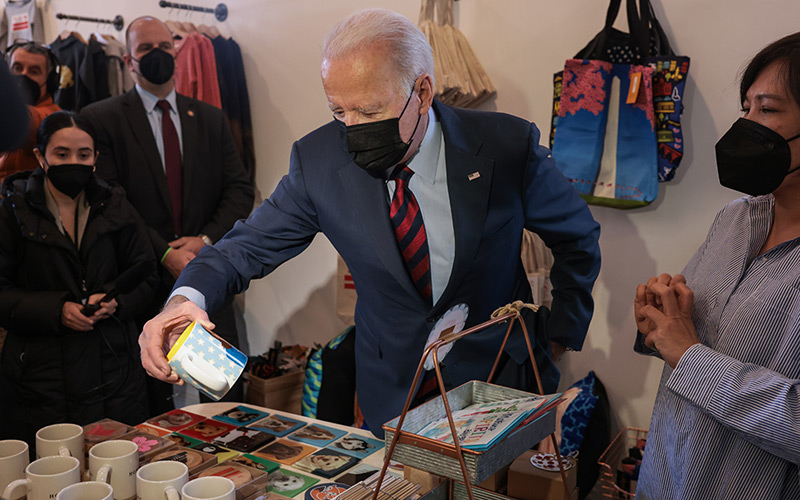 President Biden looks at a coffee mug with Vice President Harris’s likeness as he visits Honey Made, owned by Viboonrattana “Moo” Honey, in Washington, D.C., on Jan. 25. Oliver Contreras/UPI Photo 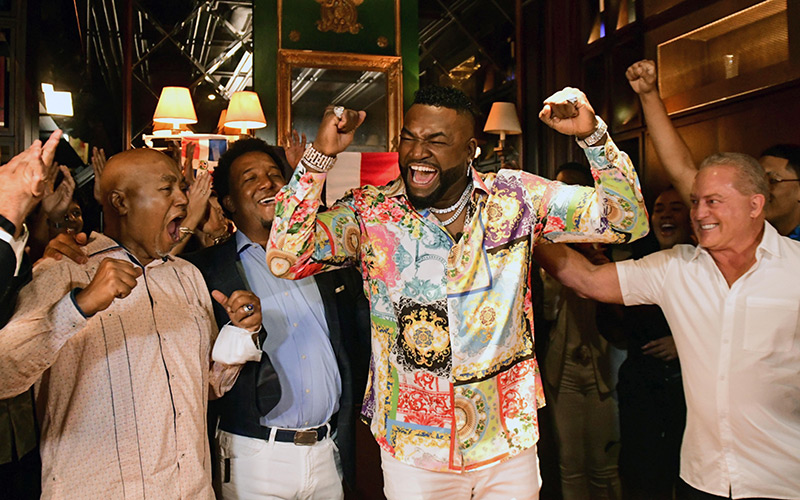 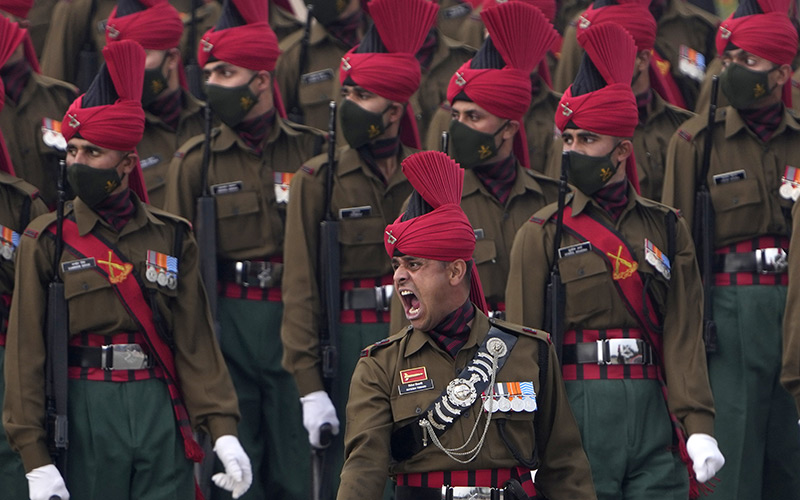 Indian army soldiers march through the ceremonial Rajpath boulevard during India’s Republic Day celebrations, in New Delhi on Jan. 26. Thousands of people braved the morning chill to watch a display of the country’s military power and cultural diversity, though the colorful spectacle was curtailed by the COVID-19 pandemic. Associated Press/Manish Swarup 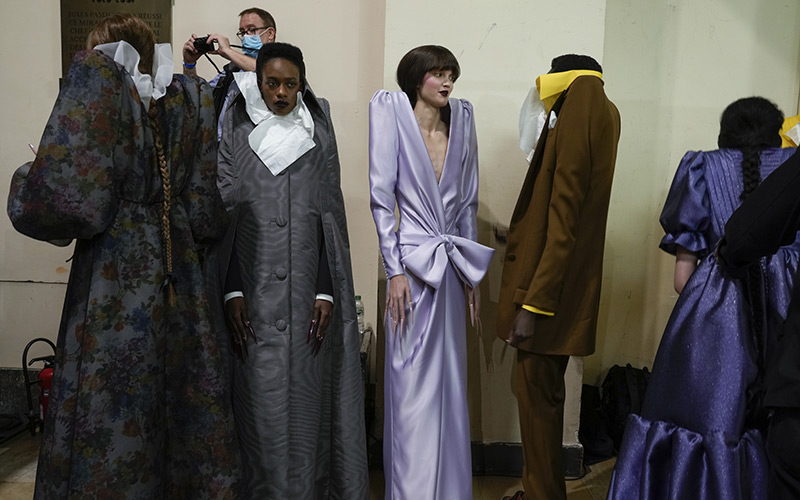 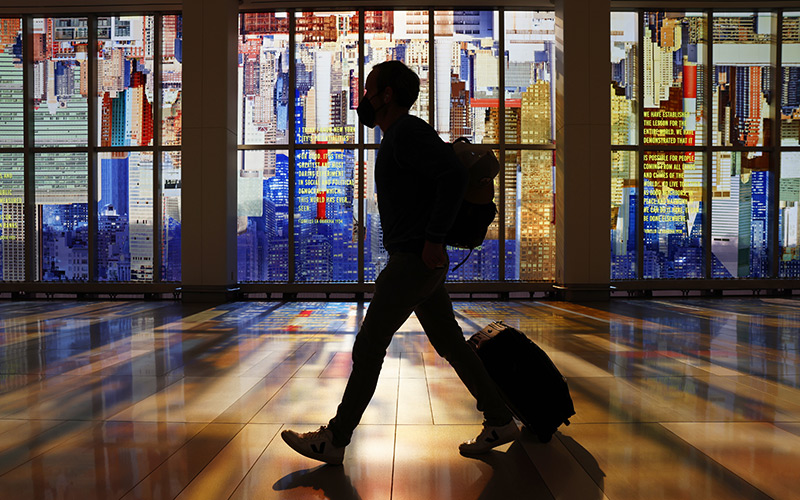 A traveler walks through the newly completed Terminal B at LaGuardia Airport in New York City on Jan. 27. Terminal B is set to officially open in the spring. John Angelillo/UPI Photo 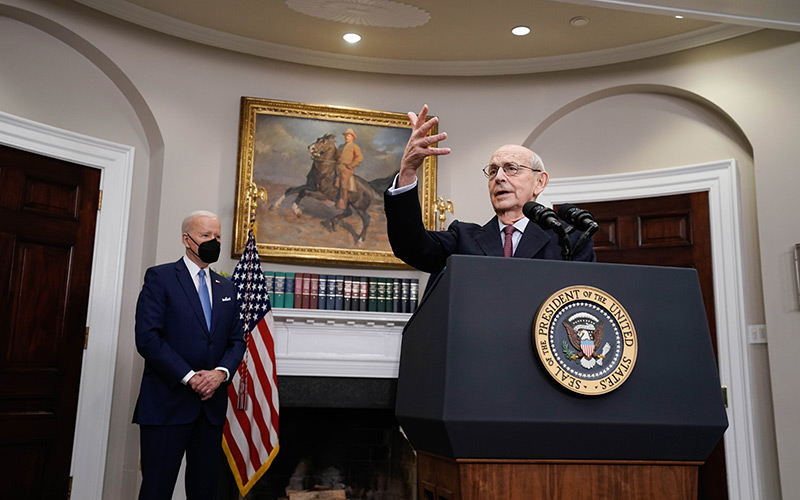 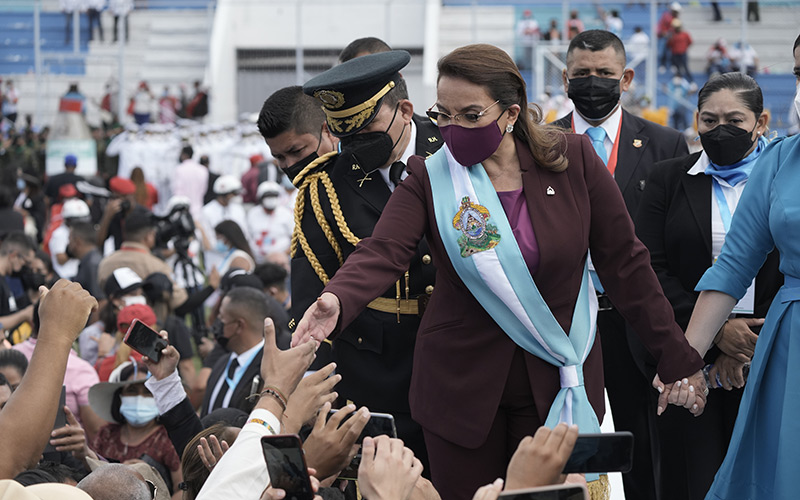 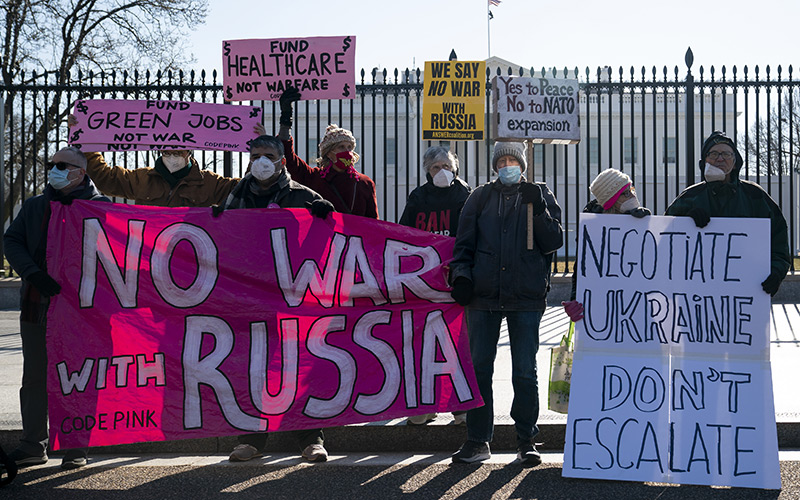 Protesters from multiple groups gather outside the White House on Jan. 27 to rally against U.S. involvement in a potential conflict between Russia and Ukraine. Greg Nash 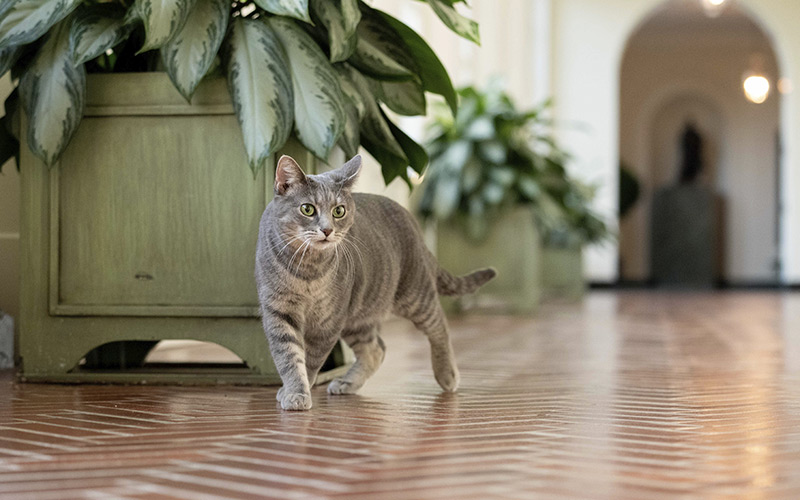 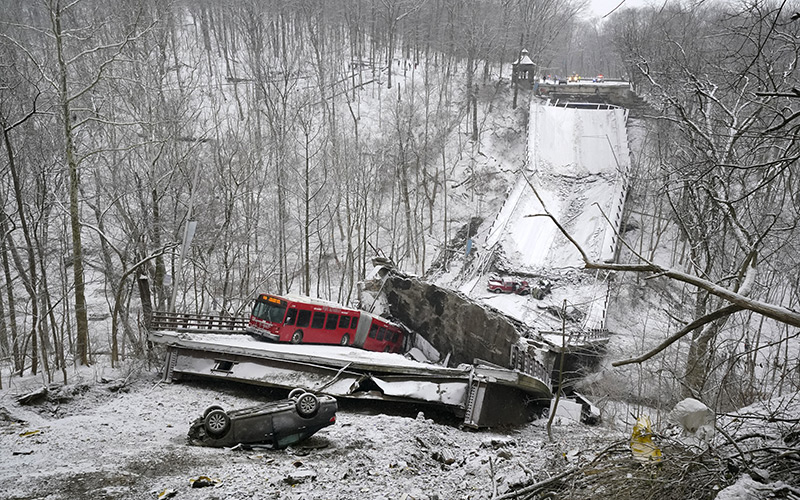 A Port Authority bus that was on a bridge when it collapsed on Jan. 28 is visible in the East End of Pittsburgh. The two-lane bridge collapsed early Friday, prompting rescuers to rappel nearly 150 feet while others formed a human chain to help rescue multiple people from a dangling bus. Associated Press/Gene J. Puskar 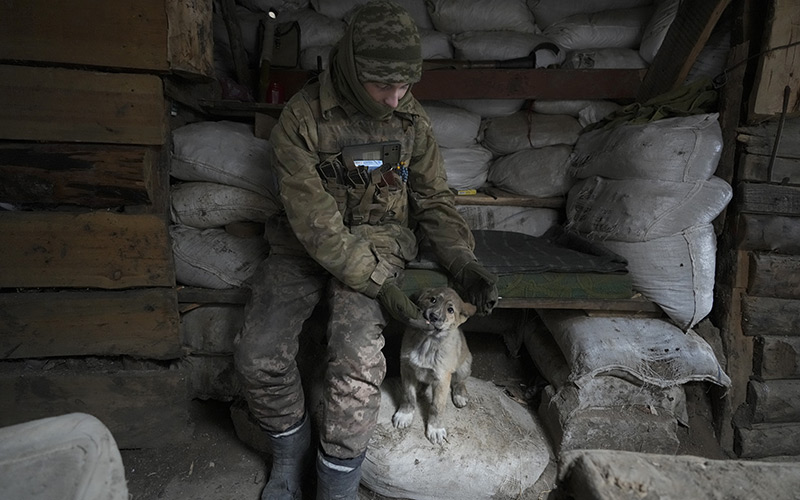 A Ukrainian serviceman pats a dog sitting in a shelter on the front line in the Luhansk region of eastern Ukraine on Jan. 28. Associated Press/Vadim Ghirda