Photos of the Week: Ukraine, Super Bowl LVI and penguins 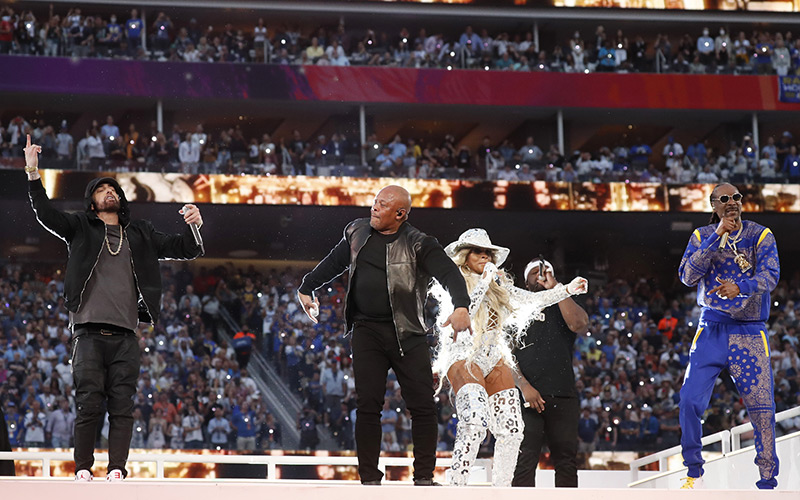 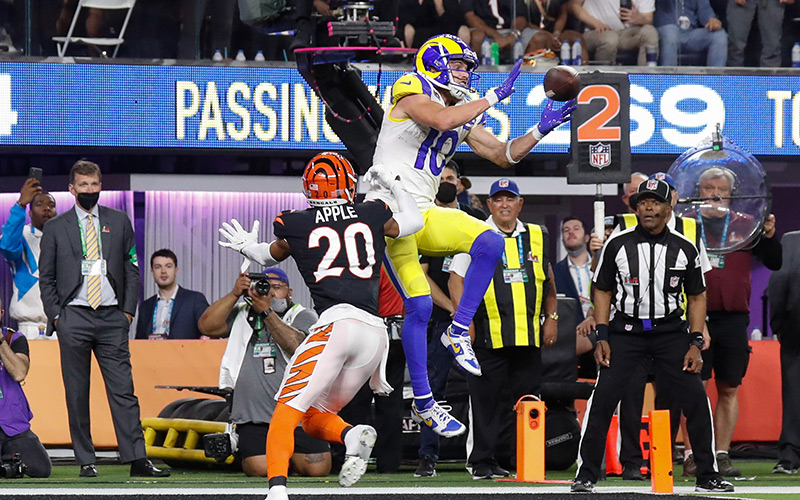 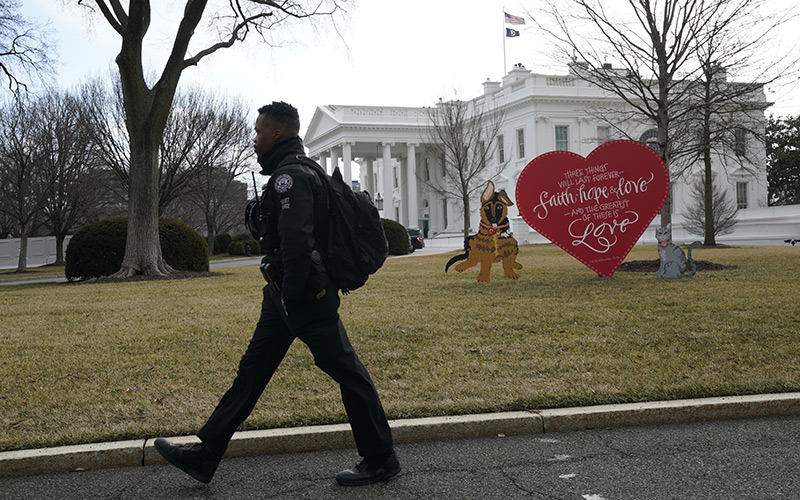 A heart-shaped decoration for Valentine’s Day is seen on the North Lawn of the White House on Feb. 14. Yuri Gripas/UPI Photo 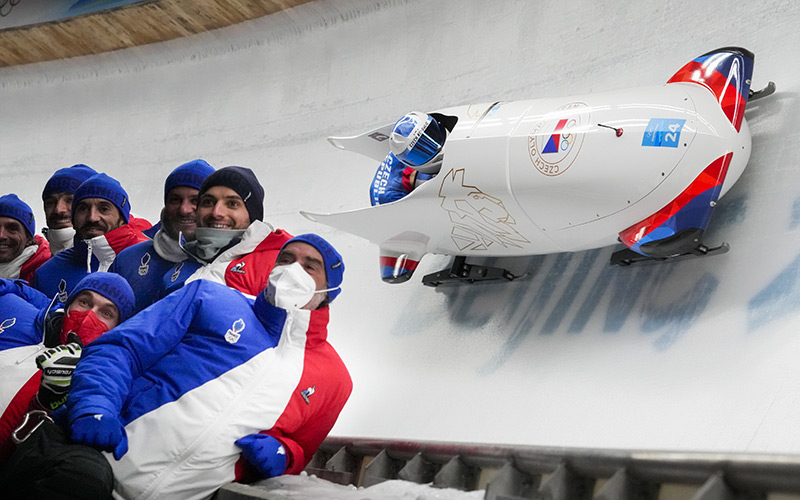 Members of the Czech Republic luge team pose for a photo as teammates Dominik Dvorak and Jakub Nosek slide past during the 2-man heat 1 at the Beijing Winter Olympics on Feb. 14. Associated Press/Dmitri Lovetsky 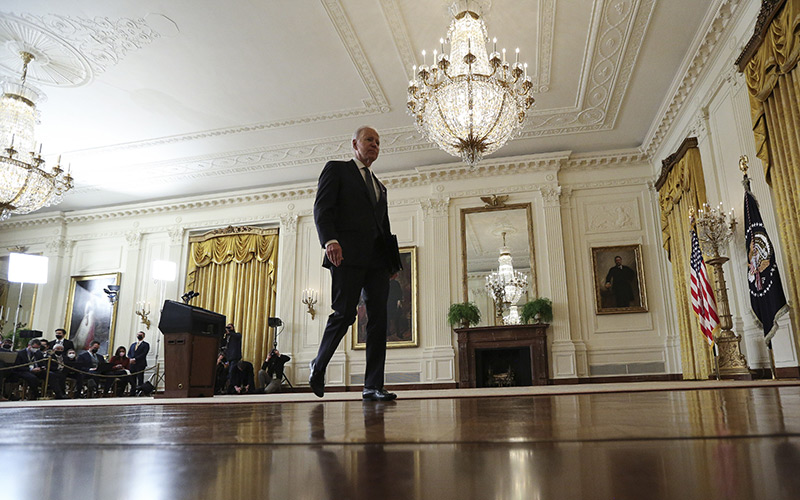 President Biden departs the East Room of the White House on Feb. 15 after providing an update on the situation with Russia and Ukraine. Biden said that a Russian attack on Ukraine is “still very much a possibility” but added that diplomacy will continue. Oliver Contreras/UPI Photo 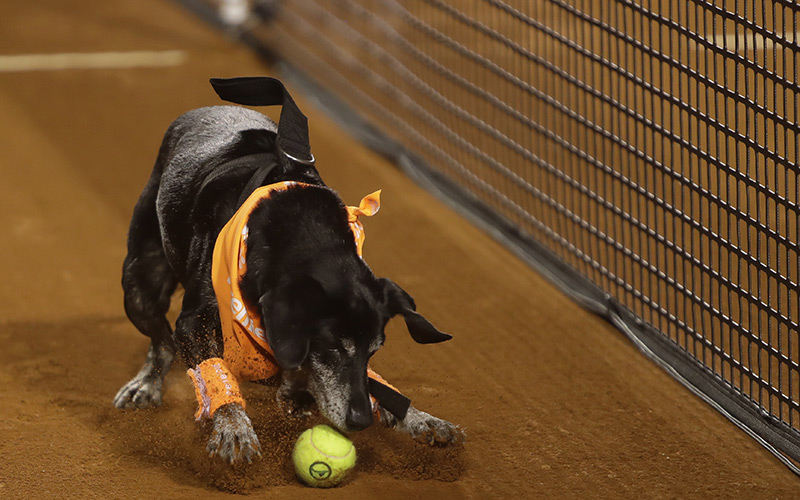 A dog that is up for adoption at the NGO Anonymous Paws retrieves balls during the Rio Open Tennis tournament in Rio de Janeiro, Brazil, on Feb. 15. Associated Press/Bruna Prado 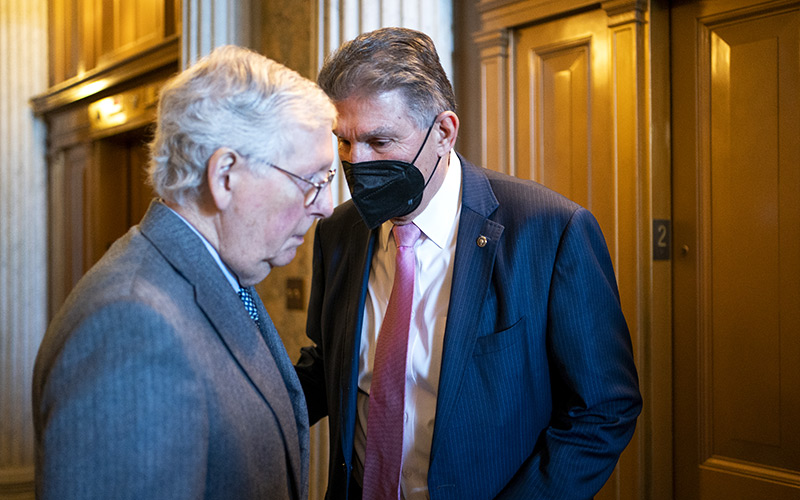 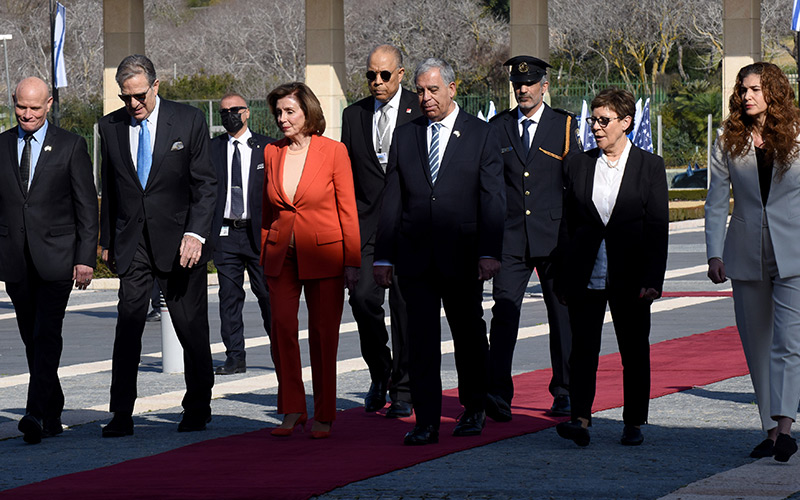 Speaker Nancy Pelosi (D-Calif.) is welcomed by Mickey Levy during an official welcoming ceremony at the Knesset, the Israeli parliament, in Jerusalem on Feb. 16. Debbie Hill/UPI Photo 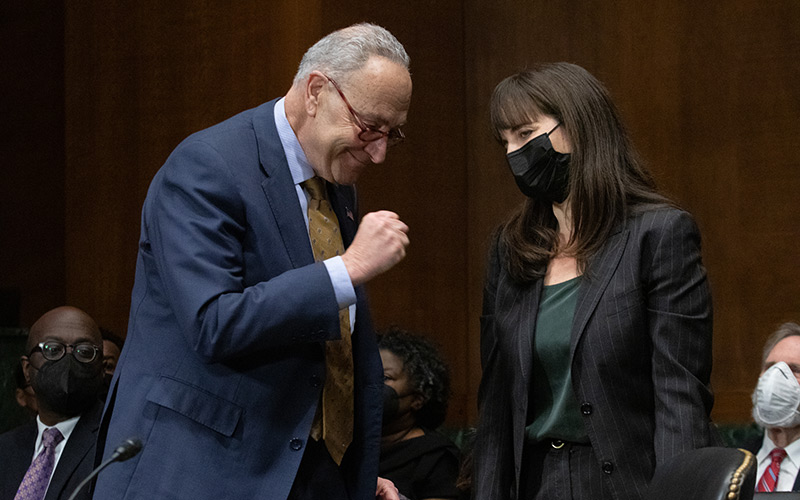 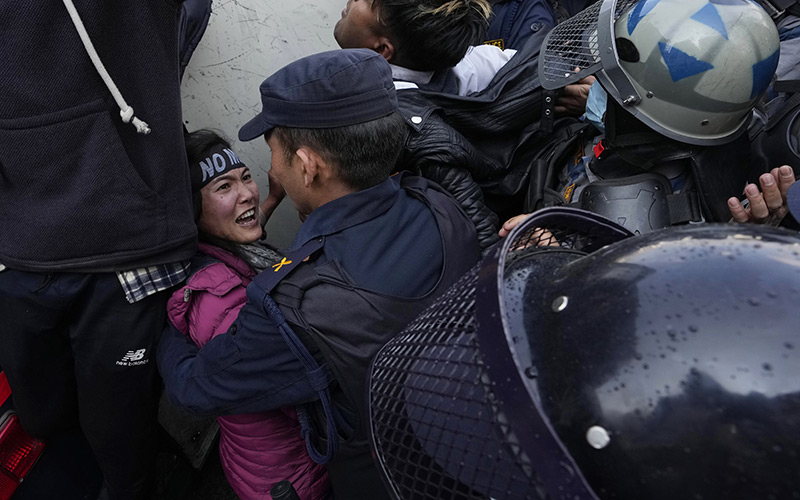 Nepalese police officers detain a protester opposing a proposed U.S. half-billion-dollar grant for Nepal outside the parliament in Kathmandu, Nepal, on Feb. 16. The proposal was scheduled to be presented in Parliament Wednesday for approval, but was postponed because of disagreement between the political parties. There has been growing opposition to the grant, led by Communist parties. The money is meant to be used for the construction of power transmission lines and improvement of roads in the Himalayan nation, but the parties allege it comes with conditions that are not acceptable for the country. Associated Press/Niranjan Shreshta 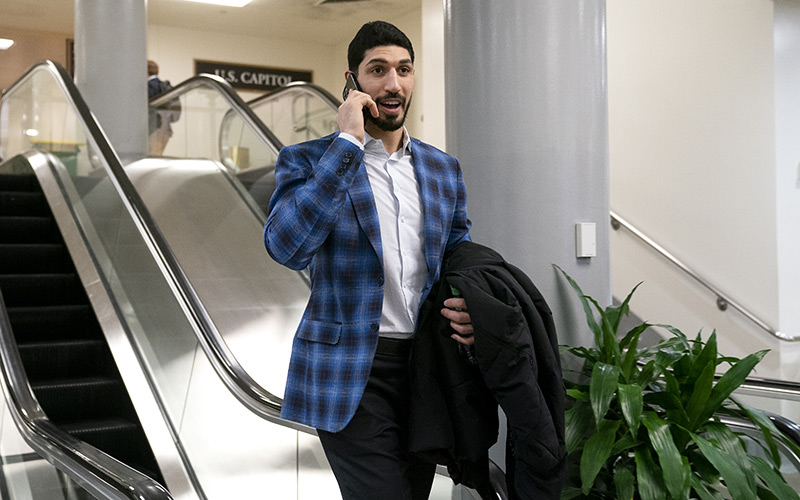 NBA free agent Enes Kanter Freedom is seen in the Senate subway on his way to a Senate Republican Conference lunch on Feb. 16. Greg Nash 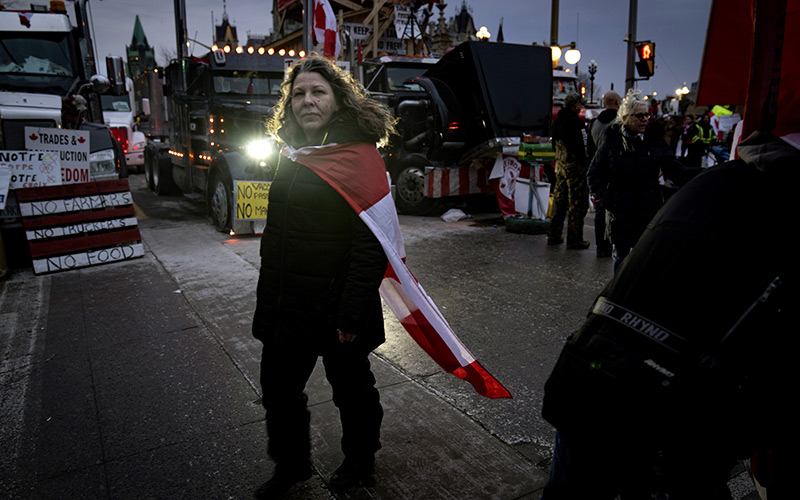 A woman walks among trucks parked in front of the Canadian parliament in protest of COVID-19 restrictions in Ottawa, Ontario, on Feb. 16. Associated Press/Robert Bumsted 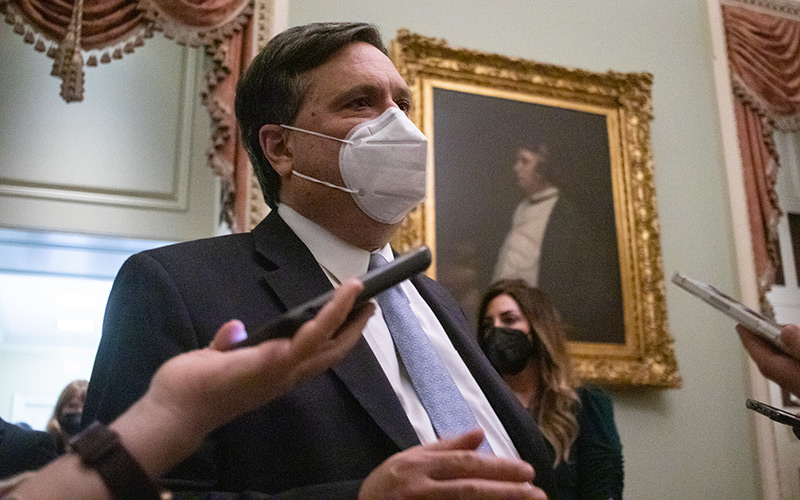 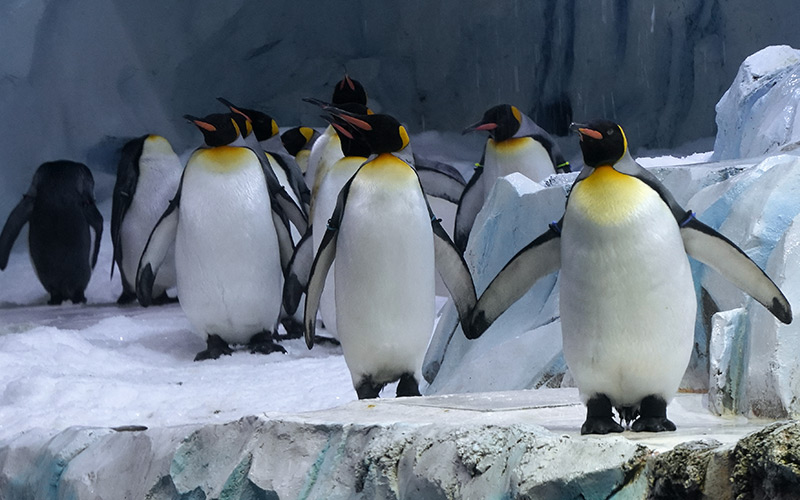 King penguins waddle at the Polk Penguin Conservation Center at the Detroit Zoo in Royal Oak, Mich., on Feb. 16. The zoo’s penguin center has reopened to the public more than two years after it closed to repair faulty waterproofing in 2019. Associated Press/Paul Sancya 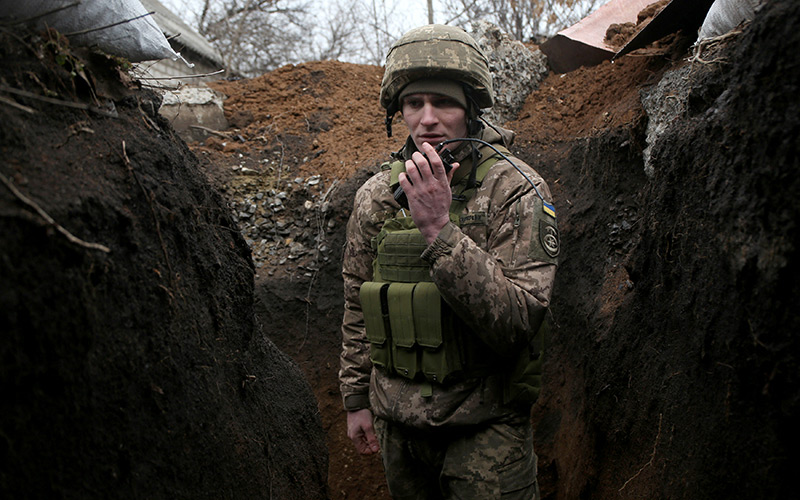 A service member of Ukrainian military forces speaks as he keeps position on the front line in the fight against Russia-backed separatists, near Novolugansk, in the Donetsk region, on Feb. 17. Getty Images 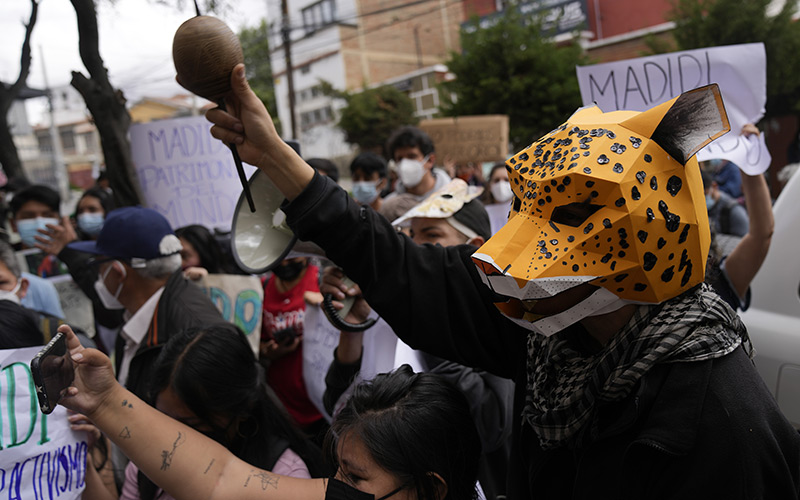 A demonstrator wears a jaguar mask during a protest against mining in the rivers of Madidi National Park, outside the headquarters of the National Service of Protected Areas in La Paz, Bolivia, Feb. 17. Associated Press/Juan Karita