Photos of the Week: Ketanji Brown-Jackson and Sen. Booker, ‘Zelensky Way’ and many sheep 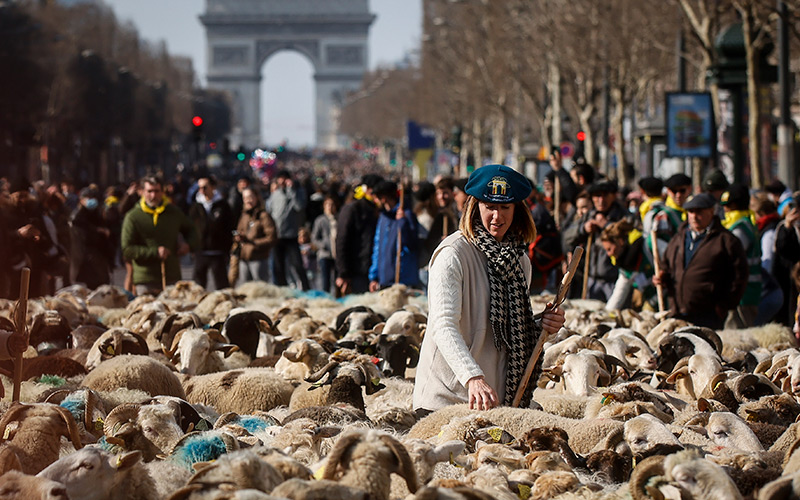 A shepherd stands among some 2,000 sheep on the Champs-Elysees Avenue to mark the end of the International Agricultural Fair on March 6 in Paris. Animals and shepherds from a region of southwestern France paraded on the famed avenue in a kind of transhumance to promote their work and their region. Associated Press/Thomas Padilla 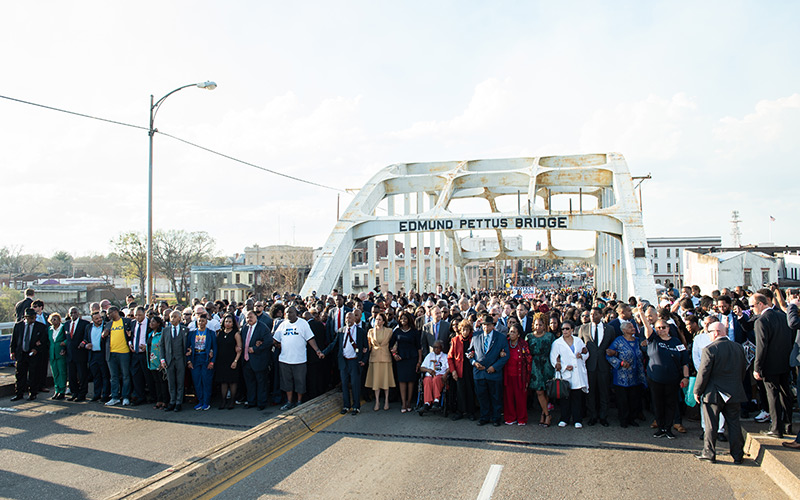 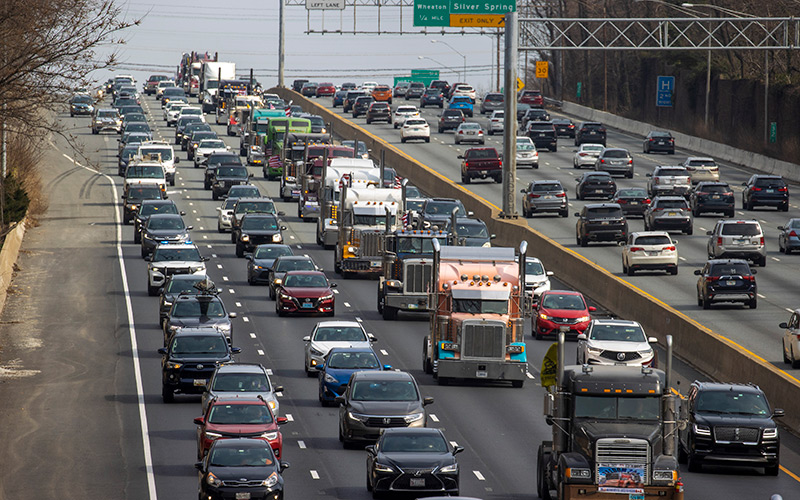 The “People’s Convoy” of truckers makes it way down the Capital Beltway in Silver Spring, Md., on March 6. The convoy, modeled after last month’s Canadian trucker protests, is one of several traveling around the nation’s capital region in protest of COVID-19 mandates and a variety of other issues. Tasos Katopodis/Getty Images 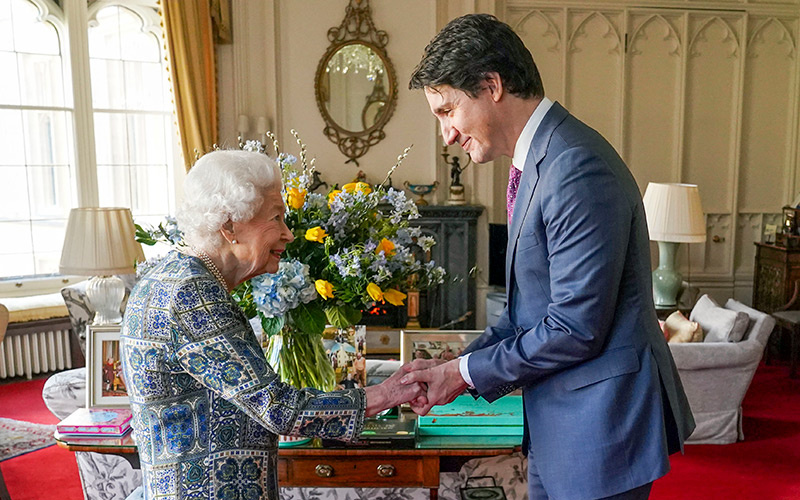 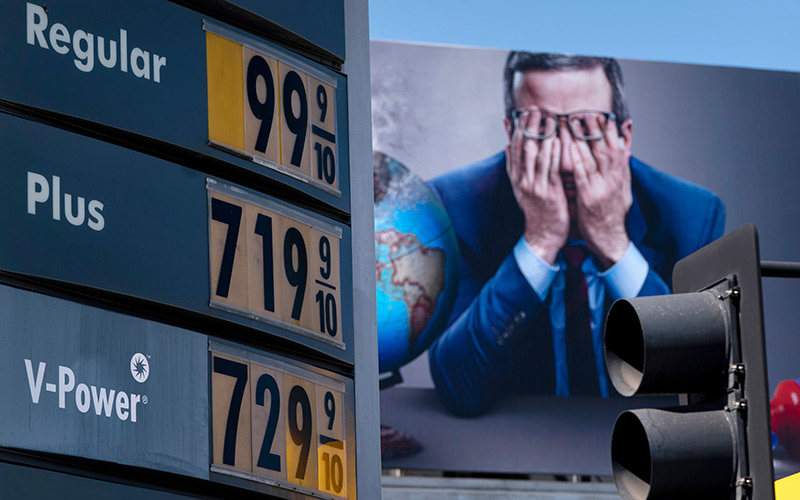 Gas prices are seen in front of a billboard advertising HBO’s “Last Week Tonight” in Los Angeles on March 7. The price of regular gasoline broke $4 per gallon on average across the U.S. for the first time since 2008. Associated Press/Jae C. Hong 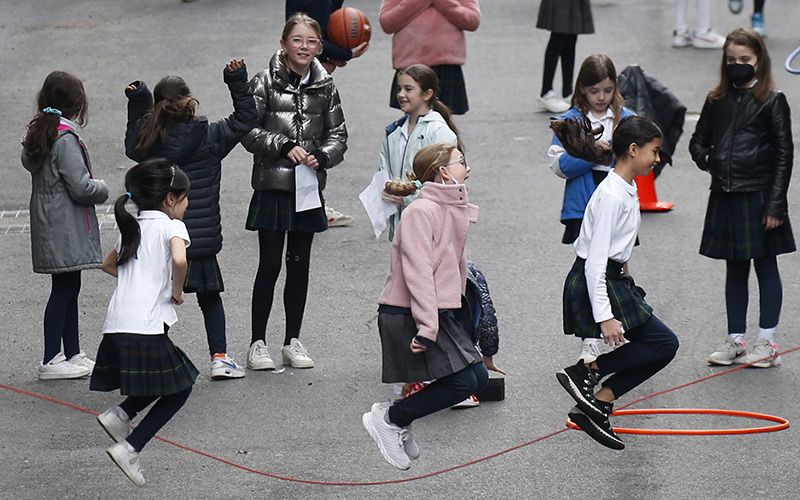 Children jump rope and play in the street in New York City on March 7 during the first day since the start of the COVID-19 pandemic that school children no longer have to wear masks indoors. The mandate remains in effect for classrooms that serve children younger than 5. John Angelillo/UPI Photo 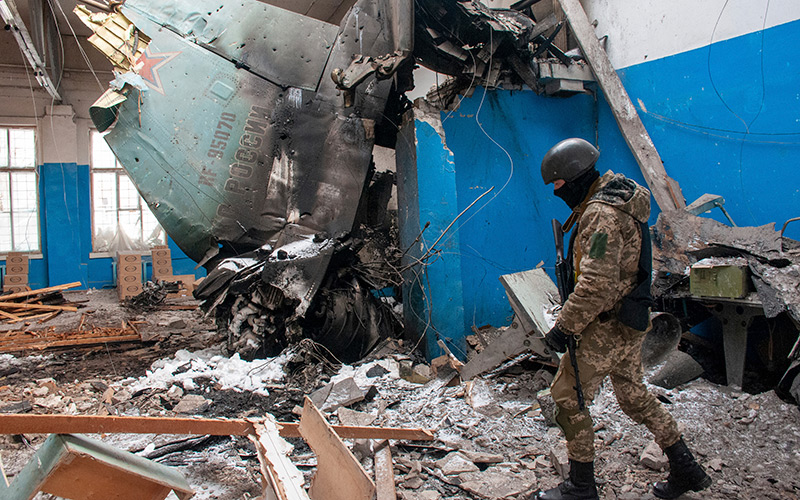 A Ukrainian serviceman walks past the vertical tail fin of a Russian Su-34 bomber lying in a damaged building in Kharkiv, Ukraine, on March 8. Associated Press/Andrew Marienko 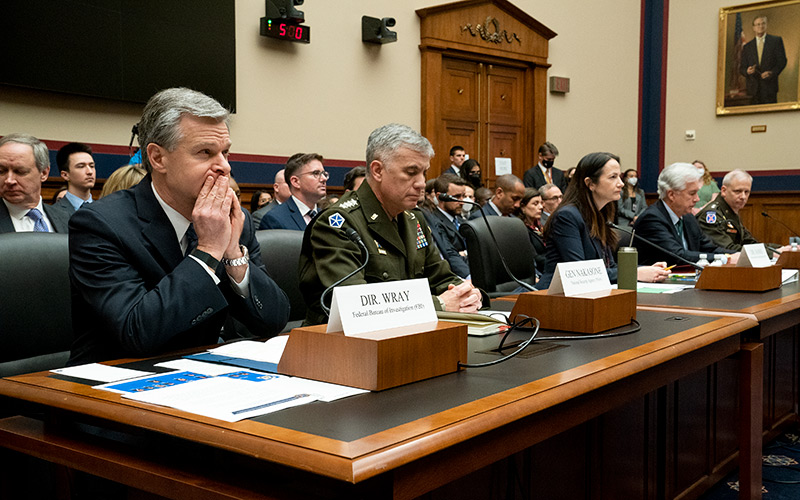 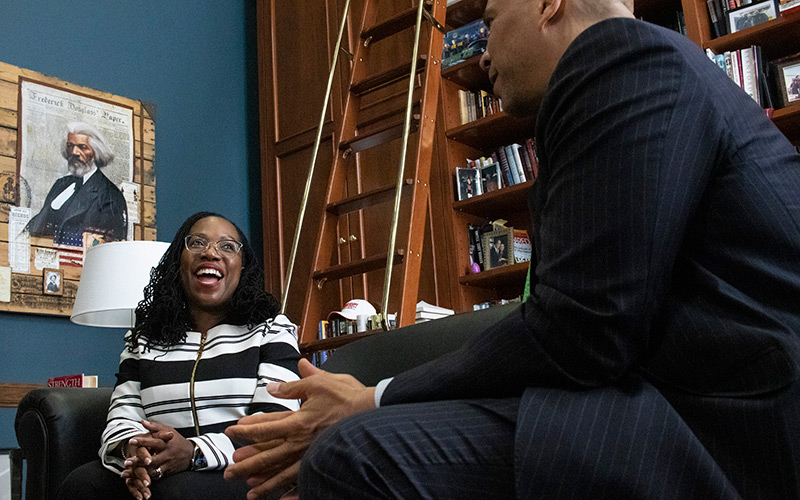 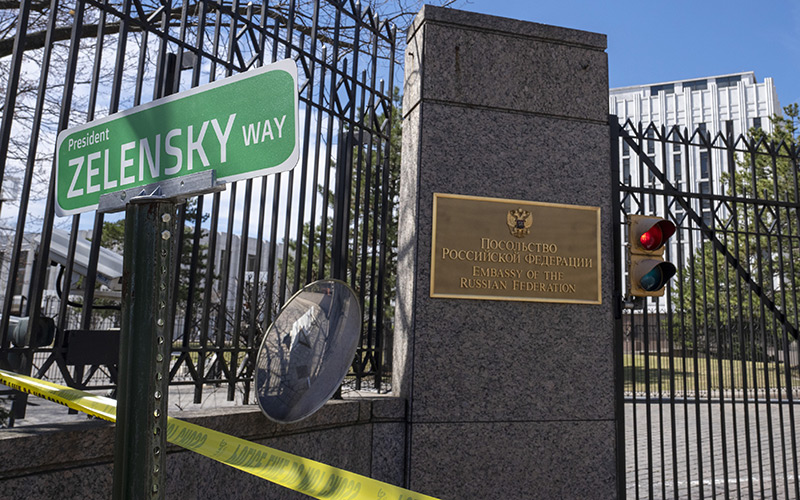 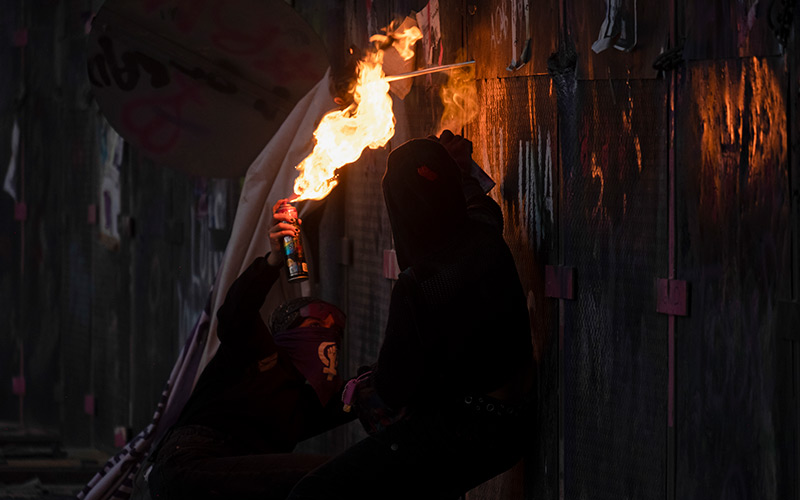 Demonstrators attack a police barricade that surrounds the National Palace with a makeshift torch on March 8 in Mexico City during a march to commemorate International Women’s Day and protest against gender violence. Associated Press/Jacky Muniello 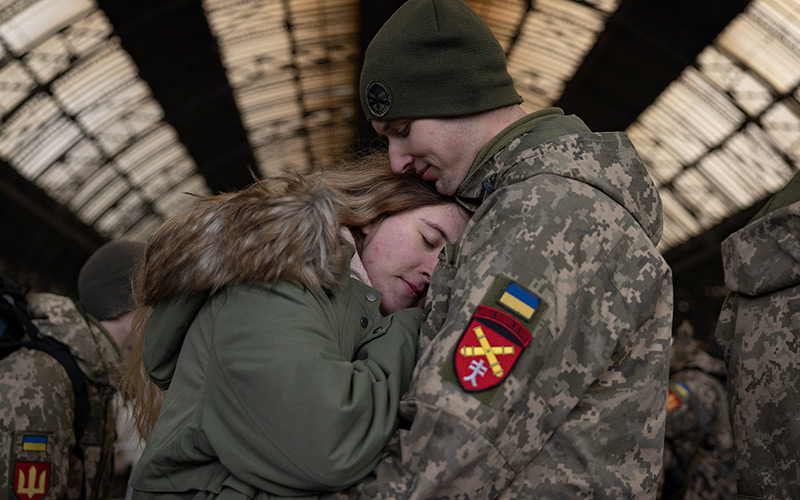 Eugene says goodbye to his partner, Tanya, before boarding a train to Dnipro, Ukraine, from the main train terminal on March 9 in Lviv. As Ukrainian civilians in the east flee to the relative safety of western cities such as Lviv and abroad, many military personnel are heading east to help with the war effort. Dan Kitwood/Getty Images 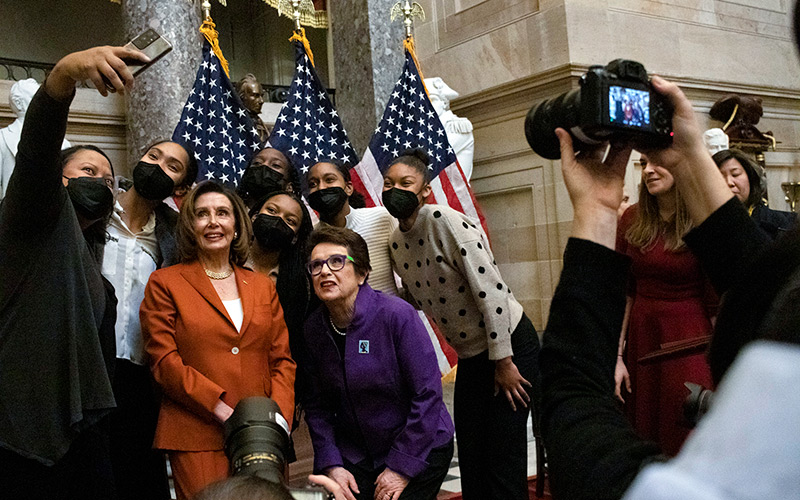 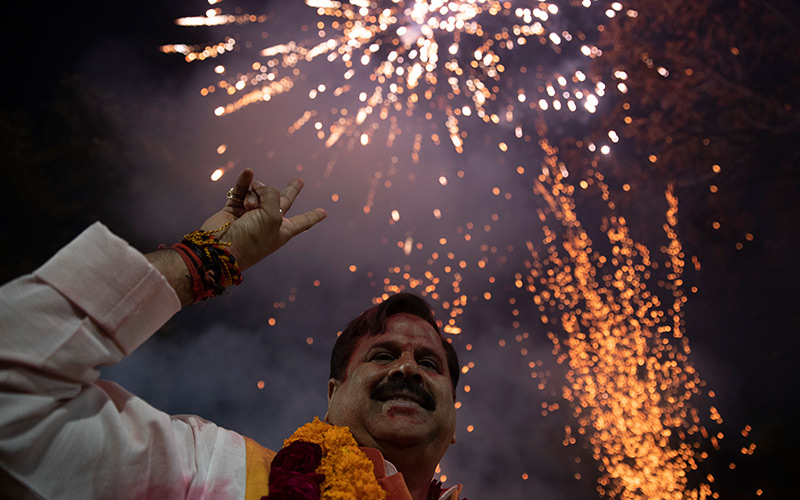 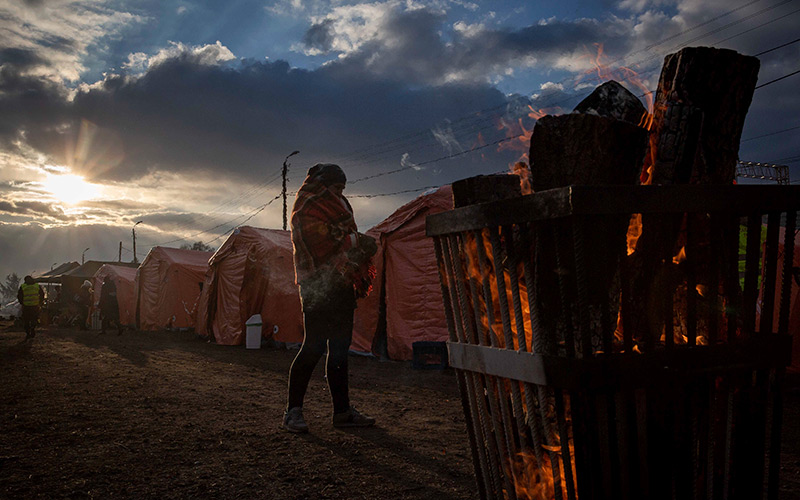 People at a makeshift camp wait to board a train heading for Krakow, Poland, after fleeing from Ukraine, at the border crossing in Medyka, Poland, on March 10. Associated Press/Visar Kryeziu 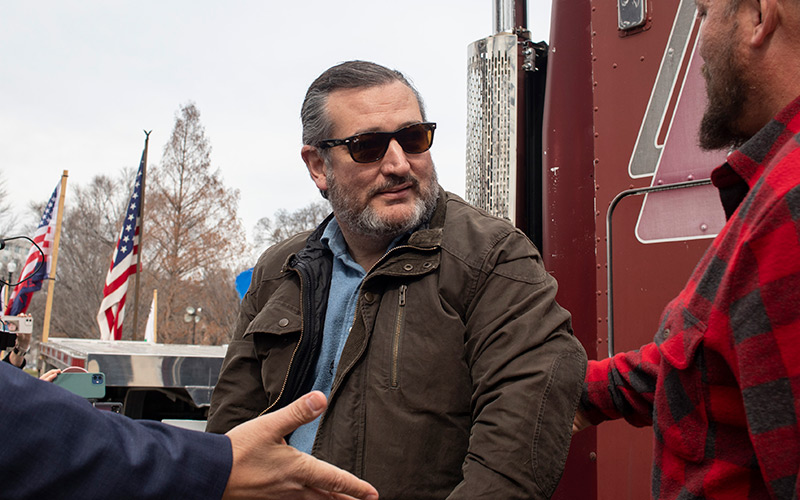 Sen. Ted Cruz (R-Texas) exits the truck of Mike Landis, organizer of the “People’s Convoy,” outside of the U.S. Capitol on March 10. Cruz rode with the convoy from their rallying point at Hagerstown, Md., to hold a press conference announcing his support for the convoy and his opinions on mask and COVID-19 vaccine mandates. Anna Rose Layden 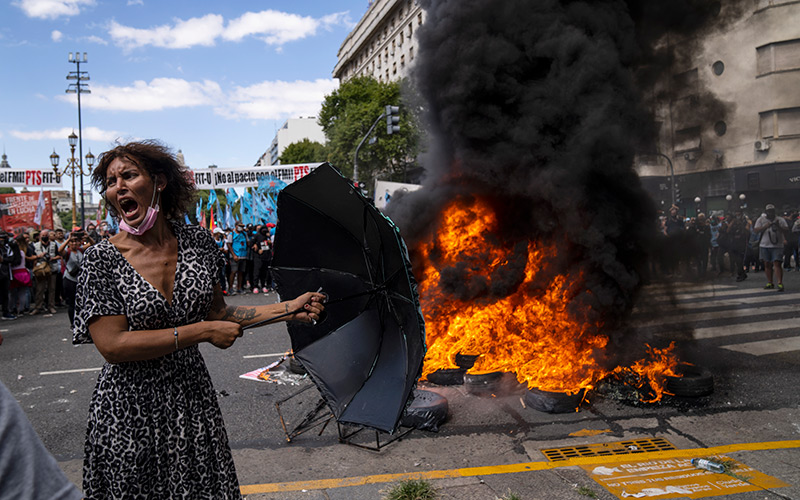 A demonstrator shouts anti-government slogans during clashes to protest against the government agreement with the International Monetary Fund to refinance some $45 billion in debt, as legislators prepare to vote on a law to ratify the agreement, in Buenos Aires, Argentina, on March 10. Associated Press/Rodrigo Abd 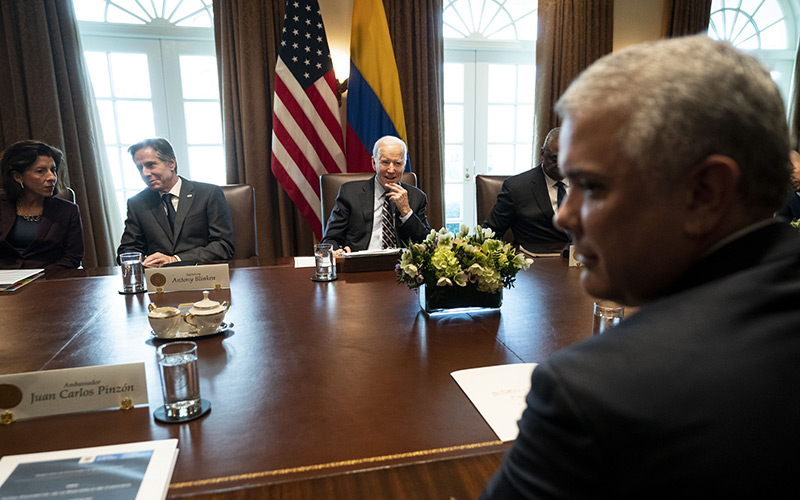