TCJA one year later: One broken promise after another

As we approach the one-year anniversary of the signing of the Tax Cut and Jobs Act (TCJA), Congress has some explaining to do.

The American people were made many promises if corporate tax rates were cut, many of which have been broken. The American people are getting massive deficits; deficits they, their children and grandchildren are responsible for. Promises made, promises broken, that’s the real TCJA one year later.

{mosads}TCJA proponents made five key promises in hawking the bill:

Americans were promised “an increase of $4,000 to $9,000 in wage and salary income,” if only the corporate tax rate was cut significantly. The story went that corporations would take their tax cut savings and shower their employees with generous raises.

While the corporate tax rate was cut significantly, wage growth has been less than promised. It’s been more of a trickle than a showering.

Some may note that select companies gave highly publicized bonuses of $1,000. While better than nothing, it is important to remember that these were not wage increases. Rather, they were discretionary and, very likely, one-time events.

In the 11 months following signing of the TCJA in December of 2017, the economy added 2.27 million jobs, according to Bureau of Economic Analysis data.

That sounds impressive until you realize that during the same 11 months prior to corporate tax cuts, the economy added 2.01 million jobs, resulting in only 255,000 more jobs being created after the TCJA was passed compared to the same period before it was passed. 255,000 jobs is only a little more than a quarter of what was promised, another broken promise.

Not only did job growth fall well-short of what was promised, companies announced the firing of hundreds of thousands of Americans.

Verizon alone announced that it will be firing 44,000, while Kimberly-Clark added insult to injury, not only announcing the elimination of 5,500 jobs, but also that it would use savings from the TCJA tax cuts to fund the layoffs. So much for taking the tax cuts and increasing hiring. 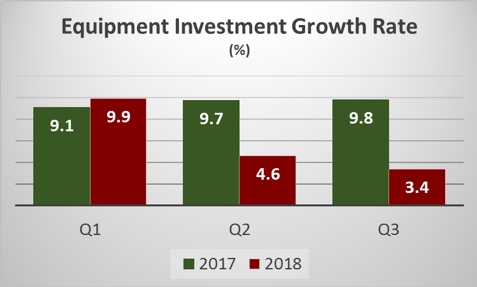 Where did the corporate tax cut saving go? Companies have been shoveling their mountainous tax savings into dividends and share buybacks. Goldman Sachs estimated that companies will spend $1 trillion on share repurchases in 2018. That would be nearly 50-percent more than in 2017. Mystery solved.

Americans were confidently promised increasing and sustained GDP growth, 4-6 percent to be exact. Instead, GDP growth reached 4.2 percent for a single quarter and is now declining.

Having looked at the steady decline in equipment investment and skyrocketing increase in share buybacks this should not be surprising. While share buybacks help stockholders, unlike business investment, they don’t directly increase GDP.

Broken promise No. 5:  No increase in deficits

Proponents of the TCJA also promised that there would be no increase in deficits. While that would have been nice, that certainly hasn’t been the case. Not only has there been a massive increase, it is worse than originally estimated.

According the Congressional Budget Office’s April update, the TCJA will increase the federal debt by nearly $1.9 trillion over the next 10 years. Not only is that a staggering number, it is $433 billion more than the December estimate provided by the Joint Committee on Taxation.

Fixing the fatal flaw of the TCJA

All of the broken promises were created by one fatal flaw in the TCJA: unconditionality. The corporate tax cuts in the TCJA were unconditional. Company tax rates were reduced independent of whether they actually raised wages or hired more Americans.

While some politicians proclaim the importance of incentives, when it came to the TCJA, they mysteriously absolved corporations of any responsibility for earning tax cuts.

Instead, the TCJA’s unconditional tax cuts created perverse incentives for companies to use their tax cuts savings to fire Americans. One year later, Congress has some explaining to do for the TCJA’s many broken promises.

Chris Macke is the founder of Solutionomics, an online platform focused on developing solutions for a more efficient, merit-based corporate tax code. He provides market updates and implications of monetary policy changes to the Federal Reserve and is a contributor to the Fed Beige Book. Find him on Twitter @solutionomics.

Markets give thumbs down to the Fed

Trump’s pick for head of IDB fired; we need a consensus replacement

Why is fiscal responsibility not discussed anymore?

by Michael D. Farren, Opinion Contributor 1 day ago
Finance  /  1 day ago
See All