It’s no exaggeration to state that the U.S.-China trade war is the biggest issue facing global corporate supply chains in early 2019. Trade policy — along with logistics — is part of the glue that holds global supply chains together and uncertainty can cripple decision-making.

A recent survey of over 270 companies conducted by S&P Global showed two-fifths of corporations have postponed investment decisions as a result of tariffs, with 70 percent of firms having to formulate new supply chain strategies.

{mosads}While the trade war is great for journalists and analysts, corporations need to take a view on what the outcome may be and whether it really matters. In that regard there’s three questions to answer.

First, who’s winning? Economic theory tells us everyone loses from increased protectionism, yet the economic cost for the U.S. appears to be higher than that faced by China so far.

On the basis of trade data in October — the first month when tariffs on $360 billion of bilateral trade were applied — China’s exports of tariff-afflicted products rose 0.1 percent, in part due to stockpiling, while America’s dropped 43.8 percent. China’s focus on price-sensitive commodities and ability to influence state-owned buyers of U.S. exports have given it a head start. 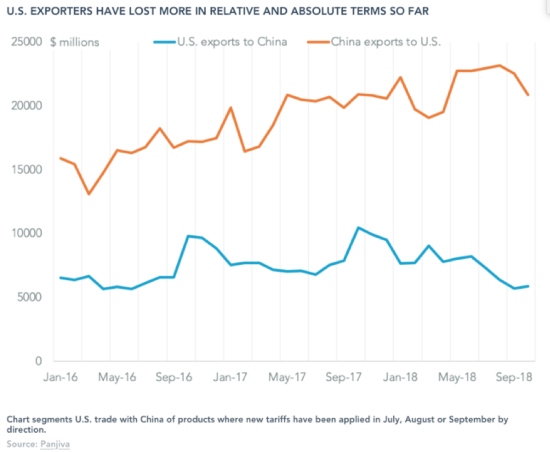 Second, what are the chances of a successful conclusion to the ongoing trade talks? In simple terms, both sides need a deal. President Trump needs policy wins in the face of the government shutdown and falling stock markets, while President Xi Jinping needs to ensure ongoing economic growth.

Risks to the latter can be seen in China’s global exports in December, which fell 4.4 percent, year over year, with shipments to the U.S. having fallen 3.7 percent.

Assuming the Trump administration can get comfortable with a deal that doesn’t include significant economic policy shifts from China, there’s no reason a goods-based, transactional deal can’t result in a “good enough” agreement by March 1. 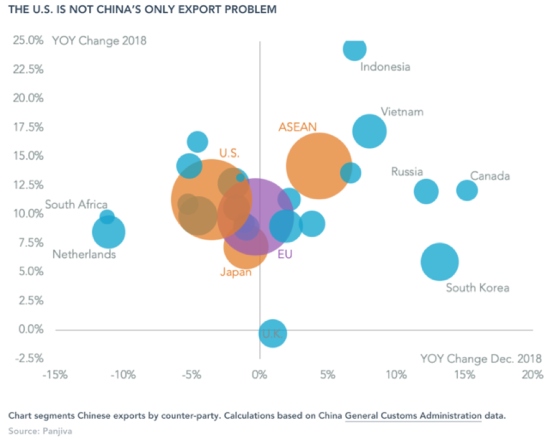 Third, does it all matter in the long run? Arguably the tariff war, in forcing companies to consider the structure of their supply chains, may simply accelerate trends toward shifting production out of China.

The survey referred to above showed 50 percent of respondents already planned to shift production out of China. A 36.2-percent rise in U.S. seaborne imports from Vietnam in the 12 months to Oct. 31 vs. three years earlier compared to a 12.7-percent rise from China illustrates the “reshoring” trend. 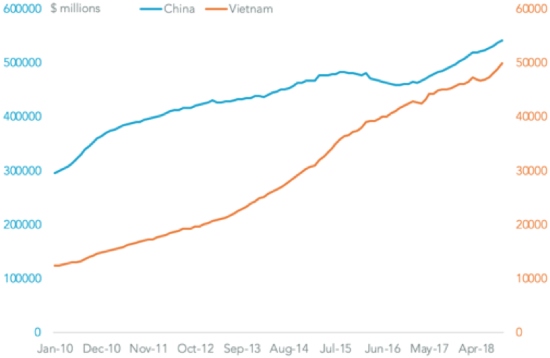 Additionally the U.S.-China trade war is not the only uncertainty facing corporations’ operations in the U.S. The passage of the U.S.-Mexico-Canada Agreement is far from certain with recalcitrant Democrats in the U.S. Congress and elections coming in Canada.

The “national security” review of the automotive industry may prompt Congress to increase its oversight of the administration’s trade actions. On a more positive tack, trade negotiations with the EU and Japan may yield opportunities for lengthening supply chains, though an outcome for either is unlikely before 2020.

Finally, it’s worth remembering that the Trump administration is far from being the only game in town for businesses trying to determine where to invest next. Brexit, assuming it even happens, will raise questions about how global companies access the EU by investing in a single country.

The Regional Comprehensive Economic Partnership trade deal raises the prospect of a free-trade area binding together China, India, Japan, South Korea and Southeast Asian nations, but may be hoisted on the petard of Indian protectionism.

Ultimately, most senior executive have the same view: It doesn’t matter what the policy environment is, as long as it is stable. It may take all year, but 2019 may bring the stability that business needs.

How investing in microbusinesses can bring massive economic results

by Victor W. Hwang, Opinion Contributor 1 day ago
Finance  /  1 day ago
See All

With ChatGPT rising in popularity, what’s a parent to do?