Navy SEALs are about to get more lethal

Navy SEALs infiltrating by sea are about to get more lethal.

SEALs will soon have new underwater vehicles delivering them to targets that officials say will make a huge difference during missions.

{mosads}SEALs now use a delivery vehicle that one SEAL described as a kind of underwater sled.

SEALs ride in the sled in full scuba gear completely exposed to the water, in often freezing cold and in “pure blackout” conditions and total silence for eight to 10 hours.

Ask a SEAL what that’s like, and they’ll say it’s like being locked in a cold, dark, wet closet for hours.

“Ever take an ice bath?” said a SEAL who spoke to The Hill on the condition of anonymity. “It’s a tall order.”

After they reach their target and conduct their mission, SEALs have to make it back home, often the same way they came.

The new vehicles, which are called dry combat submersibles, will be akin to mini-submarines, and allow SEALs to stay warmer and drier for longer, and more physically ready, as they close in on their target.

That’s a huge advantage for missions that one retired SEAL who is now a congressman described as “can’t fail.”

The vehicles will also allow the SEALs to communicate before a mission, compared with “only seeing your buddy’s eyes” and a glow stick for 10 hours, the SEAL joked.

The first submersible is due to arrive in July 2018, and it will be operational as early as the fall. Final testing is to be completed in 2019.

As SEALs await the delivery of the first vehicle, they have two “demonstrator” vehicles to experiment with.

The Hill toured one of them, which is now at Joint Expeditionary Base Little Creek-Fort Story in Virginia for submerged testing.

That demonstrator is about 39 feet long, is about 7 to 8 feet in diameter, and weighs about 30 tons. So far, it has gone up to five knots for 60 nautical miles.

It’s got many of the same attributes as a submarine: propellers, thrusters, ballast tanks, scrubbers, oxygen manifolds and a periscope, but is battery-powered instead of nuclear-propulsion powered.

It is also surface-launched, which means it is launched into the water by a crane or from a surface ships with a crane, versus from a submarine.

The vehicle is able to hold up to eight SEALs and their gear, in addition to a pilot and navigator.

The swimmers’ compartment is only about 10 to 12 feet long, which could be a tight squeeze for eight SEALs.

Still, officials say it’ll be a huge improvement over the current systems.

“The DCS Program is on track to provide a capability that our warfighters have not had in a long time,” said Navy Capt. Kate Dolloff, who is in charge of all maritime programs for Special Operations Command Acquisition, Technology and Logistics.

“We still have a long way to go, but a stepped approach using technology demonstrators to mitigate risk and a close relationship with the user community has been extremely successful to date and led to contract award,” she said.

The U.S. Special Operations Command (SOCOM) finalized a contract in July with Lockheed Martin for the first submersible to be delivered in July 2018, with the option of two more by 2020 — an unusually fast schedule for acquiring new technology.

The total cost for the three submersibles is $236 million.

The timeline and cost is years shorter and hundreds of millions cheaper than a previous submersible program, which was killed in 2006 after cost overruns and other issues.

That program would have cost $1 billion for one submersible and have taken two to three times longer to build, officials said.

Officials say the costs are much lower because they’re taking off-the-shelf commercial technology developed by Lockheed Martin and modifying it to fit their needs, whereas the previous program started from scratch.

Officials say the new vehicles will have 80 to 90 percent of the same capability, but will be delivered much faster at a much lower cost.

The new program also comes with a “fixed price incentive fee” structure, where the cost of the program is fixed and any overruns are shared with the manufacturer.

“We’re very well networked. We put a lot of effort into creating the network that we need to move quickly,” he said.

“We do it with a special operations mindset,” said Geurts. “And so I look at velocity as one of my competitive advantages.”

Navy Cmdr. Keith Oswald, in charge of undersea systems for SOCOM ATL, said SEALs will still use the wet delivery vehicles, too, but the new vehicles will provide “additional flexibility and options.

“You can do a lot more with it,” he said. “It’s one more tool in their toolkits.” 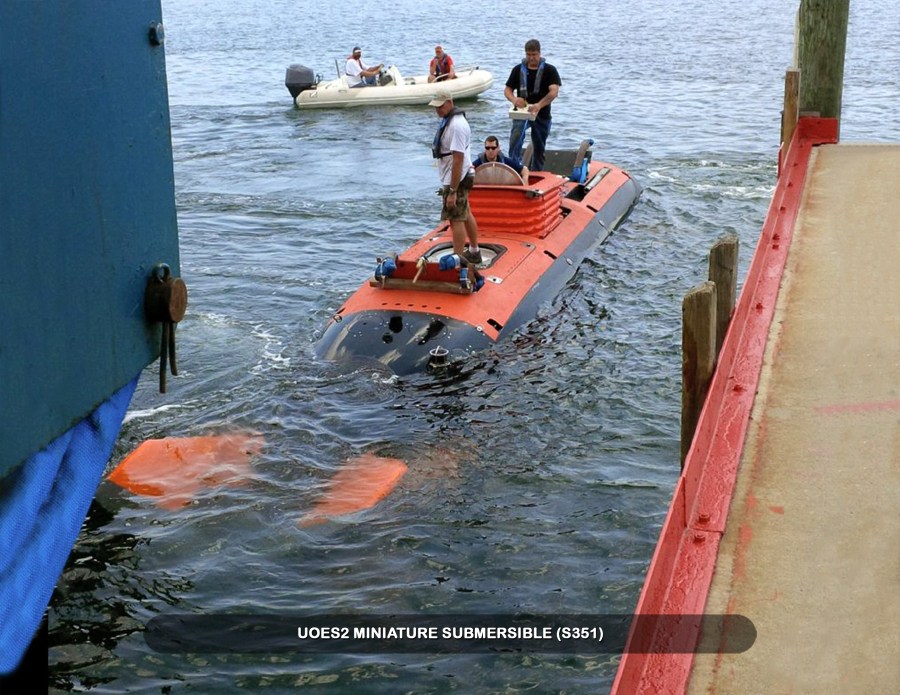 Army says National Guard, reserve forces must be vaccinated to participate in drills